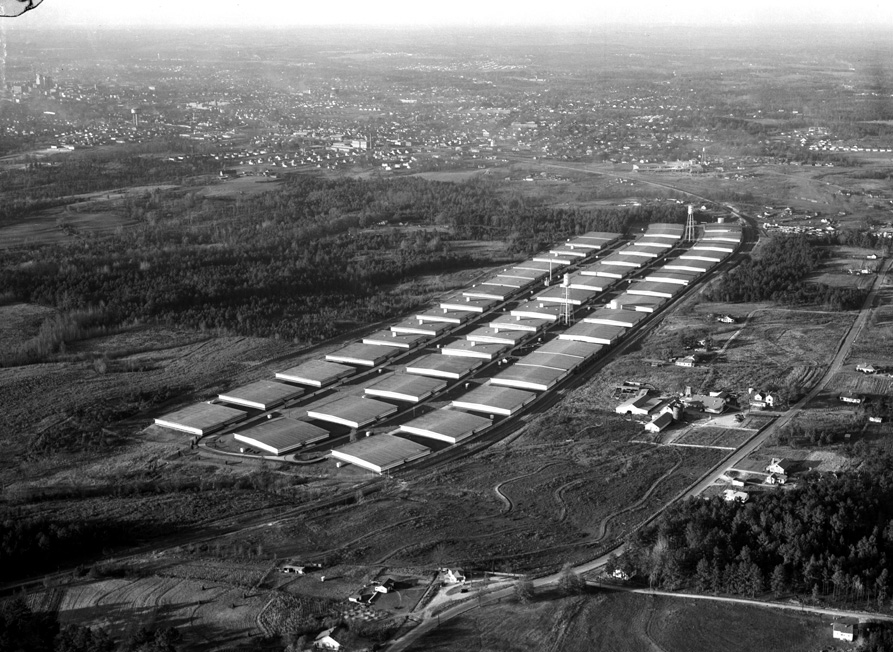 The former homeplace and dairy of YE Smith, the acreage near Ellis Road was redeveloped by American Tobacco in 1930 as tobacco storage warehouses. 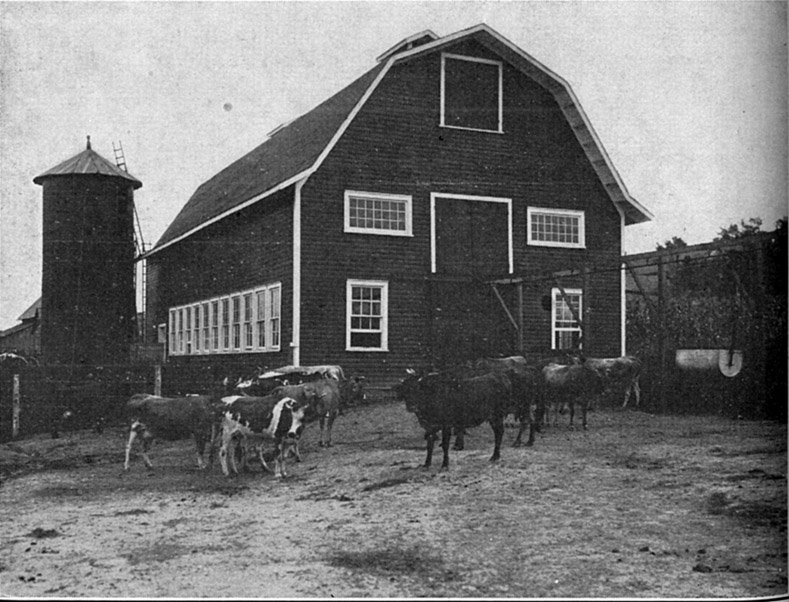 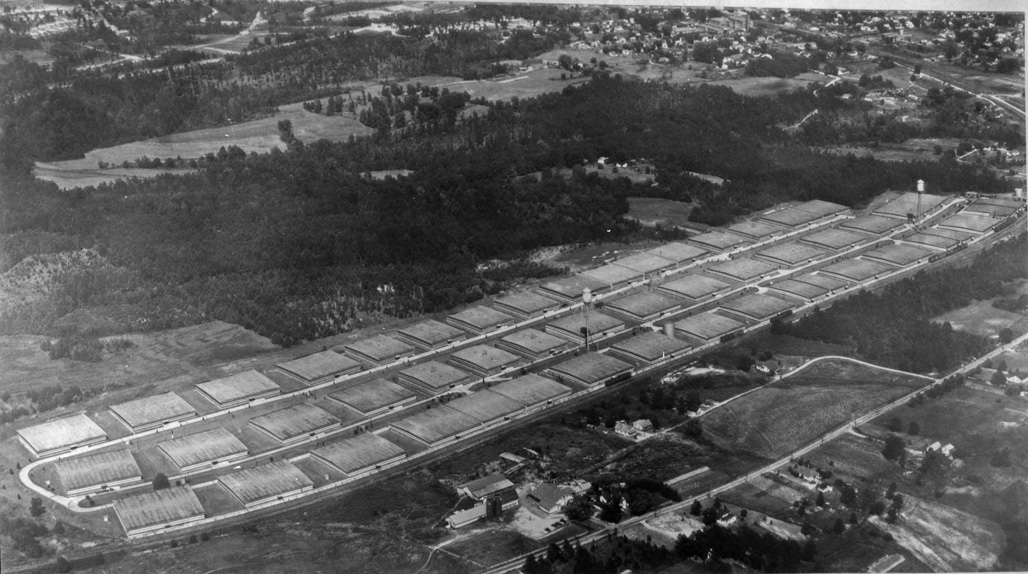 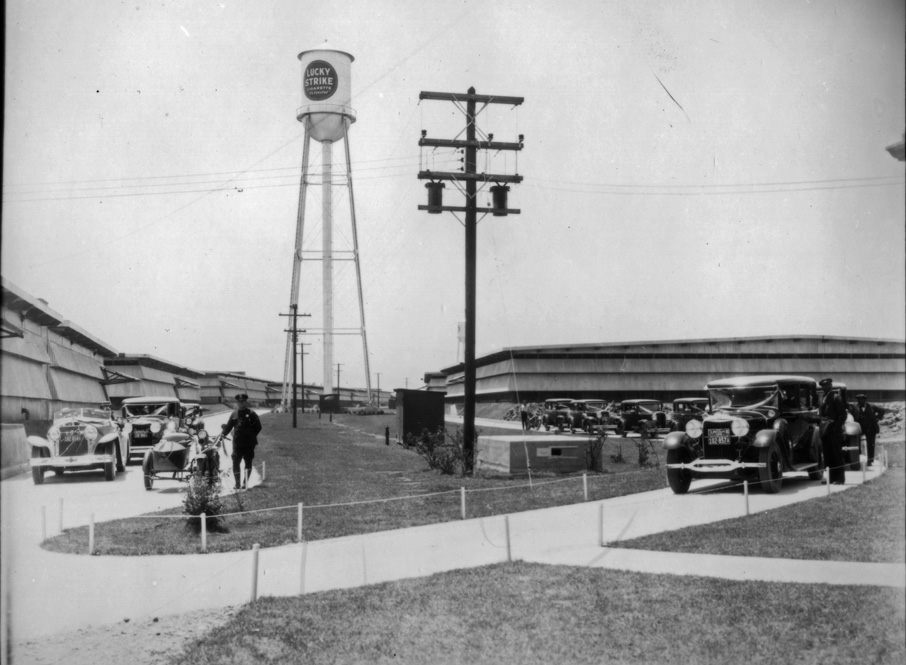 View from the middle of the warehouses, ~1940.
(Courtesy Duke Rare Book and Manuscript Collection)

1950s view of the warehouses.
(Courtesy The Herald-Sun Newspaper) 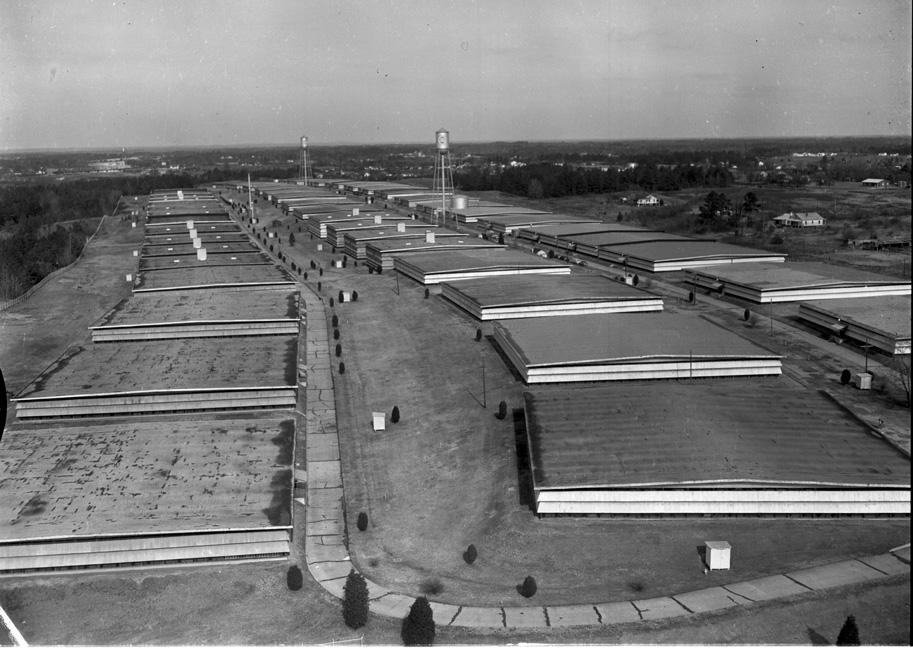 1950s view of the warehouses.
(Courtesy The Herald-Sun Newspaper)

These warehouses are still in existence - a fairly impressive 64 acres of warehouses owned by an LLC. You may have caught a glimpse of them from the Durham Freeway, or wondered what in the world all those buildings were while poking around on Google Earth. I'm not sure how they are used currently, but I'm somewhat fascinated by this site as an example of how invisible large land uses can be if they are inaccessible - The size of this site isn't visible from Ellis Road - there is only a single vehicular access to it. 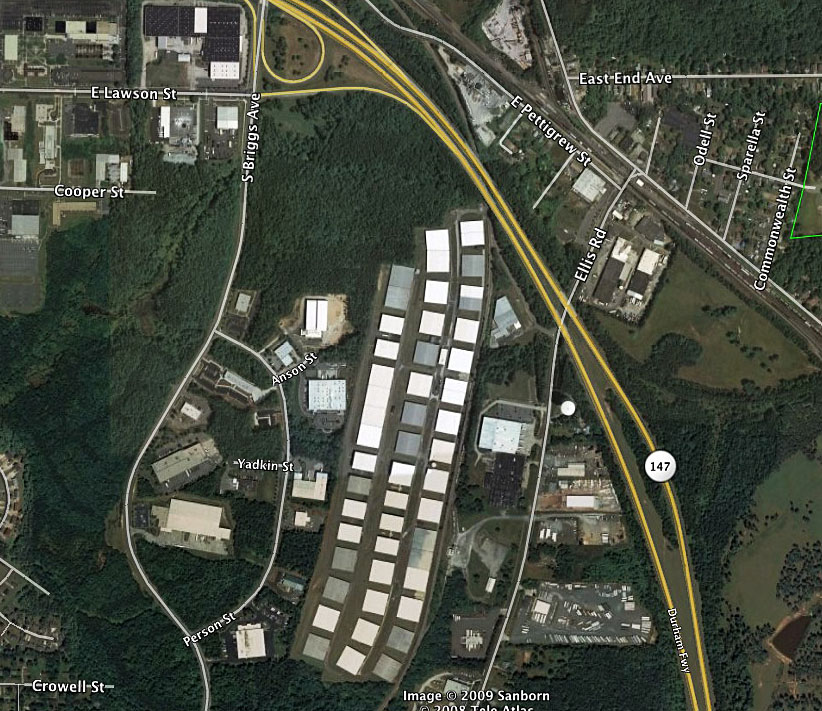 Satellite view of the warehouses, 2007

As of august of 2019 these warehouses have been mostly demolished

By coincidence, I just

By coincidence, I just noticed these on Google Earth for the first time ever, last week. WTF-hugeness?! I thought.

Any more info on who the un-named LLC?

Saw they were building a road

Saw they were building a road to connect on Briggs Road. Heard that several high profile Durham/national businesses are using the buildings for storage.

My grandfather was a night

My grandfather was a night watchman at these warehouses. After WWII, he lost his job at one of the mills because he was not a US citizen and was considered to be an alien from England. I remember going with my mother to take him to work.

You can see a glimpse of

You can see a glimpse of these things when heading south on the Durham Freeway. I had no idea just how far back they extended though.

What are they used for now? There are several vehicles back there visible on google maps.

The pictures are a real treat

The pictures are a real treat to me. I grew up on Ellis Road across from the warehouses. Back then I could see the outline of the city of Durham from the front yard. Hear the old trains on the railroad tracks next to the ware houses. etc.

Any photo showing area on the

Any photo showing area on the right of ellis road?