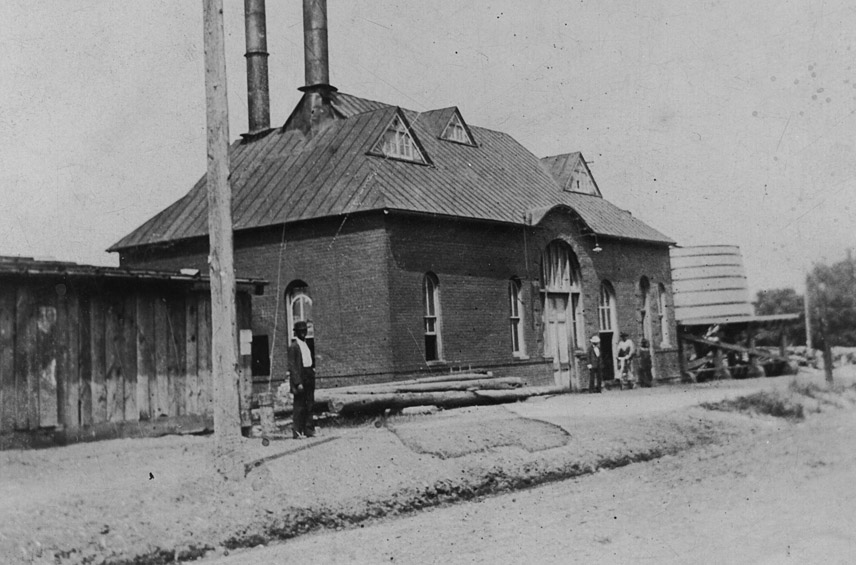 Looking southwest near the intersection of E. Peabody and S. Roxboro (actually closer to Pine St., which did not originally line up with Roxboro, but terminated at the tracks just a bit further east,) 1890.
(Courtesy Duke Archives)

The Durham Electric Lighting Company was Durham's first electricity provider, organized in 1885 by Julian Carr, Eugene Morehead, and George Watts. The City of Durham granted the company the right of exclusive provider of electricity to the city with a 15 year 'franchise".

The powerhouse was located at Peabody and Roxboro Sts., pictured above.

The company began by providing street lighting, but by 1888 had begun supplying electricity to homes and businesses as well. Most notably, Julian Carr's Somerset Villa had a cornucopia of early electric embellishments.

Jean Anderson recounts that the company tried to increase its profit by only supplying electricity on moonless nights, which caused disagreement with the city.

In 1899, the company suffered a major setback when their power plant exploded. 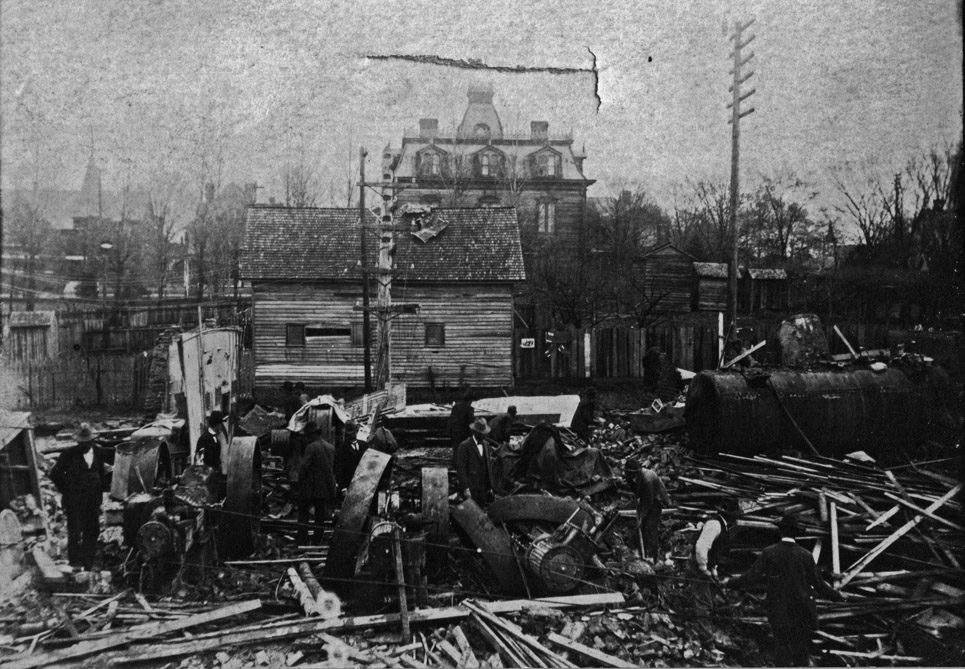 Looking north from near Pine and Peabody, 1899.
(Courtesy Duke Archives)

As to this location, it was never again used for a building, sitting idle until it became parking for the Johnson Motor Company, and, eventually a parking deck for Durham County. By the 1970s, the Peabody St. intersection with Roxboro was eliminated in favor of the overpass connecting Ramseur with the downtown loop.

The significance of Duke

The significance of Duke Power coming in was that the electricity was generated at hydro projects in the western part of the state. Up to that time, every town had a powerhouse (which must have been pretty noisy and smoky!). They disappeared quickly as Duke Power and Carolina Power and Light took over town and city franchises.

Duke University today operates a coal-fired plant in the middle of the Medical Center. I know it produces steam but I don't know about electricity.