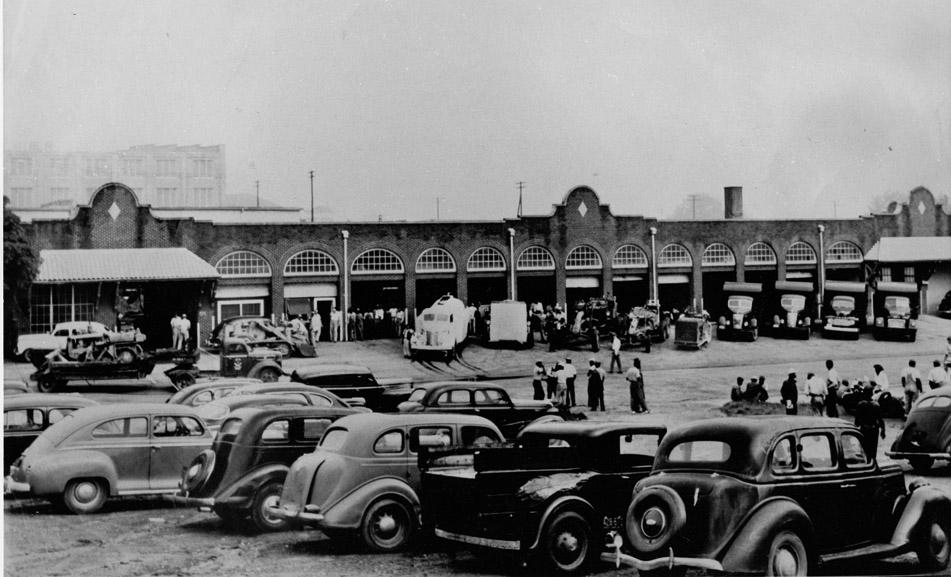 The Durham City Garage was built in 1930 to house a burgeoning fleet of non horse-powered city vehicles. In 1931, the city Sanitation department was the primary user of the space. The long brick facade held at least 13 bays that could be used for vehicle storage and maintenance. 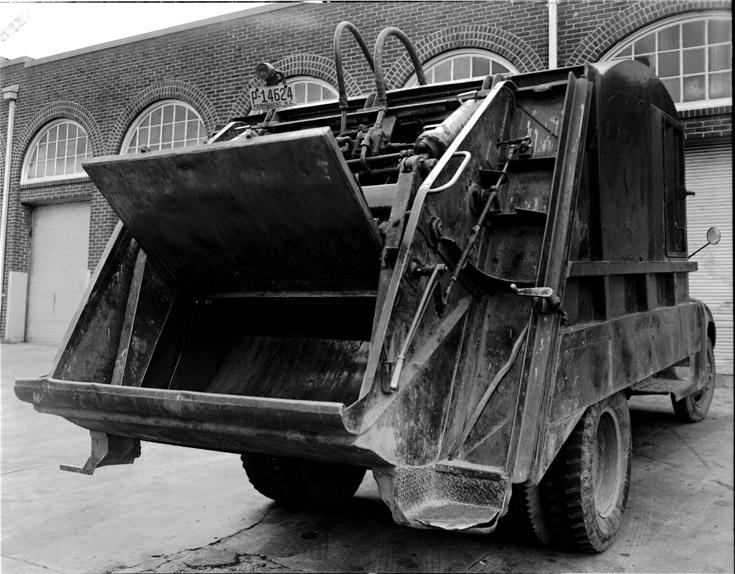 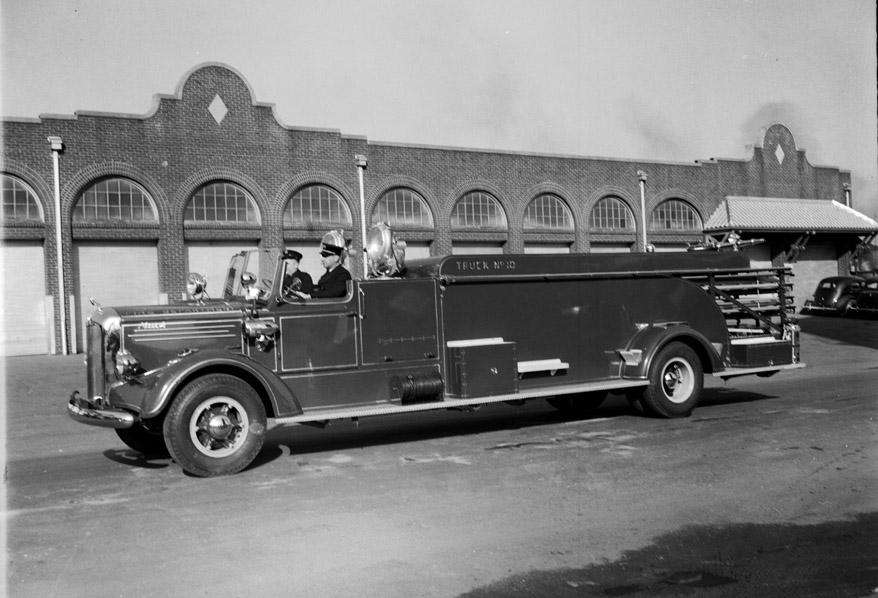 In 1950, the sanitation department established headquarters elsewhere, and the city garage was devoted solely to fleet maintenance.

City Garage from across Washington and Corporation Sts., 11.20.63.
(Courtesy The Herald-Sun Newspaper)

Of note, Washington St. once ran directly in front of the city garage (between the garage and the fire tower.) The above picture documents the roadwork to close that portion of the street and realign Corporation, Washington, and Morris.

In 1980, three city departments moved into the garage: parks and recreation, asset management, and transportation. The garage housed 100 city vehicles at that point.

In 1997, a group first proposed renovating the garage, but the deal fell through. In 1998, Todd Zapolski (and his firm Zapolski + Rudd) purchased the building from the city; the city agreed in the deal to move the three city departments to other buildings. Zapolski and Rudd renovated the building into office space, renaming it City Place. The building opened in 1999.

I returned to Durham in 1997, and, this, to me, is what I remember as the first comer in the still-ongoing wave of downtown renovation in Durham. Zapolski and Rudd seem to have split up at this point. Although his name was mentioned in connection with the old Geer Building site downtown, Zapolski seems to have moved on to various suburban developments in the Triangle - and historic developments elsewhere. But I believe that his office is still located in City Place. 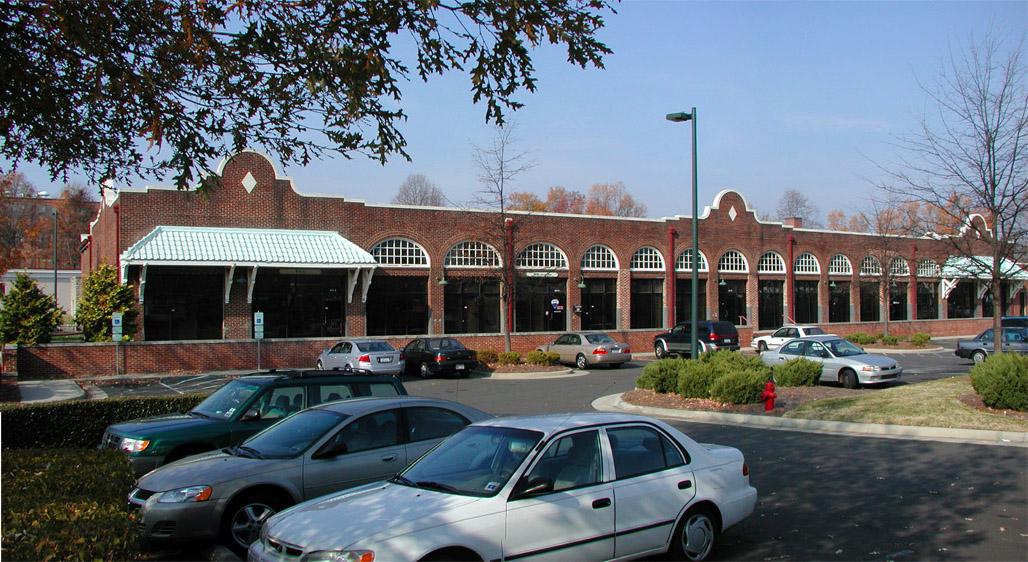 Would have been neat if when the property was renovated that they would have used garage door like windows instead of the predictable ones that are there now. I suppose if someone wanted to do that, it could still happen. Also, it would look a little more industrial if the windows that are there now were painted that steel grey like West Village. This would definitely make the windows stand out a little more. Regardless, it is still an attractive building.

I agree with Myers. The building has lost the feeling of a garage--esp. with the brick wall up front.

"...this, to me, is what I remember as the first comer in the still-ongoing wave of downtown renovation in Durham." *musing* This surprises me. I would have thought Brightleaf Square would be on the short-list for possible "first comer" status.

Please don't misconstrue this as a complaint, nor as criticism; it's intended as neither. I was delighted to stumble across this site and have spent HOURS perusing your posts and enjoying comments left by long-time residents. I lived in Durham from 1958-1989. Best regards!

What's the (to me, mysterious) tower that stands in the parking lot of this building, across from the DAP? You can see it in the 1963 photograph.

Jacob, that's the fire-training tower. I have no idea if it's still standing, but it was where the fire department would teach trainees how to enter/exit smoke-filled buildings. I seem to recall that the trainees would "rescue" dummies (stuffed ones, not local elected officials). AFAIK, they never actually set it on fire. :) Don't know when it was built, but it was there throughout the 60's and 70's, for sure.

It's definitely still there: I wonder about it each time I walk to the farmers' market. I had wondered about it being a fire training tower, but had dismissed it because it seemed to have too many windows, and seemed to have more architectural details than I would have expected such a structure to have. Shows what I know!

Whenever I avoid talking about the elephant in the room, it seems to be the topic of conversation; the fire tower will be tomorrow's topic.

I don't consider Brightleaf the first-comer in the current wave. I consider it part of an earlier wave that included the Bullington and the various early-mid 1980s developments such as Durham Center. It seems to me that a development gap ensued after ~1986 or so, punctuated only by public sector projects such as the jail and the ballpark. In my opinion, the 1999-2001 period of West Village and City Place represents a separate wave that is still ongoing.

I'm sure Gary will enlighten us tomorrow, but I was under the impression that the tower wasn't originally built for training, but was actually for watching for fires. Before phones, there wasn't a good way to get a message to the fire department that a building was on fire rapidly. So, as I understand it, someone would be stationed at the top of the tower, looking for black smoke.

My guess is that after fire towers became obsolete, it became the training tower.

Great post. One of the tenants of the City Place building was the record label Sugar Hill Records, which recently shut down its Durham office and moved somewhere in TN.

I think it's a "hose tower." Fire hoses have to be hung up to dry after they are used. Old fire houses always have a tower attached. (I think newer fire houses have some higher-tech way of drying the hoses.)

The tower was built for training originally. The FD never used it as a look out tower. The city had pull boxes (alarm boxes) on the corners of the streets. When you had a fire, you would go to the nearest alarm box and pull the lever (like a pull station in businesses). This sent an electrical signal to station 1 and it would punch a piece of paper on what location it was at. Then the department would respond to that corner or location and you would wait there to show them where you actually lived.

My father, James Baron "Joe" Morris, was the foreman at the city garage until his death about six weeks prior to the 1963 picture above.