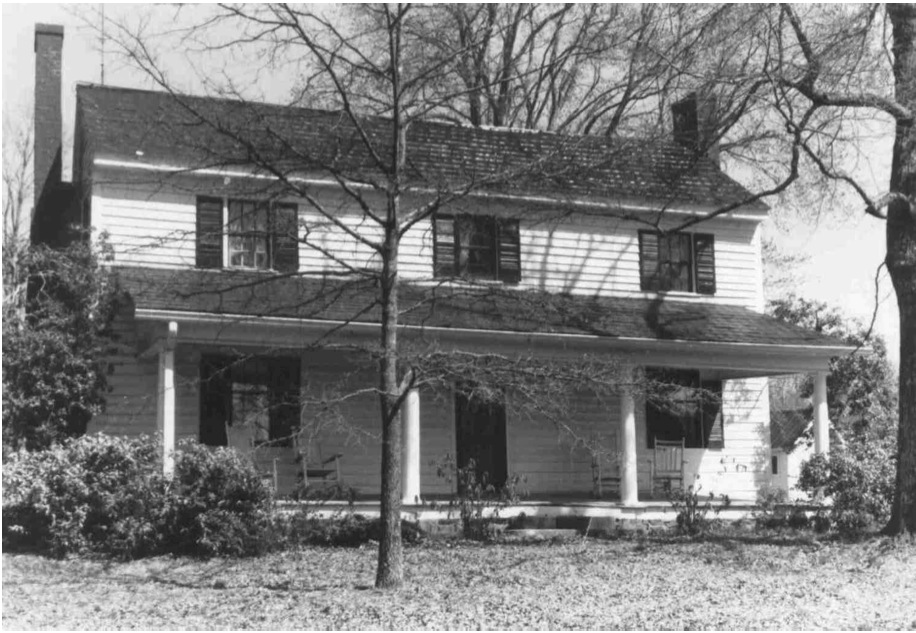 From the Durham County Inventory:

Its age, excellent state of preservation and imposing style make this frame I-house one of the most significant antebellum dwellings in Durham County. Here Federal features such as mantels with flat-paneled friezes and interior doors with six flat panels are combined with double vertical paneled doors and a full-facade shed porch with Doric columns of the Greek Revival style to create a handsome transitional dwelling. Other notable early features include six-over-nine sash windows on the first floor, six-over-six on the second, delicate moldings around windows and doors, and a boxed and molded cornice. A wide center hall on the interior has an open stair with slender turned newels and plain balusters that rises in two runs with a landing in between.

An early deed indicates that a house was in place when John Burroughs purchased land that included the present farm from a member of the Caine family in 1836. Tradition relates that the house was built for Dave (David) Patterson and sited to face his brother’s home nearby (in Orange County). Perhaps the house was constructed in two phases though evidence for this is slight. The front facade is slightly asymmetrical, and a single-shouldered end chimney on the east facade, built entirely of brick laid in Flemish bond, may predate a fieldstone and brick end chimney on the west facade. A rear ell, constructed in 1917, was updated to include a modern kitchen in the 1940.

Late-nineteenth and early-twentieth-century outbuildings near the house include a large frame barn, two frame corncribs, a 1940s garage, a well house, a log chicken house and a log tobacco barn. 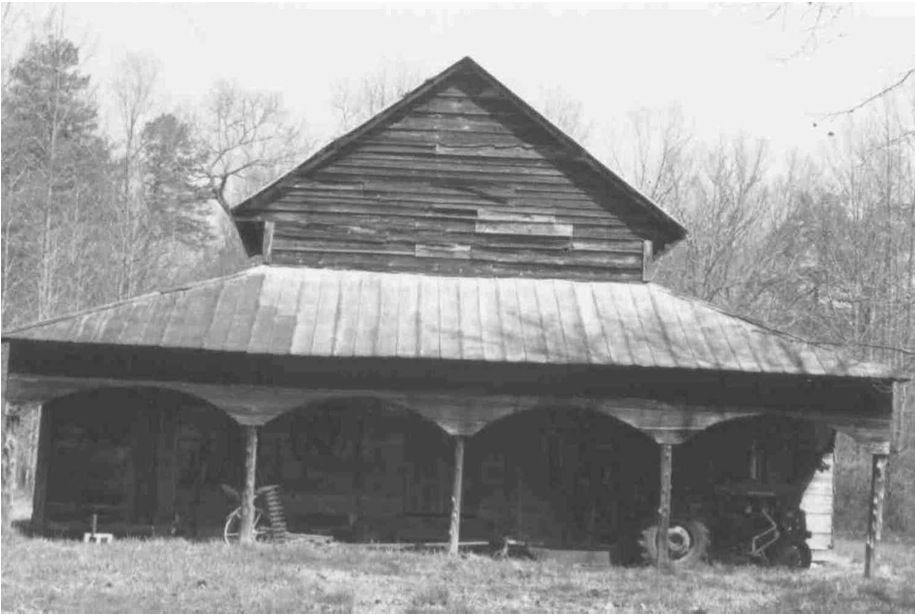 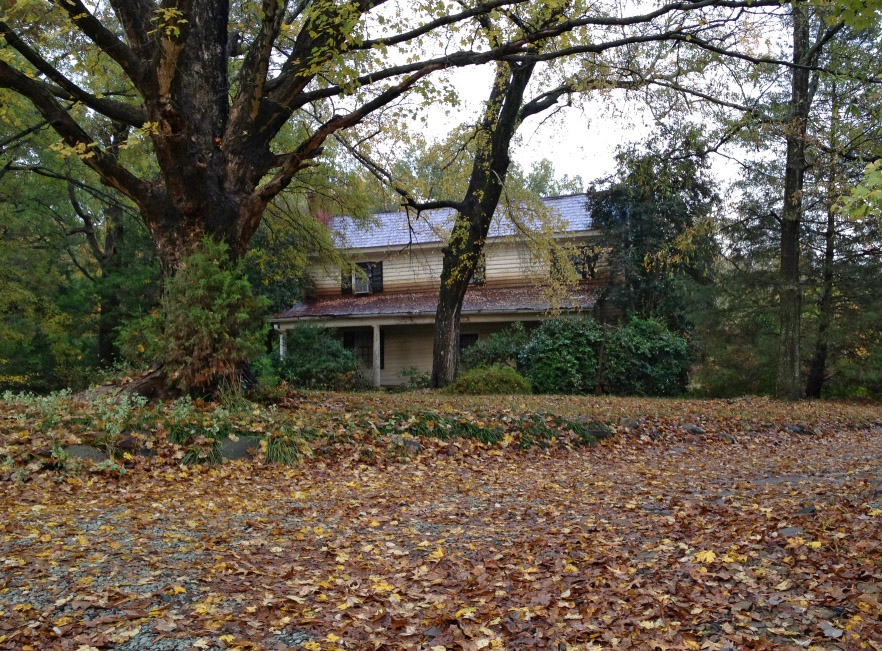