One-story substantially altered hip-roofed Ranch house with board-and-batten and brick exterior, replacement wood casement windows, inset front porch substantially altered with wing on north end, and added bays with copper roofs. According to the city directories, Charles and Jane Haynes were the first owners of the house; Charles C. Haynes Jr. was president of the Charles C. Haynes Construction Company, which had an office at 212 W. Main Street. This was the first house built on Exeter Way.

The house was substantially enlarged and renovated in 2010 by Jimbo and Emily Huckabee, Rodney Ward was the designer for the project.  They have added additional porches and landscaping since these photos. 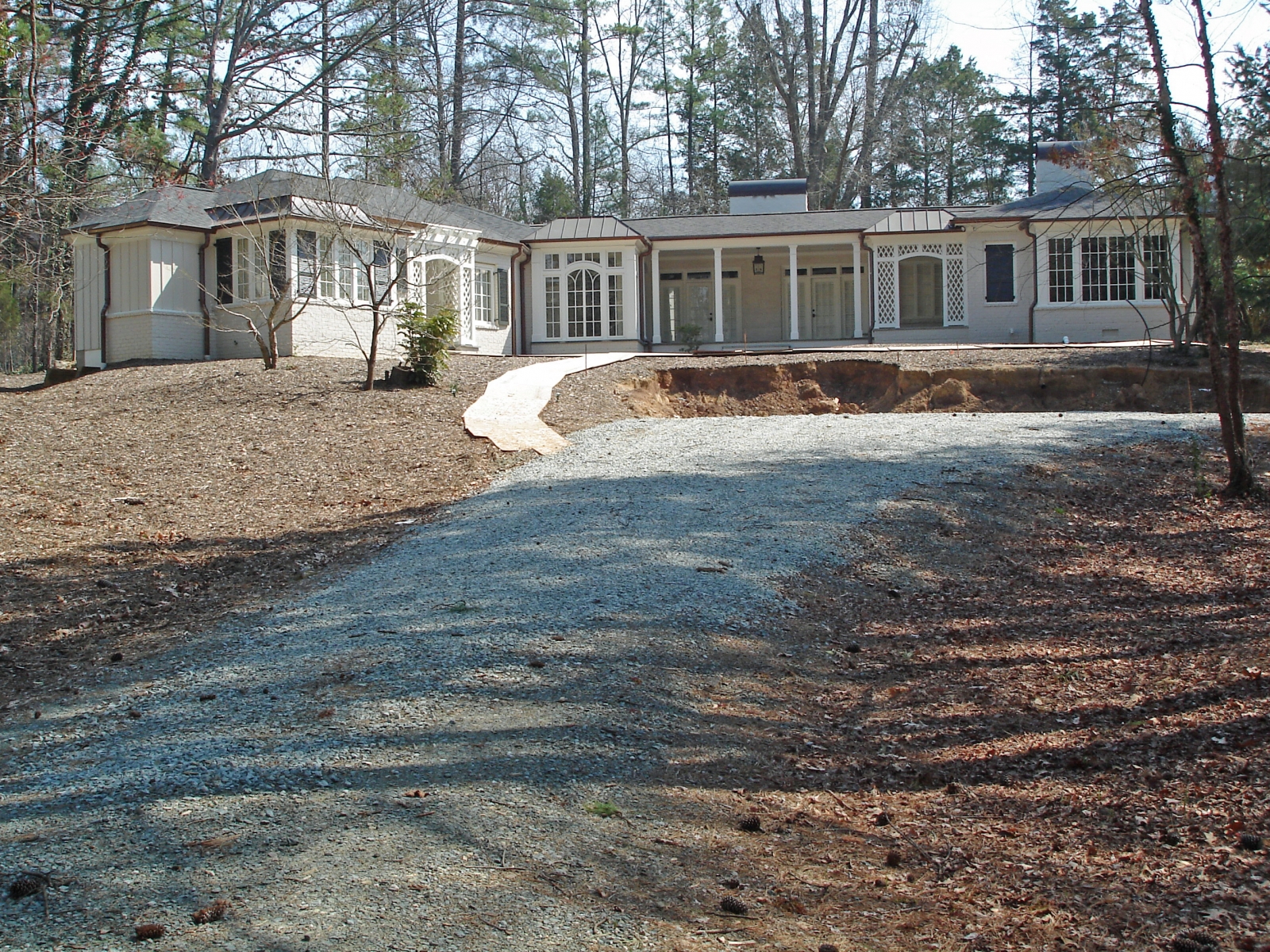 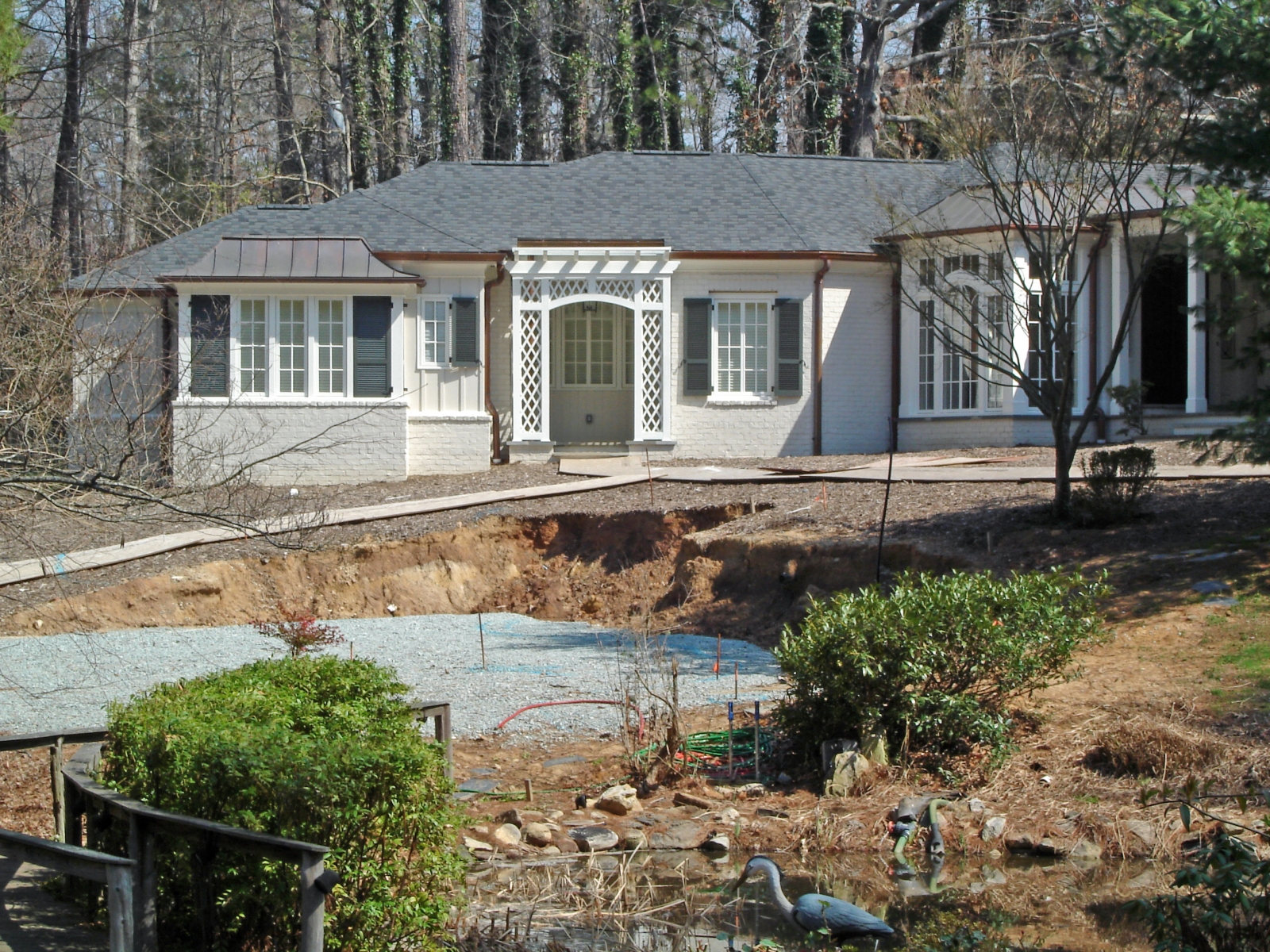