Carrington Street
Durham
NC
Cross Street
West Lakewood Avenue
Neighborhood
Southside
Can you help?
You don't need to know everything, but do you know the year it was built?
Log in or register and you can edit this. 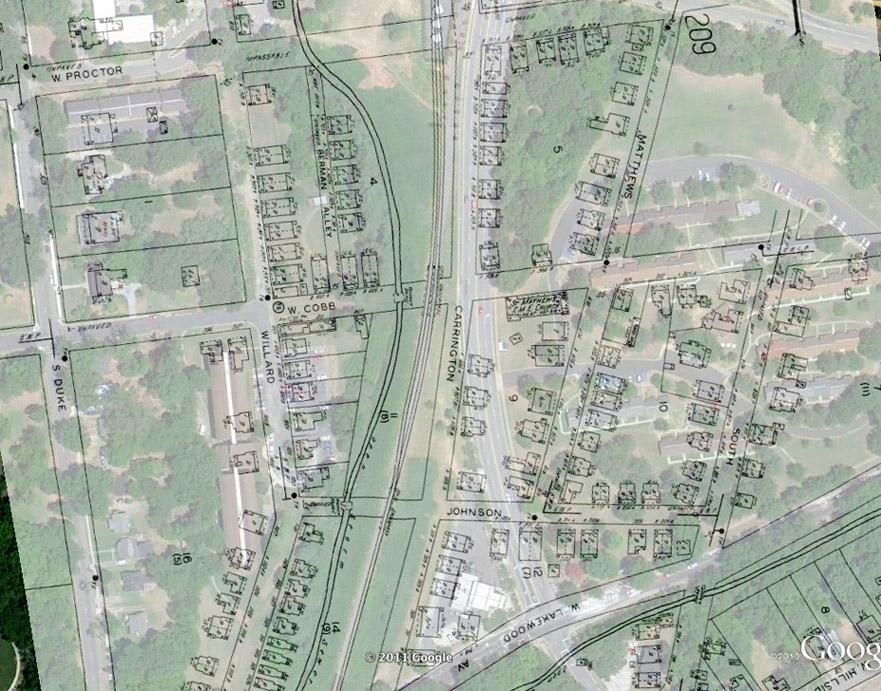 Part of "The Bottoms" - the area between Carrington and Willard was primarily African-American, and impoverished. The small shotgun houses were an early focus of concern over bad housing conditions. I've written previously about the portion of Willard St. located in the Bottoms.   Although the photo below was under the headline "Carrington Street Houses condemned," I wonder based on the above map if these are houses on Berman Alley instead. Note the relatively early date of 1949, however - the same year the Housing Act of 1949 was passed, which created Urban Renewal and widely expanded funding for housing projects. 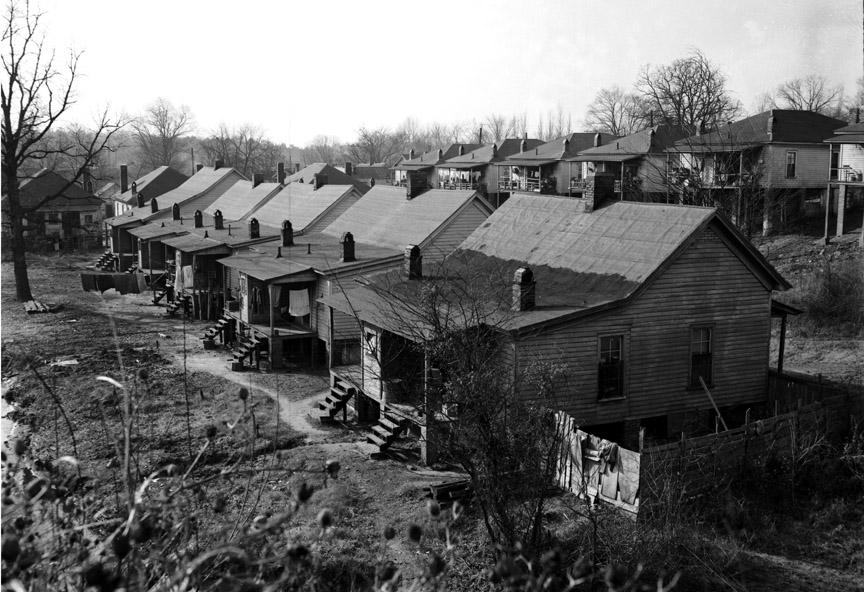 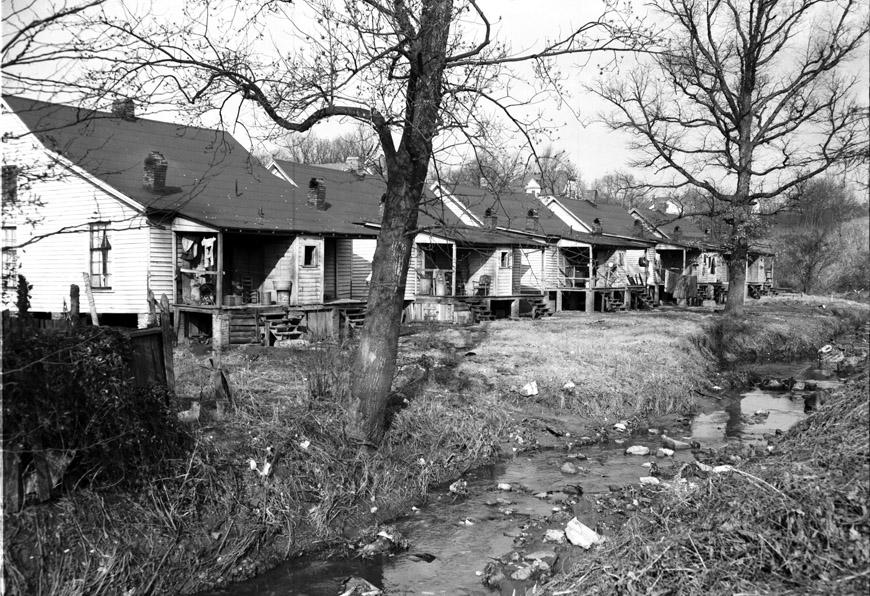 "Carrington Street Houses Condemned" 12.21.49 (Courtesy The Herald-Sun Newspaper)   It doesn't seem that these houses were actually cleared until much later, though - in the great demolishing of the 1960s.    Carrington St. itself was obliterated from the map with the extension of Blackwell St. to the south (from Morehead to Lakewood) in 1971. 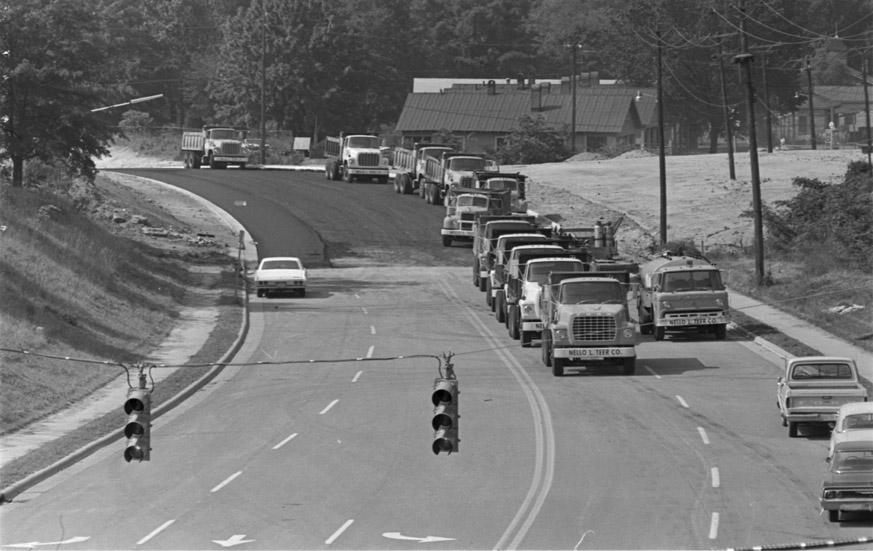 Extension of Blackwell Street, 06.04.71. Two houses along the former ROW of Carrington St. can be seen in the background to the right of the street.   Below, a modern view of Blackwell - the path of Carrington in relation to the current street can be seen in the top overlay, but you can still see the 'crimp' in the sidewalk in the picture where the original street crossed. 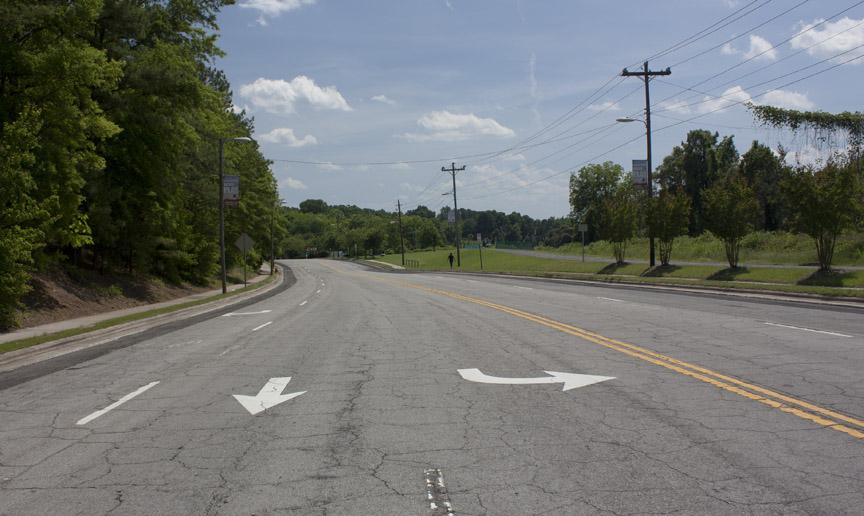 Carrington Street, 05.21.11   The gas station at Lakewood and Blackwell was originally located on Carrington St., which passed on the other (west) wide of the building. 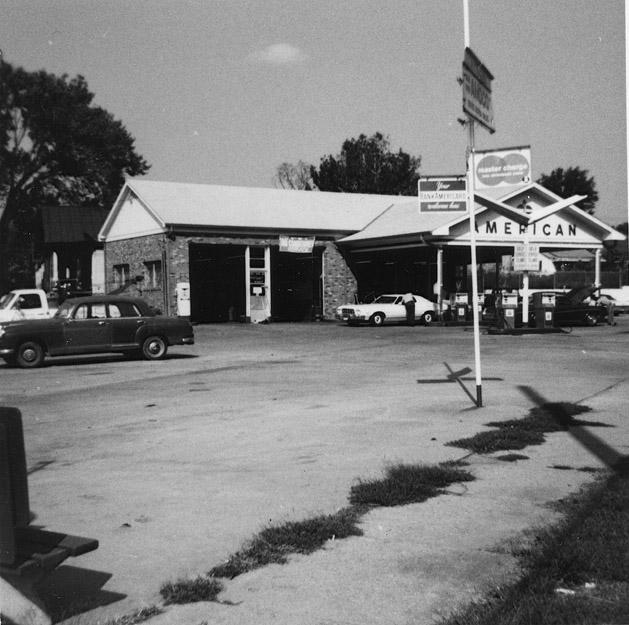 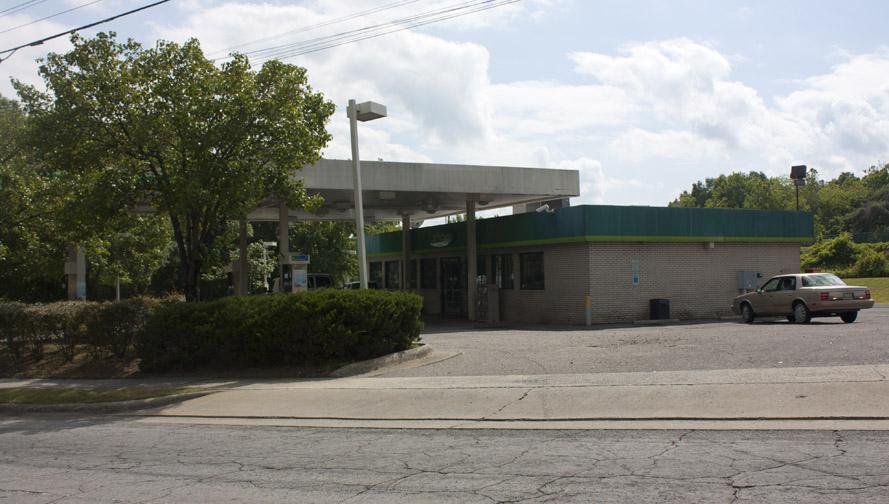 Fascinating changes over time. I'm still having a hard time processing how totally the city -- even the street grid -- was changed by urban renewal & the freeway.

@Gary - I agree that the pictures labeled "Carrington Street Houses Condemned", 12.21.49, are actually of the five houses on the east side of Berman Court. The location of the creek makes that quite clear.