300
North Duke Street
Durham
NC
Cross Street
Fernway Avenue
Year built
1926
Construction type
Masonry
Brick
National Register
Brightleaf
Neighborhood
Downtown West
Use
Tobacco Warehouse
Offices
Building Type
Industrial
Can you help?
You don't need to know everything, but do you know the architect?
Log in or register and you can edit this. 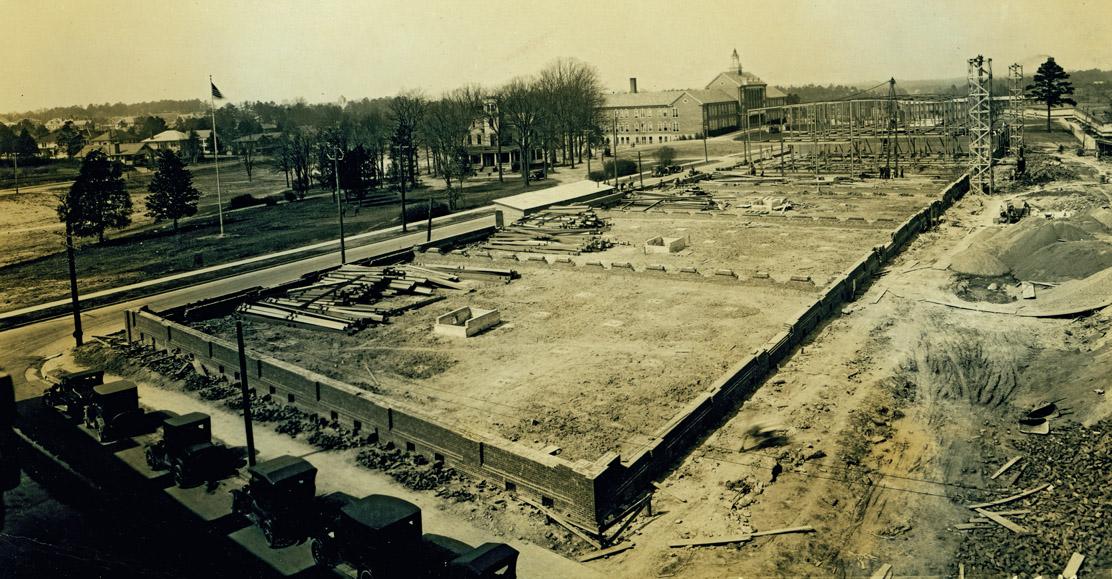 The Carmichael, Bullington, and White warehouses, extending generally north-south along Duke St. were built by Liggett and Myers in 1926-27 for much the same purpose as the previous warehouses (such as the Toms and Hicks to the south) - the storage and drying of tobacco.

The Carmichael and White were completed in 1926 and the Bullington in 1927. Unlike the earlier warehouses, these, although brick and possessing some echoes of the earlier warehouses, are significantly less detailed. Some of this loss of detail was functional - these warehouses had louvered ventilation windows on the sides of the warehouse as opposed to the ventilator chimneys on the Toms and Hicks, Watts and Yuille, etc. 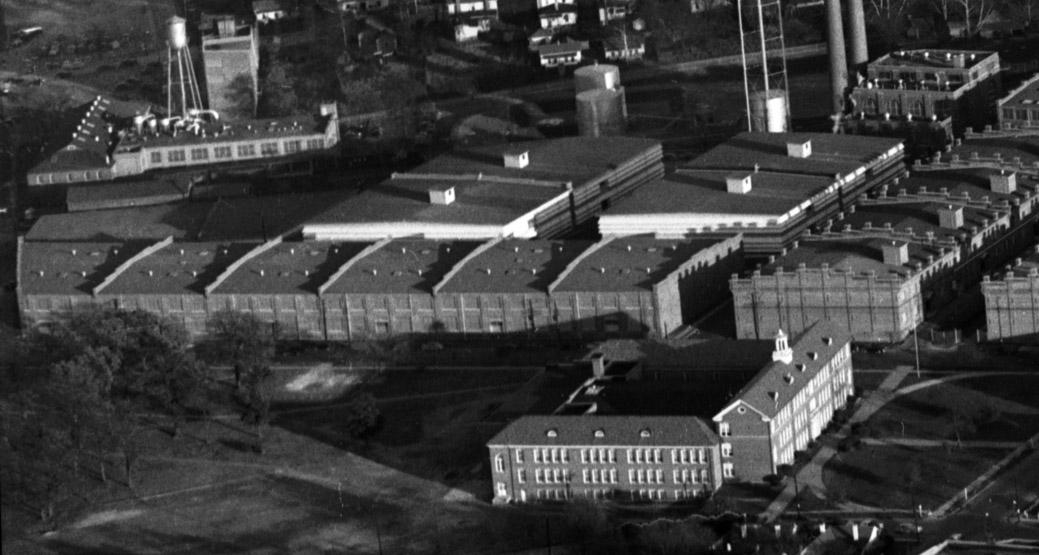 Looking east, 1948 - the Carmichael warehouse to the left versus the Toms and Hicks to the right.
(Courtesy The Herald-Sun Newspaper) 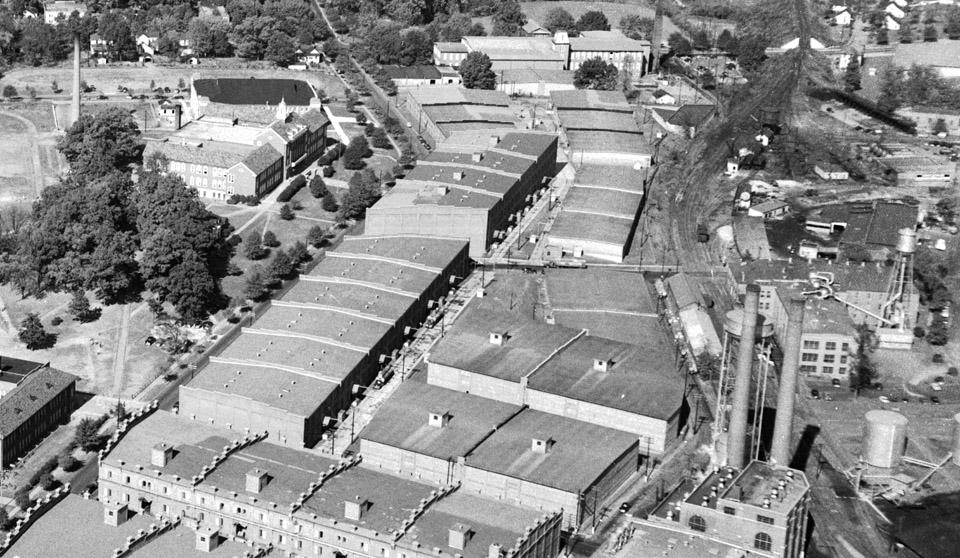 Looking north, up N. Duke St. at the 3 warehouses along the roadway - also note the loading arms above the individual bays on the east side of the warehouses.
(Courtesy The Herald-Sun Newspaper) 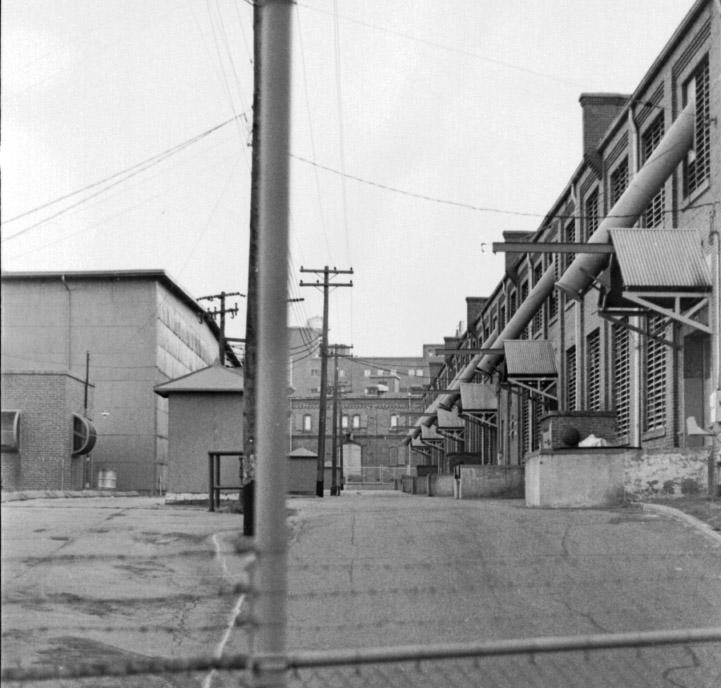 Around 1982, the Bullington was converted to condominiums. The Carmichael was converted to office use, currently occupied by Durham County Social Services, and the White to office suites. The Bullington is perhaps most intriguing as one of the earliest efforts to rekindle residential life anywhere near downtown through historic renovation of earlier commercial structures. Although it seems that it was quite successful, from what I've been able to tell, it oddly was not repeated in any substantive way - it took a good 18 years for additional significant residential development to occur downtown.

I don't know if the Carmichael warehouse will empty once the Human Services Complex is built at East Main and Dillard, but it would be interesting to see this building improved on a bit.

Looking northeast at the Carmichael and Bullington, 12.09.07 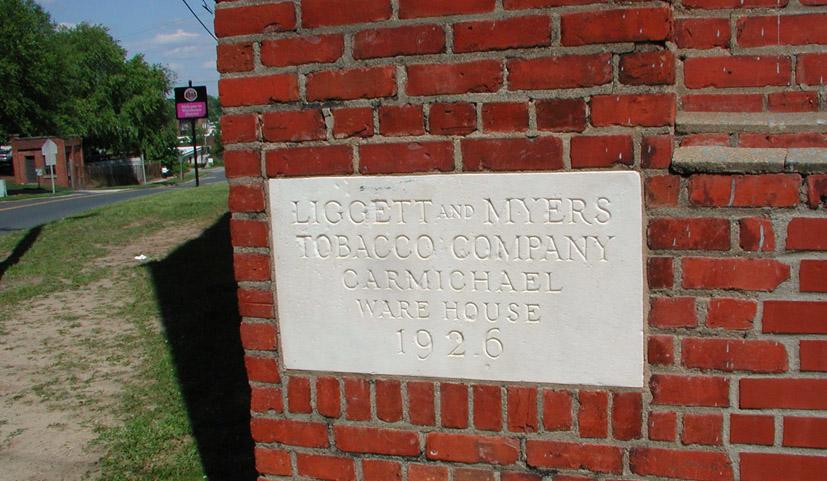 My website would be a lot easier if every building had one of these.


As of 2011, Durham County announced that they had received a $6.8 million offer for the building from Duke University and voted to open an upset bid process on the building. It's an interesting move by Duke, which has leased space in numerous development projects downtown, often acting as an anchor credit tenant - including American Tobacco, West Village, Erwin Square, Brightleaf, and 323 Foster Street. But aside from a purchase of the Smith Warehouse, which could have been construed as a border protection move, they have not acted previously to purchase or construct/redevelop standalone assets in downtown.

I assume you meant Carmichael where you said "Carrington?" Or is that something else?

Great article! I work for the Duke Molecular and Physiology Institute and we will be moving into the Carmichael Building soon. It is nice to know the history of the building!