2810
Lawndale Avenue
Durham
NC
Cross Street
Hillsborough Road
Year built
1920-1935
Year(s) modified
1960
2002
Construction type
Frame
Neighborhood
Old West Durham
Use
Residence
Building Type
Residential
Can you help?
You don't need to know everything, but do you know the architect?
Log in or register and you can edit this. 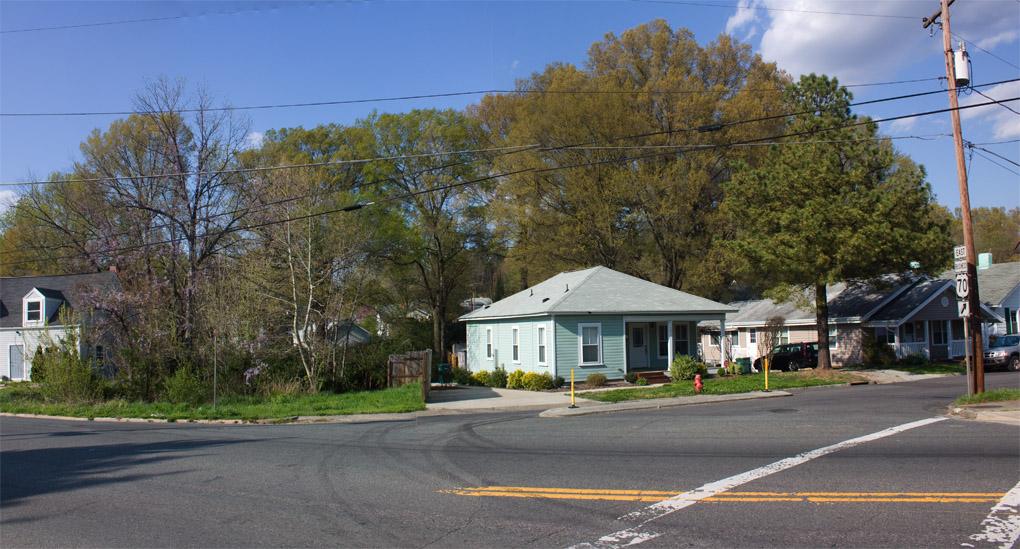 About 10 years ago, amidst the apartment complexes and similar on Lasalle St., there remained three modest early 20th century houses, side-by-side. One day in late 2001, I was driving by these houses, when I saw the telltale signage presaging their imminent demise for development. The sign, though, offered that the houses could be moved off site by a willing party.

Back then, fairly new to preservation in Durham, I was working with now-Preservation Durham on their new Endangered Properties Committee, and we set out to see if we could find a likely destination for any of these houses. John Schelp and I met at the houses and tried to assess which ones were viable - we decided that two of the three were likely in good enough shape to be moved.

After searching for quite awhile - focusing on lots in Old West Durham, we honed in on two Durham County-owned lots at the intersection of Lawndale Ave and Hillsborough Road. Only one of the lots was really viable for a house move, and we eventually settled on one of the Lasalle St. houses to move to 2810 Lawndale.

Little did I know that this would be the second move for the house, the Blackman house, originally located on Erwin Road near LaSalle St. The house, and the other two were evidently moved from Erwin Road in the 1960s, per the Old West Durham neighborhood site.

The county donated the lots on Lawndale to Preservation Durham. In September 2002, the house was moved to 2810 Lawndale. 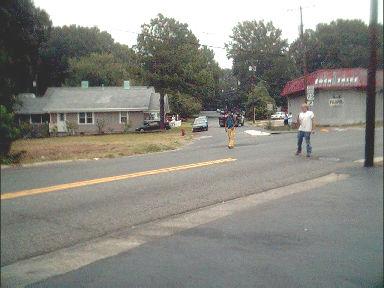 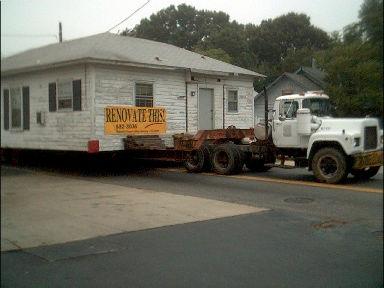 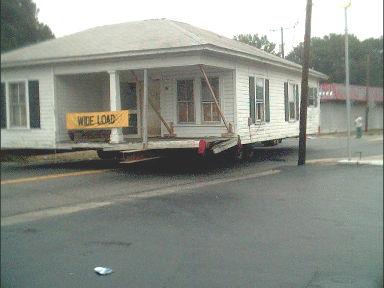 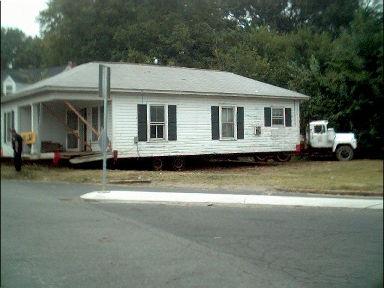 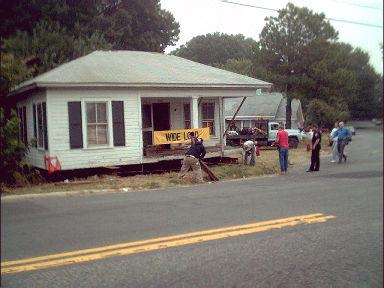 Preservation Durham sold the house to a buyer who renovated the property and resold it. The Lasalle property was converted to apartments and a gas station. 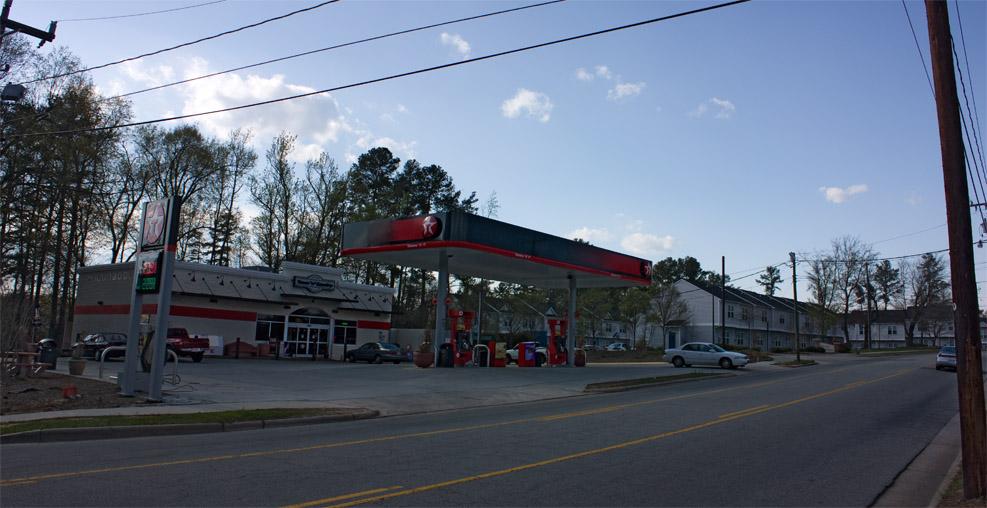 I live in this house now and love it. Thanks for helping to preserve it!

And now nice it would be if Durham's City and County governments were leaders in this kind of collaboration.

I almost bought this house in 2004. It absolutely broke my heart when I couldnt due to some differences with the Historical Society. we had such visions for it. But it was not meant to be, and I think it looks gorgeous now, tidy and modest and lovely.

The apartments now on the LaSalle St site are actually condos. They cost $99,500 new. Many (most?) of the owners rent them out through local management companies to Duke grad and professional students.

The gas station is the second on that site. There was a Kangaroo there from the late 1970s to the mid 1990s. I'd run into Coach K a couple times a year buying gas. It was vacant until 2 years ago when it was demolished and a new convenience store/gas station was built. Haven't seen Coach K there yet!