methods.  The lengthy three-year construction period is explained by this reversion to medieval

techniques.  E. Hayes Clement, who was the principal stone contractor for the West Campus of

Duke University, began construction of this house for his own residence in 1932, according to

framed with the same eight-inch by eight-inch oak beams that were used in the Duke Chapel.

authentic half-timbering with pegged beams and stucco infill.  Cut limestone was used for the

porch surround and the windowsills.  A principal feature of the main facade is the enormous

than 200 houses in his career, lived in this house for only two years before financial difficulties

forced him to sell the property.  He was succeeded in the home by Dr. and Mrs. Edwin P. Alyea.

Dr. Alyea was the first Chief of Urology at Duke Hospital.  A Charlotte landscape architect 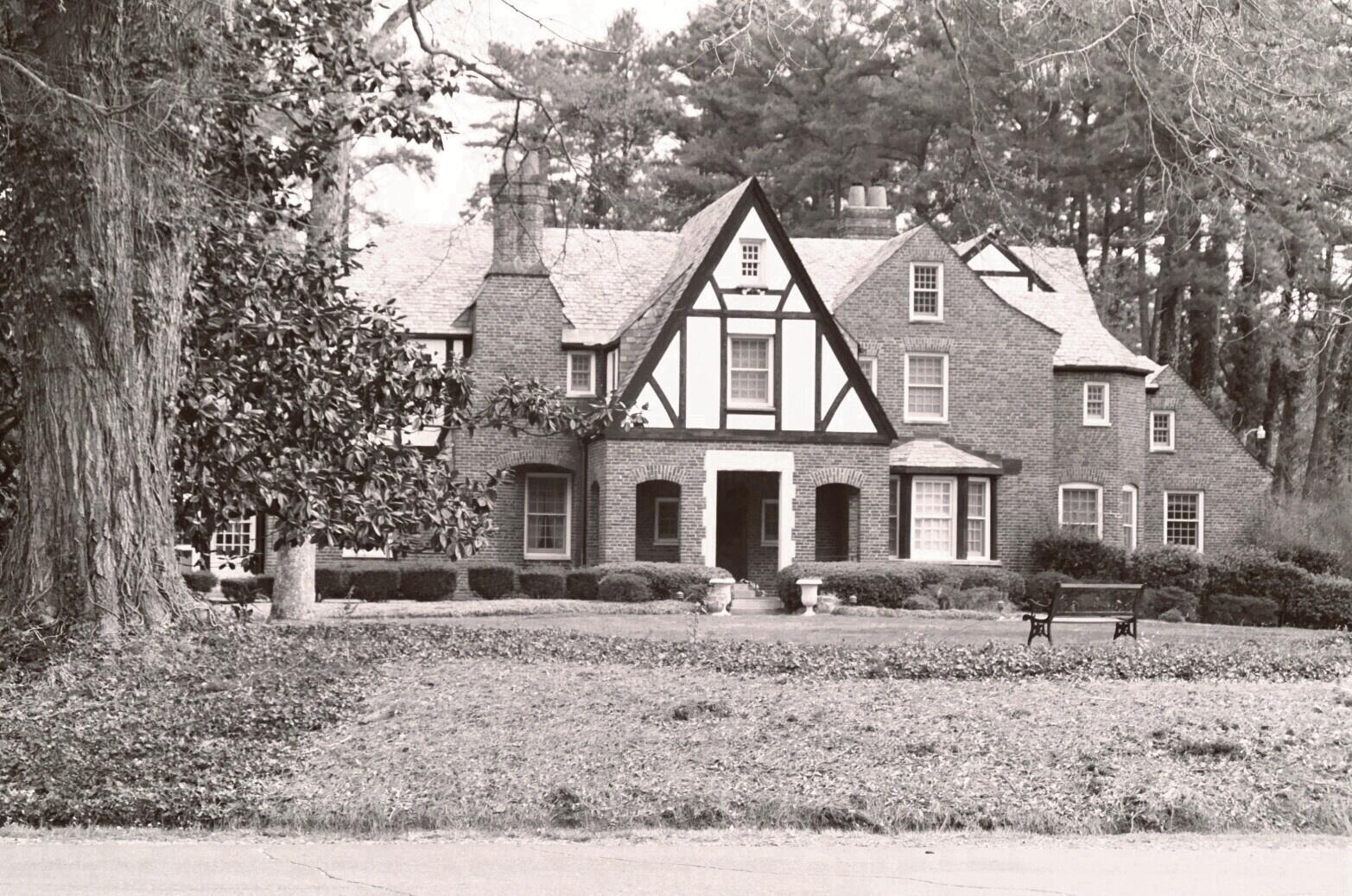