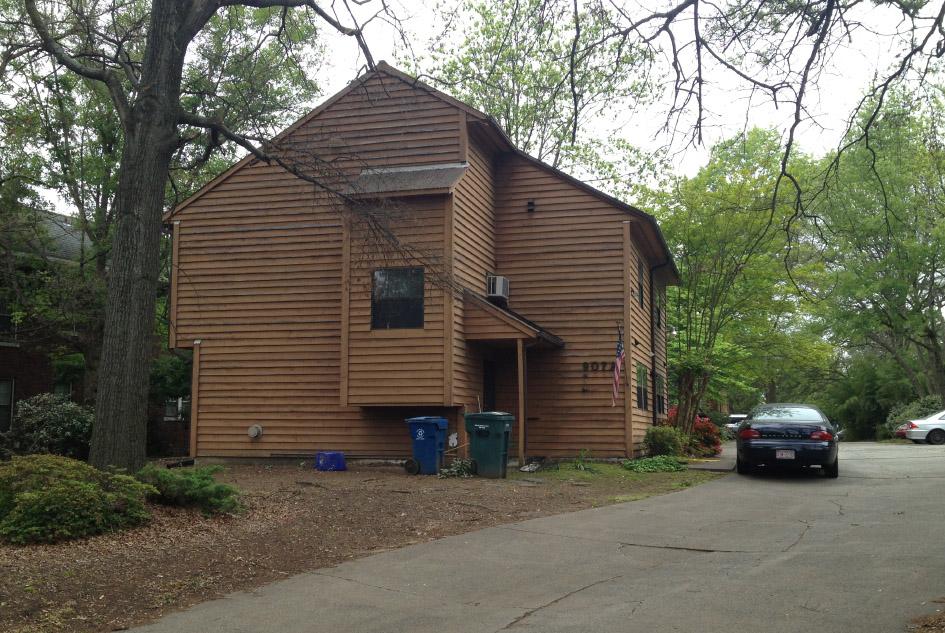 Originally the site of the George and Blanche McCracken House, which was a large Queen Anne structure similar to the Manning house still standing (as of 2013) next door. Mrs. Gladys Culbreth was resident in 1958. 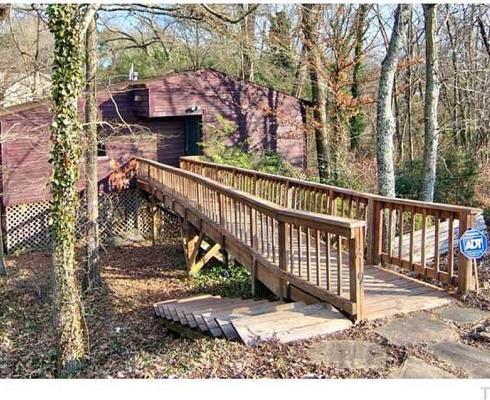 Richard and Lonna Harkrader built dozens of passive solar, contemporary houses in Durham in the 1970s and 1980s. The unique, environmentally-conscious and energy-economical designs have come to be known as 'Harkrader Houses' among the Durham built-environment cognescenti.
Read More

I was a young girl when my parent's company, New Morning Construction, built these houses, originally as low income housing. During the construction of the units, the movie 'Bull Durham' was filmed in the large historic house next door. My Dad, Richard Harkrader, came home from work to describe how they filmed the rainy day scene at the house, with multiple Durham fire trucks spraying water all over the house.

A few years later he told me that the film crews had rented space in one of the units that had been completed first, to lay out food for the actors. So Kevin Costner and Susan Sarandon came over for their snacks in one of these units at 907 N. Mangum - I'm not sure which one! When I learned this information I was old enough to be very disappointed I had missed out on the chance to meet the actors.