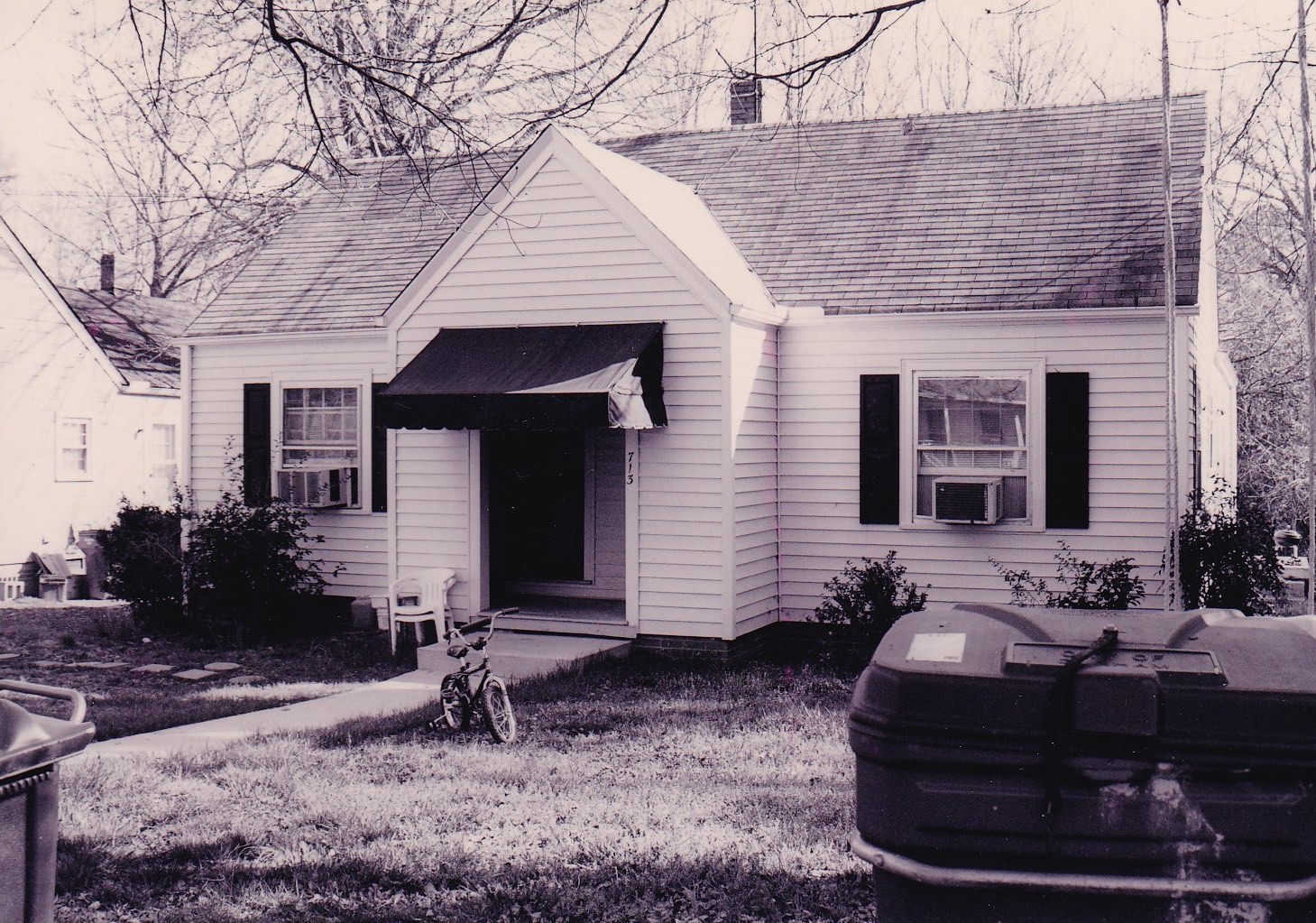 Part of the rapid development of this eastern edge of Trinity Park near South Ellerbe Creek in the years immediately after World War II, the first listed owner of this house in the 1949 city directory was Leonard W. Cheatham, Jr.  It seems possible this was a temporary investment property, as Cheatham and his wife were having a home built at 2014 W. Club Blvd.  Coming within a few years of the development along Ruffin Street, this and the adjacent house at 711 West Knox seem to have been designed as rental duplexes. 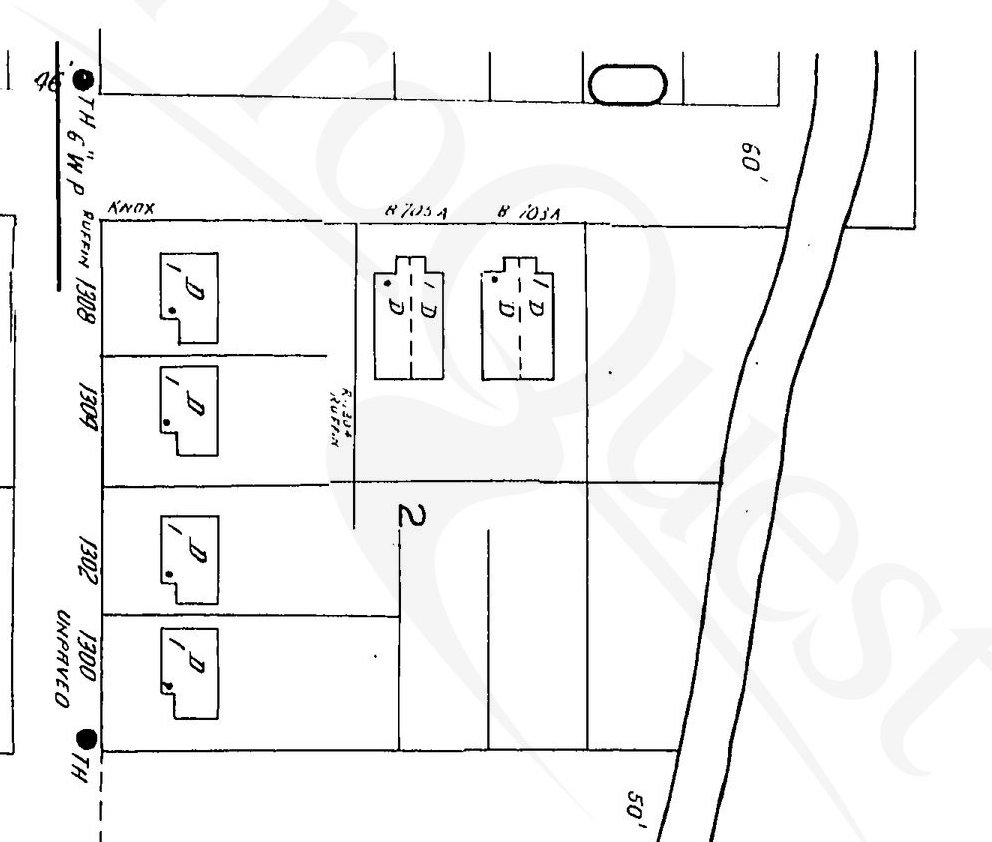 Though 711 remains divided into two units, 713 West Knox appears to have been converted into a single-family house in recent years. 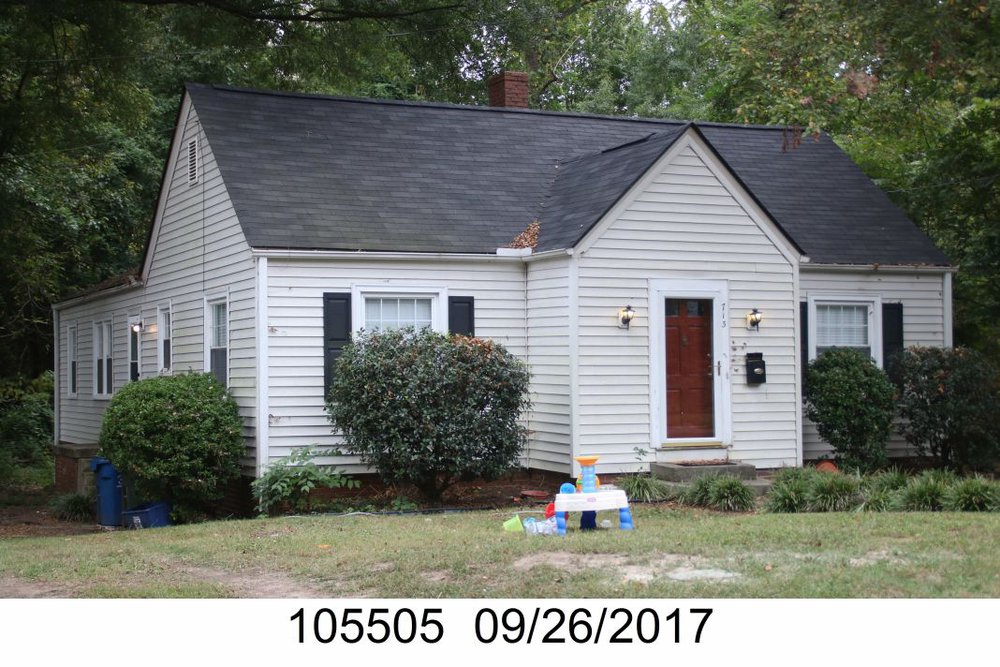