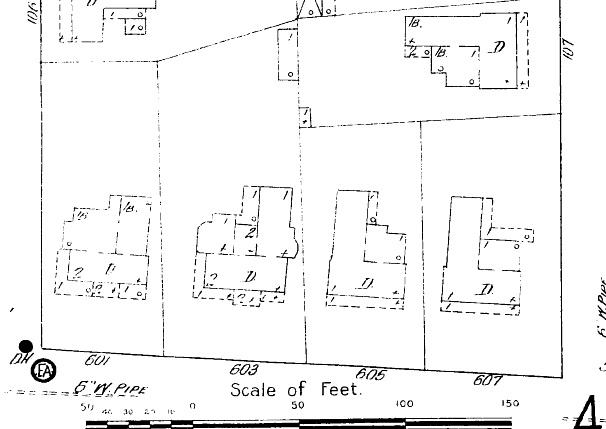 Between 1929 and 1933, 607 was torn down and replaced with the Continental Service Station, which by 1938 had become a Montgomery-Aldridge tire shop, which by 1944 was the Broadway Taxi Garage. 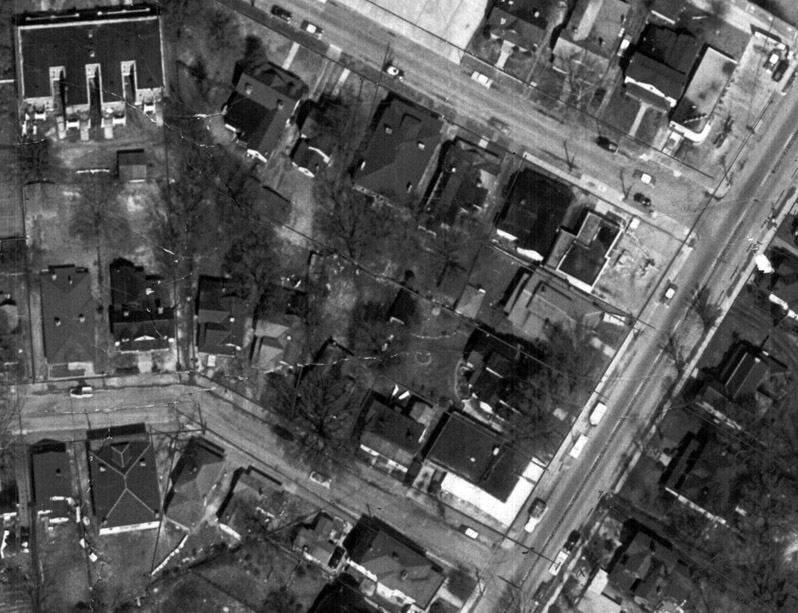 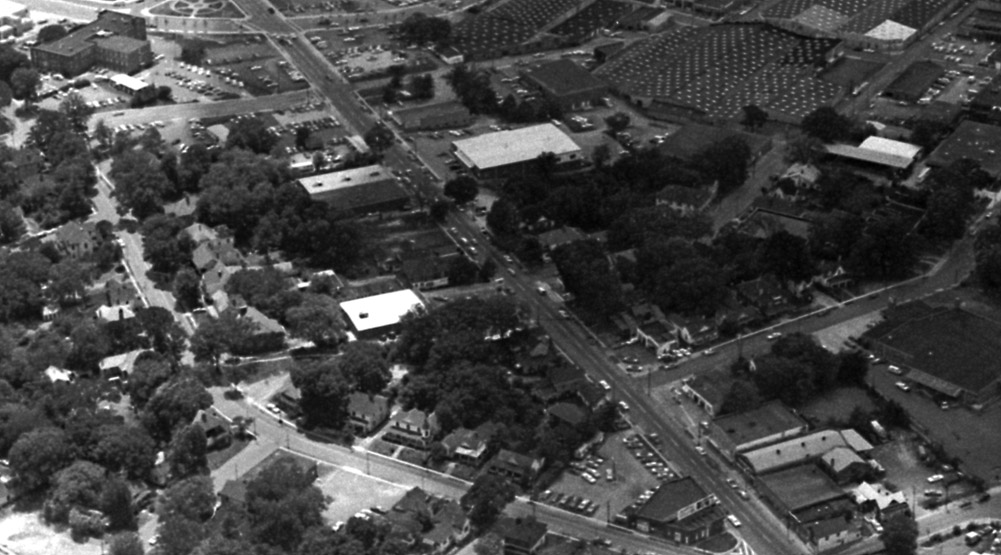 I'm not sure what happened over the next 30 years to clear the block, but by the time I first photographed it in 2006, all of these structures had been razed

The sign in the center was a For Sale by the City of Durham sign, and the smaller sign reads "Under Contract" - to the enigmatically-named "TTP V, LLC" - otherwise known as Alex Washburn, developer of Trinity Lofts and among the group of DAPAPA developers who snatched up parcels in the Central Park area with dreams of towers. (The fortunate effect of the economic downtown is the warm glow it casts upon existing buildings - helping to foster the growth of our nascent Geer Beer corridor.)

The land has sat idle since that time, but recently the locally-eating folks at Durham Central Market, who plan to build a "grocery/market that focuse[s] on locally-produced food" chose this site for the location of their future store. Per their website, in May 2010, the Durham Central Market

"secured an option on a location for the store - on Mangum Street between Hunt and Broadway, located close to downtown. This currently vacant plot of land is where we plan to build a 10,000 square foot store, with a parking lot and 3500 sq. feet of green space. Our goal for the store is to offer high quality, mostly local food and other products, to reinvest profits back into the community, to practice sustainability, and to foster a respectful, professional workplace."

An exciting proposition to be sure - both the prospect of redevelopment of a long vacant piece of land in the DMZ between Little Five Points (now with 20% more emptiness!) and downtown - as well as the notion that we might actually have a viable general grocery store (i.e. not Fowler's) in the core/penumbra of downtown for the first time since the 1970s. 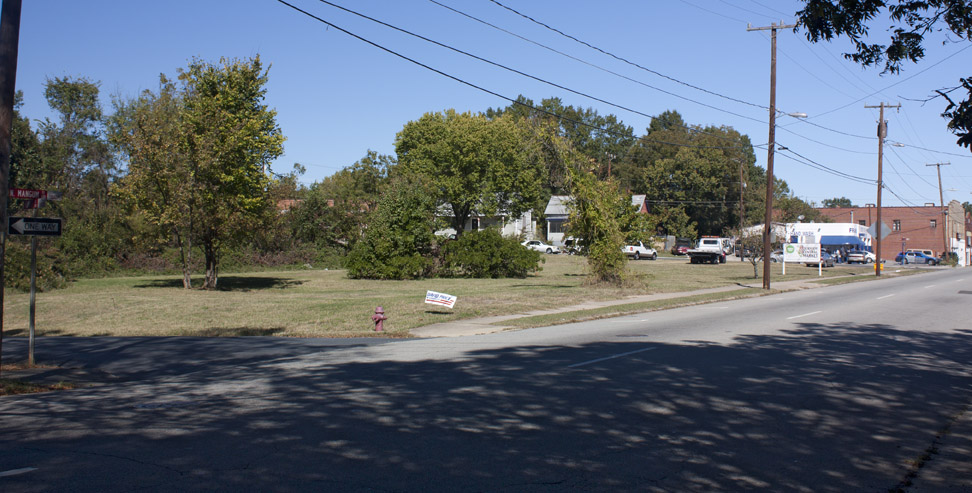