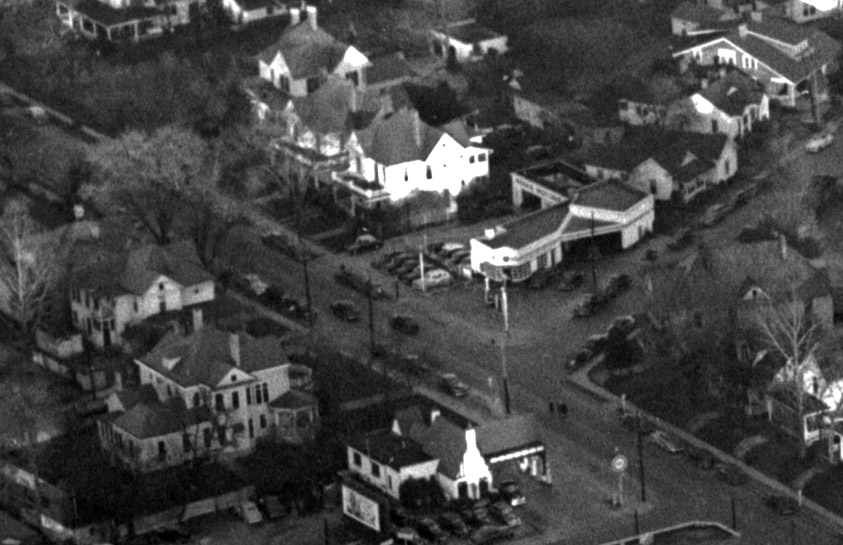 The northeast corner of North Mangum and Wyatt Streets was residential until ~1930; the last house at 502 N. Mangum was inhabited in 1923 by HD O'Briant. By 1934, a filling/service station had taken its place on the corner, known as the Mangum-Wyatt Service Station. (It is frequently abbreviated "Man-Wy Service Station" in the directories, but I don't know if that is their liberty, or an actual appellation.)

Other than perhaps a brief stint as the North Mangum Service Station, the 'Man-Wy' stayed in business until sometime between 1957 and 1960, at which point it became Jones' Upholstery Shop. 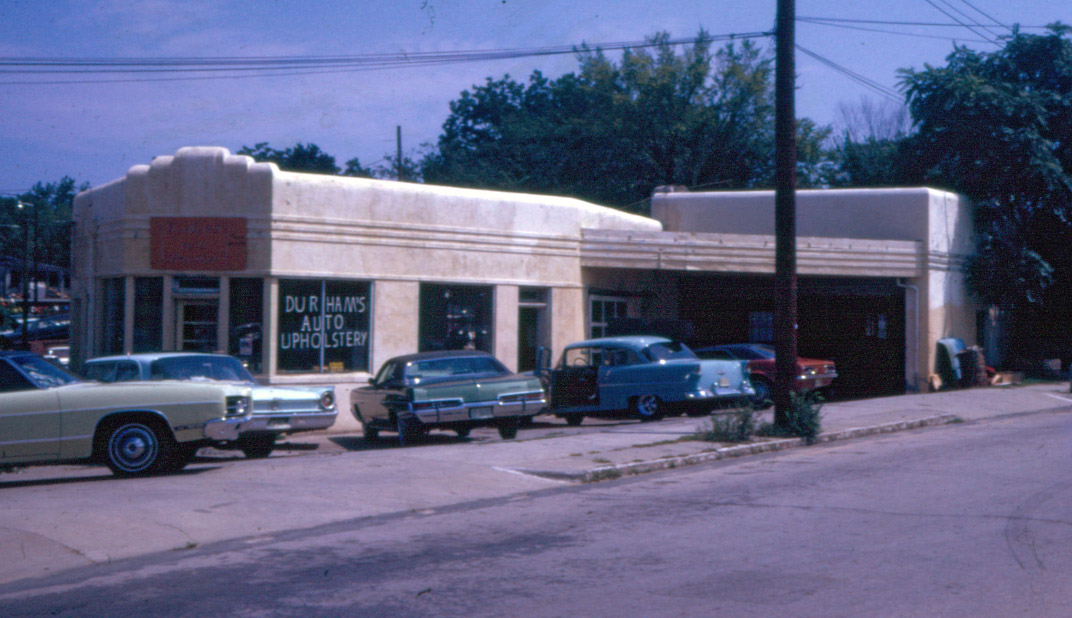 In ~1970, the block of Wyatt Street between North Mangum and Cleveland was eliminated; the roadway alignment was shifted north and angled to create a continuous connection with Seminary to the west, such that Seminary would extend east to Roxboro and align with Elliott. This eliminated the service station. 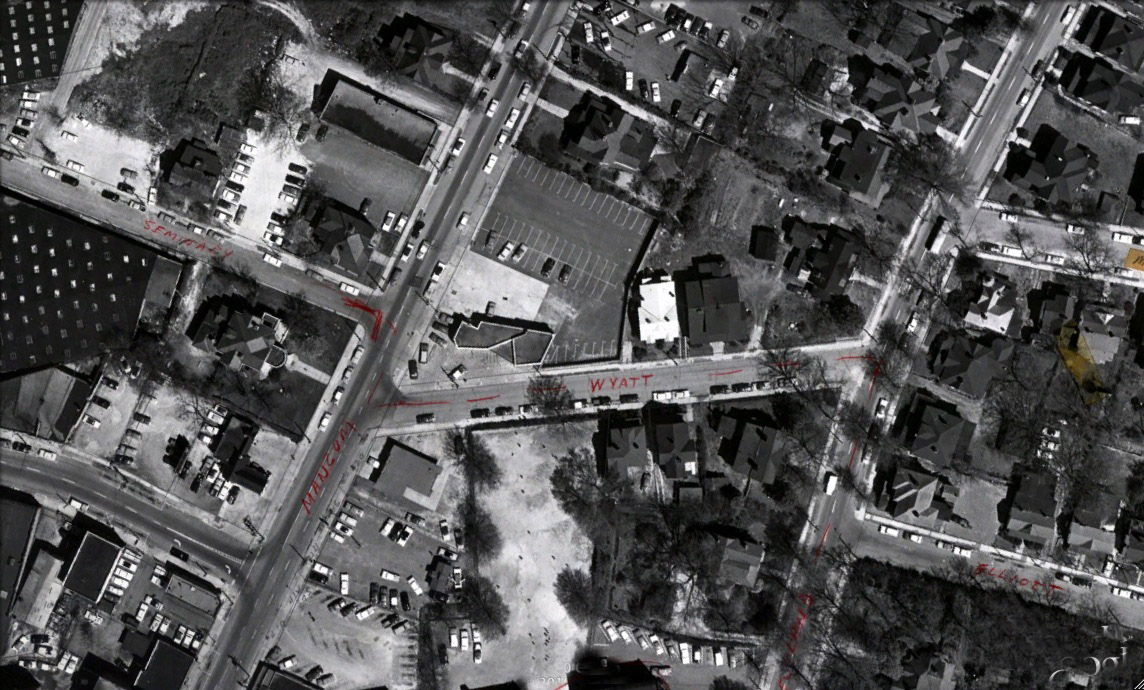 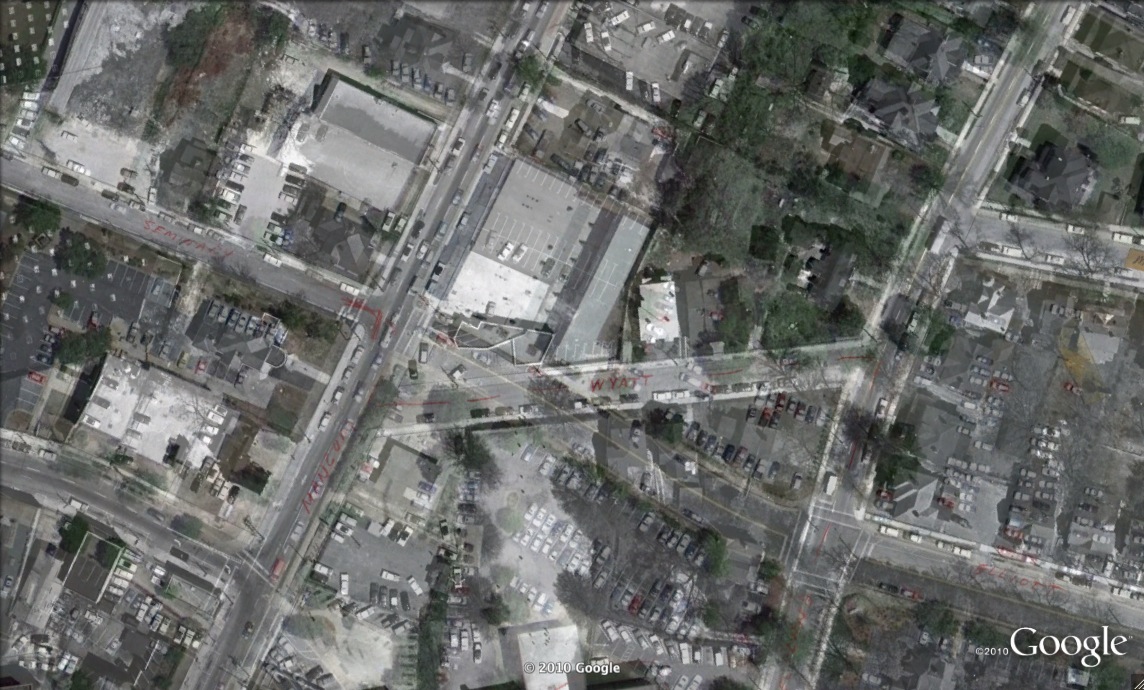 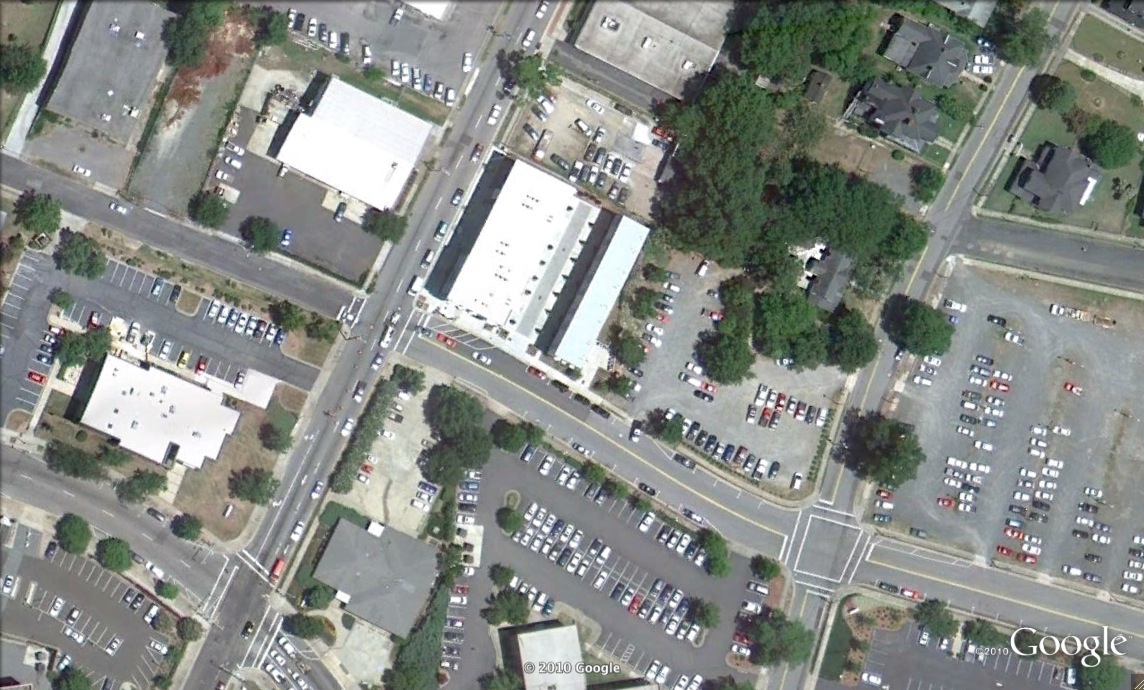 The remaining site was a parking lot until 2008-2009, when architect/developer Scott Harmon purchased the property and proceeded with plans get all "downtown sexy" to develop infill condominiums on the site, which he branded Mangum 506. (And "Downtown Sexy.")

I'm not privy to Scott's proforma, i.e. how this has done from a financial perspective, but I have great admiration for him for making this project happen on multiple levels - 1) creating condominiums downtown that are affordable, in a financing market where "condo" is a four-letter word, 2) creating the rarity of all rarities in Durham - turning a surface parking lot into a building, rather than the converse, 3) building creative infill construction that is good urban design while still meeting the parking needs of customers (i.e. condo buyers.), 4) building east of AmbaccoBrightVillage.

I hope we'll see more of this. The North Mangum corridor between the intersection of East Chapel Hill and Geer is an embarrassment, particularly given that it is the major entry point into downtown from the North. The local government focus has, unfortunately, been on tearing down structures at Little Five Points, i.e., the corner of Corporation and Mangum. That isn't the problem - it's the amount of underutilized land in the corridor - both north and south of Little Five Points. Creating more empty land isn't the solution - more infill on more vacant lots and less large parking lots/single story warehouse buildings is - and doing so with good, urban design, as Scott as done, and others haven't. A moratorium on discussing or acting on demolition in this corridor would be great until a few more people fill up the already available/fallow land. Kudos to Scott for doing just that.

two way traffic on Mangum would do a helluva lot to encourage infill.

If I'm considering opening up a business, or developing or living in a residential project or home, it is a MAJOR disincentive/negative to be doing so on a one-way road.

@Dave: I agree that two-ways

@Dave: I agree that two-ways on Mangum and Roxboro (and Duke and Gregson) would be better for the surrounding neighborhoods. But that change is not likely to happen as long as those roadways function as the main connectors between I-85 and NC-147. NCDOT is all about maintaining the required "level of service" for the traffic load, and face it, one-way streets move a lot more cars a lot more quickly than two-ways can.

We gotta build the East End Connector to fix this aspect of downtown Durham. But don't tell Raleigh that, or they'll find a way to cancel it again! Instead, emphasize the regional connectivity problems that the EEC would solve: