431
West Main Street
Durham
NC
Cross Street
Great Jones Street
Year built
1926--1935
Year demolished
1966-1974
Construction type
Masonry
Stucco
Neighborhood
Downtown Central
Use
Service Station
Gas Station
Building Type
Commercial
Can you help?
You don't need to know everything, but do you know the architect?
Log in or register and you can edit this. 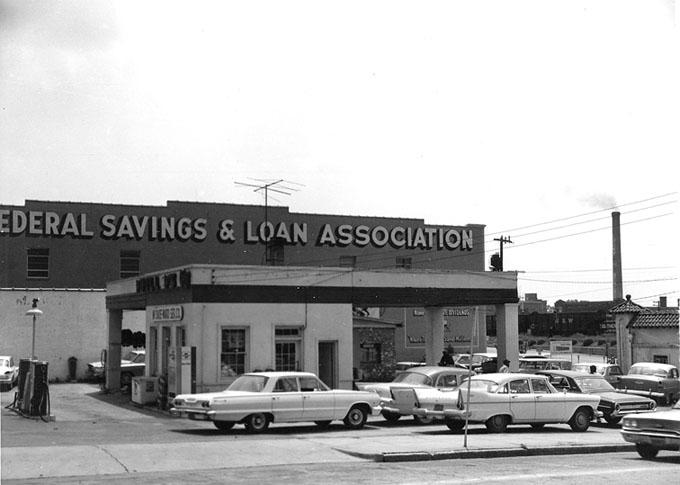 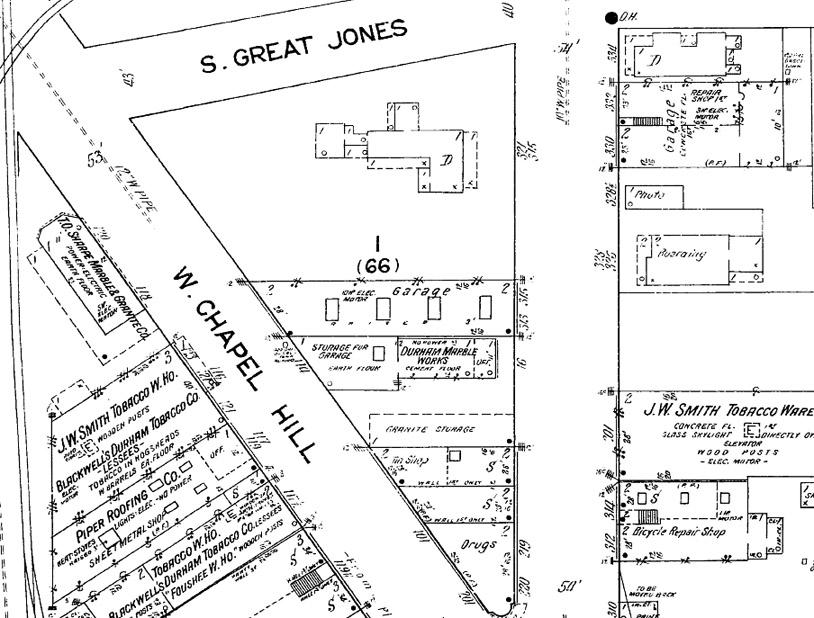 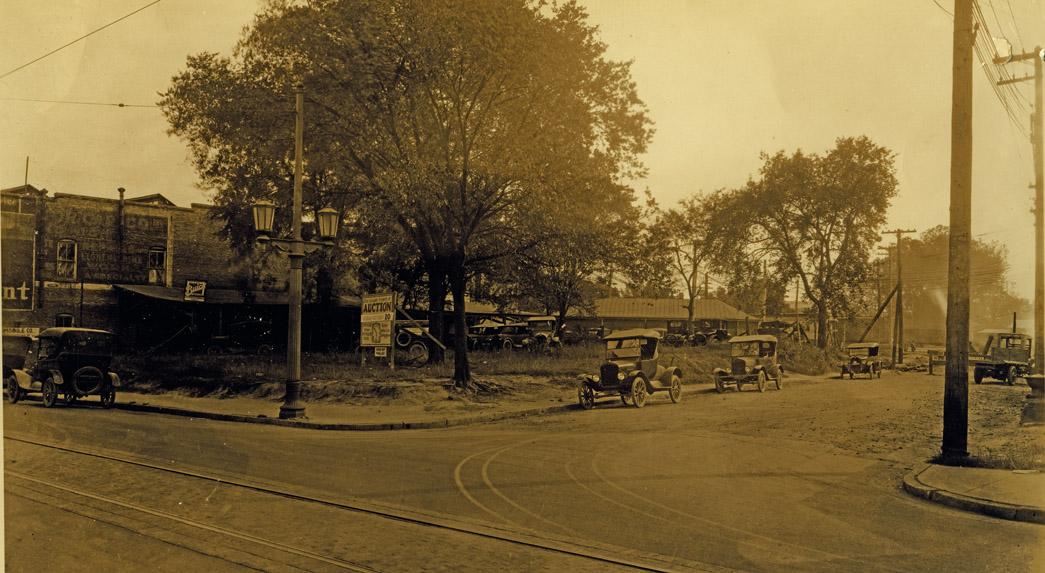 The land was eventually subdivided into three parcels, and developed into two gas stations (the other one is here) and a small commercial structure. 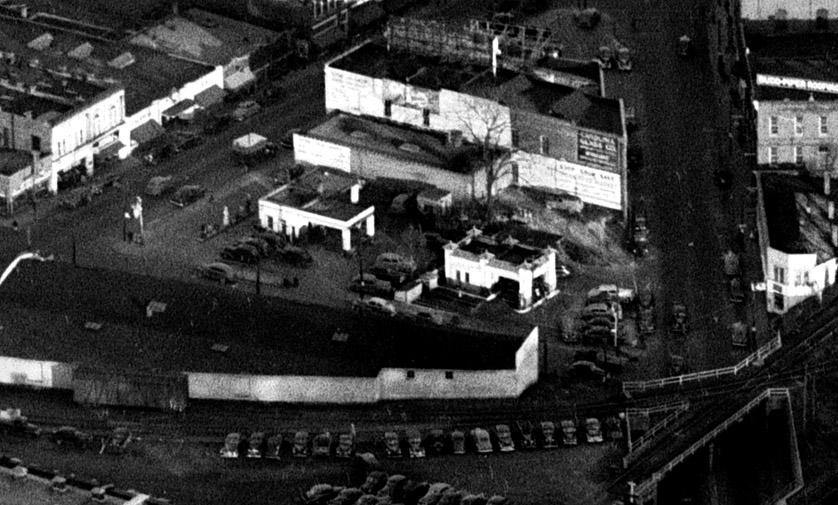 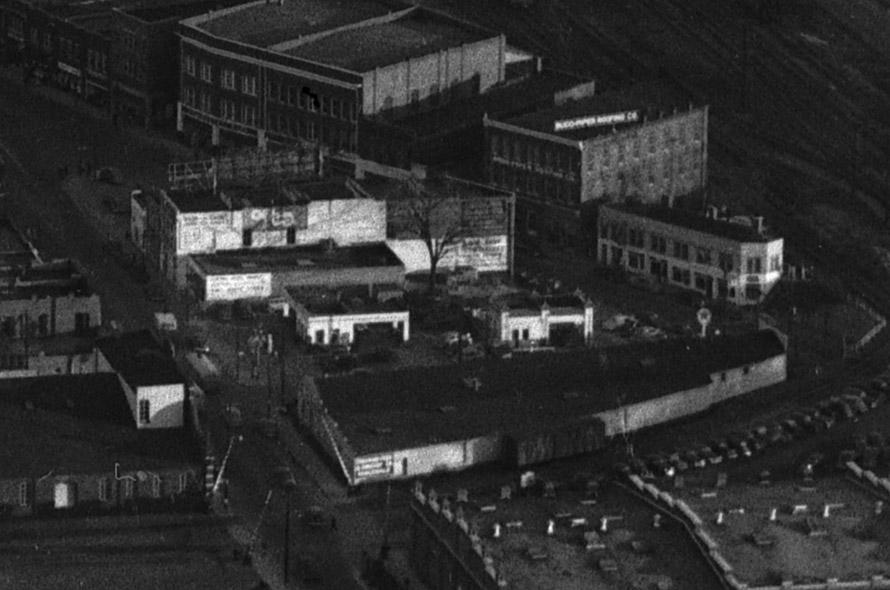 The service station on the southeast corner of Great Jones and West Main St. was the McDade-Ward Phillips 66 station.

Looking east-southeast from Great Jones - the Lucky Strike smokestack is in the background, 1963 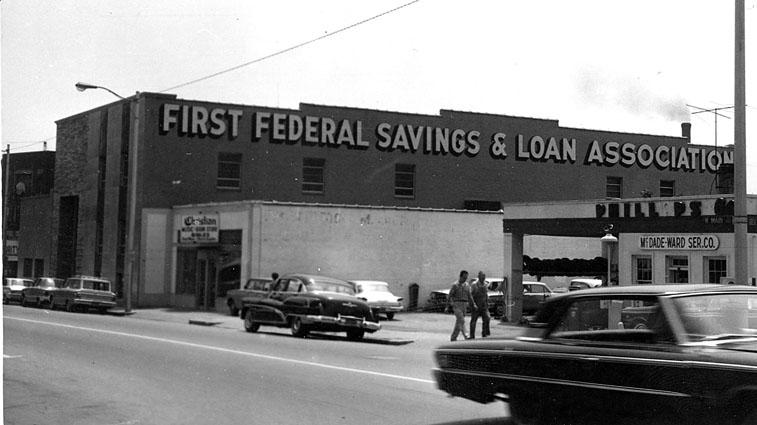 The shot below is looking northeast from the west side of Great Jones St., towards the north side of the 400 block. Although the gas station building isn't visible, the sign is. 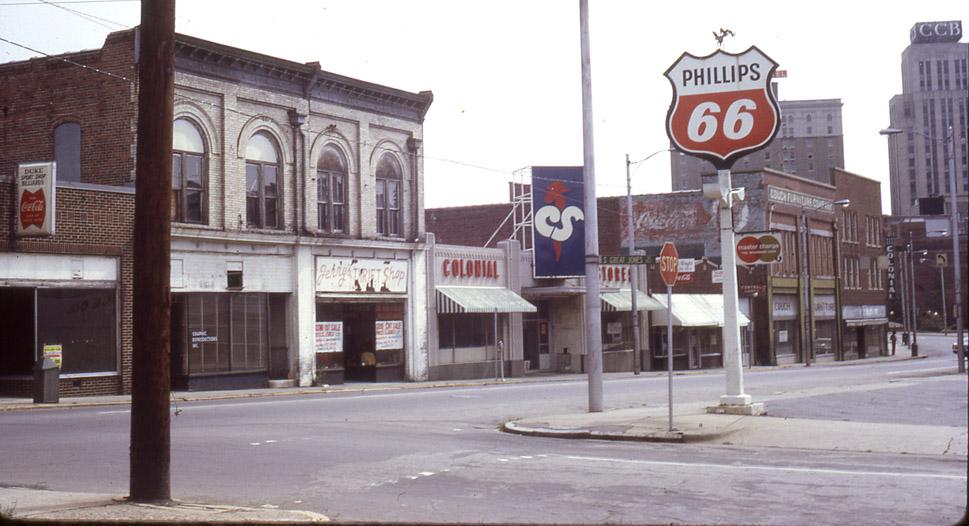 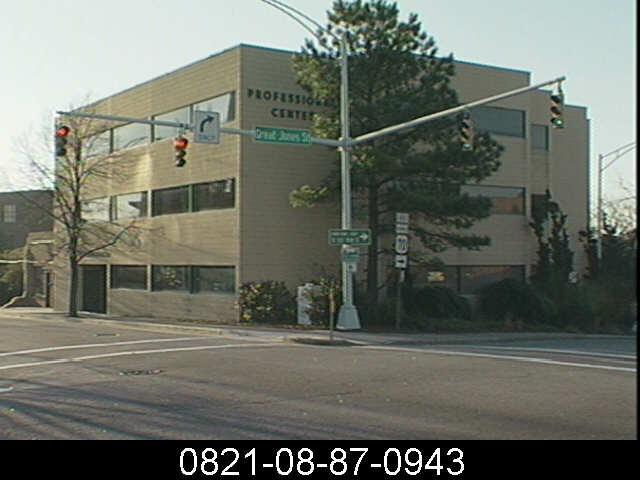 I wouldn't say that I'm an architectural purist, which means that I'm a fan of the cornice added to this building by the new owners who purchased the structure in 2004. It's interesting how we change our views of architectural style such that we're trying to make a 1970s modern building resemble a 1900s commercial building in the 2000s. 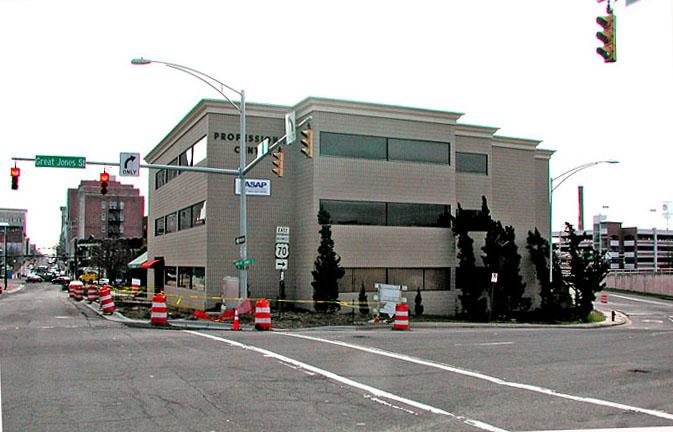