420-424
West Main Street
Durham
NC
Year built
1920-1930
Year demolished
1974
Local historic district
Downtown Durham
National Register
Downtown Durham
Neighborhood
Downtown Central
Building Type
Commercial
Can you help?
You don't need to know everything, but do you know the architect?
Log in or register and you can edit this. 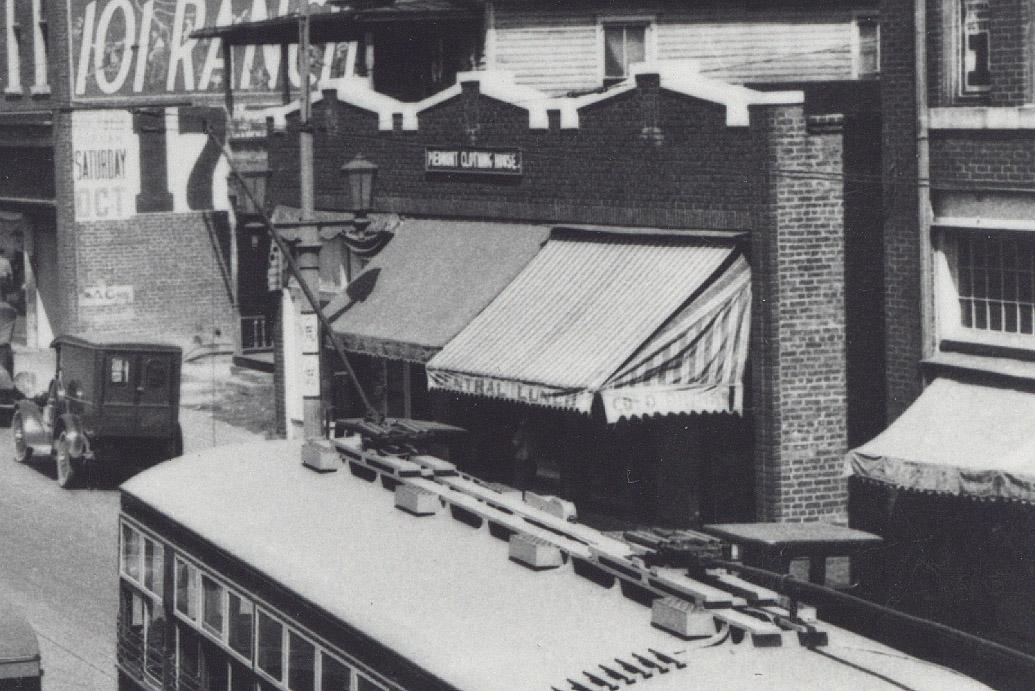 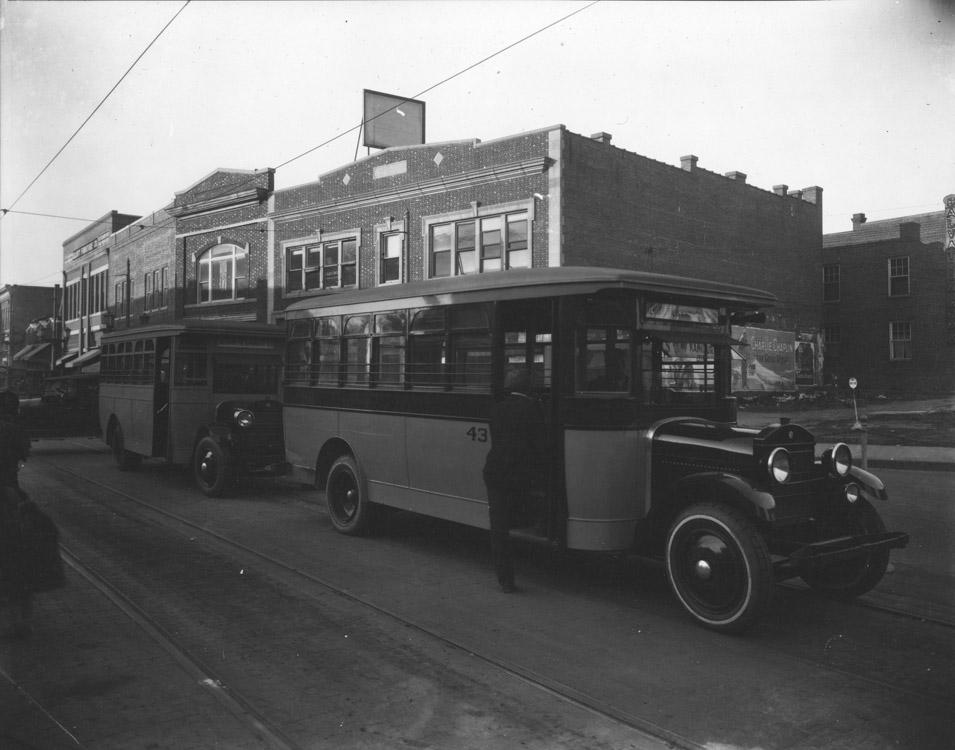 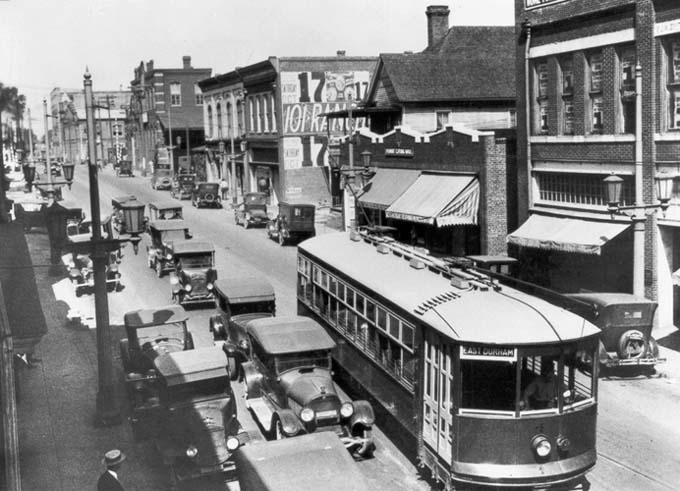 Another view of these buildings looking northwest, from the 1950s. 420-424 is barely visible at the right edge. 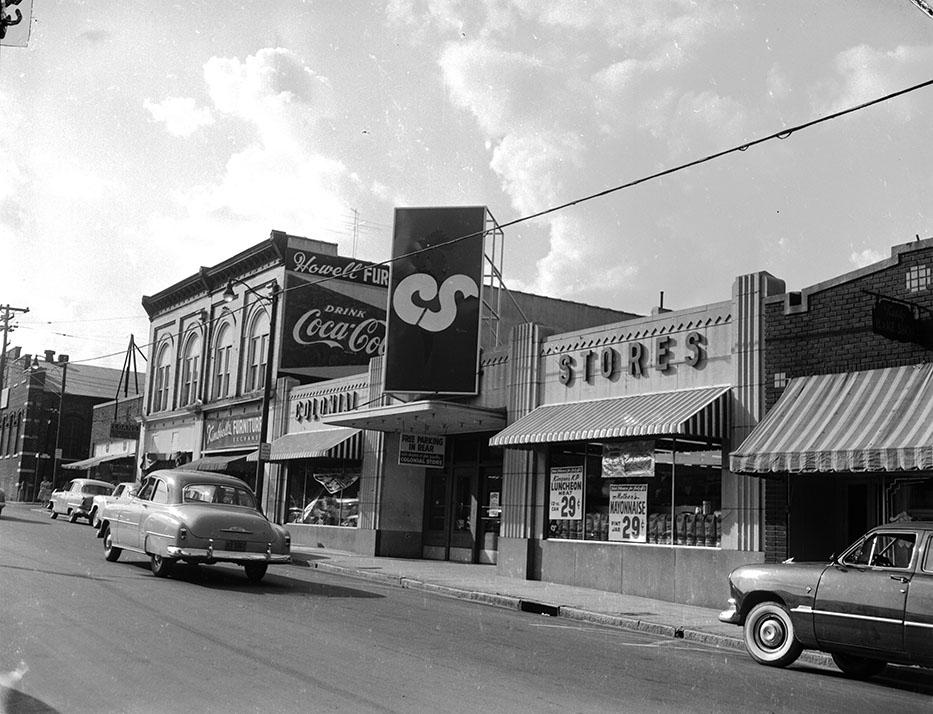 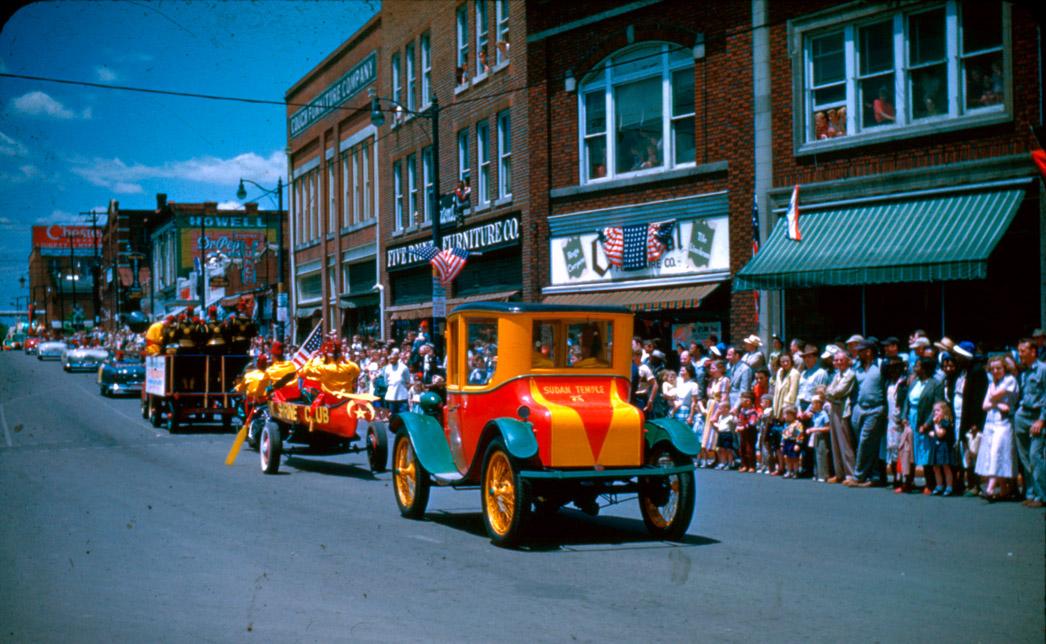 An early color picture of this block, taken during the Durham centennial parade in 1953. 420-424 is in the background, and the large "Central Lunch" sign is visible on its facade.
(Courtesy Barry Norman) 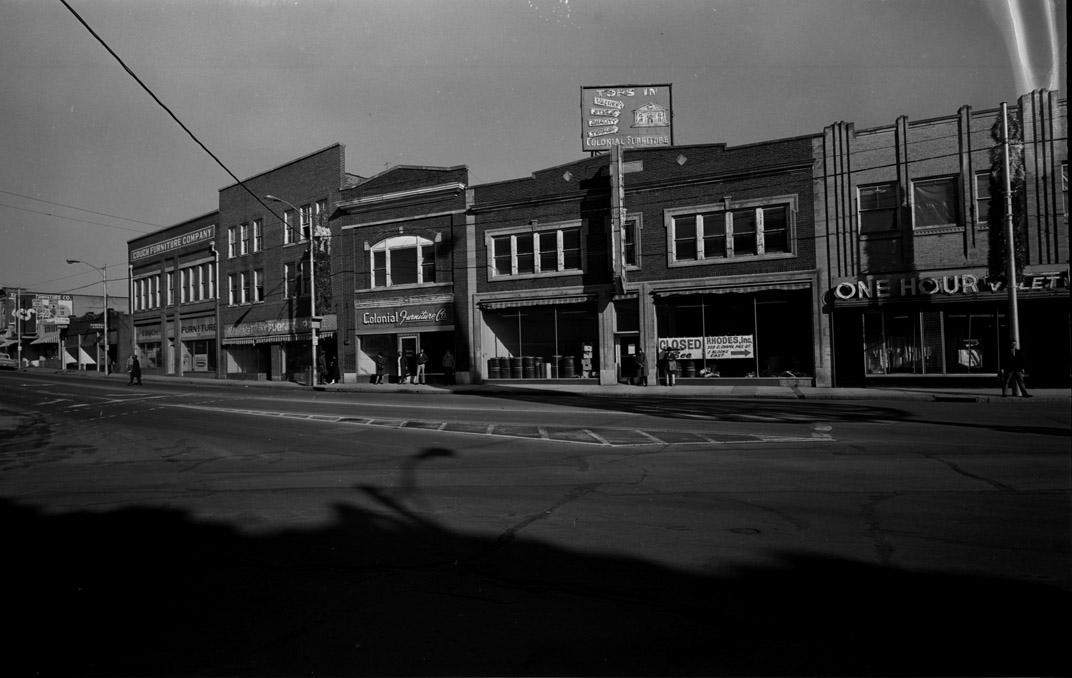 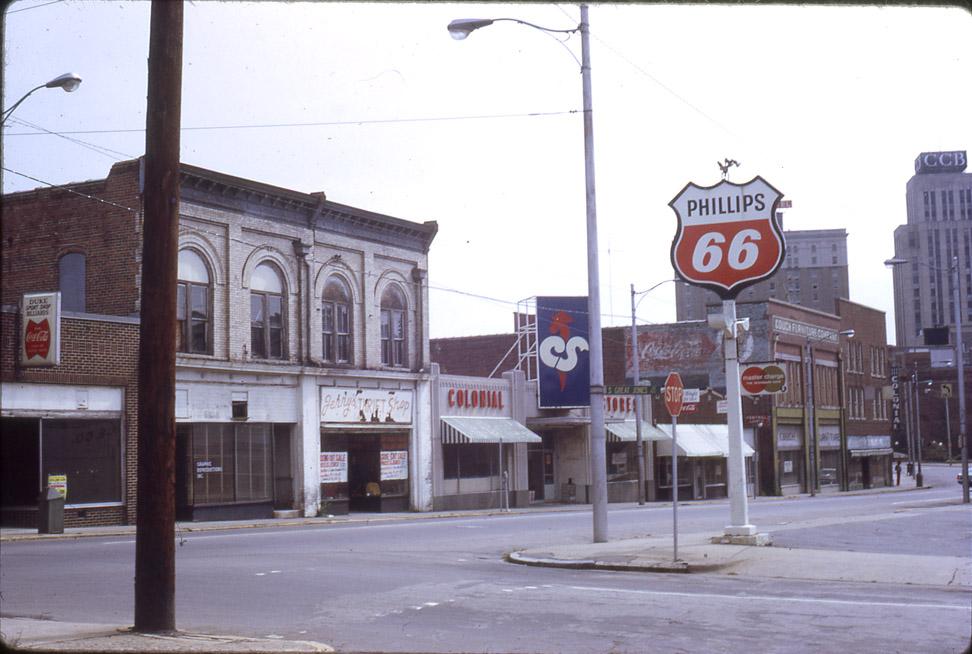 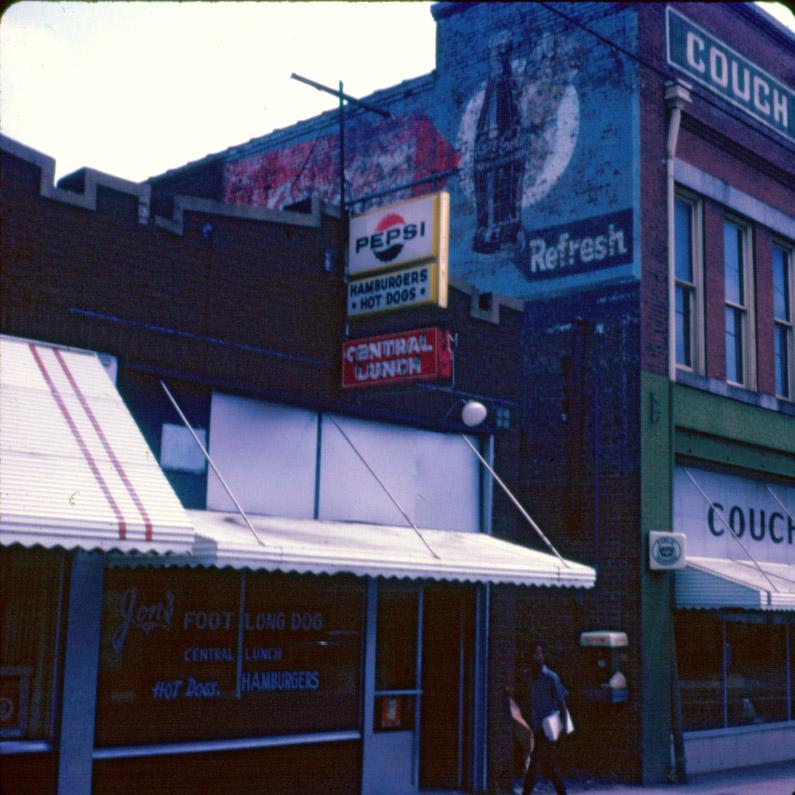 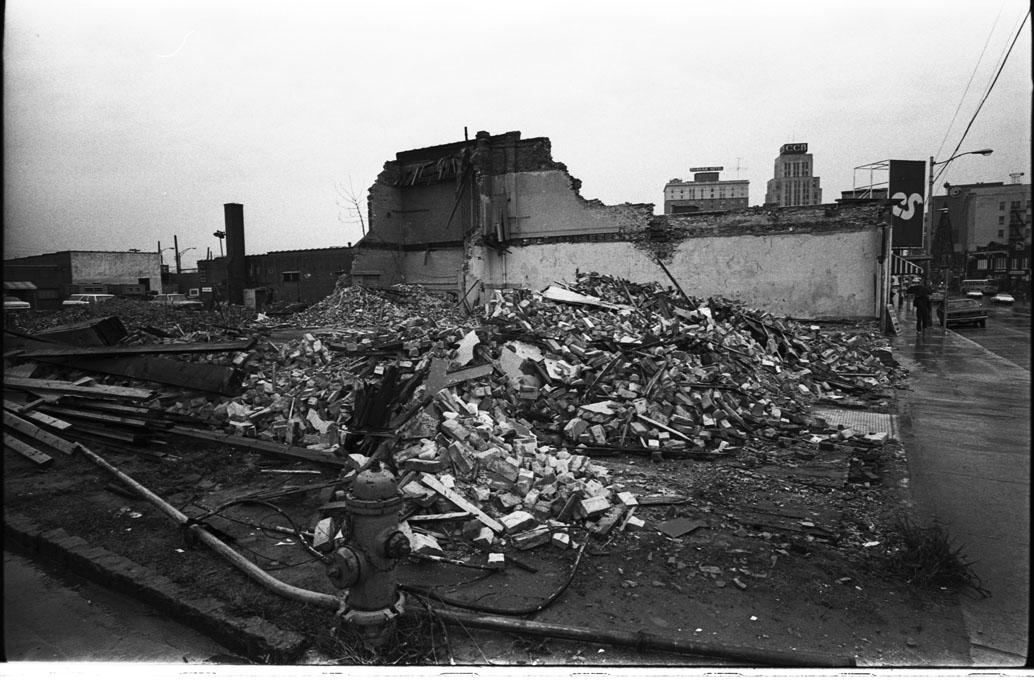 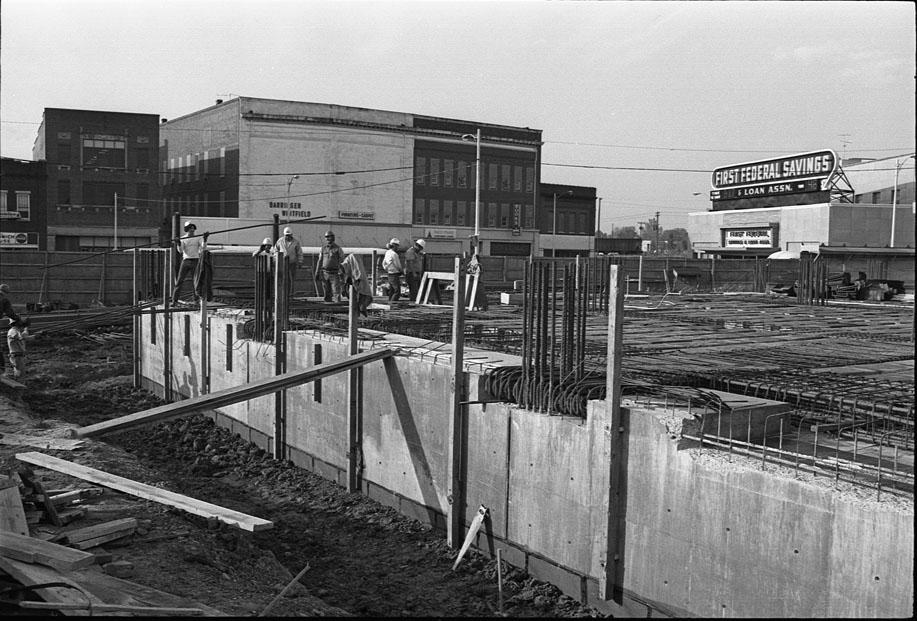 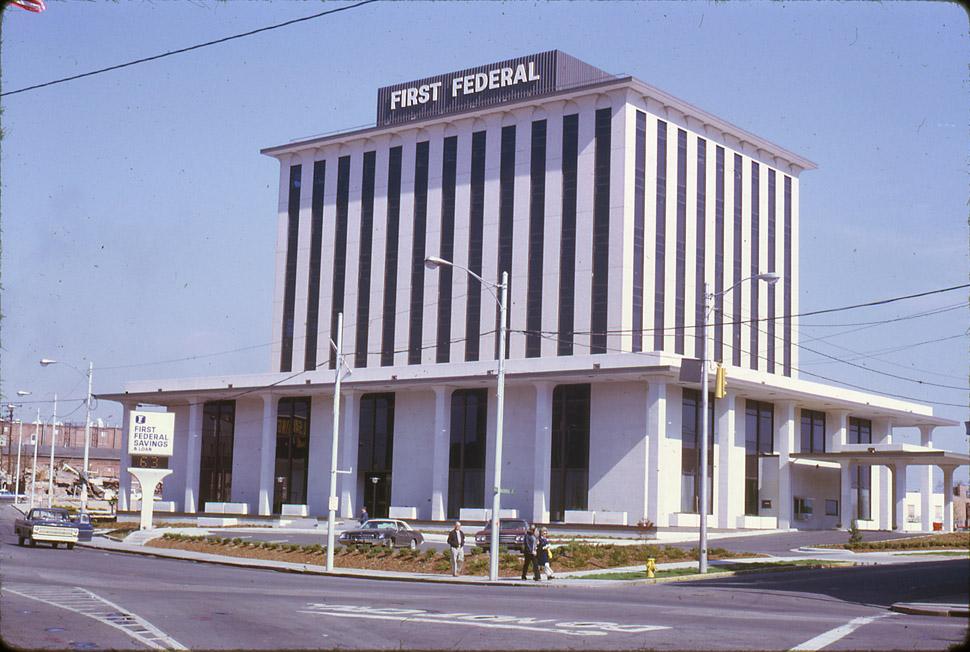 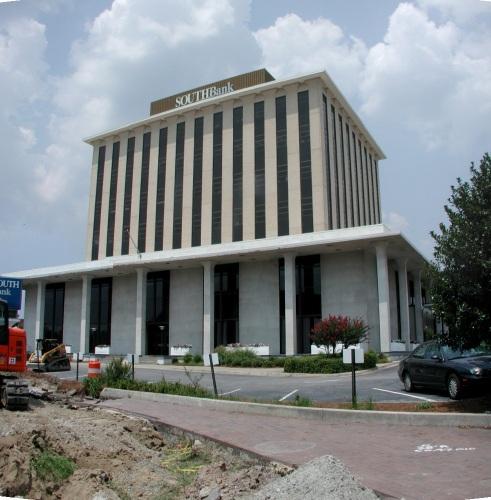 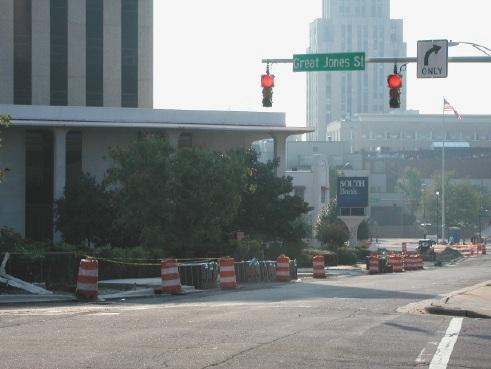 
I don't have a better early aerial right now, unfortunately, but you can get a sense of the diversity of buildings/architecture in this area and how they related to the street in the 1920s. While I'm not a fan of this building architecturally, regardless of location, I actively loathe this building at this particular location. It would help to fill in some of that parking lot with some buildings that had normal street frontage on Main Street. It might soften this hulking fortress a bit.