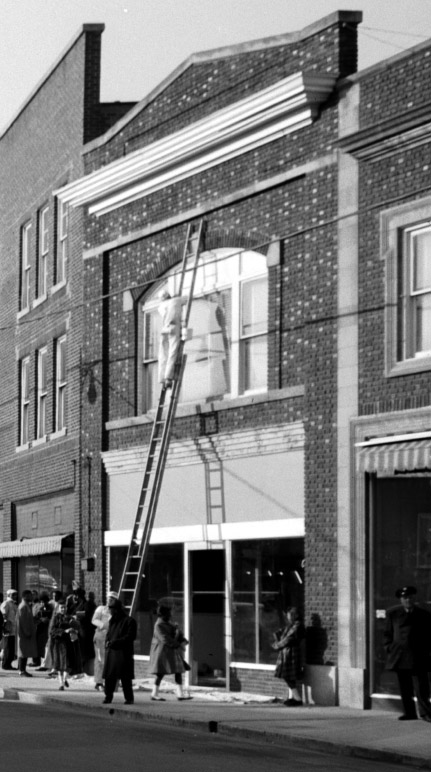 Above, 410 West Main is the second structure from the right.

An early color picture of this block, taken during the Durham centennial parade in 1953. Flags cover the "Colonial Furniture" sign.
(Courtesy Barry Norman) 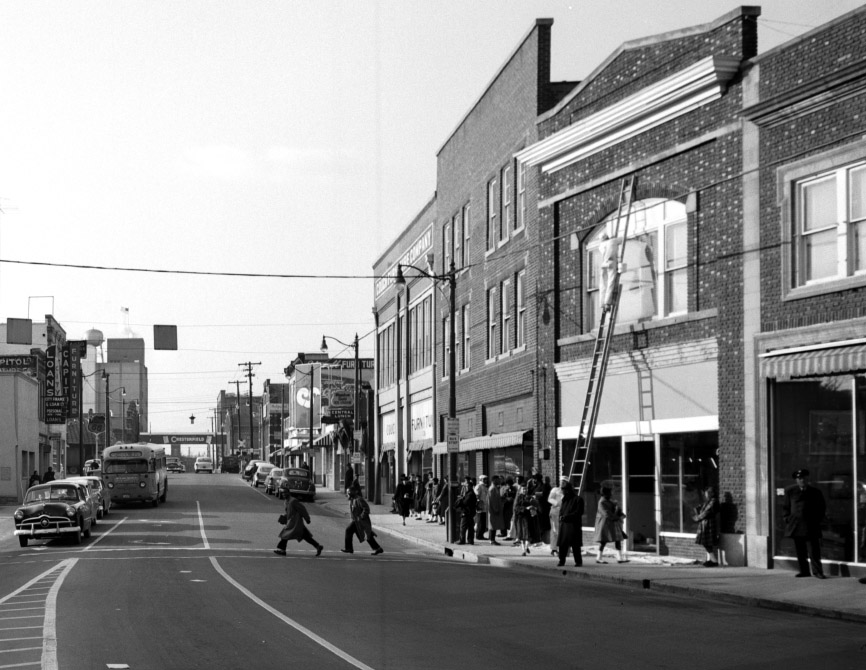 A view of the block from 1971, looking north from the middle of Five Points - a corner structure was added, likely in the 1930s. 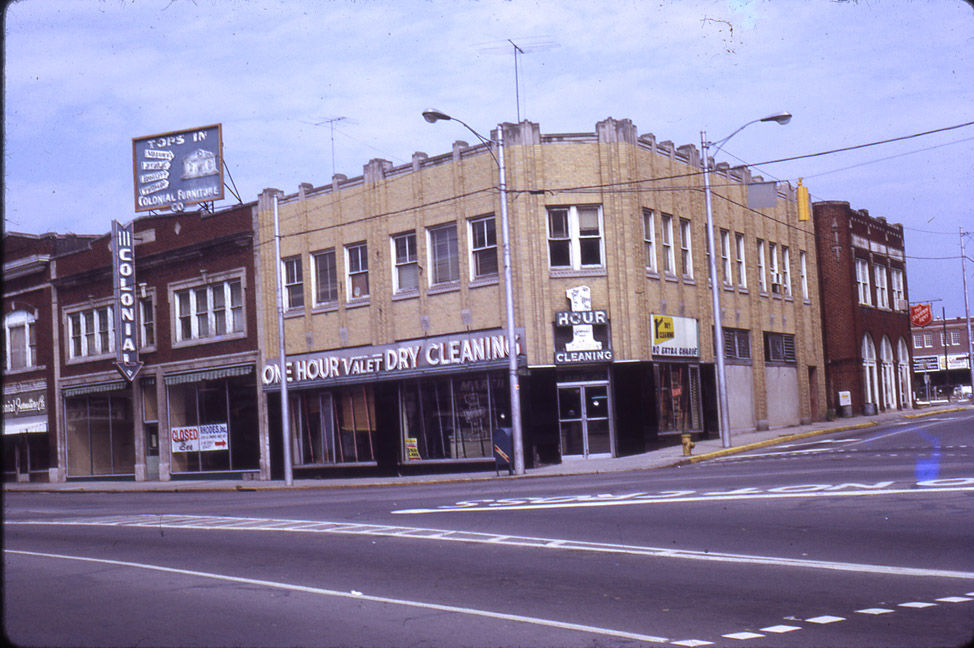 These buildings being demolished around 1972: 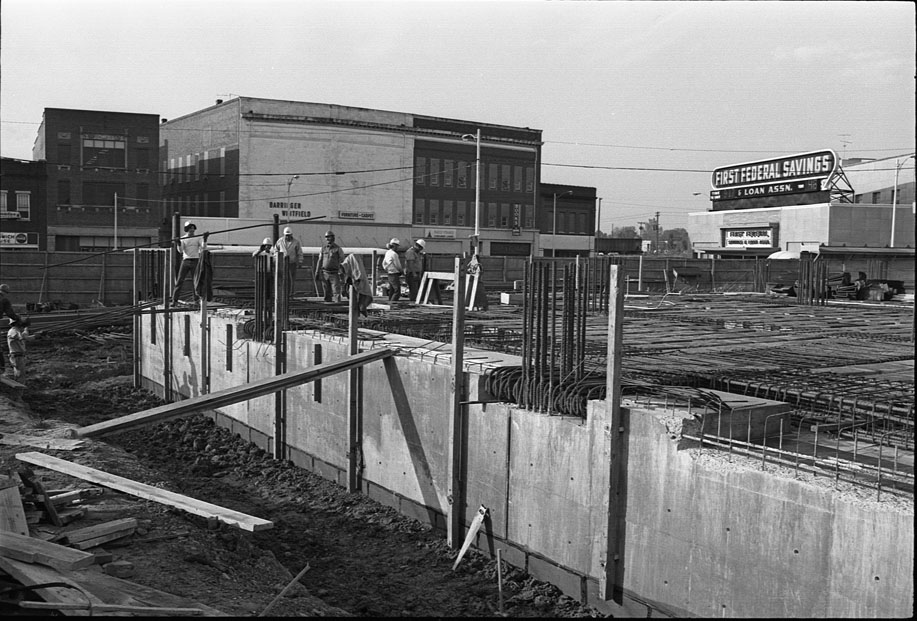 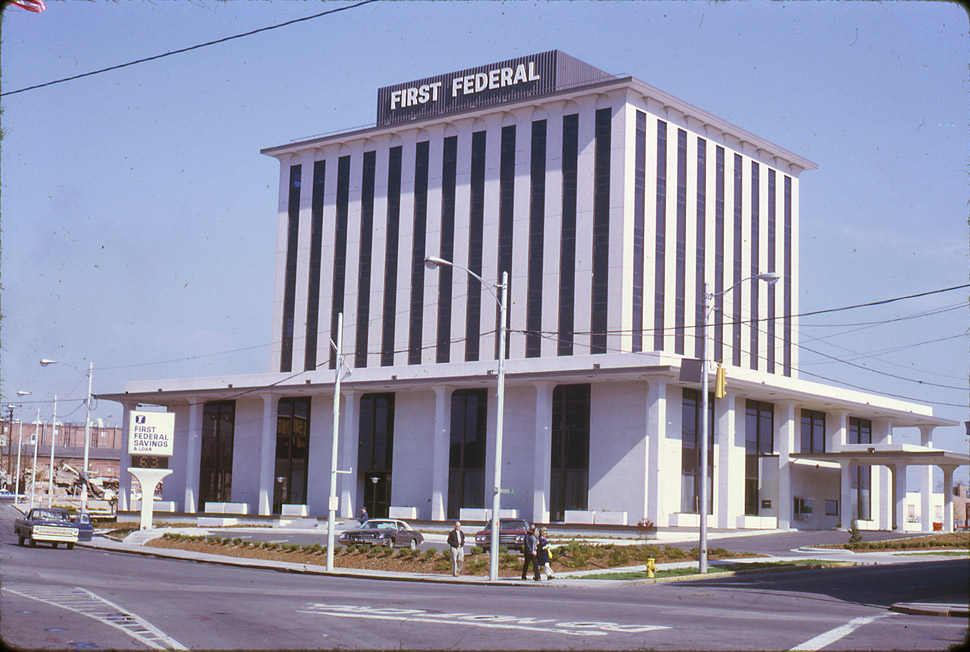