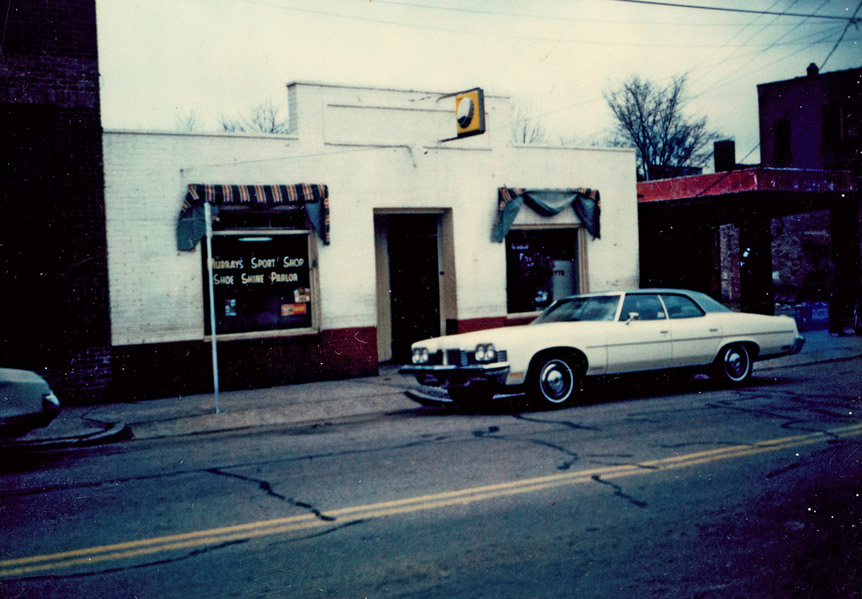 Built around ~1930, the small commercial structure at 406 East Pettigrew housed a variety of businesses over ~40 years, beginning with auto-related ventures, such as Clay's Auto Repair. By the 1940s, half of the structure housed Battle's Grill. By the 1950s, the west half housed the "Eat More Luncheonette", which I'm told was more commonly referred to simply as 'Pauline's' after the proprietor. The eastern half housed Tucker's Sport Shop, which by 1959 became Murray's Sport Shop. I think the 'sport shop' was commonly a pool hall, but I'm not sure about that.

The building appears to have been demolished in 1977. 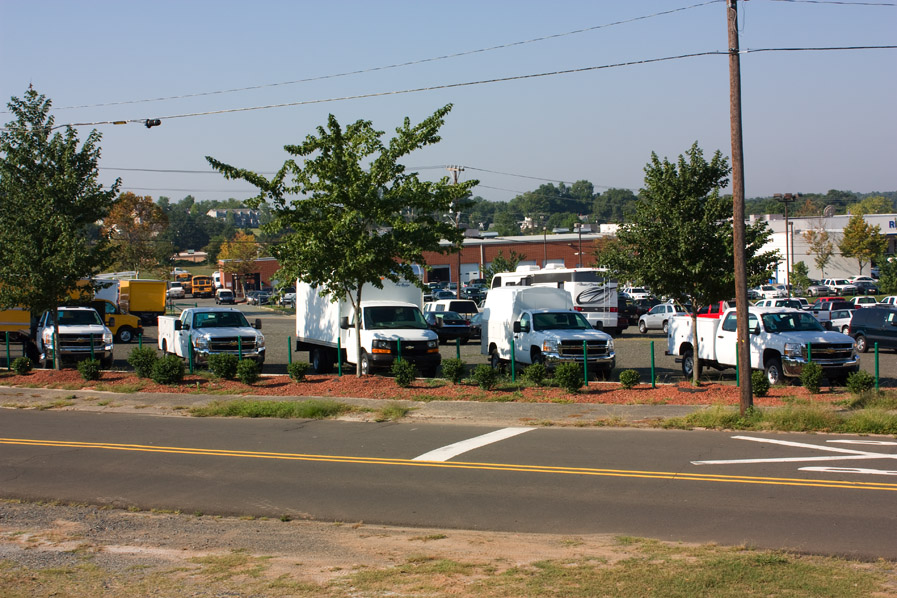 The 70s were not kind to this

I was pre-school age during

I was pre-school age during the early 70s. From what I remember, it seemed that Durham's answer for Pettigrew Street and other "blighted" areas was tear it down or let it get burned down.

I've noticed it on a number

I've noticed it on a number of posts, not just Hatai . . . it seems like the whole city was crumbling or being knocked down in the 70s . . . I didn't live here then - was it as bad as it looks?

(By comparison, are long-timers fired up by whats happening now?)

For 'anonymous' asking about

For 'anonymous' asking about the 70's...it was worse than most can imagine. Race relations in Durham were mostly hostile, and there was a lot of deeply-felt fear in a huge part of the population, both black and white. The minority number of "activists" (in retrospect, terrorists and thugs) had the majority of law-abiding, hard-working citizens truly afraid.

Looking back from a perspective point almost 40 years later, I can understand some of the anger and frustration that lead to the riots, but I also see that the "activist blacks" were their own worst enemy. Look at Pettigrew Street of the 30's, 40's, and 50's in the photos posted on this website, and then look at what happened by the 70's. I assure you, the black community as a whole did this to themselves. Once the segregation barriers came down (as they should have), the black community abandoned the bustling business centers that were traditionally black. The white population did not come into the black areas and sprinkle "blight dust" on everything, despite what is sometimes insinuated. The black community failed to recognize that, by running to traditionally white areas to shop just because they could, they doomed their own people's stores and industries. When the cashflow left Hayti, so did prosperity, and blight ensued. The time to step up and try to save those properties was in the late 70's, but the black community wasn't interested in saving what I can only figure they saw as a reminder of the days of segregation. Having a distinctly black business area is only a "good thing" if it's by choice, and not by necessity.

Durham has lost a lot of wonderful historic properties in the past century, and it's great that there's a renewed push to save some of what's left, but don't romanticize what happened in the 60's and 70's.

I remember missing days of high school in the early 70's in Northern Durham because the black students planned to attack white students and cut off their hair. Stupid? You bet. Just part of the hate that was prevalent at the time.

A lot of the teardown/razing of Durham that happened during the 70's was undertaken from a fixed point of view. Obviously, there were very few visionaries around who could foresee that, 35 years later, people would lament the loss of historically significant buildings. At that point in time, they weren't historic, they weren't significant; they were crumbling structures in which no one wanted to invest time or money. History is sometimes a cruel teacher.