The building at 327-329 West Main St. was built during the 1920s with the C.D. Kenny company (which sold Teas, Coffees, and Sugars) as one tenant and the Federated Clothing Store as the other. I've previously posted on another location of the CD Kenny company, 301 West Main St. 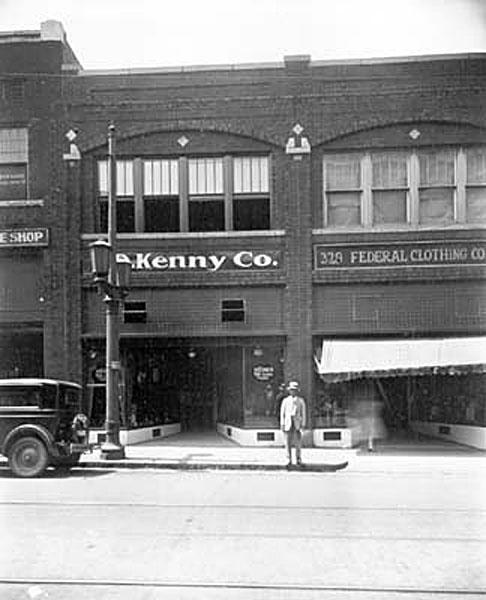 In keeping with the concentration of retail stores near Five Points, this building continued to house retail tenants through the mid-20th century, housing "Weldon's" and "Reed's" during the early 1960s. 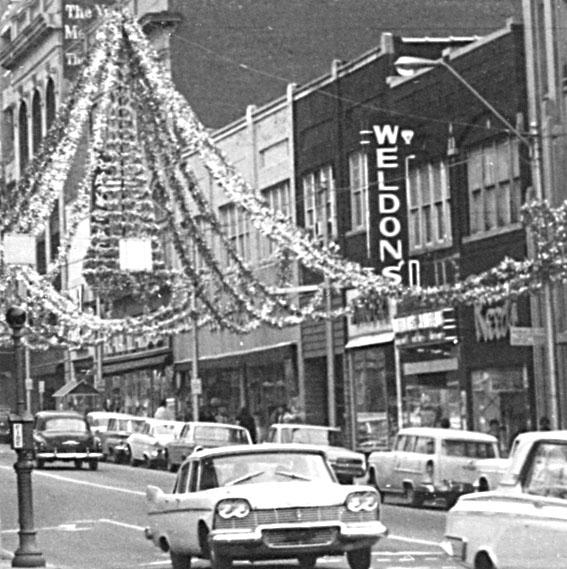 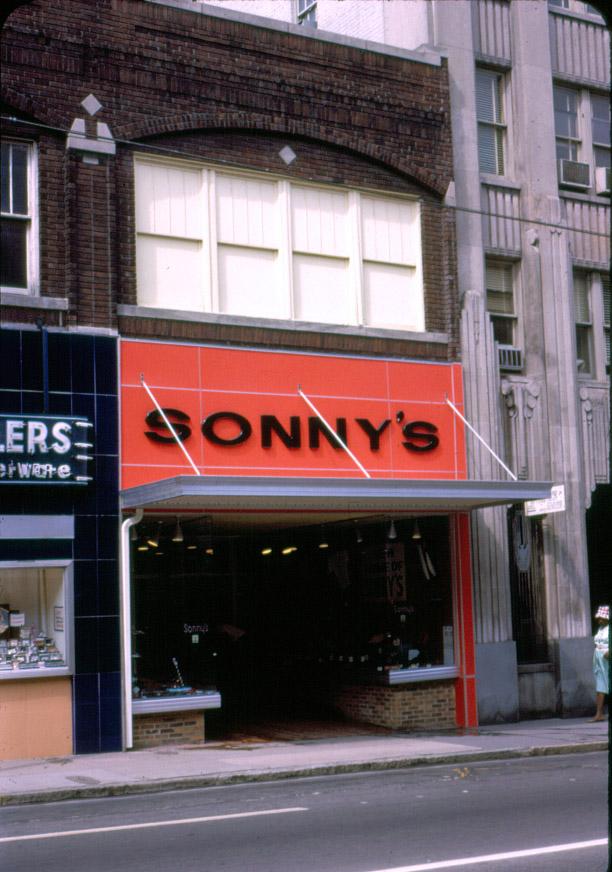 Weldon's received a facade 'improvement' in the early 1970s. Away abhorrent brick! 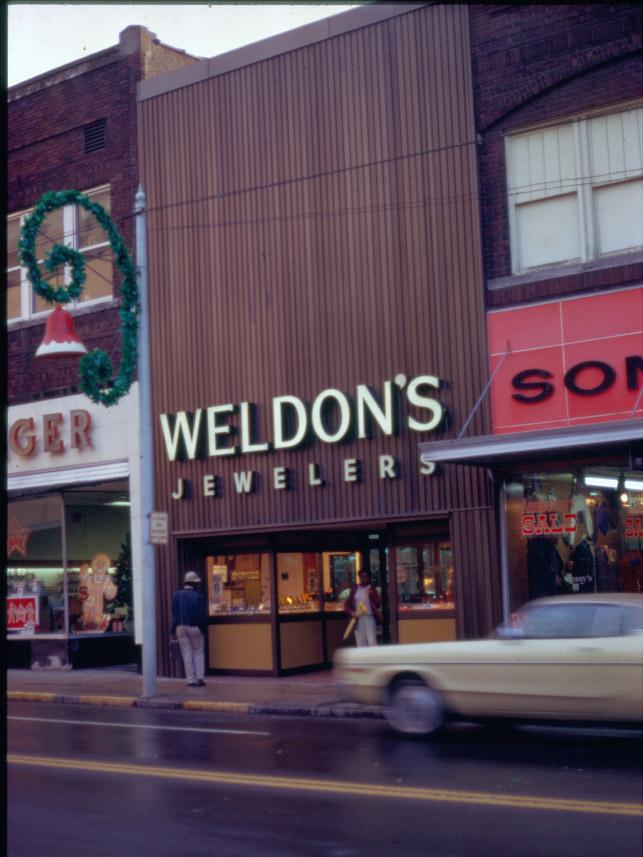 This building has been renovated, (including, thankfully, the removal of its pseudomodern facade) and now houses offices - and, I believe, living space on the second floor. 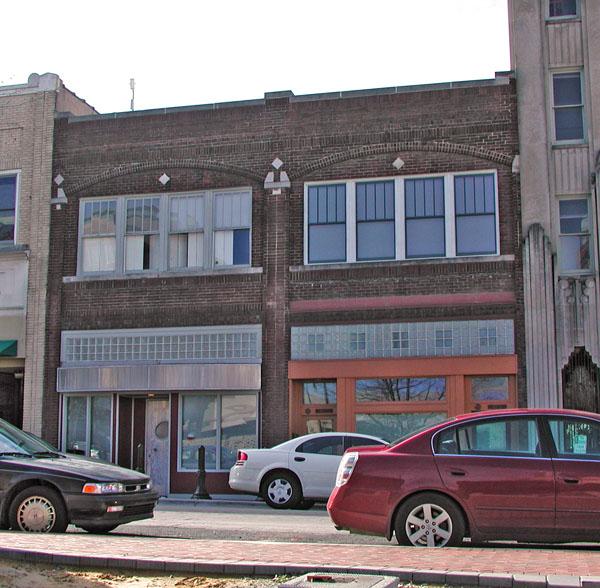 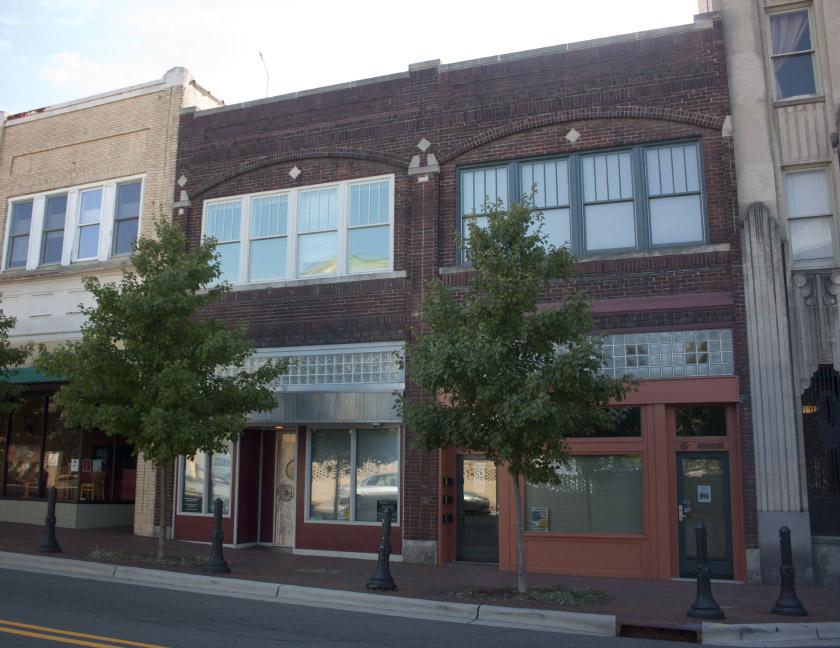 From the HPSD tour booklet: In the years following World War II, America's love affair with the private automobile came into full flower. By 1960, there were finally enough cars so that nearly everybody had access to one. The roads were wide open; we had conquered time and distance. In the heady drunkenness of our new love, our hands and arms grew...
Read More

Interesting to see how drastically places have changed.

OT: GK, are you happy with your new hosting setup? It occurs to me you could use Tabblo. You could probably do the whole blog there, but the layout tools, although they do more, might be more trouble than you want to put up with. But they don't have any image size or volume restrictions, and the unresized image is always available. FWIW, my publicly visible Tabblo stuff is here.

Joe - no, I've only got a temporary solution going right now using university servers for the newer pictures, which won't be available to me by this summer. Does tabblo let you link your pictures directly by url? Ideally, I'd like to continue to use blogspot but simply have a server space that I could url access photos on.

327 West Main is the home of Net Friends, Inc and SciMed Solutions with the entire building used for office space. There is a spiral staircase in the lobby, not sure if original or put in later.

329 has 600sq ft of retail in front, a small apartment unit in back and a beautifully renovated residential space on the 2nd floor.

Wow, the third Joe to leave a comment. As DS said above me, 327 is entirely used for office space. Netfriends is downstairs, and SciMed Solutions is upstairs.

There've been some skylights added upstairs, and some walls have been added or removed, but you can still see a lot of the old architecture inside (as I type this I'm looking at it).