322-324
North Mangum Street
Durham
NC
Year built
1900-1925
Year demolished
1962
Construction type
Masonry
Brick
Neighborhood
Downtown Central
Building Type
Commercial
Can you help?
You don't need to know everything, but do you know the architect?
Log in or register and you can edit this. 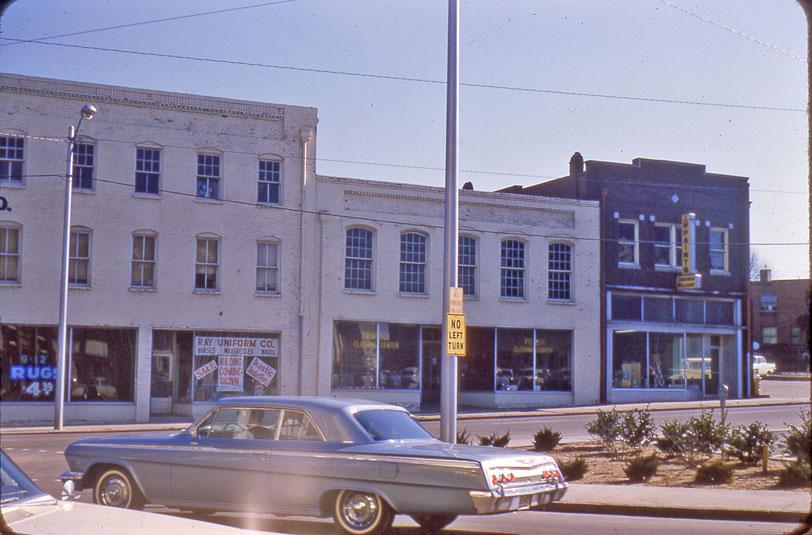 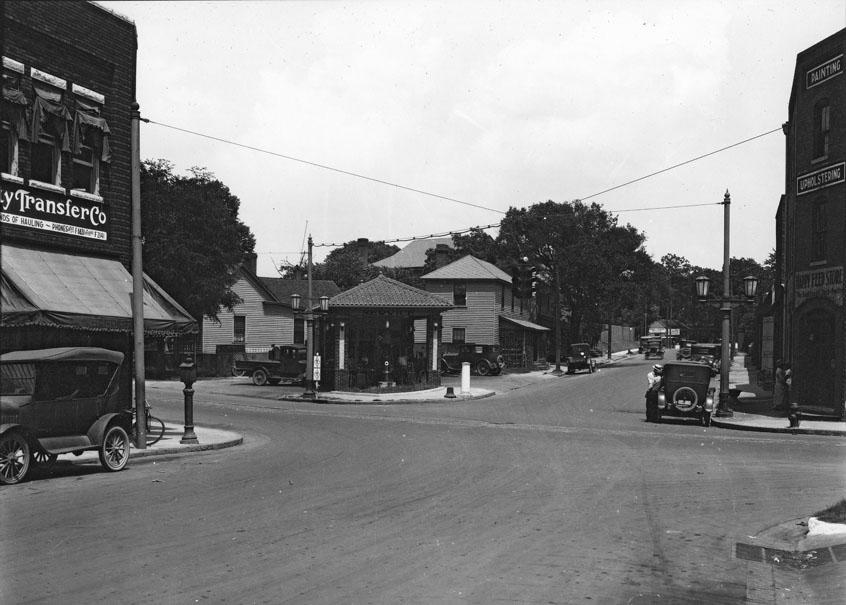 The southeast corner is to the right in this photo, looking northeast from N. Manguma and East Chapel Hill, 1920s.
(Courtesy Duke Archives) 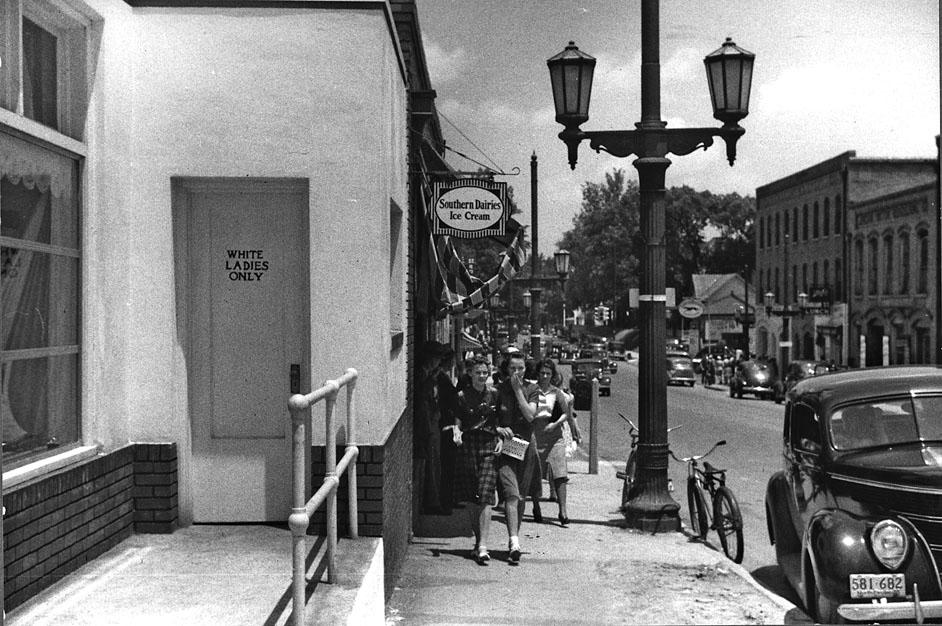 The view north on North Mangum, 1940 - the structures are visible on the right. The bus station is on the left - segregated, like most everything in Durham was.
(Library of Congress) 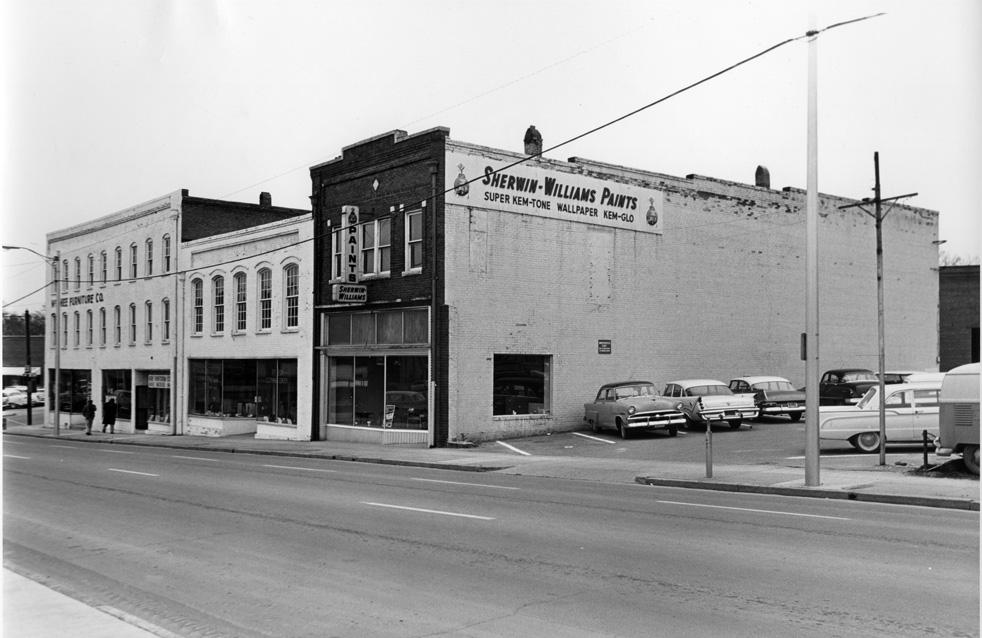 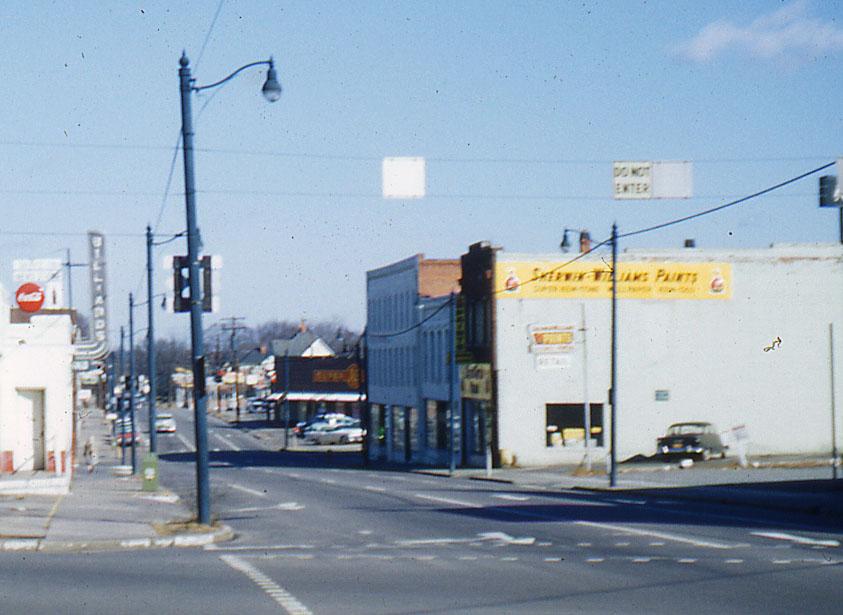 Yet another, looking east across Mangum.
(Courtesy Durham County Library) 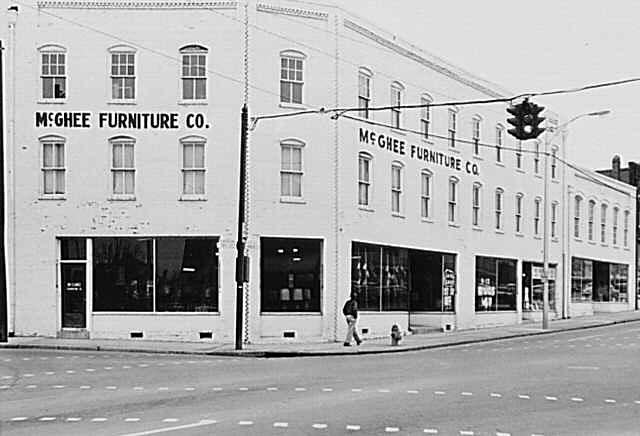 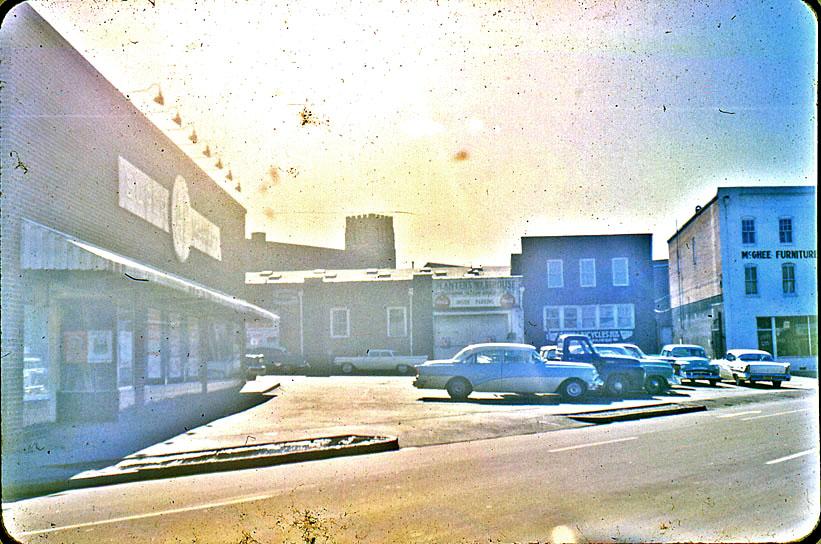 A view of an additonal structure on the corner 'site', the Rochelle Gun and Bicycle Shop - gotta love the combo deal = seen from the A&P parking lot. The Planter's Warehouse is to the left, and I'll profile that next time.
(Courtesy Durham County Library) 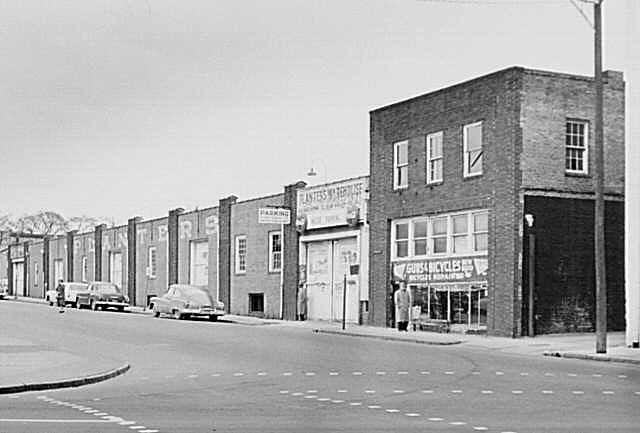 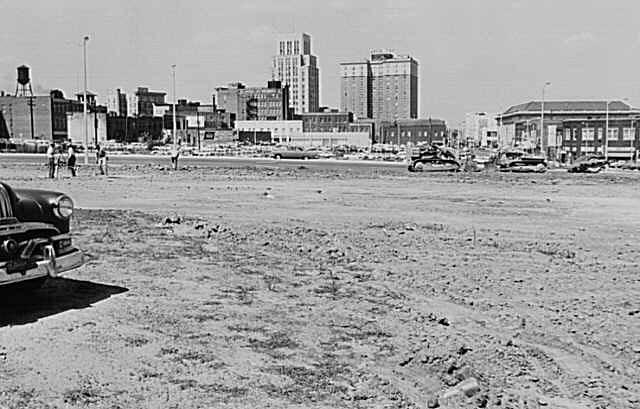 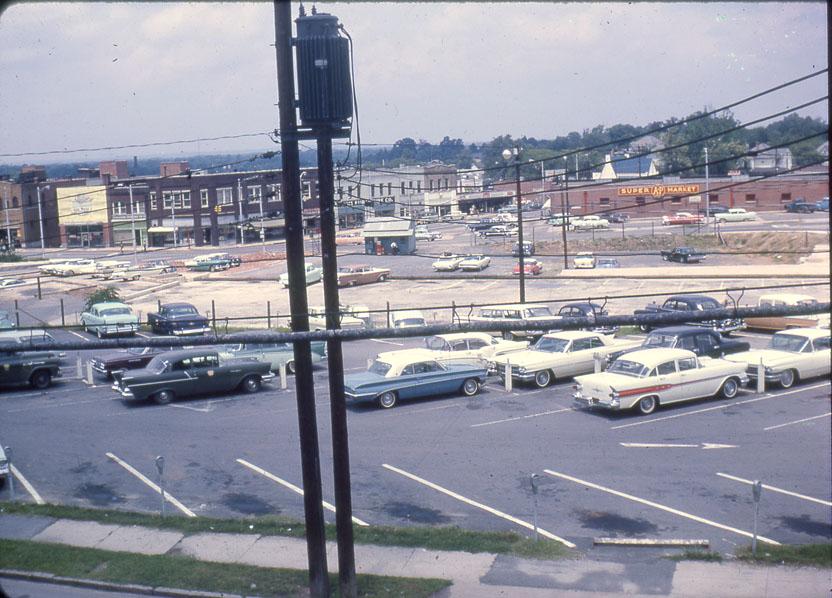 Within a few years, the city planned a fine new police station on this land. 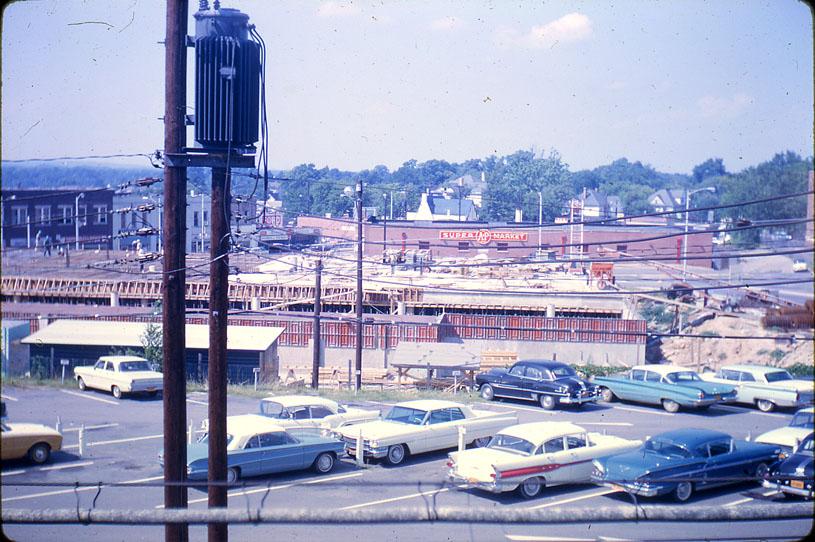 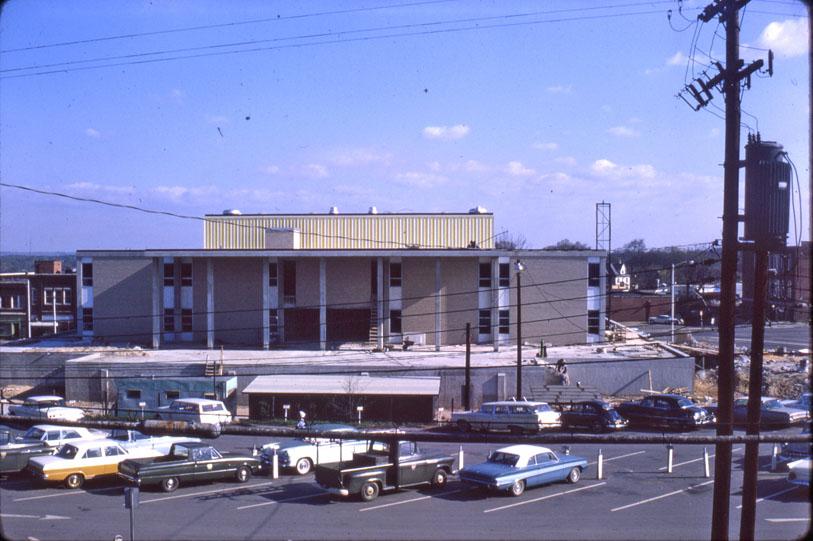 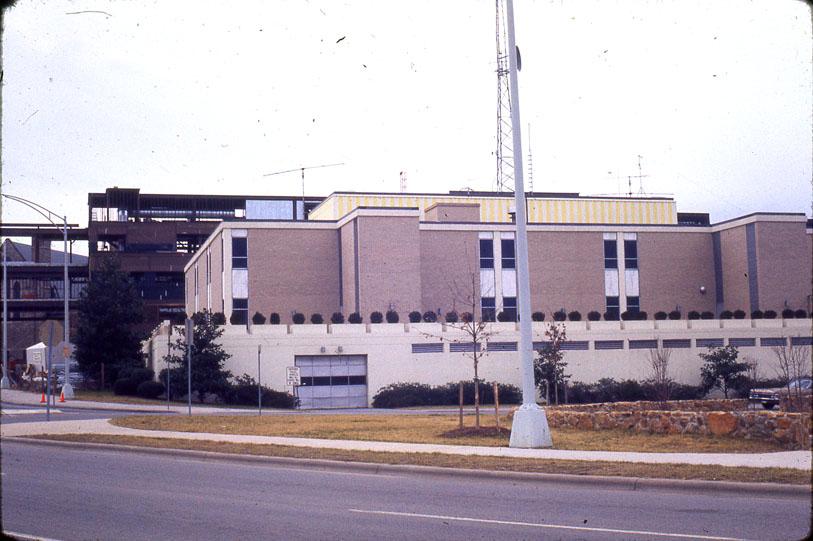 This building then became the city hall annex, which it remains.

Worst building in downtown? - ooh, tough category. The SouthBank building may win on size and prominent location. I have to give We-Want-Oprah (view 1) (view 2) its due with a certain kitch value to the windowalls and first-floor retail. City Hall itself - pretty atrocious, but, well, at least they were trying to be interesting.

This building is just stridently mediocre in style, and downright awful in site plan. I'm not sure you can give a bigger affront to a major street than this building does to East Chapel Hill St. It is classic for the 1960s - service entrances all around your main street, and then the main entrances fronting on a bare, useless space in the center.

We've gotten better about not being so stark with our spaces, but we're still building these inwardly focused street-affrontage buildings.

Michael B. commented a few posts ago that he'll break out the champagne when this sorry excuse of a building goes down - I think it will be a hoppin' party, and I'll be there.