320
Roney Street
Durham
NC
Year built
1925-1945
Construction type
Masonry
Neighborhood
Central Park
Use
Tobacco Warehouse
Tire Warehouse
Building Type
Industrial
Can you help?
You don't need to know everything, but do you know the architect?
Log in or register and you can edit this. 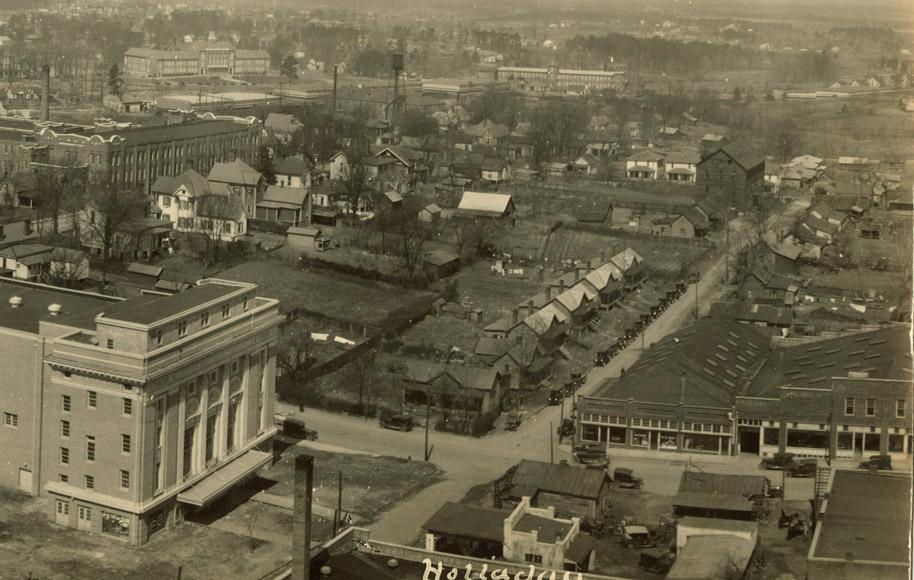 The 300 block of Roney St. first developed as a residential street - the disparity in housing is striking as you compare Morris St., to the left in the above picture, and Roney, to the right.

As the warehouse district began to develop in the 1930s, housing was demolished to construct warehouse and light industrial uses. 320 Roney Street was built between 1925 and 1937. In 1937, it was being used by the WP Henry Company as a tobacco warehouse. (Noted as "Ligget and Myers Lessee".) By the 1950s, it was used as a tire warehouse for Montgomery Aldridge, two blocks north on Roney. 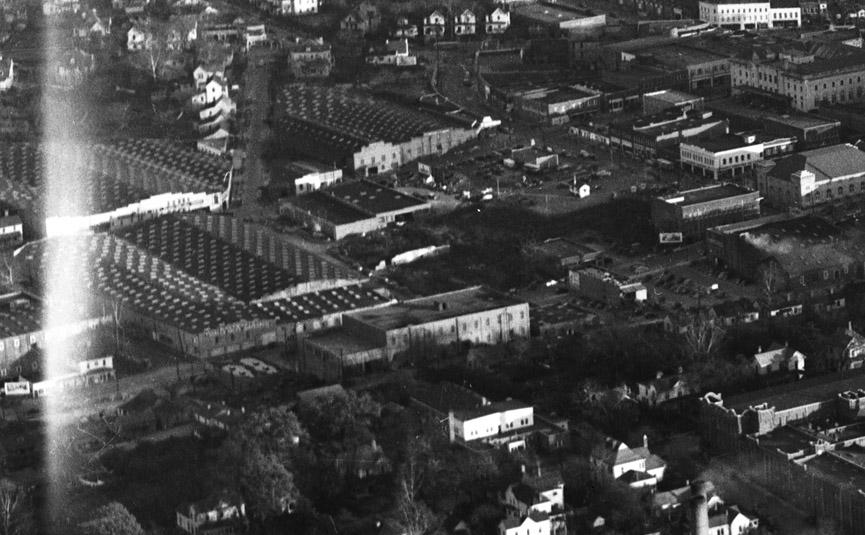 Looking southeast, 1948. The two-story building in the center of the picture is the Montgomery-Aldridge warehouse, below.
(Courtesy The Herald-Sun Newspaper)

By the 1960s, few houses were left on Roney St. The Durham Brazing and Welding Works was the other business located in the block. 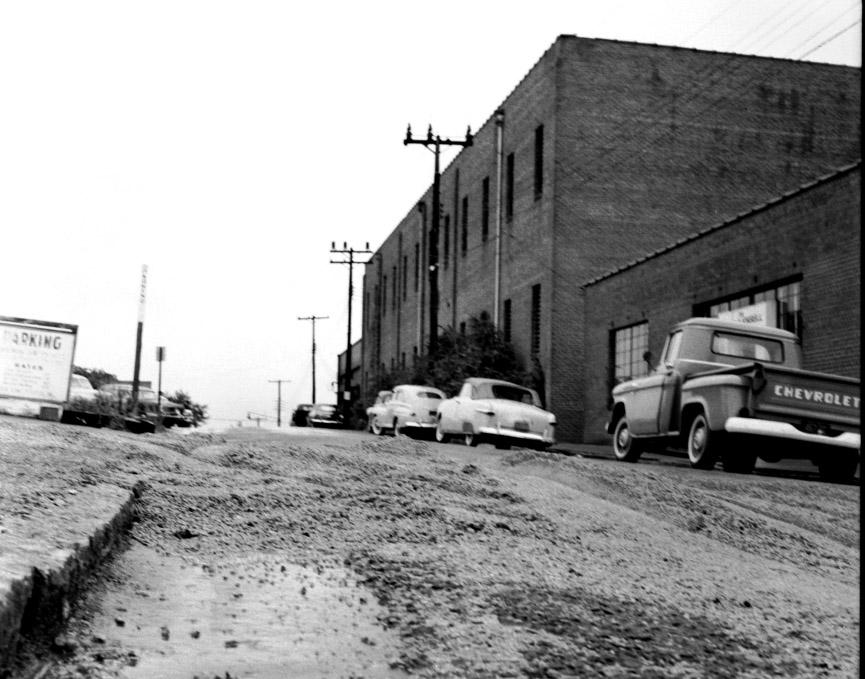 Roney St. has been quite diminished at this point, having lost 2 blocks to the south and one block to the north. Thus the 300 block remains almost a place lost in time - a feeling reinforced by the various equipment and vehicles surrounding Durham Brazing and Welding. 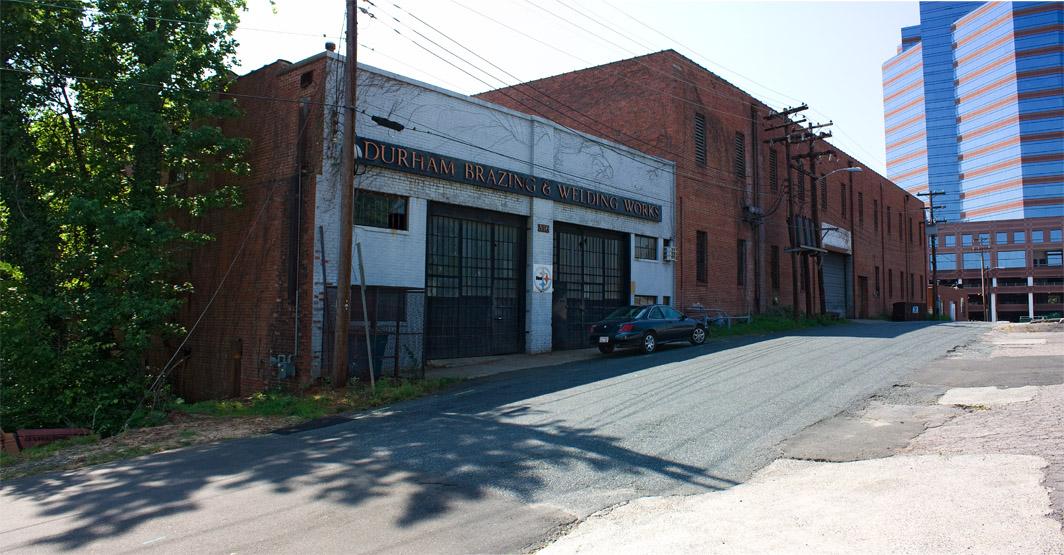 The warehouse is owned by NTR, Inc., a descendant of the Nu-Tread tire company and is controlled by Larry Ray. 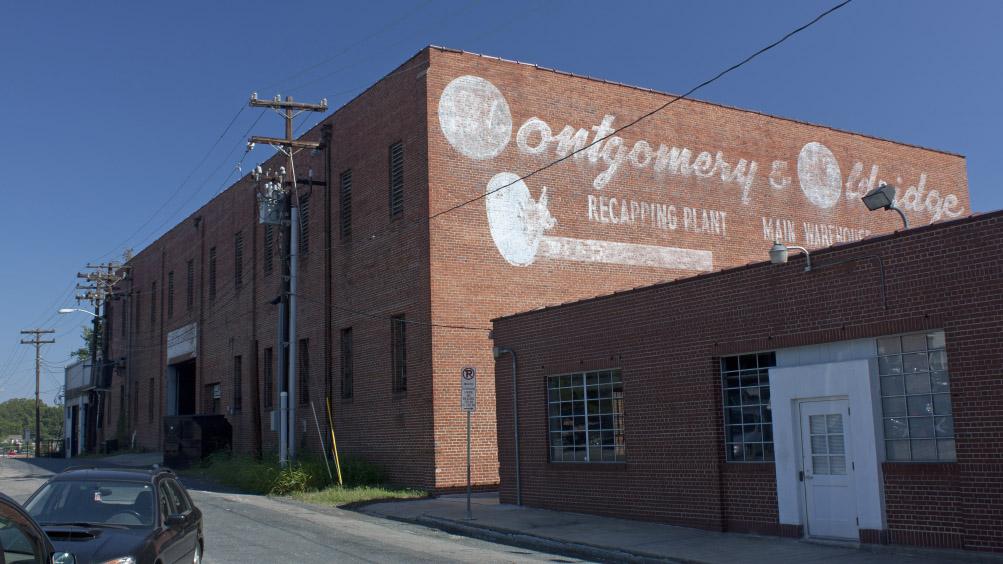