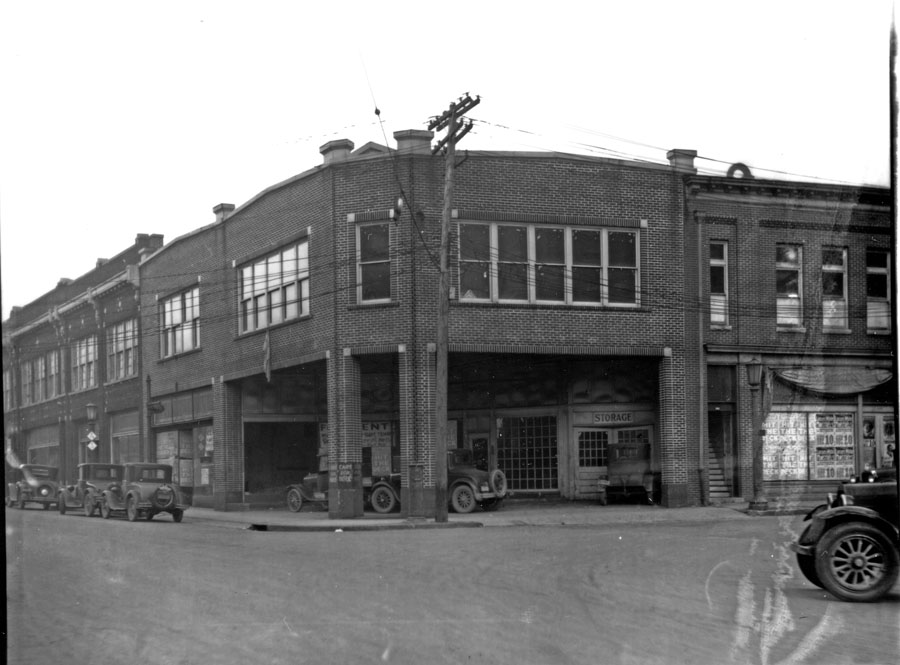 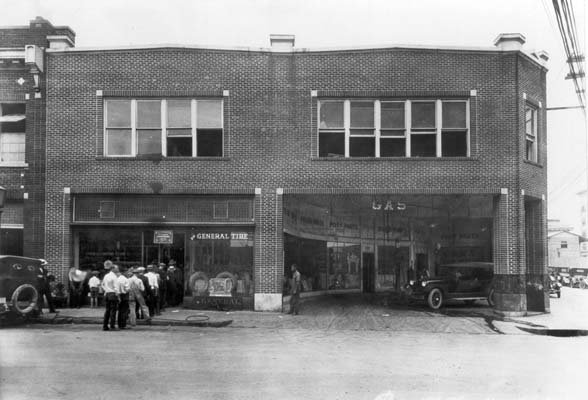 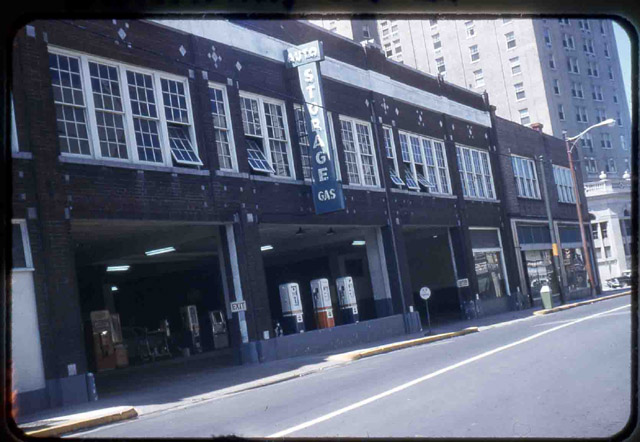 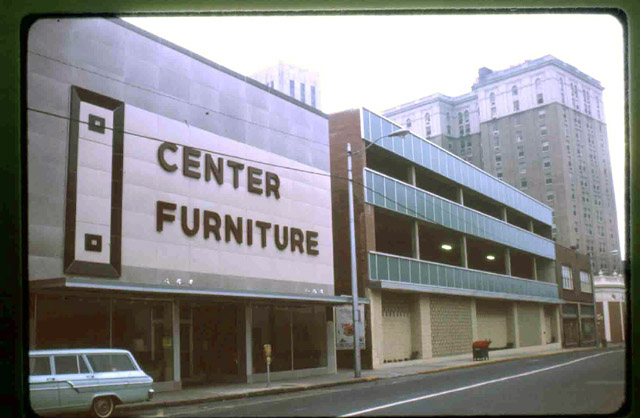 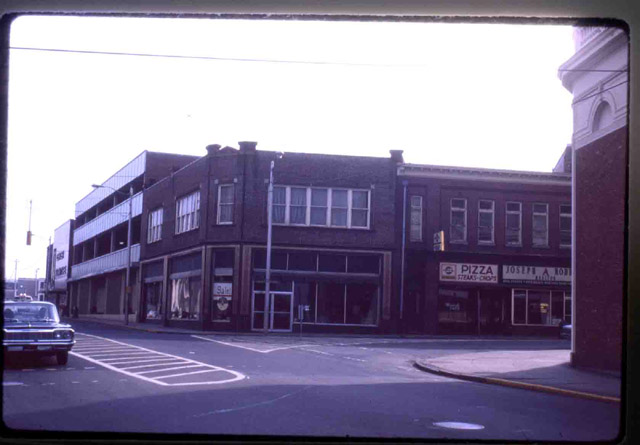 The remaining buildings on the corner of Corcoran and Chapel Hill St, encased by the Washington Duke Motel. Interestingly, the auto-oriented building on the corner has been coverted back to retail. Ralph Rogers notes that it was the "Thomas Bookstore".

These buildings would survive a few more years, but by 1966, that window-walled morsel of goodness known as the Washington Duke Motel just had to be expanded. 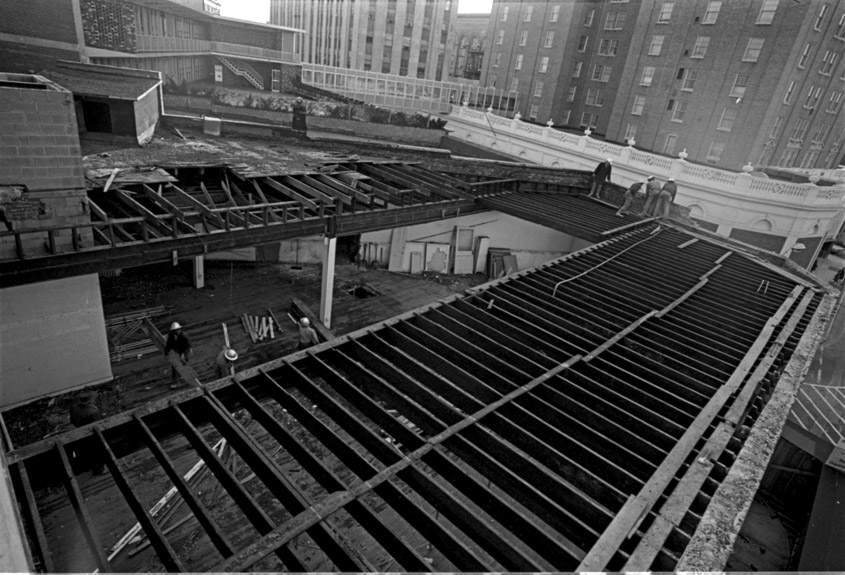 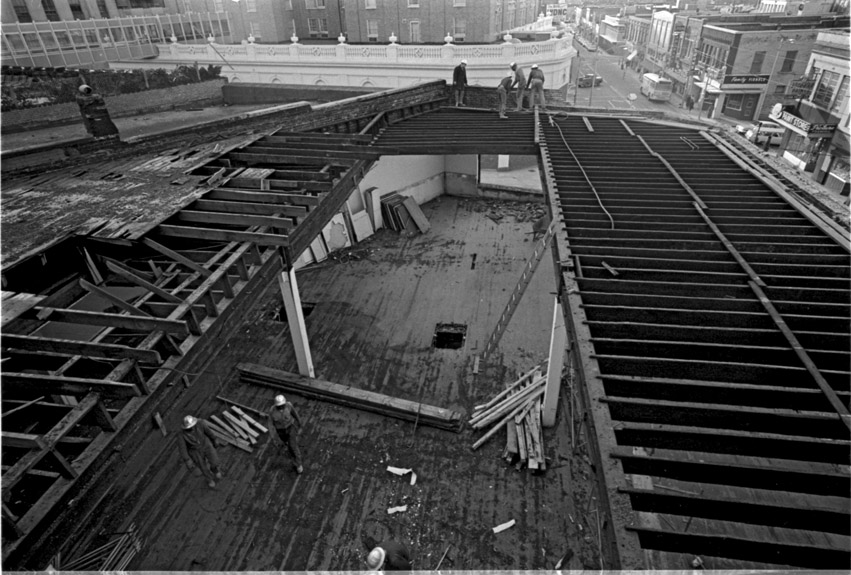 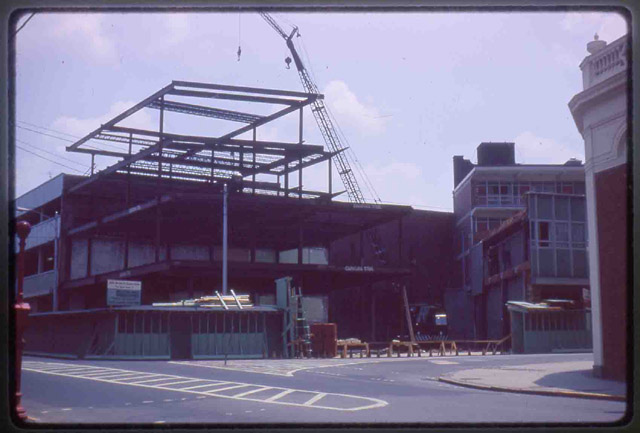 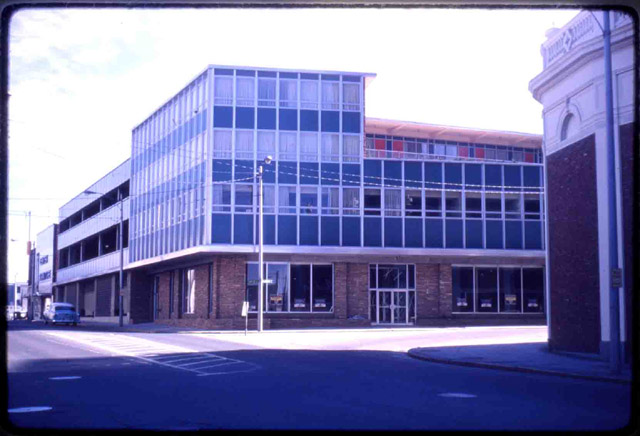 This building is primarily Ronnie Sturdivant's homage to Oprah now. The best thing that I can say about it from a design perspective is that it has first floor retail (Blue Coffee, TJ Phat Wear), which is how we are trying to build parking garages now. The rest of the building is just an eyesore - not just because it's modern, but because of the top-heavy form, the cut-out on the main facade, the blank wall on Chapel Hill Street, etc. 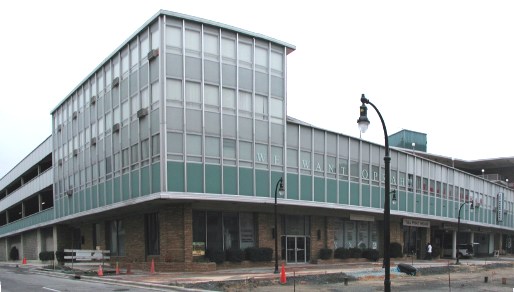 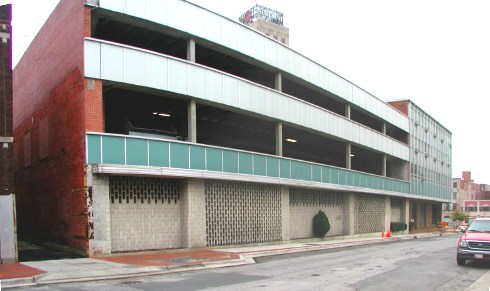 From Chapel Hill Street, looking west-southwest. A small tidbit I've noticed before - look at the alley on the east side of the building. The original east wall of the "Auto Gas Storage" building is still part of the Oprah structure.

They should tear down the

They should tear down the blue ugly window walled building and preserve the back wall of brick.

Can anyone fill me in on what

Can anyone fill me in on what the deal is with the Oprah thing on this building is? I have been wondering for a year or so.

Mr. RMy understanding is that

My understanding is that Ronnie Sturdivant was/is evidently on a campaign to bring Oprah to Durham, which he feels will inspire folks in Durham in such a way to solve some problems.

We want Oprah: Does anybody

We want Oprah: Does anybody have any contact information for the person who created this particular landmark sign? I wanted to let them know that in fact Oprah is going to be in Durham this spring.

Rebecca, that's going to be a

Rebecca, that's going to be a bit challenging. He was shot and killed at the end of August of this year (2008).