2412
South Alston Avenue
Durham
NC
Year built
1910
Architectural style
Four Square
Construction type
Frame
Neighborhood
Southern Durham
Use
Bed & Breakfast
Residence
Building Type
Residential
Can you help?
You don't need to know everything, but do you know the architect?
Log in or register and you can edit this.

In 1910, J. S. Hall, founder of Hall-Wynne Funeral Home in Durham, built a farmhouse at 2412 South Alston Avenue. This large 2 story farmhouse is rather unusual in form and does not fit neatly in the dominant house types in Durham County. It is an I-House, but instead of having a gable and chimney, it has a hipped roof and one large central corbelled brick chimney. The entrance is set off-center, but there is a gable dormer window set in the center that emphasizes the asymmetry of the entrance. The dormer has very ornate sawn work bargeboard. There is a full width, 2nd story front porch with craftsman style porch supports. The house has an original 1 story rear ell.

The house is significant as one of the few surviving examples of middle class farm houses is this section of the county. It is a designated historic landmark listed in the Durham County Historic Inventory, known as the Hall-Mann house.

Some of the original features that are still in the house are corner fireplaces, a wide open stair case, beveled mirrors and glass.

In 1910, South Alston Avenue was in the county and there were no other houses around it. After the house was finished, Mrs. Hall refused to move from the city of Durham to the county. Mr. Hall rented the house for awhile, then sold it to Mr. G. V. Mann and his wife Minnie. They moved in with their four children and a 5th child was born later. Mr. Mann started Pine Grove Farm and lived in the house with his wife and five children. As the children moved out on their own, Mr. Mann gave each some land to build their own homes on. Today, there are five small houses and the original Mann house around the property that was the Pine Grove Farm. The area is also known as Mann Hill because the house sits up on a little hill and all the other houses around it are owned by members of the Mann family.

In 1988, a tornado went through the area and knocked down most of the "Pine Grove". The pecan trees and most of the other trees survived. The roof on the house lost most of its shingles. The house was repaired, but the house remained empty until 1998 when it was bought by Carol and Steve Barden. 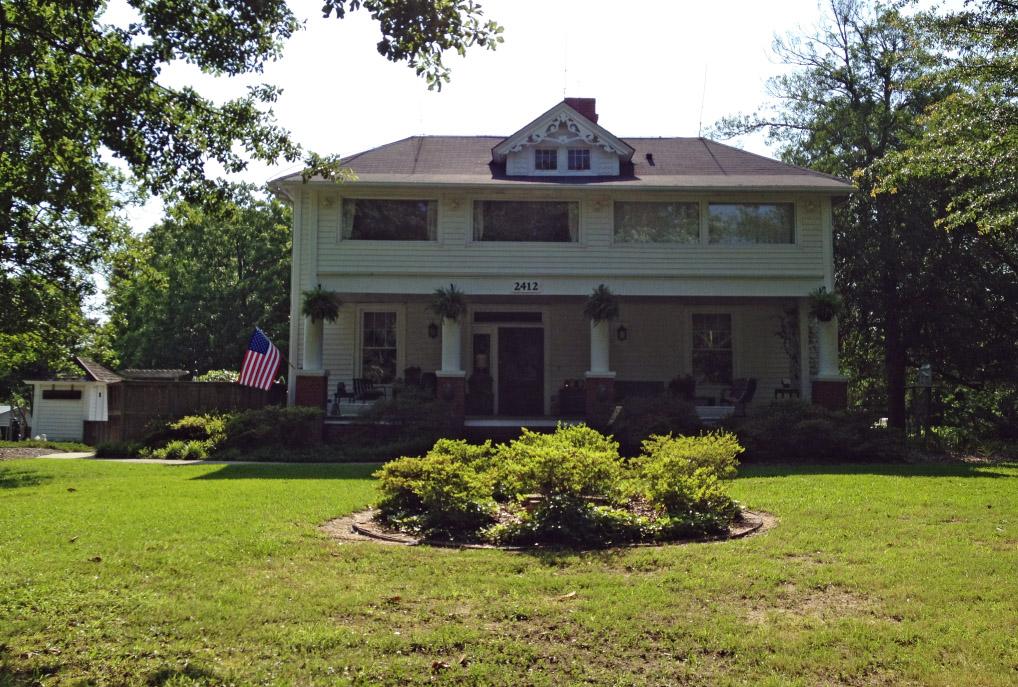