217
Foster Street
Durham
NC
Year built
1920-1930
Year demolished
1967-1970
Construction type
Brick
Masonry
Neighborhood
Downtown Central
Use
Laundry
Building Type
Commercial
Can you help?
You don't need to know everything, but do you know the architect?
Log in or register and you can edit this.

The 200 Block of Foster St. developed as a commercial/light industrial area which supplanted several residences in the northern portion of the block at the turn of the century. The block was also the home of the Model Laundry by the 1920s.

This building was replaced by a new building in the 1920s with a stucco facade, renumbered 217 Foster St., which extended all of the way through the block to Roney Street.

This aerial view from 1938 shows the rear of the structures in the 200 block, with the Armory to the left (north). Roney St. is in the foreground. Running through the middle of the block was an auto service area called the Lyon garage. 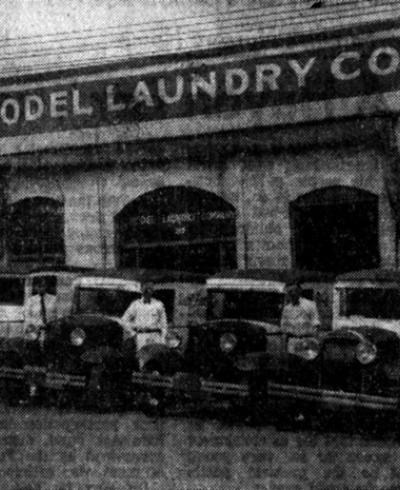