204-212
Rigsbee Avenue
Durham
NC
Construction type
Masonry
Local historic district
Downtown Durham
National Register
Downtown Durham
Neighborhood
Downtown Central
Building Type
Residential
Can you help?
You don't need to know everything, but do you know the year it was built?
Log in or register and you can edit this.

The once-residential area on Rigsbee developed from the tobacco warehouses south and from Mangum north during the 1920s. The house in the middle, now 204-208 Rigsbee, was demolished for parking (yep, even back in the 1920s.) The above photo shows the lot to the left of 216 Rigsbee from the construction site of the post office, 1934. 400 East Chapel Hill would be just out of frame to the right.

Below, this picture from 1938 shows that the lot remained vacant - it appears that there might be a parking kiosk at the back of the lot. 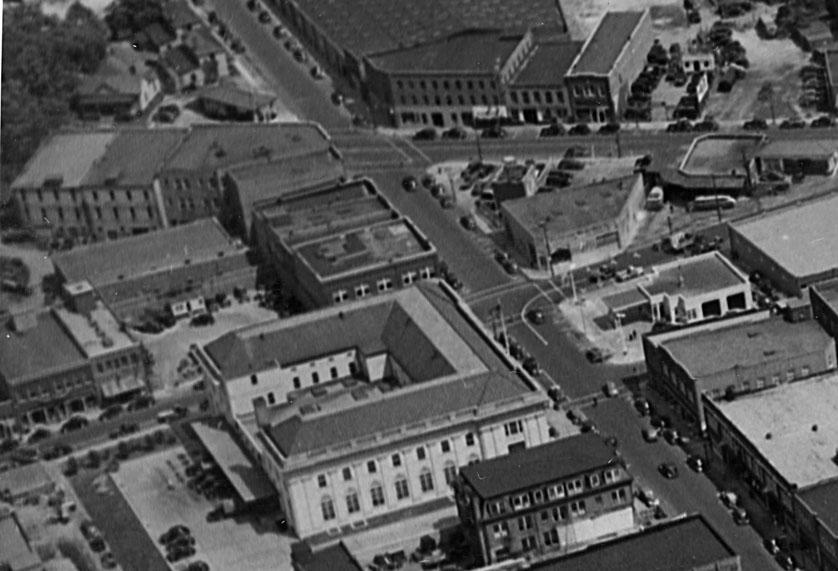 The below picture serves only to narrow down the date of construction - it shows nothing more that the roof of the buildings that were built on the lot, but the picture was taken in 1940. 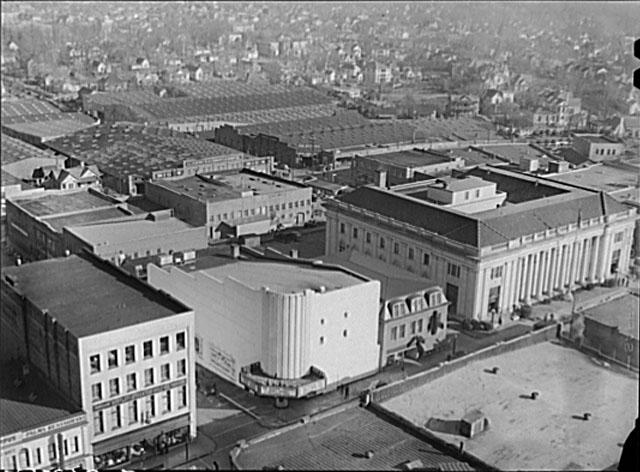 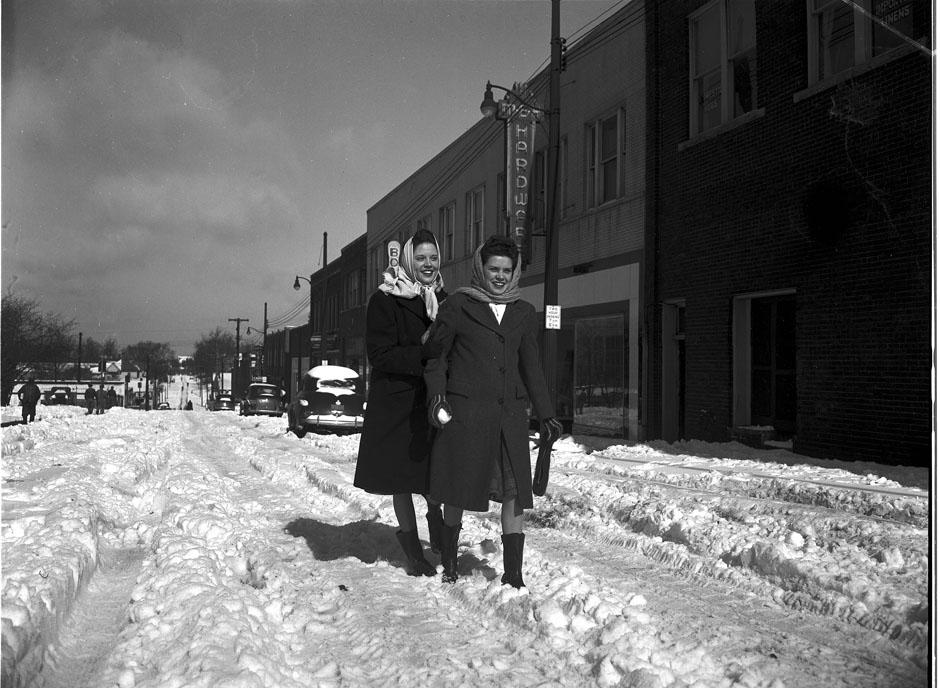 A view of the buildings on the right, 1945.
(Courtesy Herald-Sun) 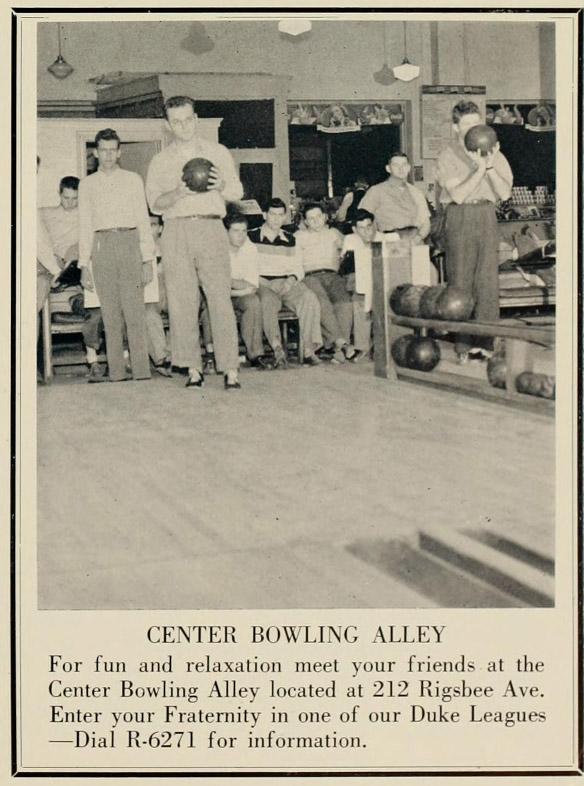 The post office makes a view of the front of the buildings difficult - only the top floor is visible. 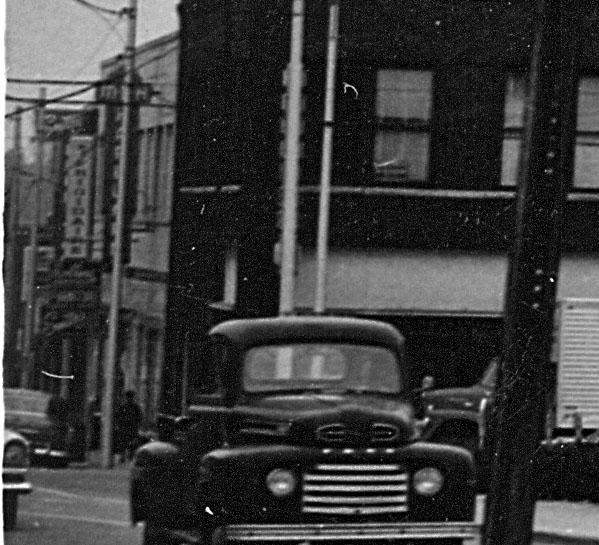 In the 1990s, these buildings housed Smith's Furniture store, Equipment Broker Service commercial kitchen supply store, and Captured Live studios. However, faulty wiring in the studio was later blamed for a fire that gutted the buildings in July 1998.

John Warasila had some guts and vision to take on both buildings and renovate one as office space for Alliance Architecture (with condos upstairs) and The Eleanor - which I believe is condos and meeting space. 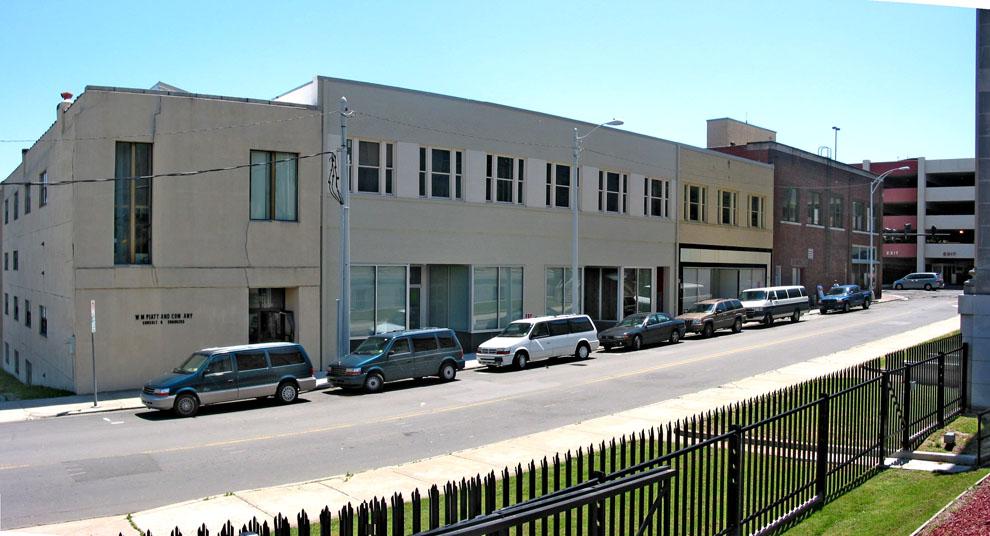 I hope Greenfire shows similar love for Durham's history on the fire-gutted 120 West Main St. and doesn't use the fire as an excuse to take those buildings down. The classic counter to the preservation argument is "oh, it was too far gone." While there is such as thing as 'too far gone' - total collapse comes to mind - it's more often an excuse. The more honest answer would be "it wasn't worth it to us." I'm thrilled that it was worth it to Warasila.

something to note is the Captured Live area also was host to a short-lived nightclub/rave-dance venue; short-lived due to the fire. as you know, the location on Parrish St. that housed a gay nightclub/dance venue also went up in flames shortly after the club opened. i know the official records indicate accidental causes, but certainly there were those of us around in the underground dance scene who wondered if there was an arsonist in the area who particularly disliked dancing kids in baggy pants.

Thanks for that info - I wasn't aware that there was a dance scene at Captured Live. The Wonderland is the burned out building, now owned by Greenfire, that I reference in the post. A baggy pants conspiracy theory - I'll run with that...