The northwest corner of East Chapel Hill St. and Roney Sts. was vacant land during the late 1910s and early 1920s - commercial masonry storefronts that filled in along the block face to the west didn't make it down this far, for whatever reason. A filling station was built on the corner in the late 1920s - which was a Pure Oil station by the 1940s. 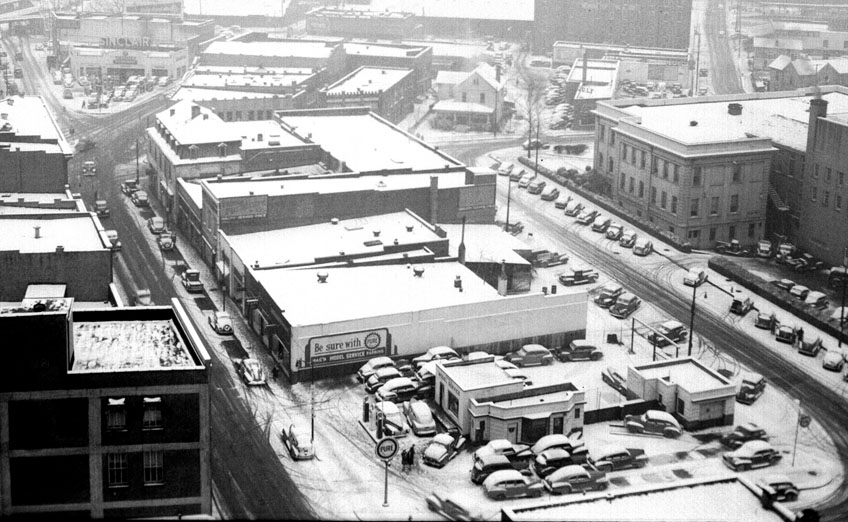 This station was remodeled by the 1950s. 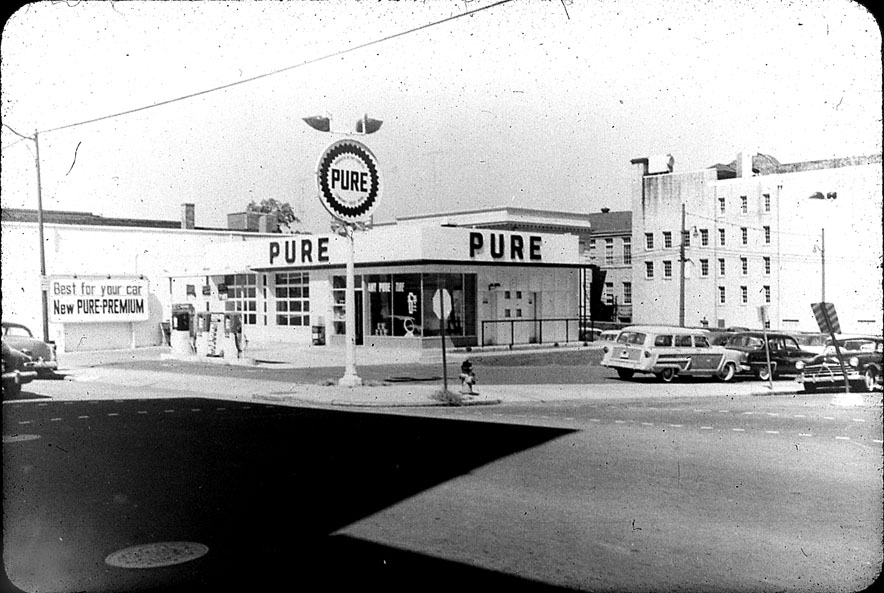 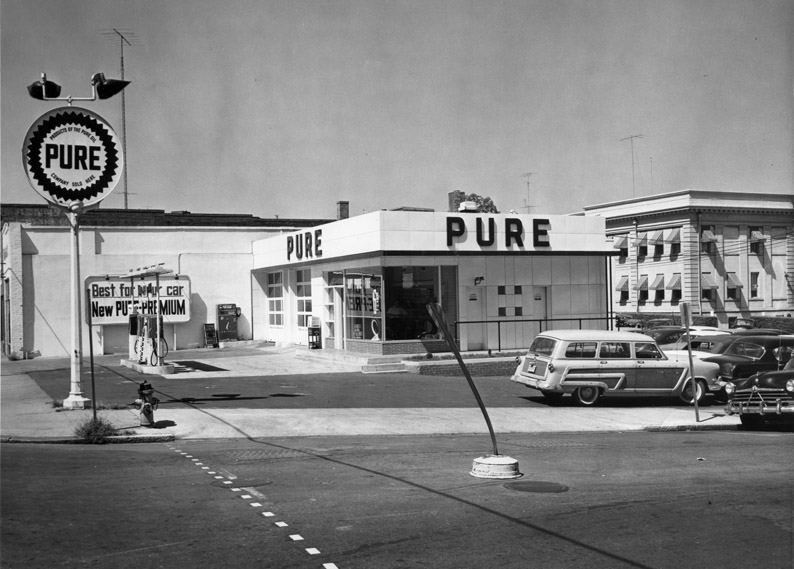 1950s, looking west-northwest. The back of City Hall is in the background
(Courtesy Duke Archives, Wyatt Dixon Collection)

In 1958, the gas station was torn down, and the Security Savings and Loan building was constructed in its place 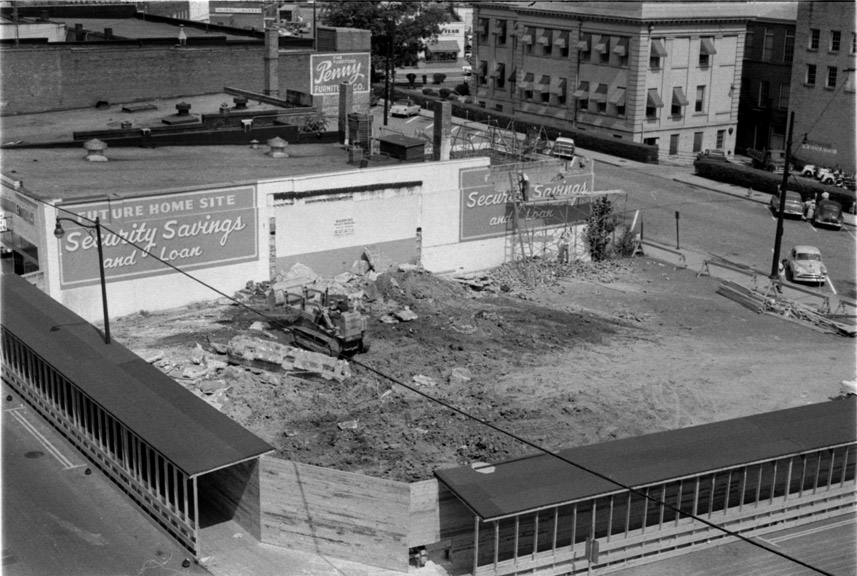 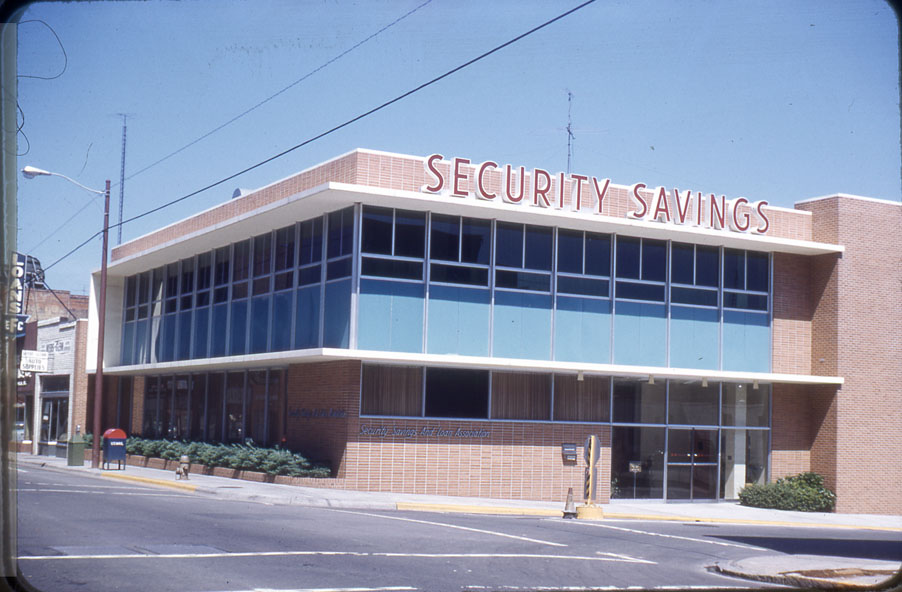 This was torn down as part of the construction of the convention center in 1987-88. The intersection of Roney St. and Chapel Hill St. was eliminated. 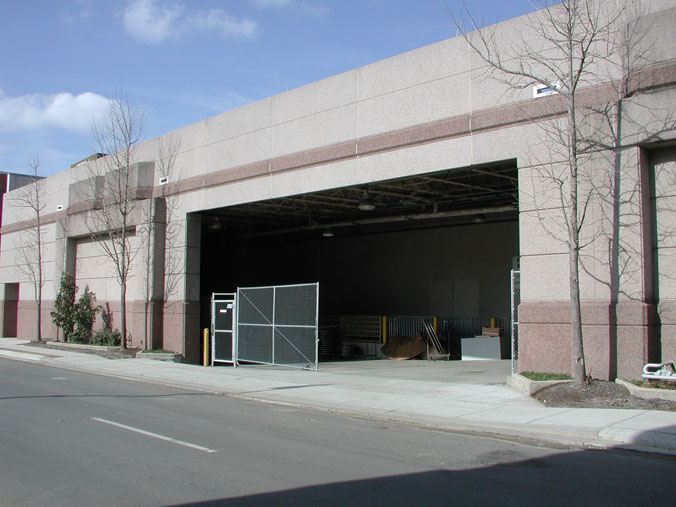