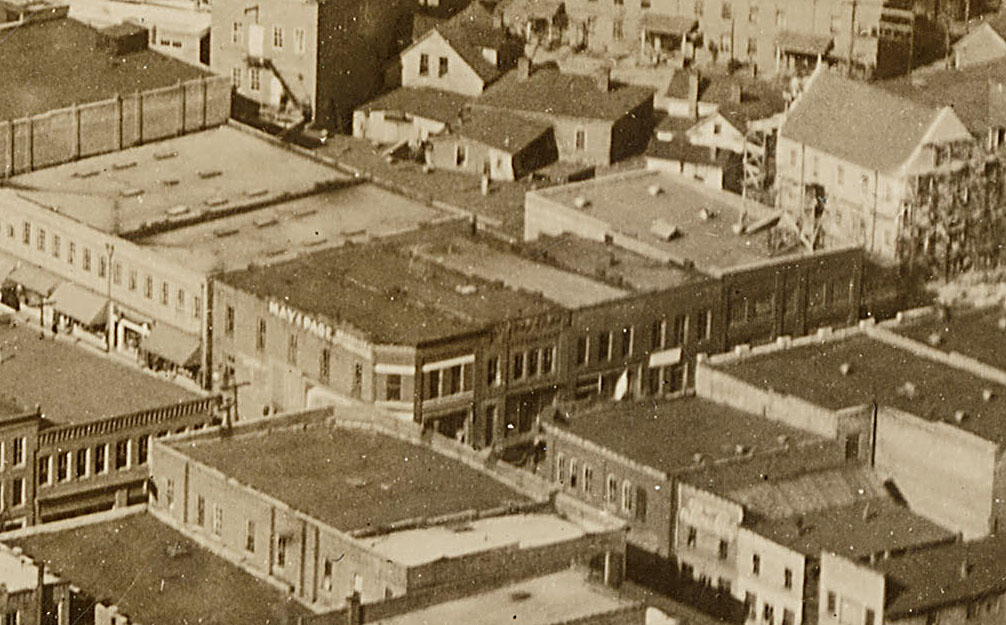 The Hicks Building at 201 N. Church St. housed the May and Page grocers in the early mid-20th century. 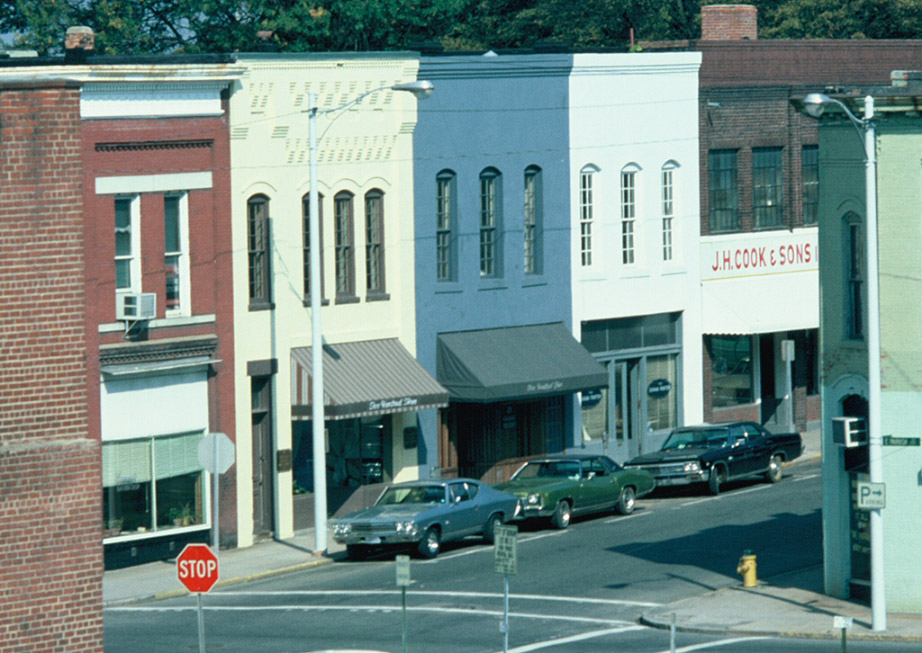 The above only shows a small portion of 201 N. Church to the left, but you can see the brick of the structure prior to the application of paint. (Courtesy Norman Williams Collection) 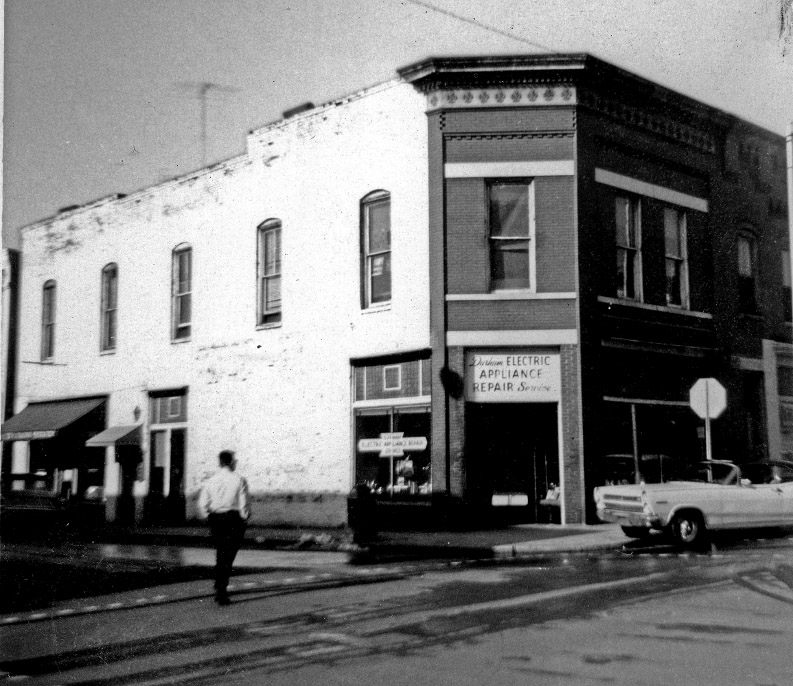 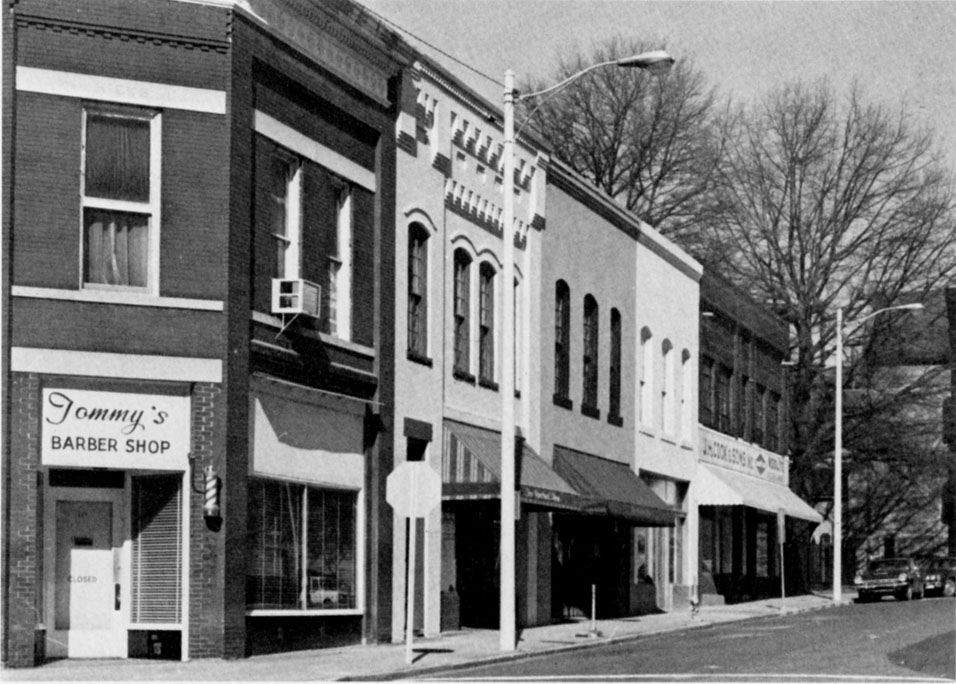 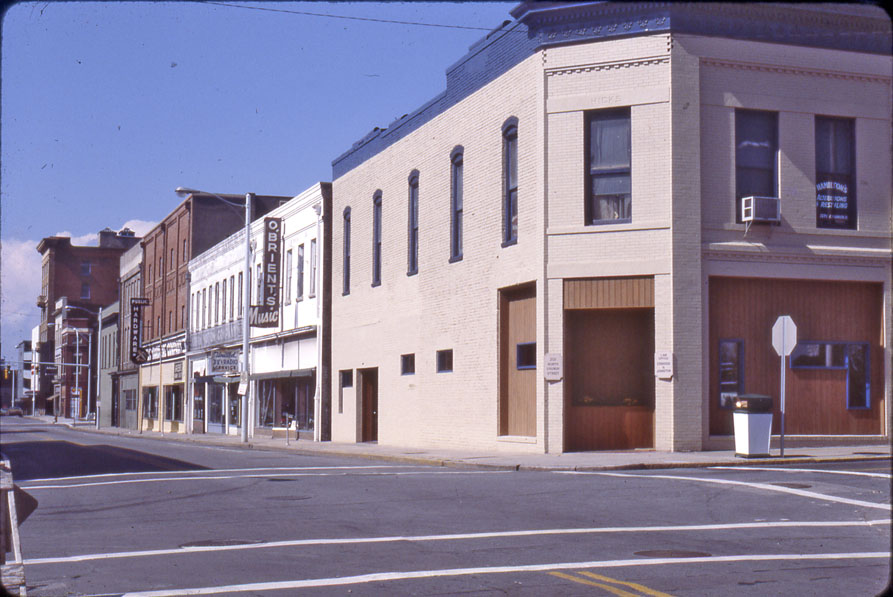 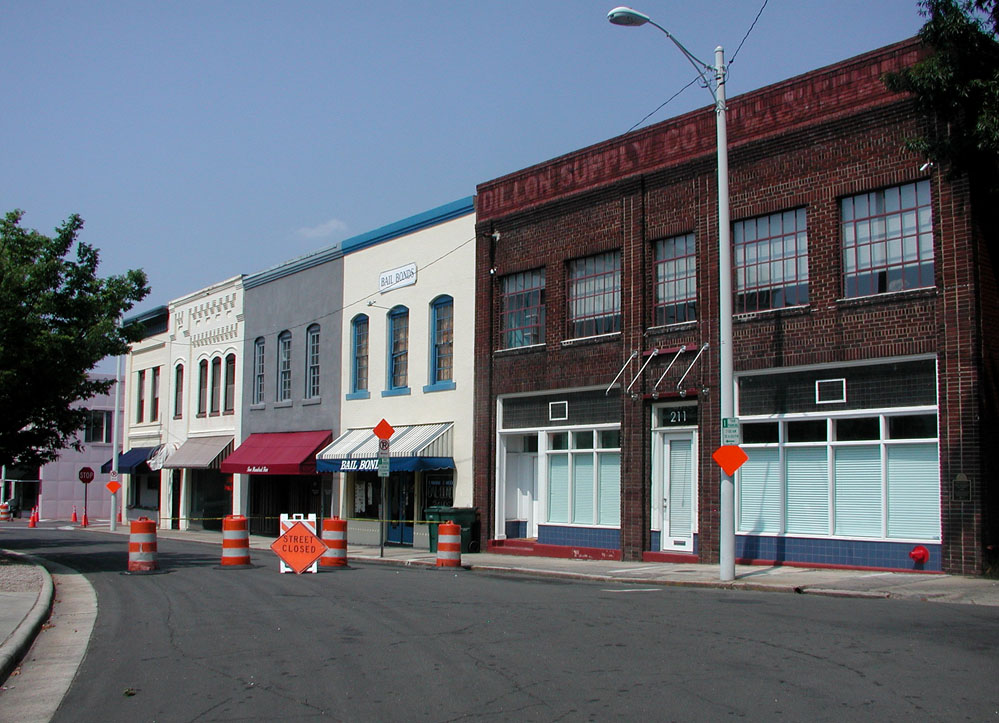 The latent potential in the buildings on the west side of N. Church St. is amazing, though. Active participation and some thinking/planning beyond the immediate needs of the government will be needed by the county, which owns all the moribund land on the east side of N. Church. If that's ever developed into something with active storefronts facing N. Church , this little two-block section could be a great node of development on the east side of downtown. 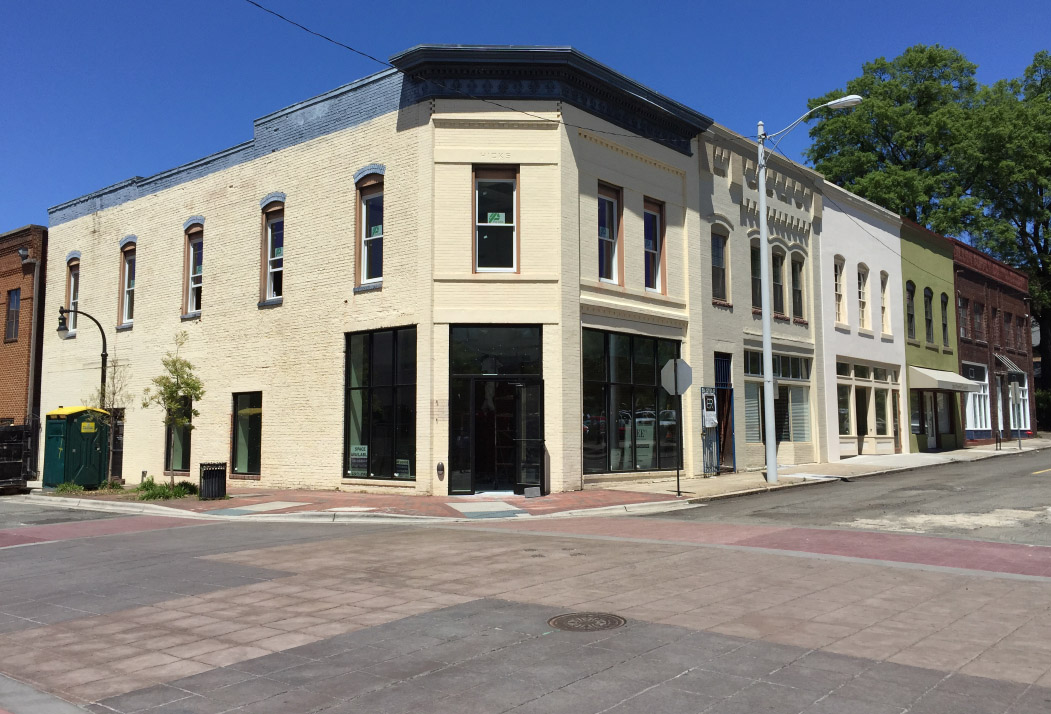 According to the Sanborn Fire