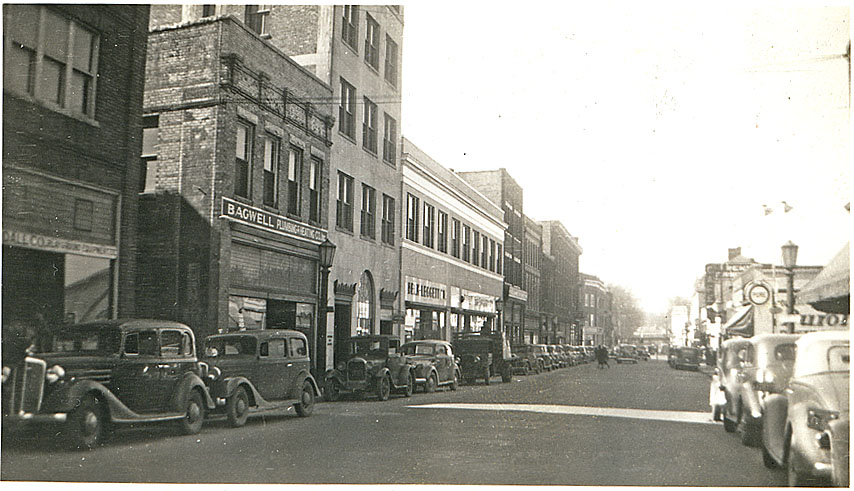 128-130 is the taller (5 story) structure to the right of Bagwell Plumbing and Heating (132 ECH.) It served as the headquarters for the Southern Fire Insurance Company until they moved to West Durham in 1951. It then was absorbed into Belk-Leggett Department Store. 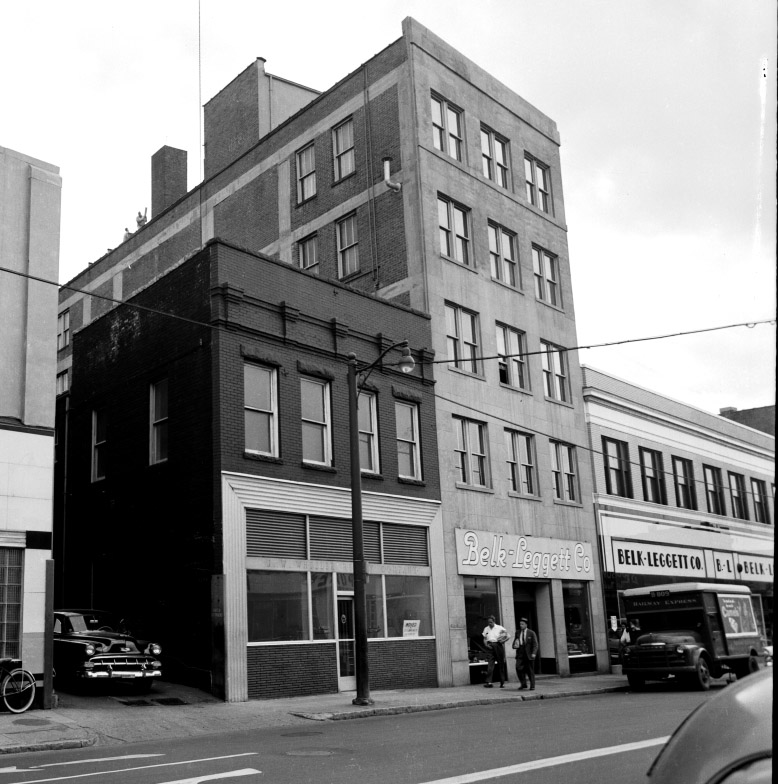 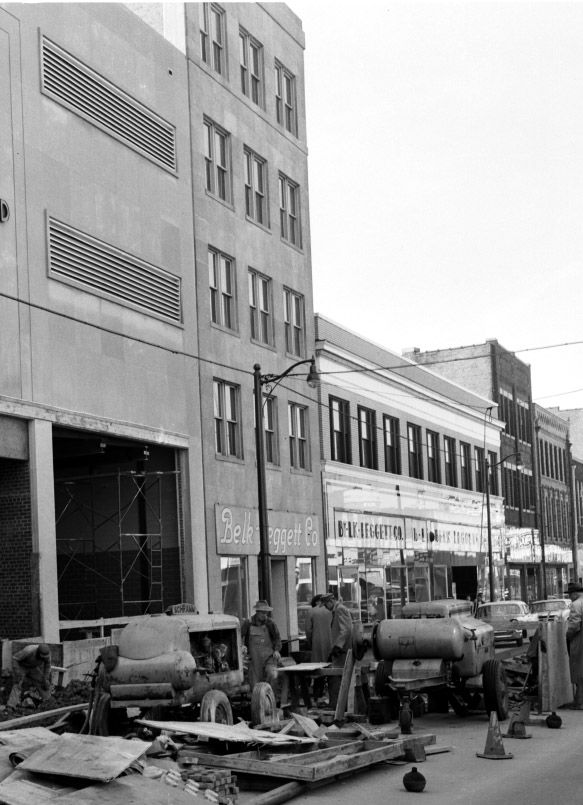 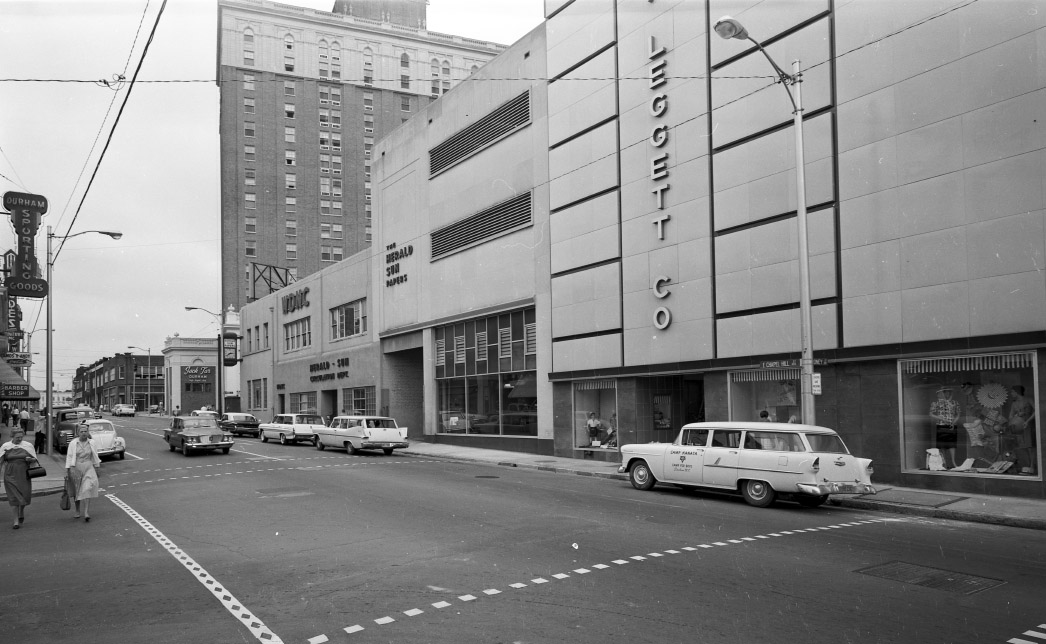 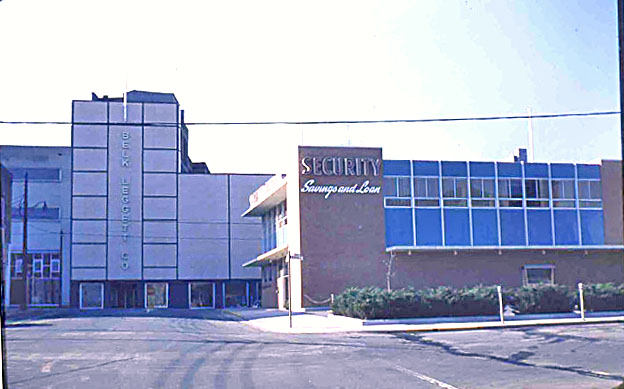 From Roney St., looking south, mid 1960s. 128-130 East Main is the tall building with the "Belk Leggett Co" running vertically down the facade. The Carolina Theater would have been to the right of the photographer. Manning Place runs between the photographer and the Security Savings and Loan.
(Courtesy Durham County Library)

By 1977, the decision was made to tear down all of the buildings now associated with Belk - i.e., the bulk of the triangle, leaving empty space. 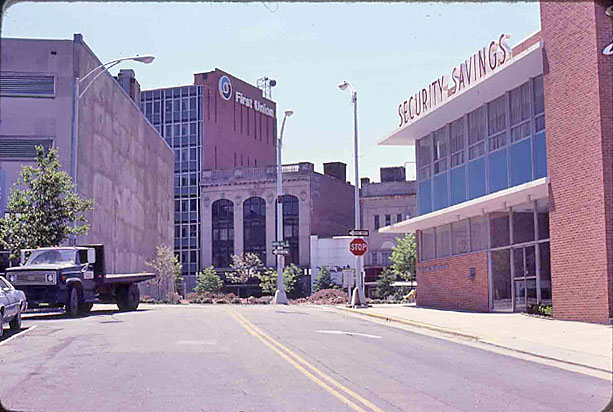 In 1986, the Herald-Sun built a large addition to their exisitng buildings on East Chapel Hill and Market Streets. After they moved out to the bypass in 1990, this became the Bull City Business Center. 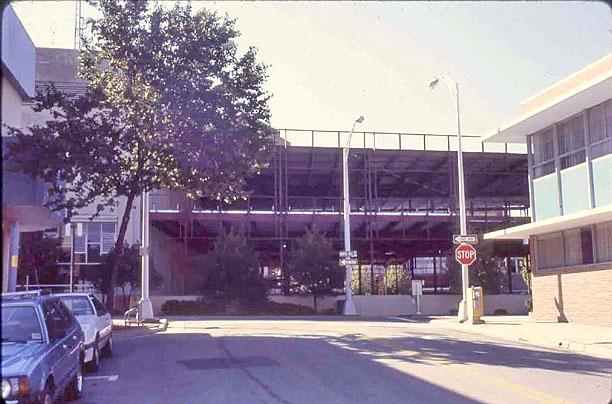 Around the same time, because the city was on a roll with bright ideas, the convention center was built, placing a bunch of service entrance area along East Chapel Hill St., and closing Roney St. (thereby cutting the Carolina Theater off from everything else downtown.)

Today East Chapel Hill St. is a bleak corridor along this block, once you get past the Penny Furniture building - with dead walls on either side of the street.

Roney St. doesn't exist south of the Loop anymore, but this picture is taken from around where Roney St. used to be, looking southeast. 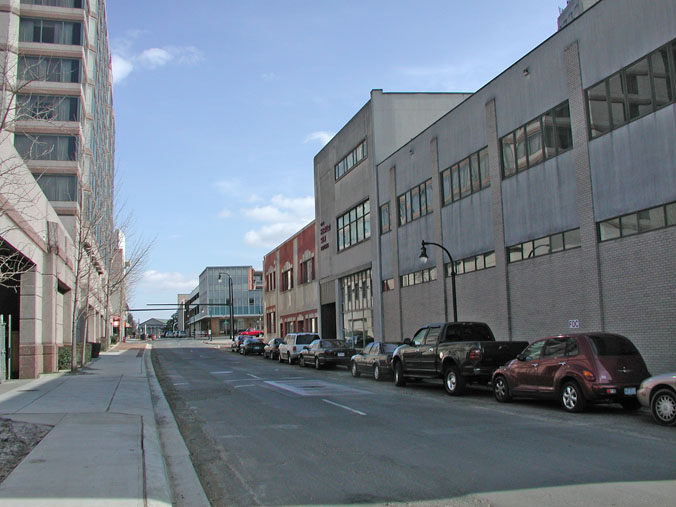 Hopefully there will be some decent infill along here at some point, bringing some storefronts back to East Chapel Hill. Knocking a big hole in the convention center to access the Carolina Theater wouldn't hurt either.