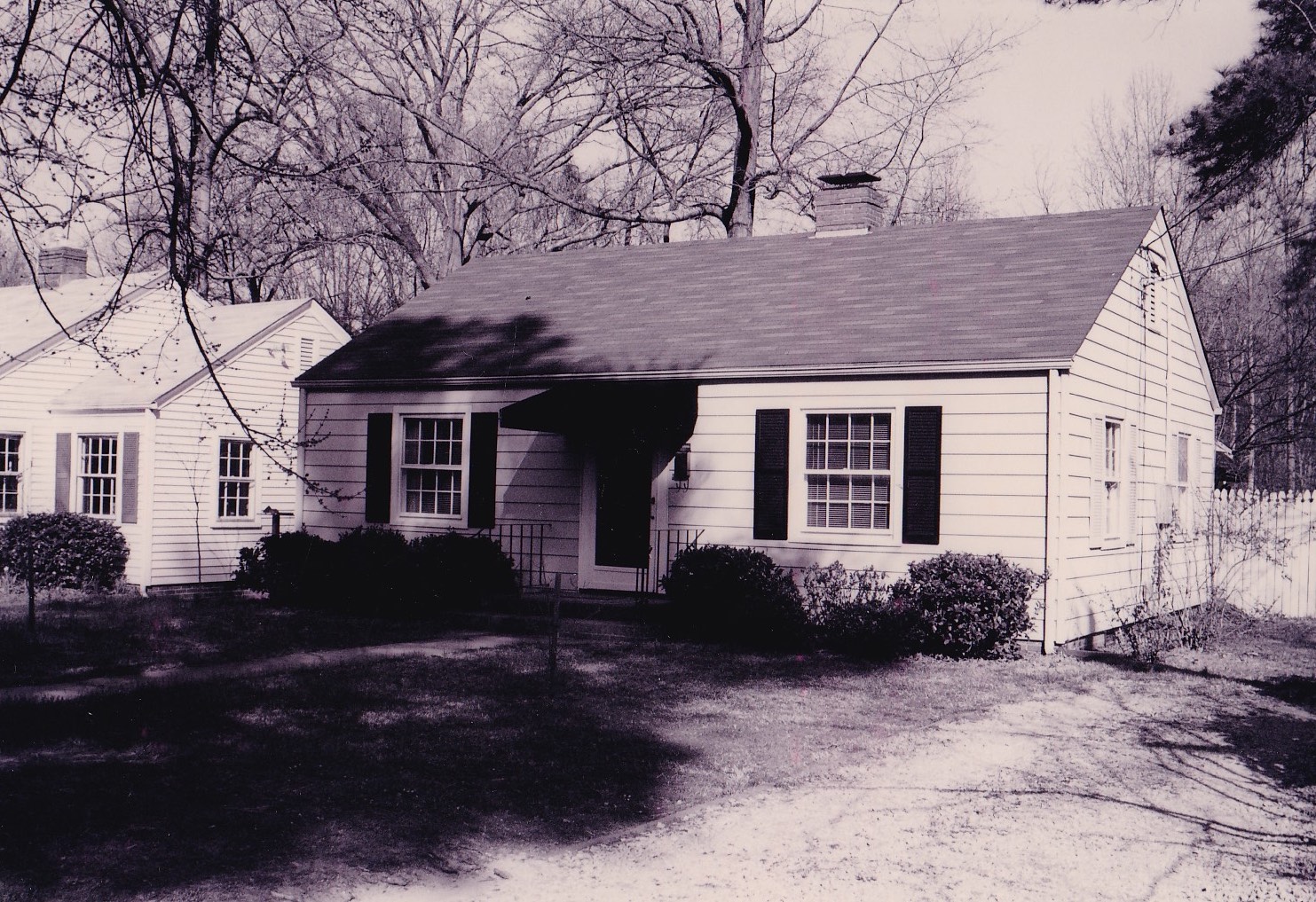 Part of the rapid development of this eastern edge of Trinity Park near South Ellerbe Creek in the years immediately after World War II, the first owner and occupant of this house appears to have been Henry D. Harris.  Married to Grace H. Harris, Henry was a longtime manager at Colonial Furniture near Five Points downtown.  The house belonged to Mrs. Harris until 1992.