117
West Main Street
Durham
NC
Local historic district
Downtown Durham
National Register
Downtown Durham
Neighborhood
Downtown Central
Building Type
Commercial
Can you help?
You don't need to know everything, but do you know the year it was built?
Log in or register and you can edit this.

The south side of the 100 block of West Main St. contains a collection of some of the oldest structures remaining in downtown. The buildings at 117 and 119 West Main St. both date from the 1890s. 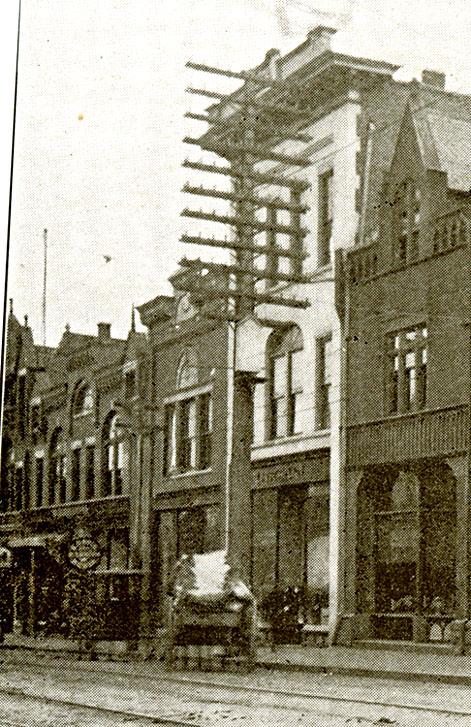 An unusual shot shows these buildings from Parrish St. immediately after the fire of 1914 - a view only possible because the normally-intervening buildings had been destroyed. 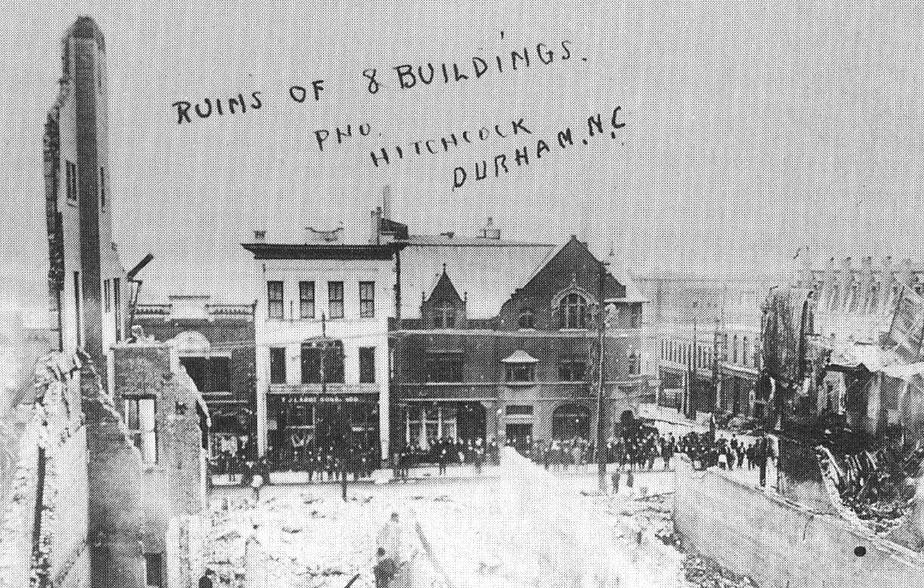 From "Images of America: Durham" by Stephen Massengill

After the original First National Bank building was demolished in 1913 and the new building was built, the buildings at 117 and 119 remained unaltered. 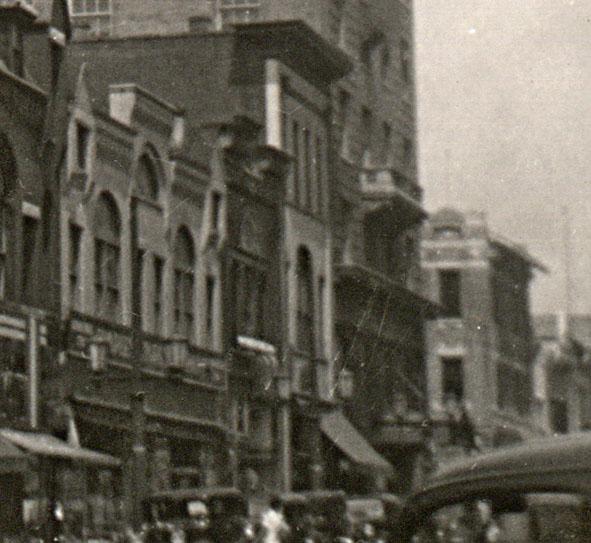 Mid-century pictures of this buildings are lacking. At some point between the 1930s and 1960, the facade of 119 West Main was altered with removal of the large cornice and modification of the windows (including removal of the large fan-light window in the center of the second floor). By the 1950s, both of these facades were modified again by bricking in the windows and painting of the brick/covering of the facades to accomplish that flat-front look that was all the rage. 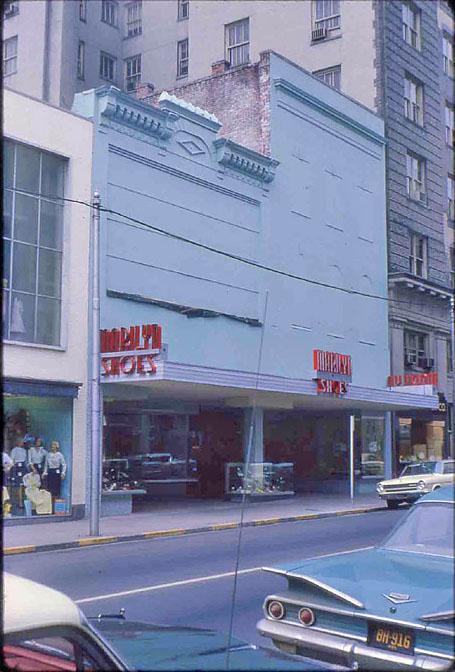 Marilyn's shoes, like most everything else on Main St. in the 1960s, didn't last. 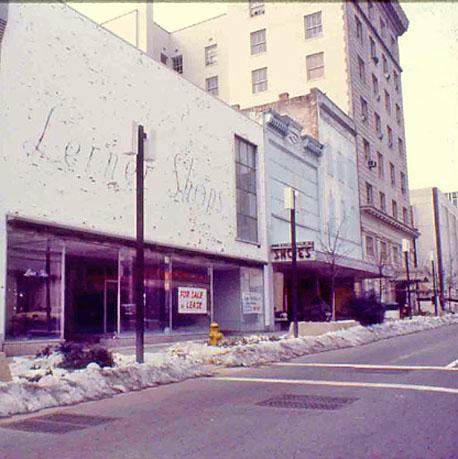 By the mid-1980s, the false fronts/bricking had been removed. 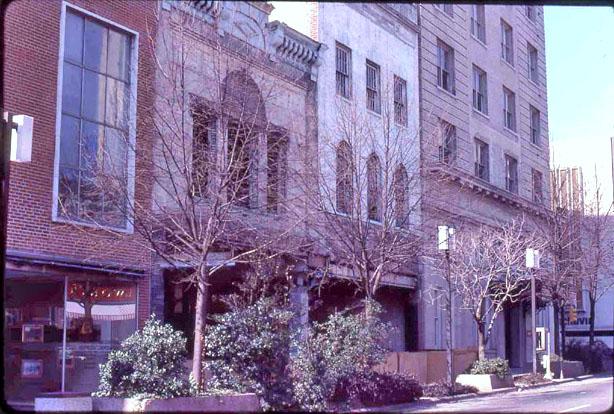 One store that stuck it out on Main St. was Baldwin's, which moved down the block (west) from their store to these buildings in 1987. 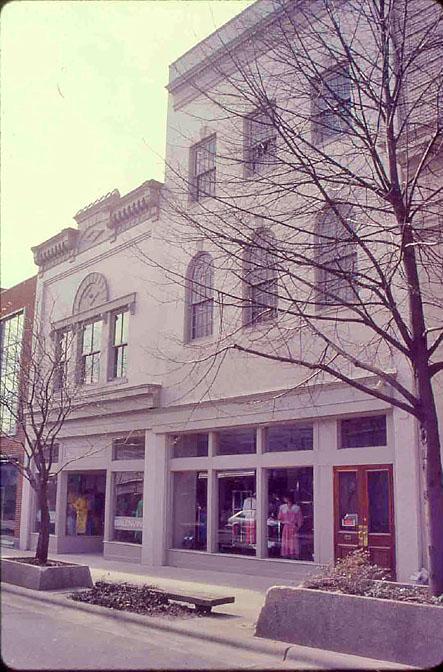 I'm not sure when Baldwin's closed up for good. These buildings have been renovated again. 119 West Main is the Marvell Center, a performance space, and I'm not sure who the current occupant of 117 West Main is. 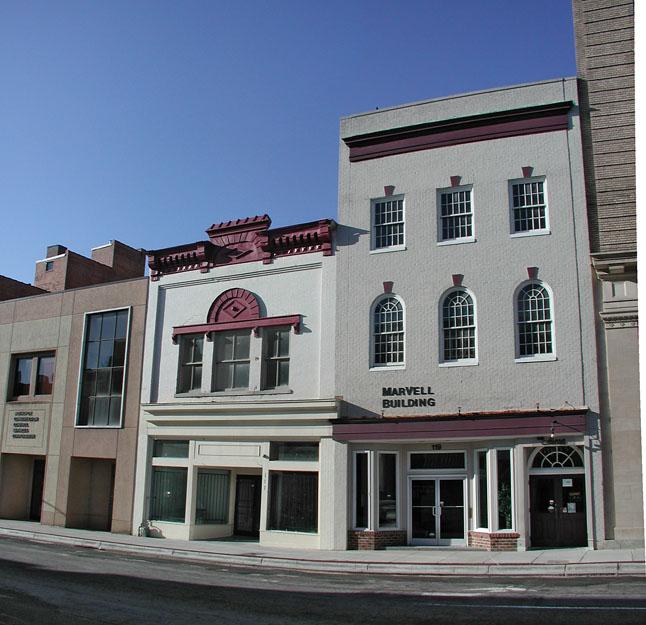 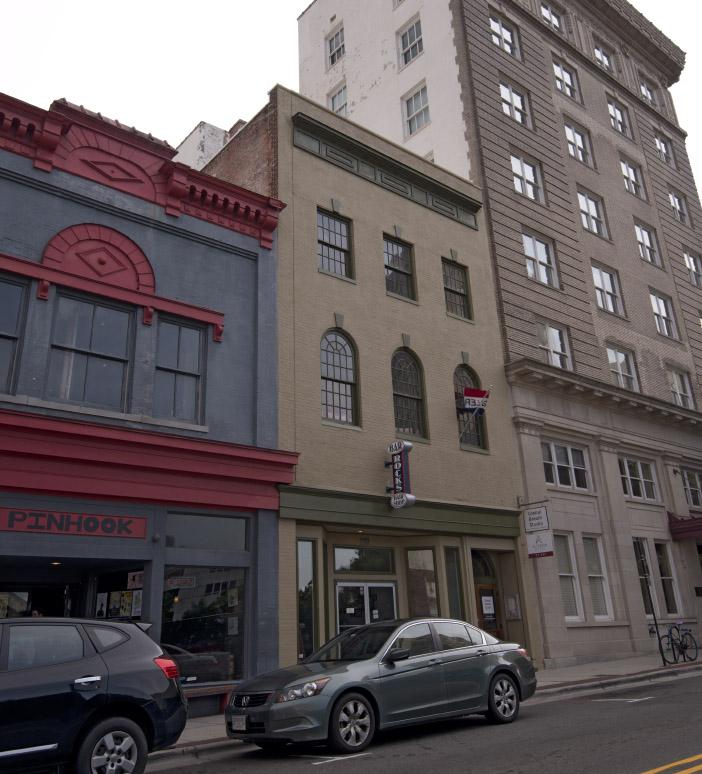 117 West Main is, these days, a bar/live music venue called The Pinhook. It's also had a paint job, with the trim elements now bright red and the rest of the building a dark slate gray. Quite eye-catching.