116 West Parrish was built between 1906 and 1910 as the remainder (western portion) of the 100 block of West Parrish developed subsequent to NC Mutual. 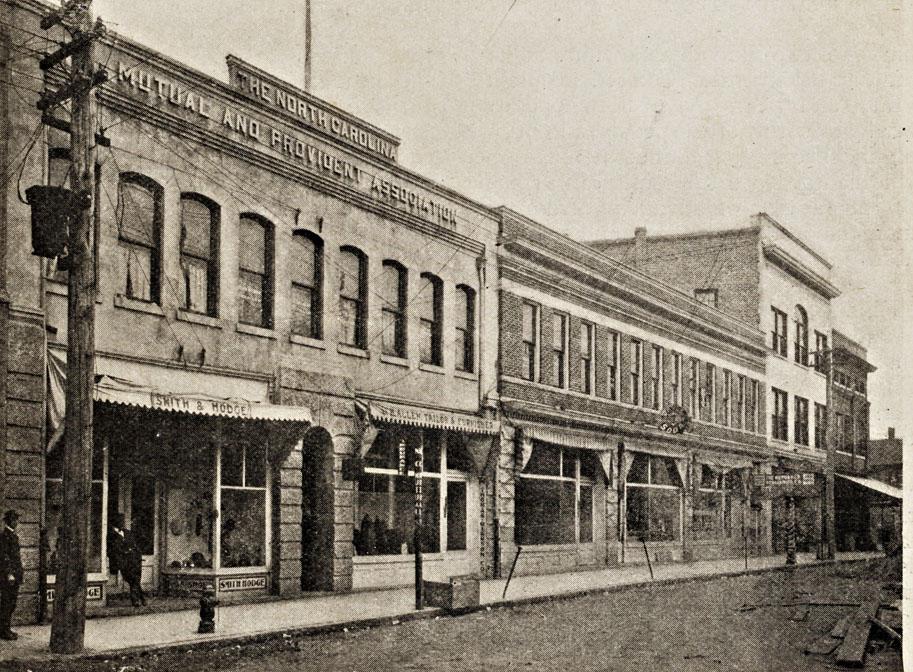 Looking northeast, 1911. The building appears to have a sign that says "_ Soda".
(Courtesy Duke Archives)

By mid-century, this building had become Ferrell's Watch Hospital. 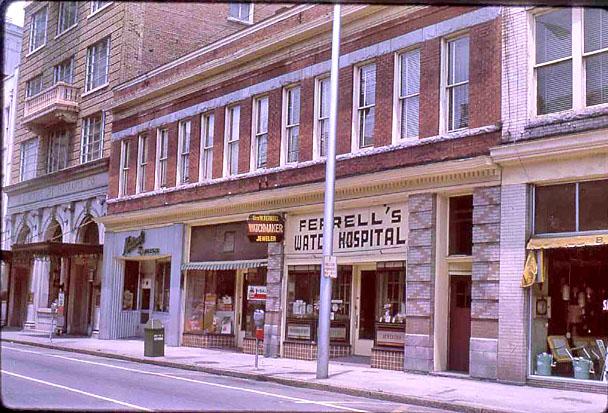 In 1966, a lovely facade covering was appiled. 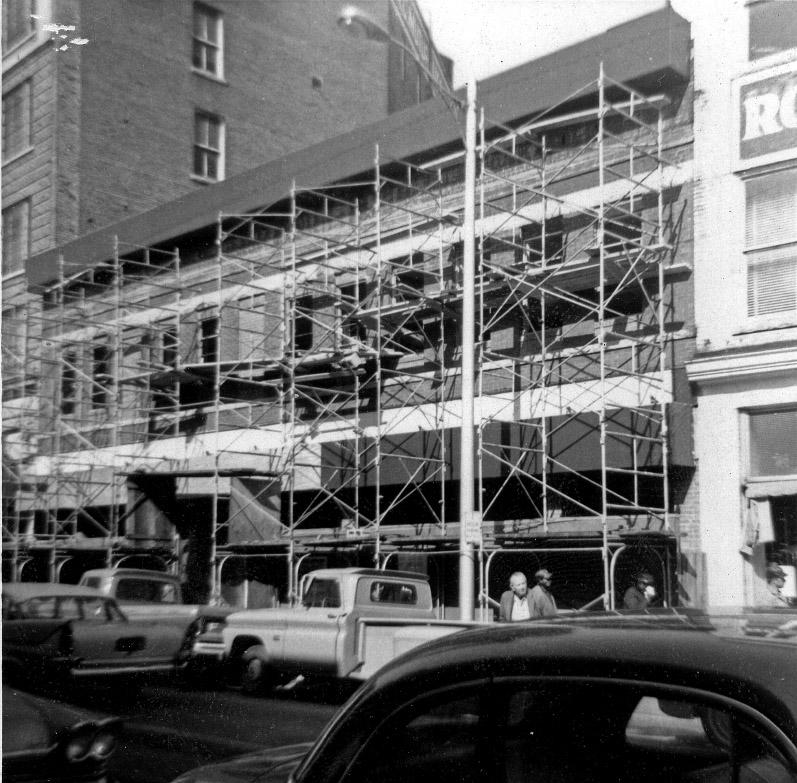 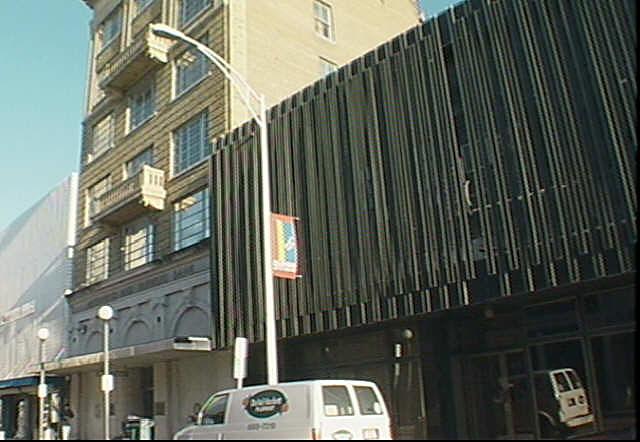 It was not removed until a few years ago; the building has been renovated and contains offices for the North Carolina Institute of Minority Economic Development. 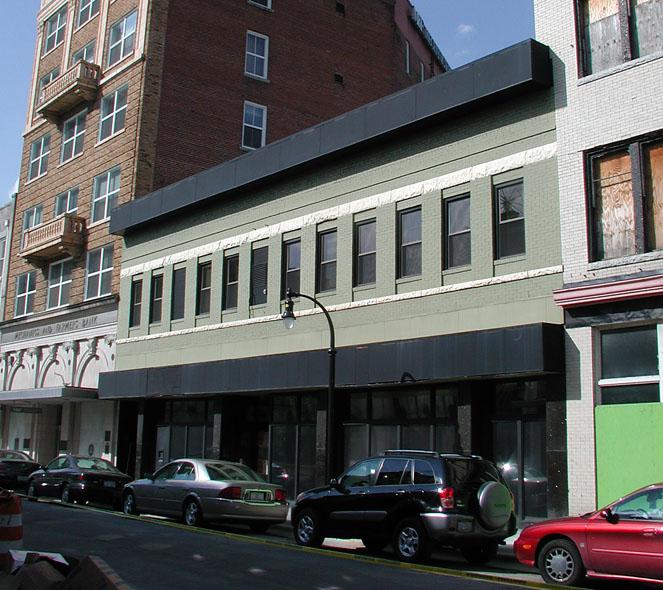 In 2011-2012, the building was renovated and now houses the "Parrish Street Forum" 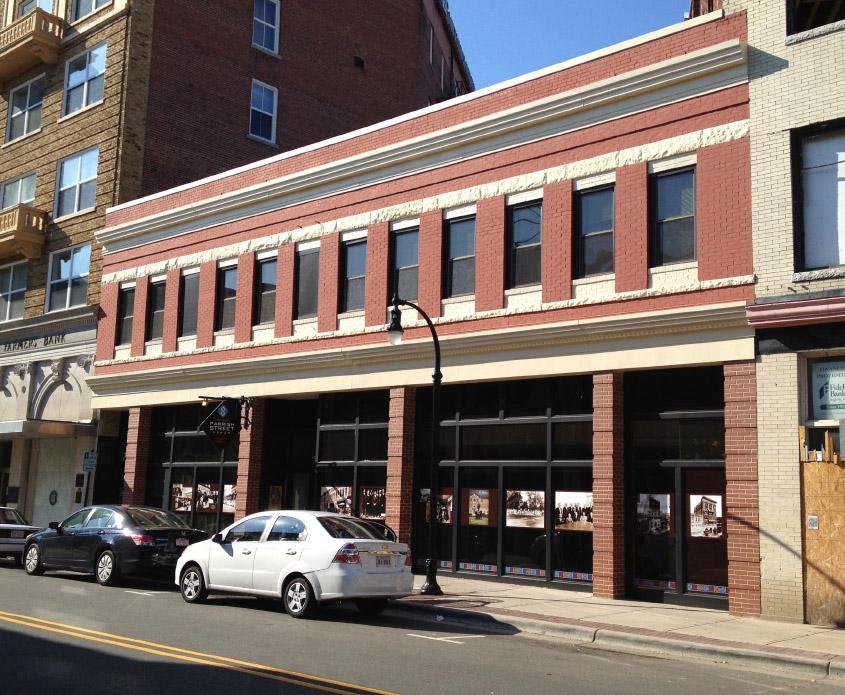 I'd have to go back and look at my sources, but I know that sometimes I've utilized the historic address rather than the present one because addresses shifted after buildings were demolished, and it becomes difficult to write about the demolished building and maintain some clarity. Thanks for pointing this out though; I'll check on it.

I noticed yesterday that the first-floor facade of this building has been stripped, apparently in preparation for renovations. I asked one of the men working on the demo crew about what will be done with the front face of the building, but he didn't know. Does anyone out there in ED-land have an insight here? I really hope the brick facade will be restored. Toby