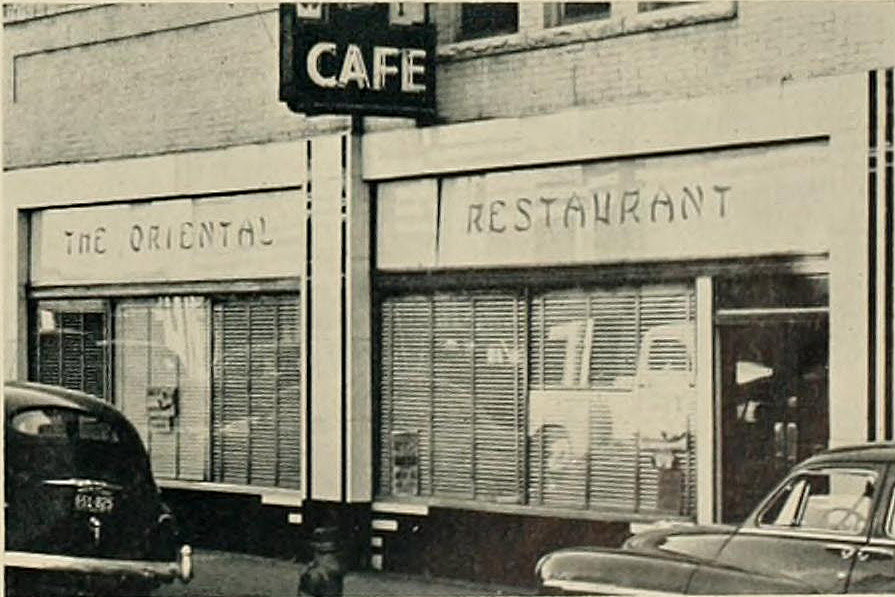 Some blocks are just really, really hard to put together a sequence of images for - the south side of the 100 block of East Parrish St. is one of those. The "Oriental" - one of Durham's earliest Asian restaurants, was established in this block, at 116 East Parrish St., in 1938.

Below is one of the few views of the whole block face, with 108 East Parrish clearly visible, and the remaining structures rather fuzzy. 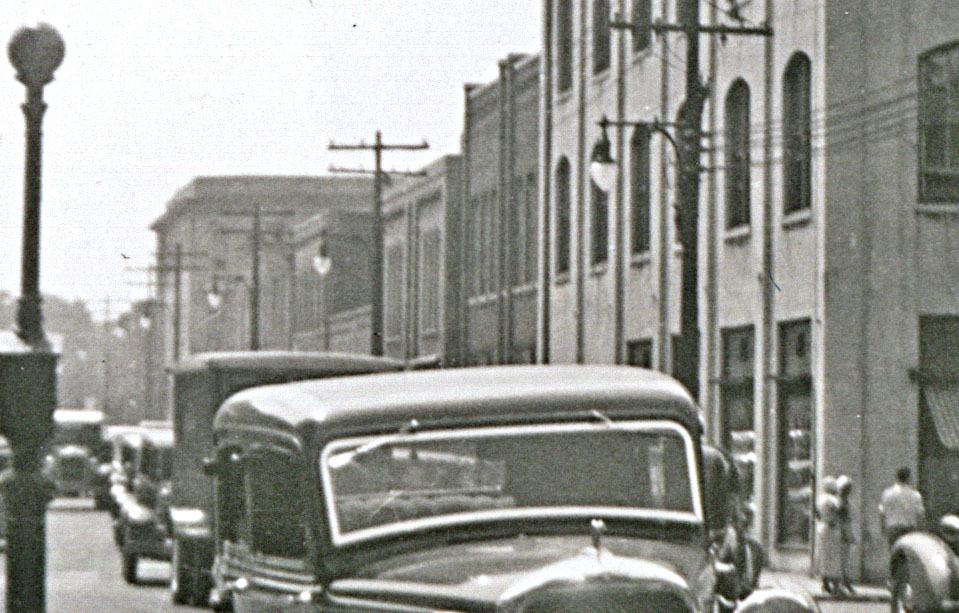 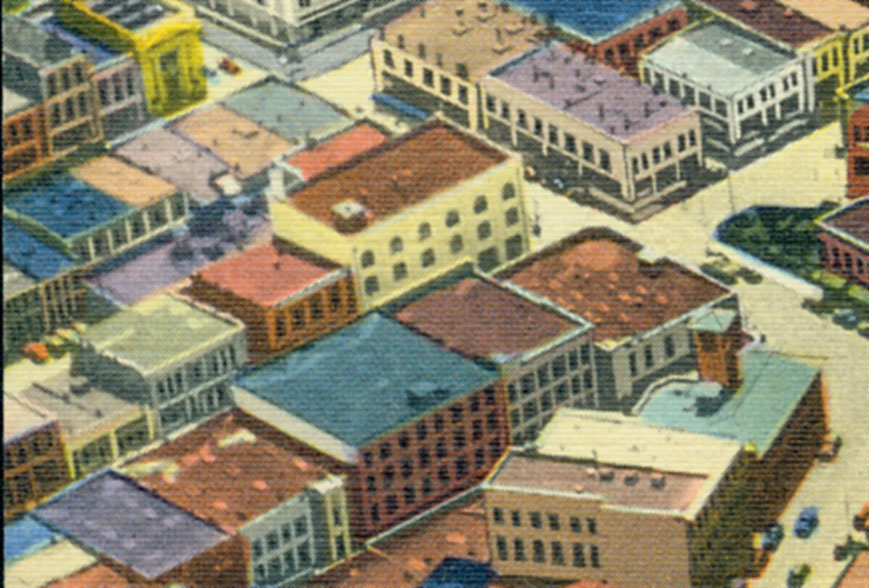 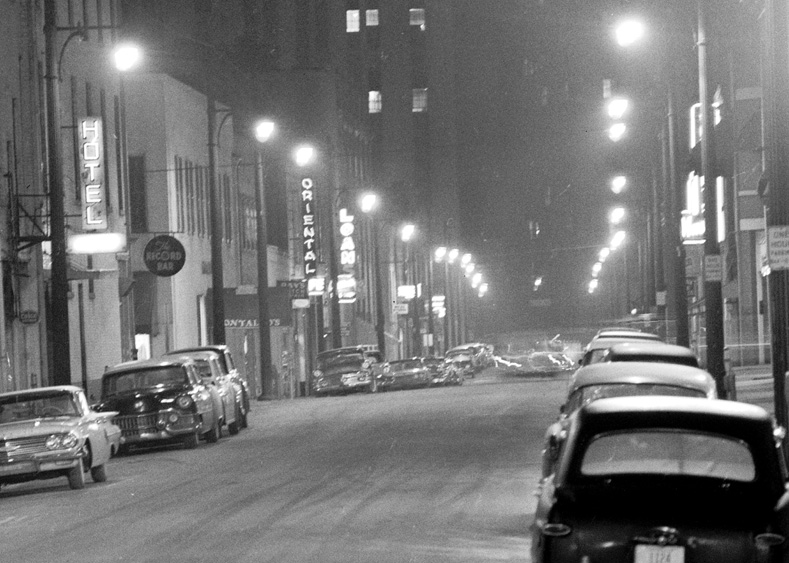 Looking west from the 200 block of East Parrish at night, early 1960s., with the sign for the Oriental visible
(Courtesy The Herald Sun)

"THE ORIENTAL, Chinese and American restaurant, 116 East Parrish Street, is one of the better eating establishments of Durham. Air-conditioned for year-round customer comfort, it is modern in every respect. The Oriental was established here in 1938 and is operated by Der Wo. Sea foods and steaks are featured." 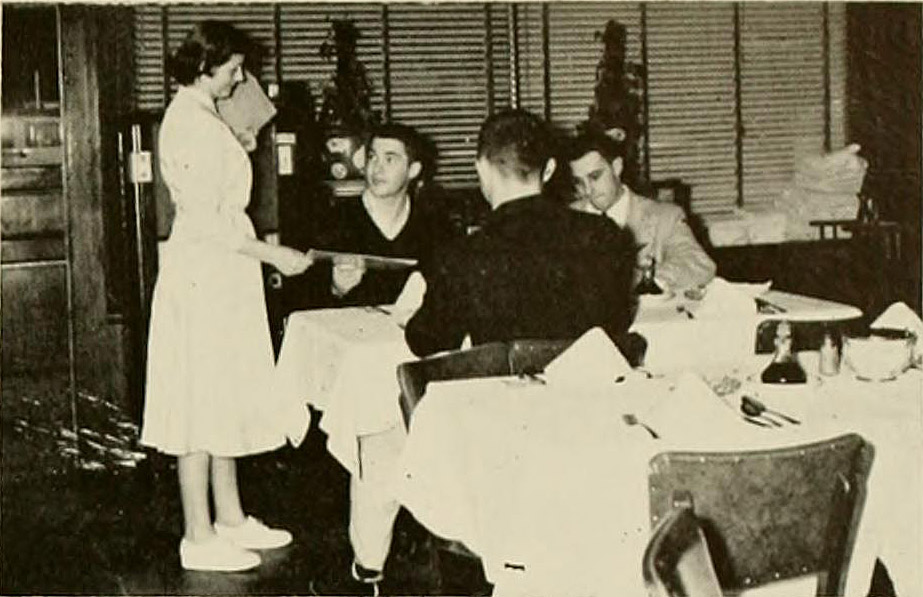 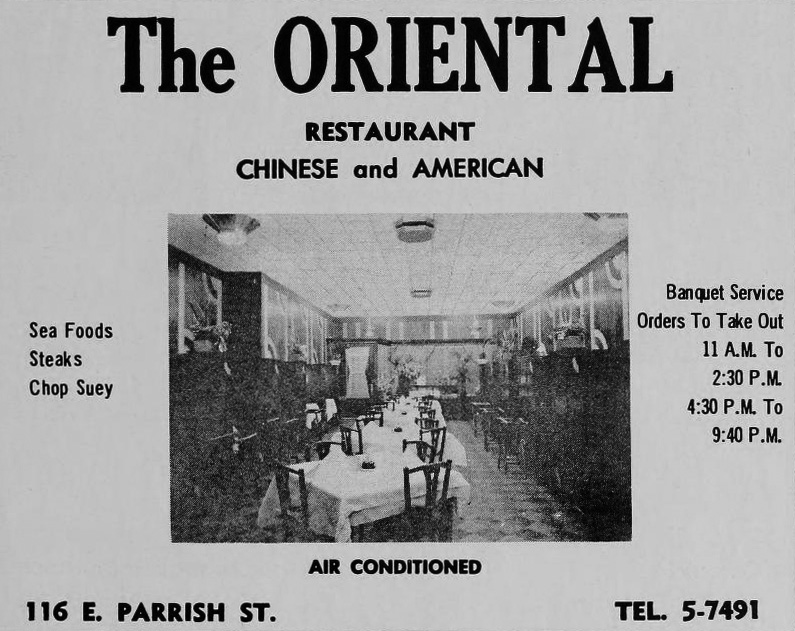 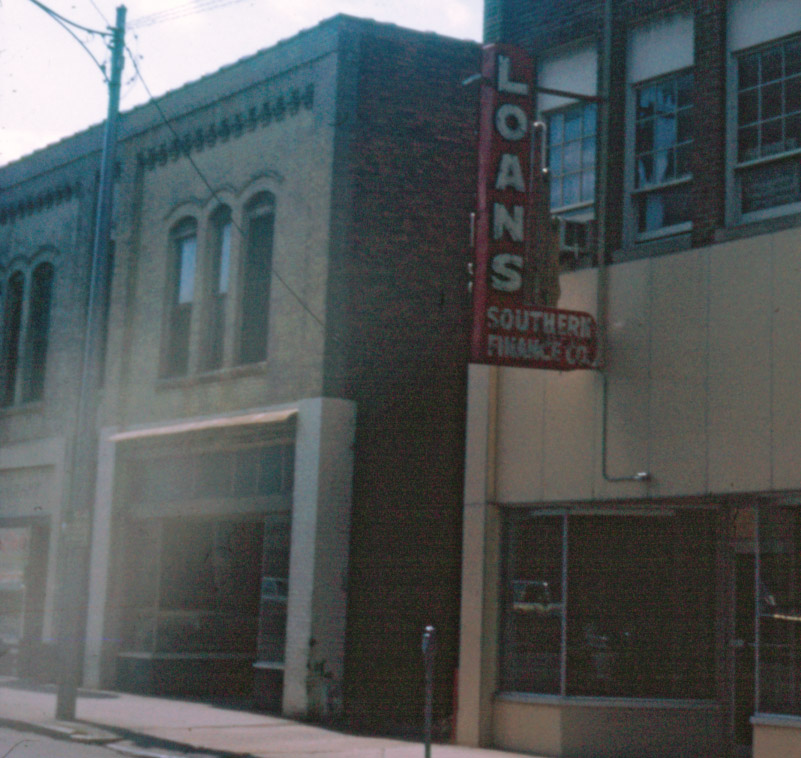 During the 1970s, 116-122 E Parrish were likely torn down and replaced with some brick neo-traditional buildings, although I can't rule out the presence of some old DNA in the walls of one of these. 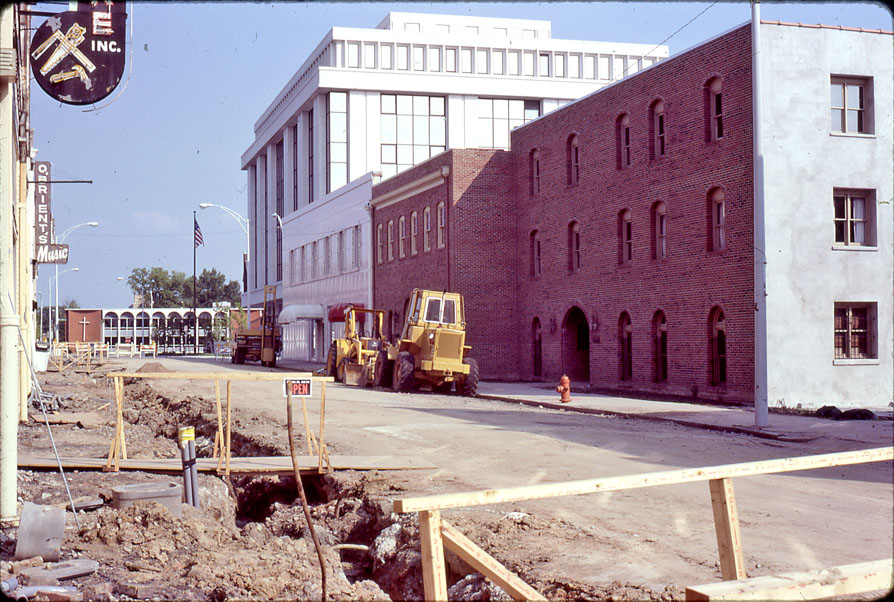 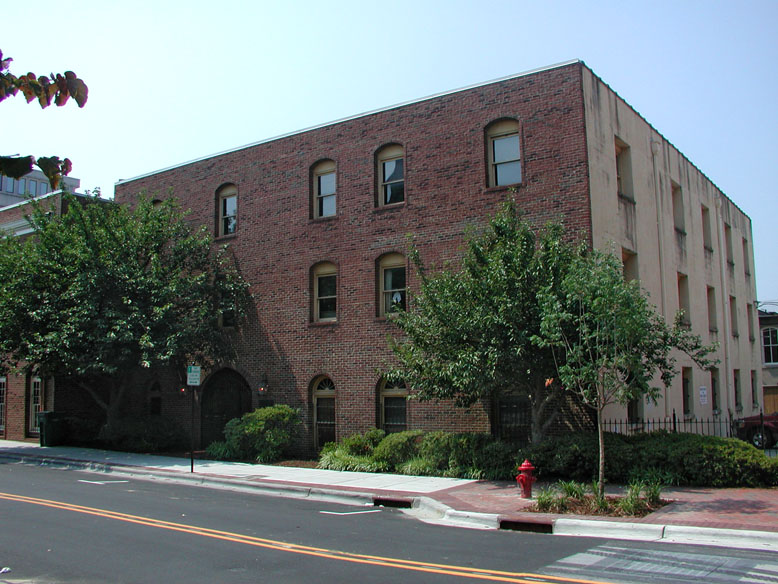 I recall visiting the

I recall visiting the Oriental Restaurant on Parrish Street several times in the 1940's. I learned to love 'Chinese' food eating there with my Mother. I remember the place as being narrow with a row of booths on the right side when entering the restaurant. The backs and sides of each booth was very high creating a cosy, private feeling while eating. My Mother had worked in downtown Durham for several years prior to her marriage and became familiar with which restaurants had the best food. Harvey's Cafeteria was another favorite of ours.

It seems there was an

It seems there was an "Oriental Restaurant" on this block in 1947.

See here for a classified ad looking for a dishwasher: