114
Watts Street
Durham
NC
Cross Street
Lamond Avenue
Year built
1900-1920
Year demolished
1968-1975
Architectural style
Victorian
Construction type
Frame
Neighborhood
Trinity Park
Use
Residence
Building Type
Residential
Can you help?
You don't need to know everything, but do you know the architect?
Log in or register and you can edit this. 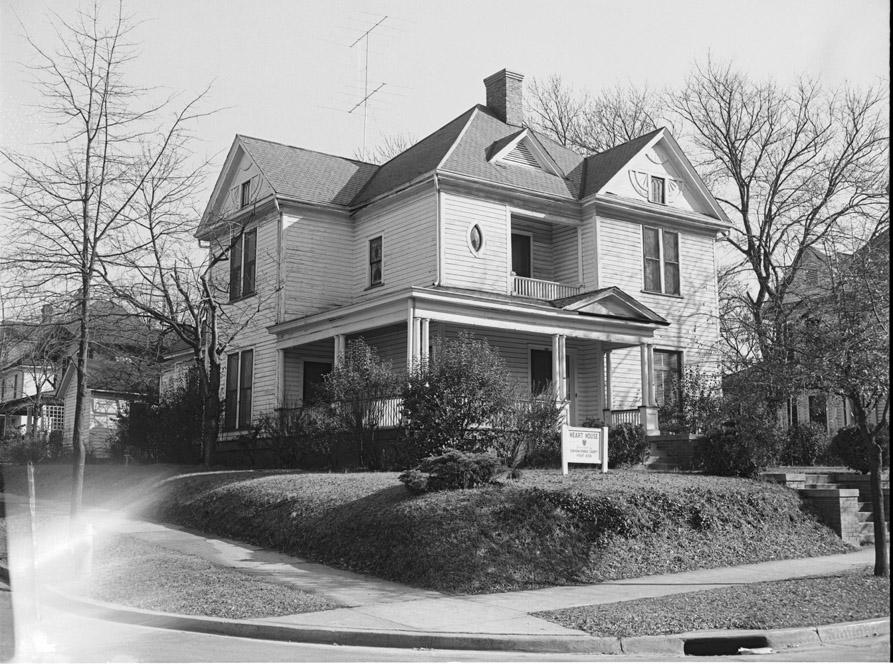 Looking southeast from Watts and Lamond, 01.29.52 at the "New Heart House"
(Courtesy Herald-Sun)

The 100 block of Watts St. was an area of early residential development in Trinity Park.

The Sanborn map from 1913 shows the hospital and the Beverly Apartments building, but no other houses on the west side of Watts. Morgan Street terminated at Jones St. (now Albemarle) and the blocks between Main and Lamond are developed with sizable residential structures. 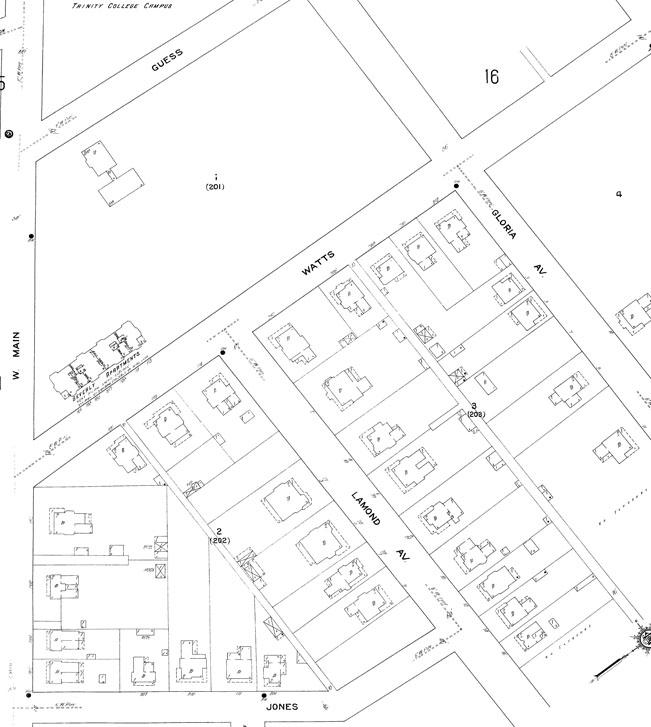 By the 1930s, Morgan St. had been extended through this block to connect with West Main St. 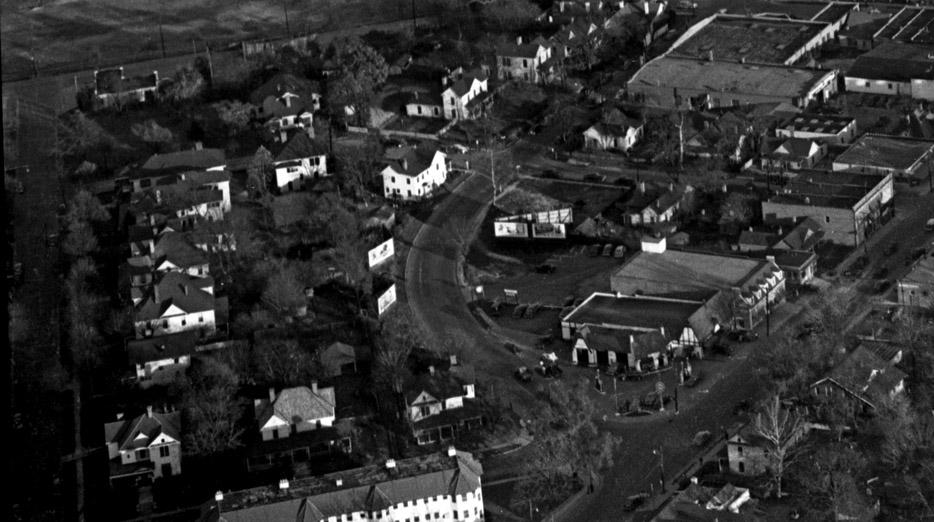 1950 aerial showing the intersections of Watts and Morgan and Watts and Lamond.
(Courtesy Herald-Sun)

114 Watts was the home of Floyd G. and Hazel B. Vickers in 1952; soon after, it became the "New Heart House." I'm not sure what that was. Perhaps and early rehab center for heart attack victims?

By the 1970s, these residential structures had been demolished to create surface parking for the McPherson Hospital, located across Watts St.

By that time, this site and the hospital site were already under contract with Lou Goetz's Park City Development, which tossed about various ideas about what they might like to do with the site in 2004-2005. A prominent feature in the early discussion was the idea of turning the old McPherson hospital building into a 'boutique hotel' - however that's actually defined. The hospital surface parking lot betwen Lamond, Watts, and Morgan would be redeveloped with infill, 'upscale' condominiums. After the sale of the hospital parcel to Concord Hospitality, the plan for the parking lot shifted to a denser, multi-family development, termed 'The Chancellory'. 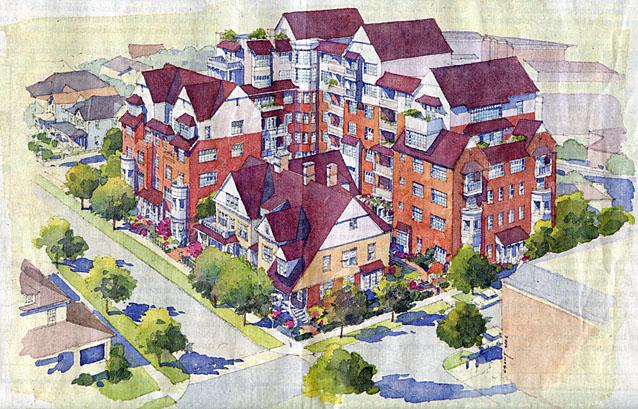 (News and Observer)
Rendering of 'Phase Two' - looking southeast from Lamond and Watts.

A picture from a similar perspective as the rendering. 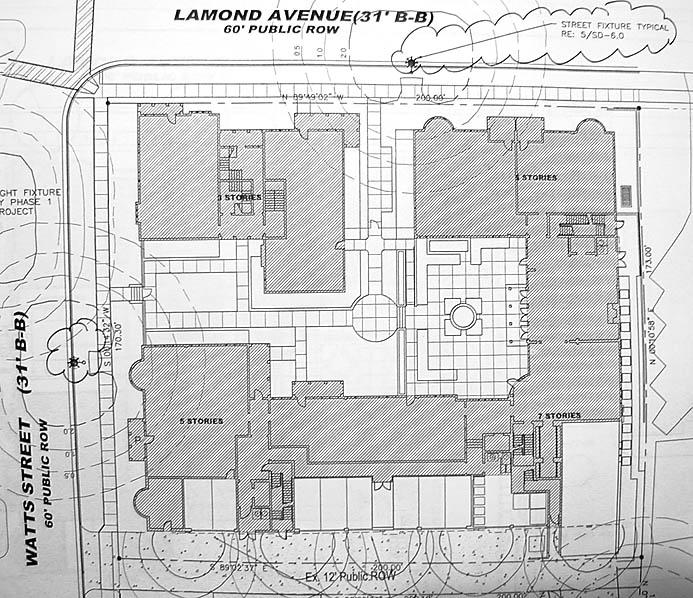 The site plan for phase 2 shows the central courtyard and the entrance to the underground parking at the lower right. 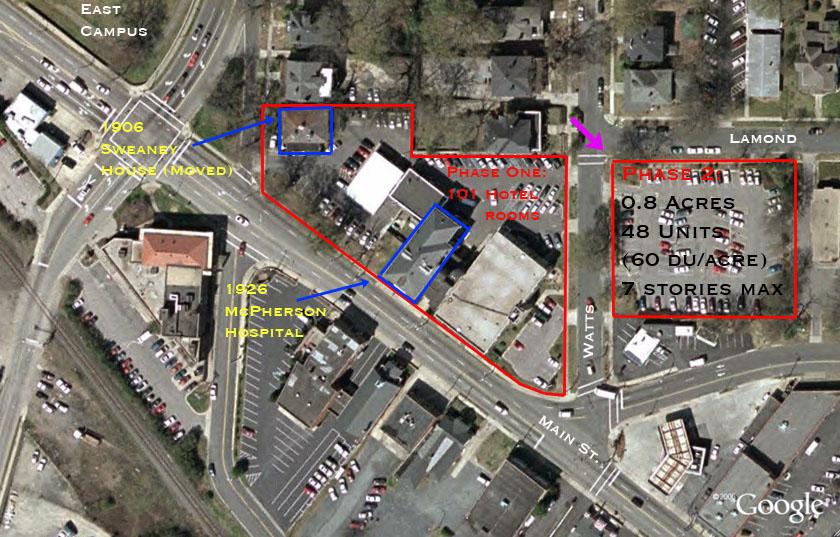 "The Chancellory", is an interesting development; if Durham is getting to the point that private developers will begin to do infill on large surface parking lots like this and 'undo' some of the 1960s hangover, it is a very good sign for downtown. Adaptive reuse of historic structures is wonderful, but the fragmented historic landscape downtown means that these will remain islands unless the gaps begin to fill in. (Perhaps it's a validating sign that one of these cheesy suburban development names more typical of the Southpoint area has made it into downtown as well.)

The size (height) of this project does give one pause - 7 stories is a tall building (think the Liggett New Cigarette Factory building). To the developer's credit, they've pushed their height to the point farthest from the residences on Watts and Lamond. But this is going to be a very big neighbor for those houses - it may cast quite a winter shadow. (The fun thing about a watercolor rendering, above, is that artistic license allows you to have the sun come out of the northern sky rather than the southern when convenient. Hello Durham, Australia.)

I'm in favor of higher density projects like this - I think the interests of downtown Durham as a whole will be well served by increasing the population downtown. While this project is on the edge of Trinity Park, it is 2 blocks from Brightleaf Square as well. The project abuts a neighborhood of single-family homes and small-scale commercial structures, but it would be difficult to find this much open space in this area that didn't involve tearing down historic buildings (except, of course, the giant surface parking lots at Brightleaf, which I hope I live long enough to see put to better use). I'm also not concerned about traffic. As long as we don't reflexively start widening and demolishing to accommodate more cars, congestion will self-regulate (and, eventually, provide the impetus to make better, more efficient use of transit).

However, it bothers me that the developers present what I consider a disingenuous figure for the density. The total residences in this Phase Two of the project is 48. Although the residences are only on the parking lot parcel, they utilize the acreage from the entire project (the hotel as well) to calculate the residential density. Thus the density is calculated as 20 dwelling units/acre rather than the more accurate 60 (48 on 0.8 acres). I'm not against the density, just presenting numbers that provide a misleading picture. This is a high-density project, not a medium-density project; own up to it and defend it honestly.

The Chancellory was defeated, even after developers went back to the drawing board on several occasions to try to shrink the project. As of early 2009, the project had been re-launched as "The Brownstones" - high end townhouses retailing for $850,000-$1,000,000 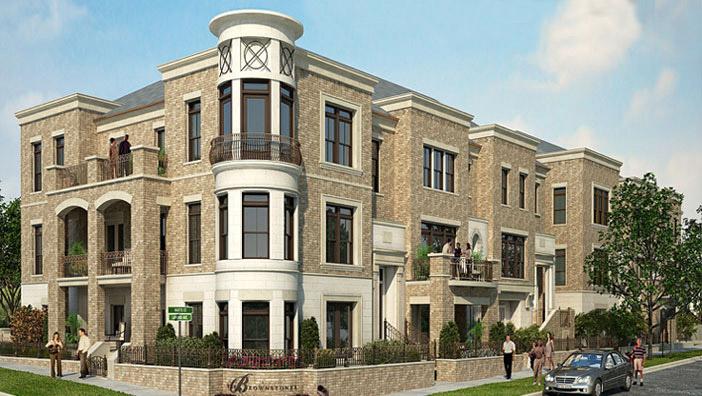 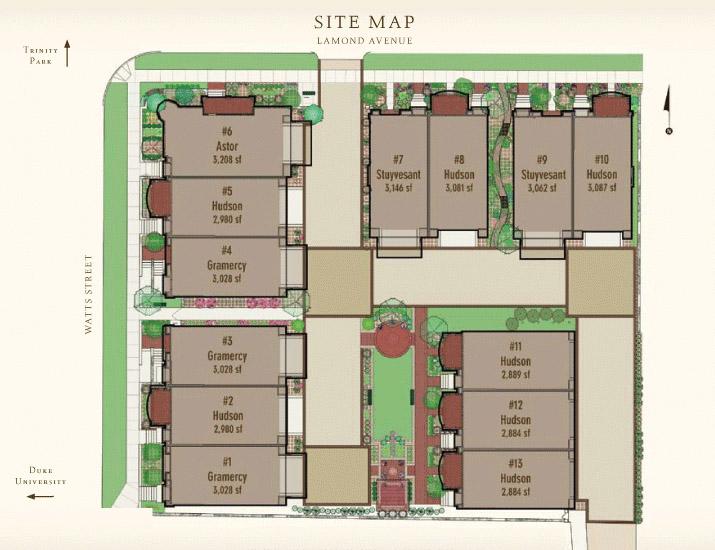 The site is now on the market with CBRE for $1.2M. The CBRE pitch is for a developer to build a 80 unit multi-family development (now allowed under the new downtown overlay zoning) with a combination of ground level parking and underground (one level) parking.