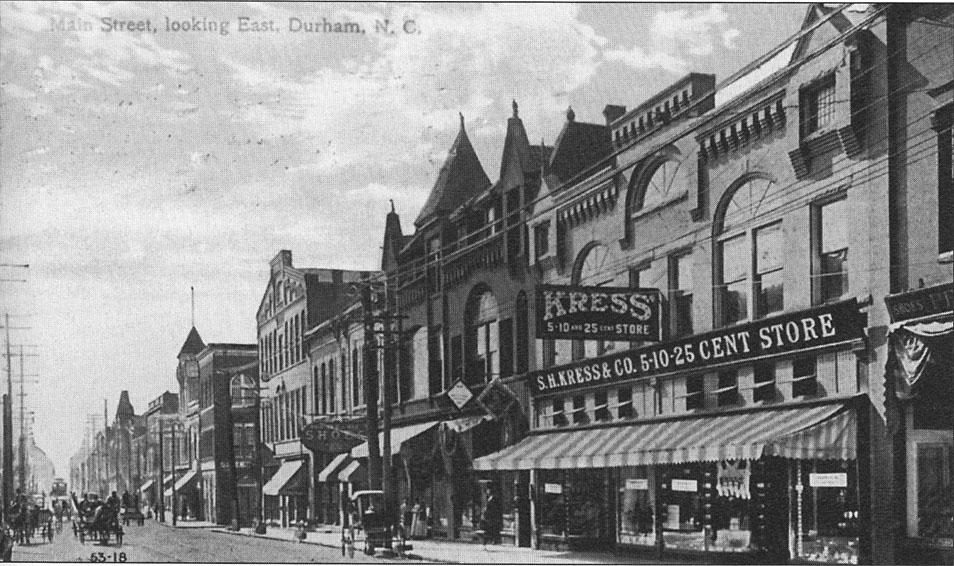 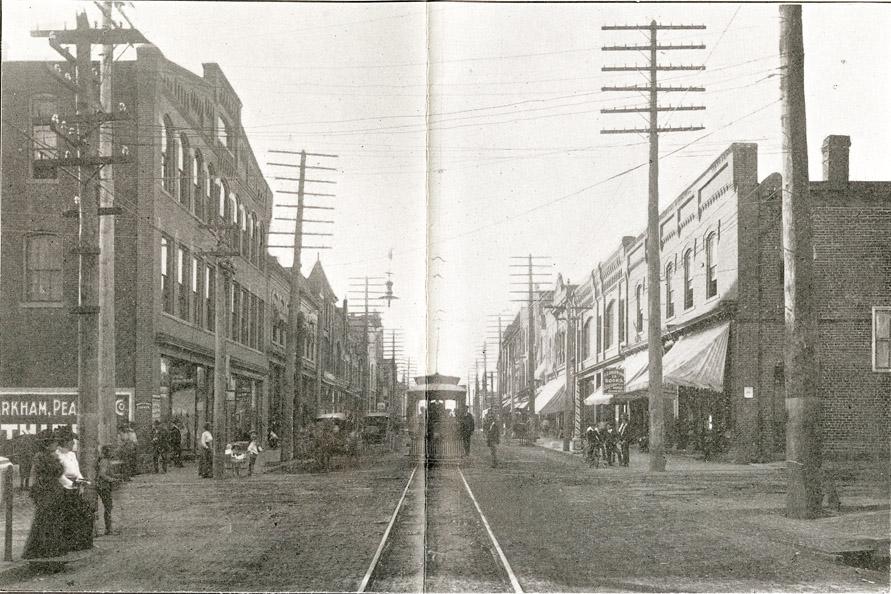 By the 1890s, the 109 portion of the building was occupied by Ellis Stone, a department store. 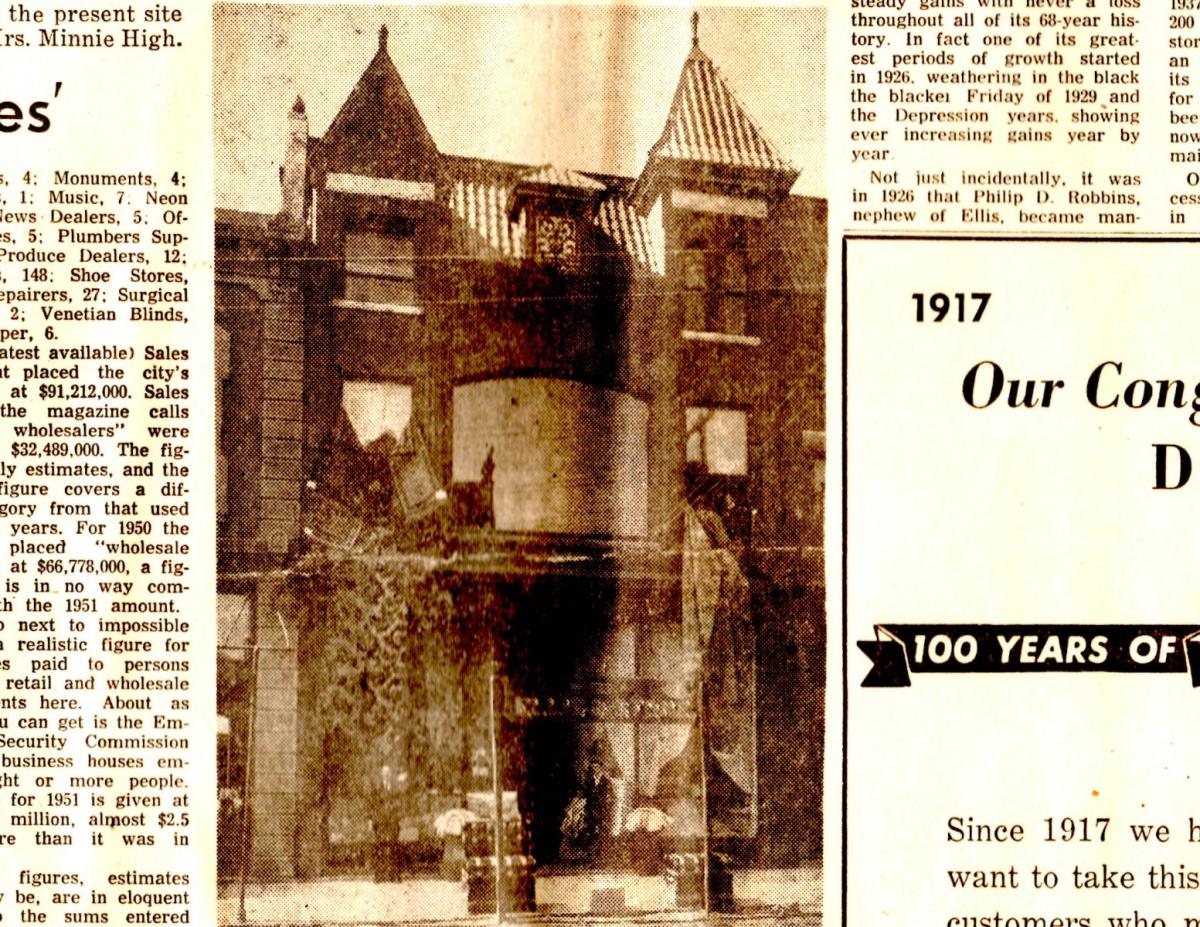 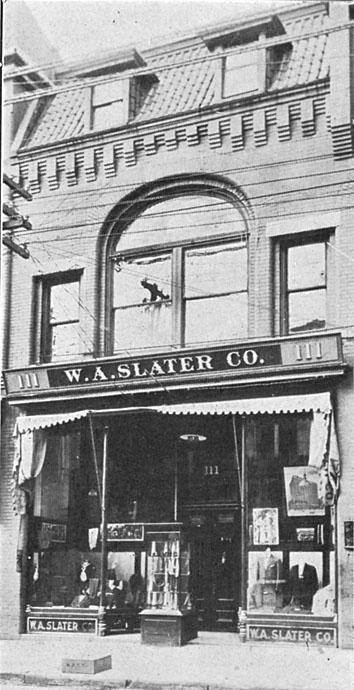 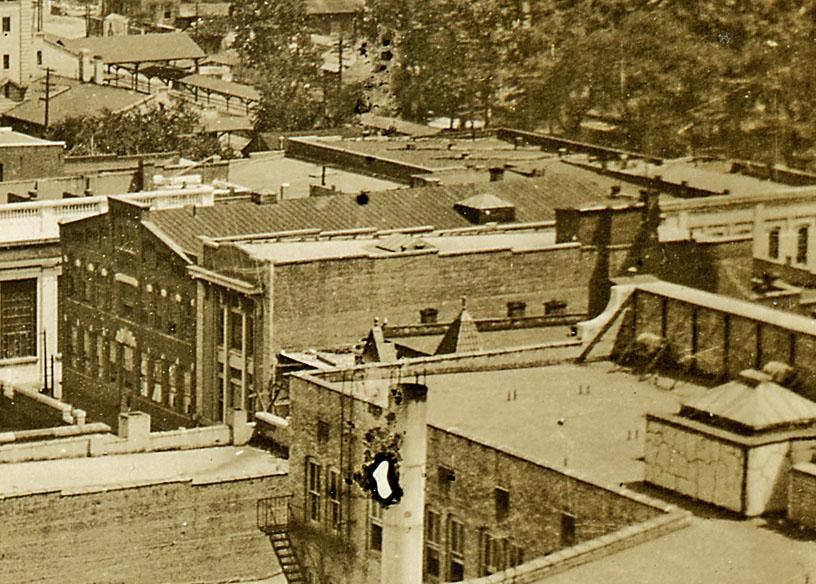 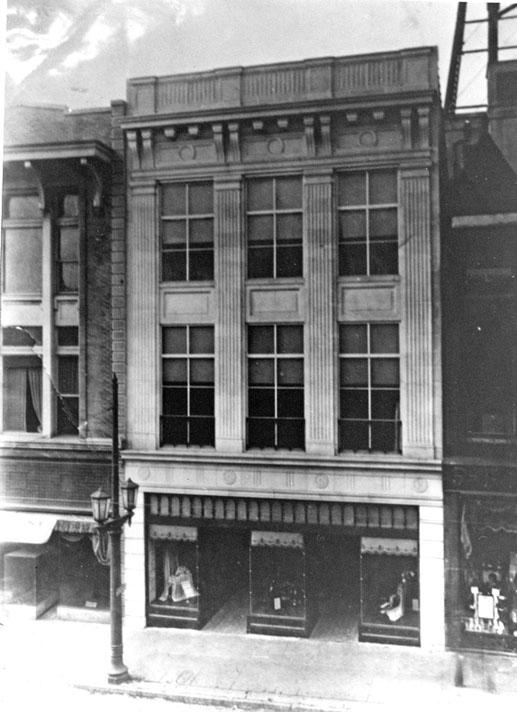 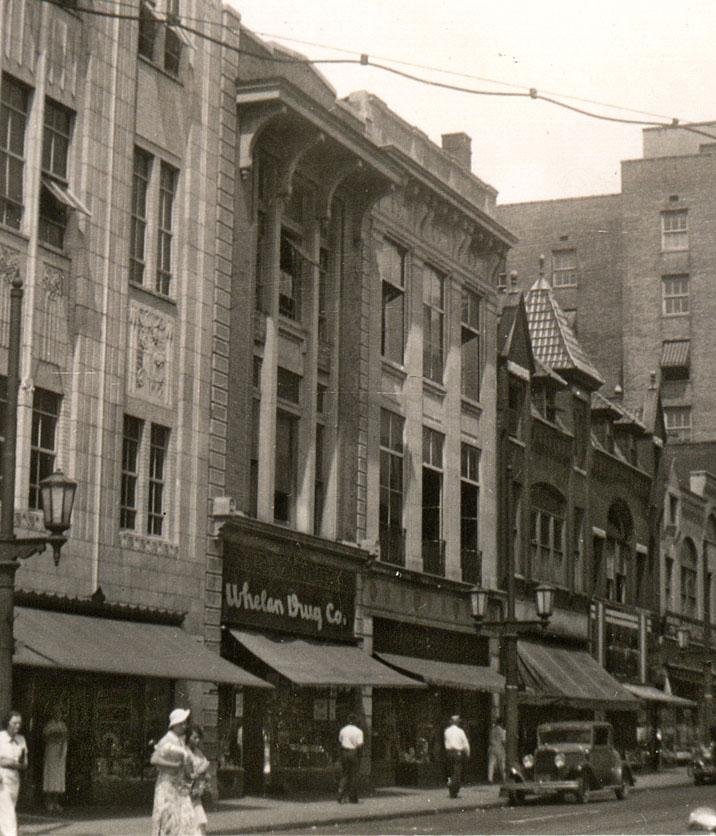 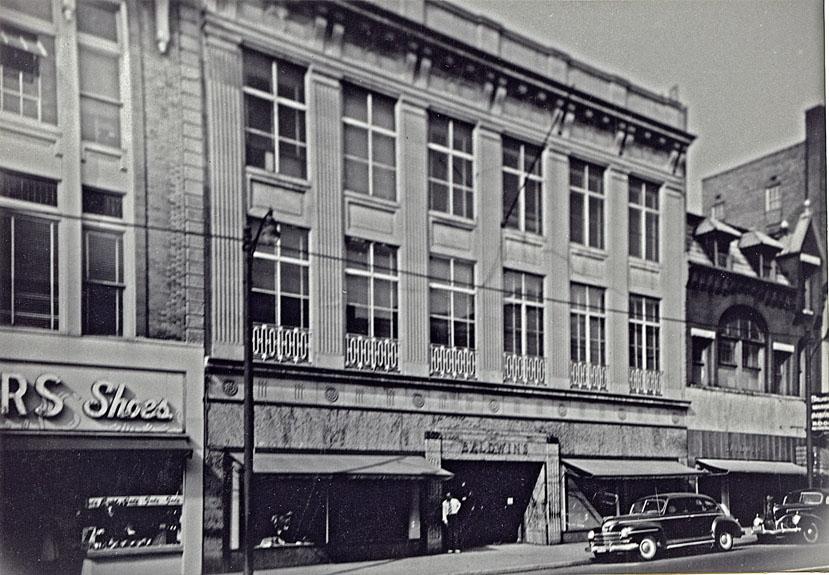 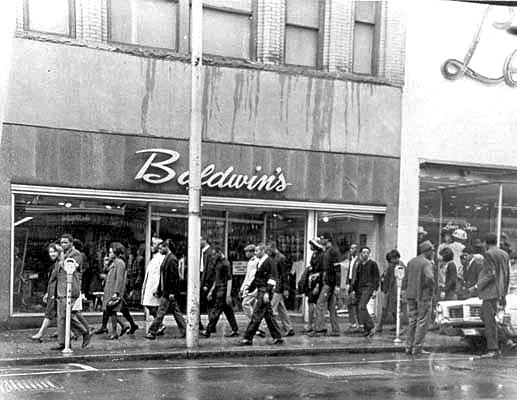 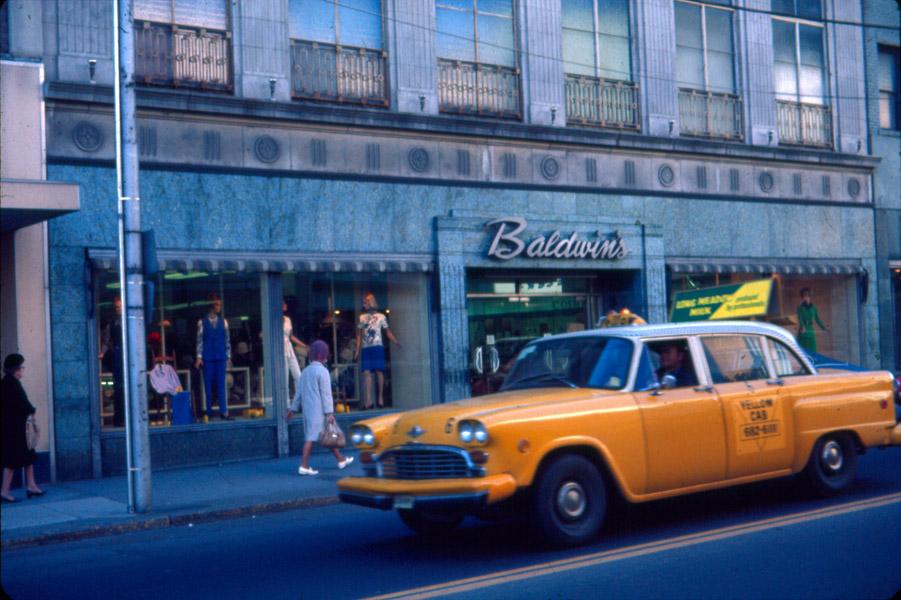 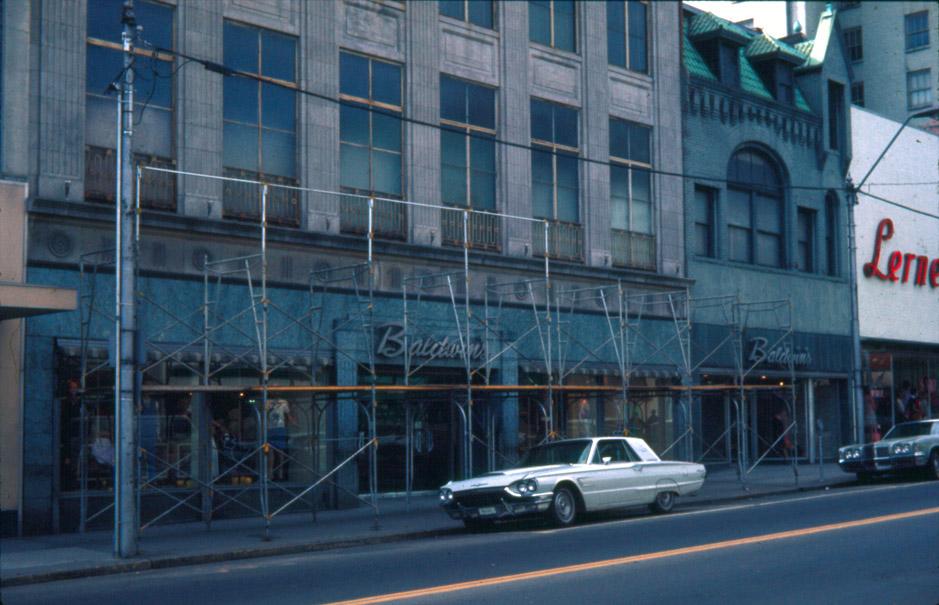 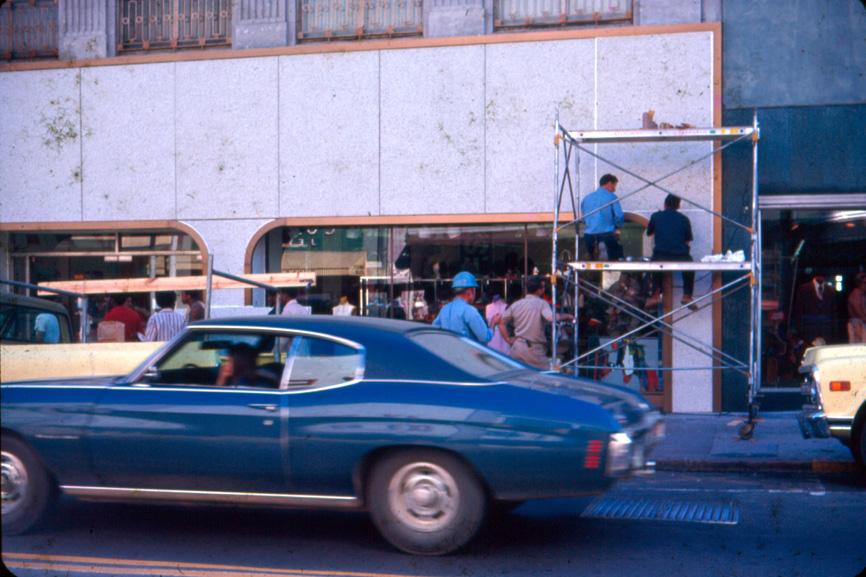 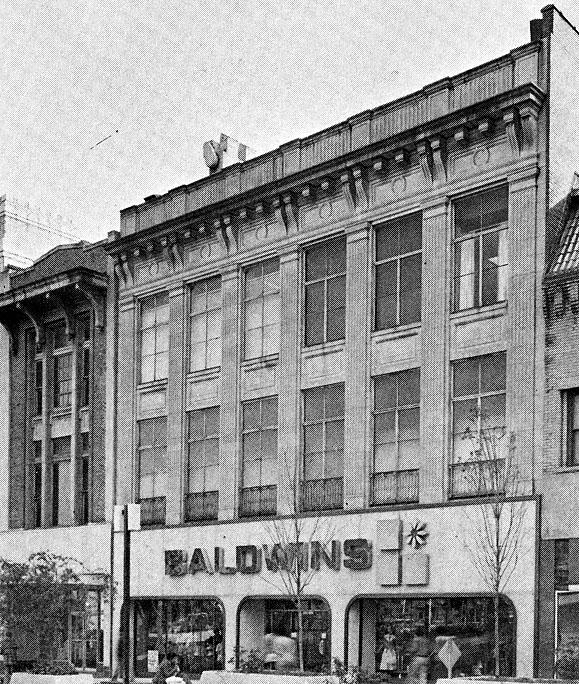 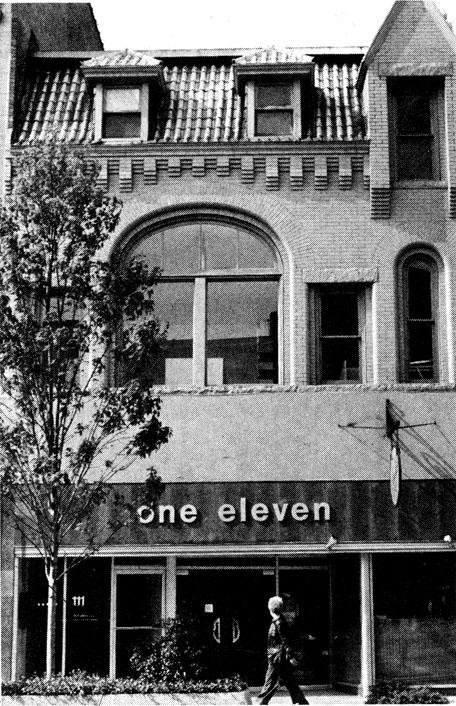 111 West Main was renovated as office space in the 1970s and remained occupied.

Sudi's is endowed with two distinct personalities in one setting, primarily because it presents two separate restaurants in one building. The upstairs restaurant, which maintains a casual image, serves lunch and lighter dinners. The downstairs, which is entered from the rear of the building, is more sophisticated and is open only for dinner.

[...] The area downstairs is in existence because Baldwin's once needed additional space. It took one worker, one blind mule with a drag pan, and one year to dig out the basement.

Having descended to Sudi's lower dining quarters, I was intrigued with the exceptional wine list, which includes wines that are difficult to obtain elsewhere. My choice of entree was not at all difficult. The Trout Imperial, which is broiled in dry vermouth and lemon juice, then topped with crabmeat sauce and garnished with caviar, seemed to leap right off the menu. I was glad that I followed my intuition, because the Mediterranean cuisine of Sudi's more than equaled my mental imagery.

In an effort to be 'good' I chose to go upstairs and to be entertained with the weekend jazz ensemble instead of dessert.[...] Had I gone on a Thursday night, I could have worked off a calorie binge by joining in the clogging or square dancing.

My daughter [...] tells me that her favorite lunch upstairs is the Summer Reuben. For those [...] whose bathroom scales scream obscenities, Sudi's offers the Scarsdale diet for both lunch and dinner.

When Baldwin's moved west in 1986, the original building was, I believe, left vacant. 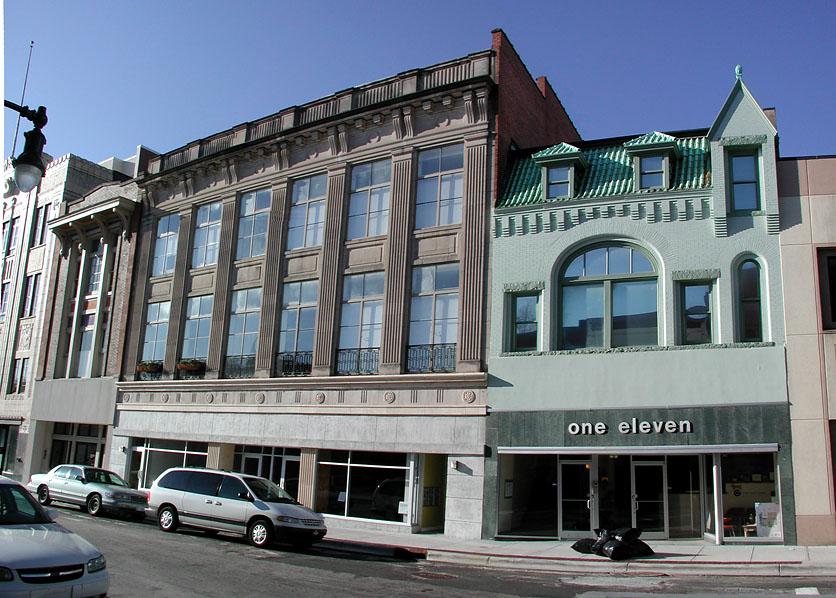 It's amazing to me that the outside of this building escaped abuse for so long. I marvel at it whenever I walk by.

I've always wondered why there aren't more tile roofs in N.C. I know that typically they show up in southwestern-influenced architecture. But N.C. has a lot of clay, and a big brick industry. You'd think a few more people would have figured this out and made/used tile instead of, say, slate.

I guess Watts Hospital/NC School of Science & Math is the best example of a large scale tile roof system in the city. Though there are a few homes with them scattered about--on Watts Street, for example.

You're right - the various Spanish / Mission styles never really took off in Durham the way they did in some cities.

Jim, you're right about Watts Hospital - and there are two other structures built at the same time, also in connection with John Sprunt Hill, with tile roofs - the Temple building at Main and Market, which I profiled a few weeks ago, and the Hill House on S. Duke St. (haven't gotten to Morehead Hill yet.) My understanding is that all three used the same materials.