107-109
East Parrish Street
Durham
NC
Year built
1912
Year(s) modified
2008
2010
Construction type
Masonry
Local historic district
Downtown Durham
National Register
Downtown Durham
Neighborhood
Downtown Central
Use
Restaurant
Building Type
Commercial
Can you help?
You don't need to know everything, but do you know the architect?
Log in or register and you can edit this. 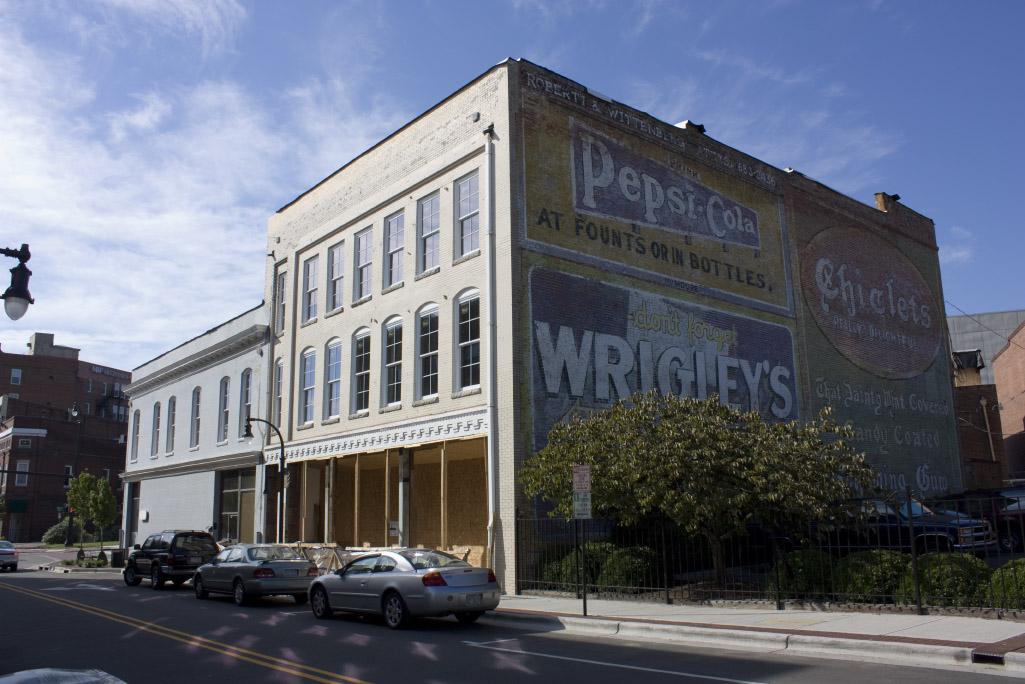 The north side of the 100 block of East Parrish St. was the site of the Second Parrish warehouse, which was torn down sometime around 1910.

Looking northeast from the corner of Parrish St. and N. Mangum St., 1890s 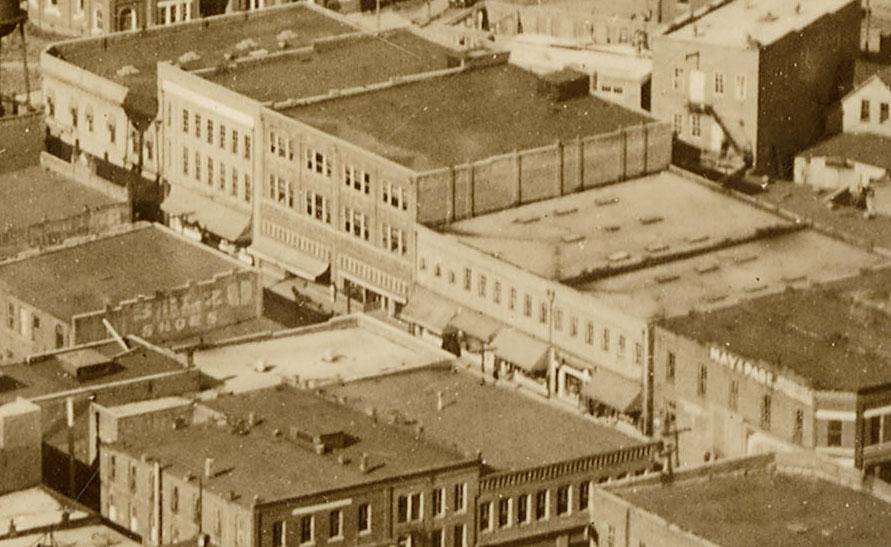 107 East Parrish, the second building facade from the left (next to the corner building,) 1924.
(Courtesy Duke Archives)

In 1941, The Duke Sport Shop - which would be a longstanding billiards place downtown - was located at 107-109

In 1948, the city directory is badly faded - but it appears107 East Parrish housed Son? Designing and Decorating, and 109 the Cupboard Cafeteria 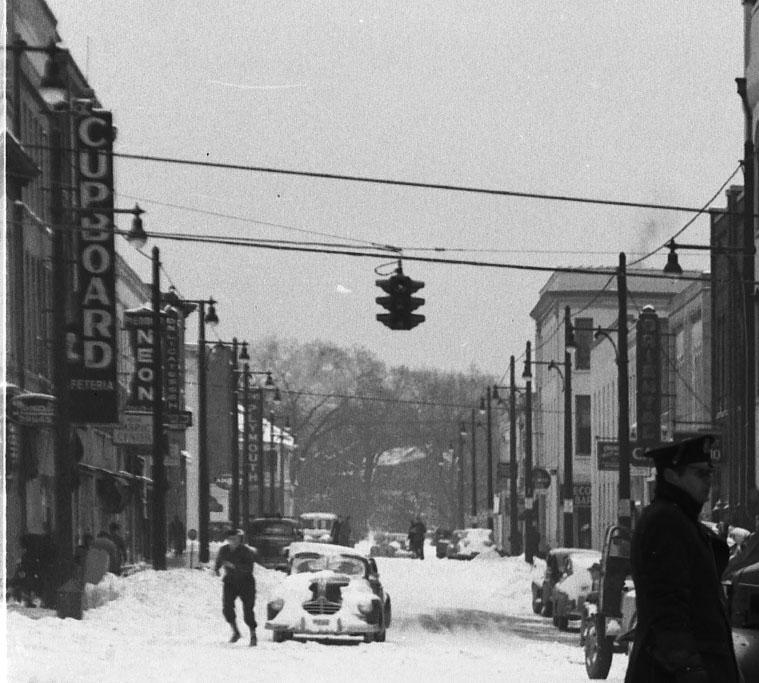 By 1952, Cupboard Cafeteria had taken over the whole ground level. It remained in business through the mid-1950s, closing in 1959 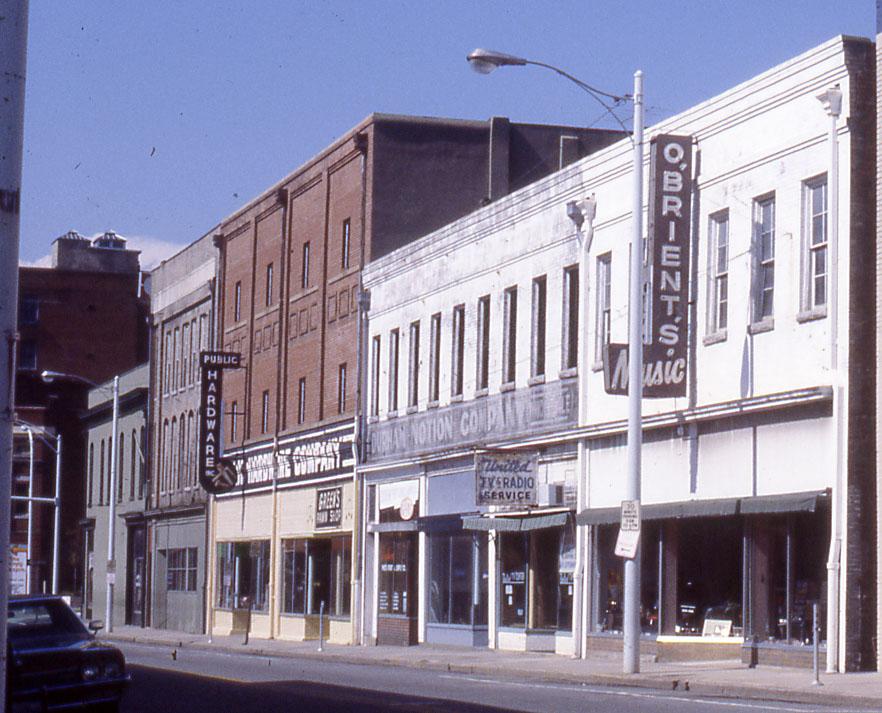 However, soon thereafter, this building was renovated. 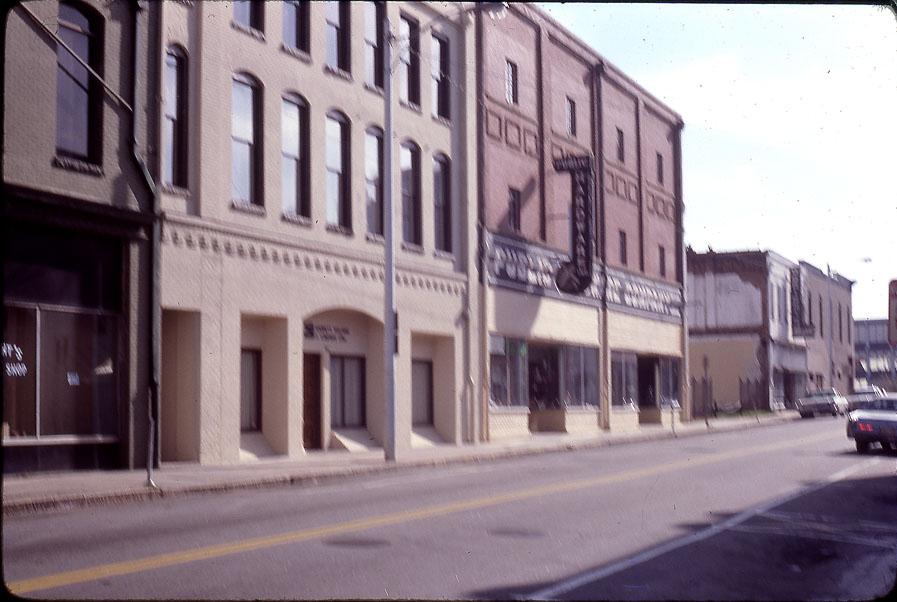 Most recently, it has been purchased by Greenfire, and is part of their "historic triangle" renovation of this building, Fire Station no. 1, and the Rogers' Drugstore. (Though I'm not sure why they are referring to this particular set of buildings as historic - versus the other buildings?).

Several years ago, the old advertisements on the side of this building were restored - I like them, sort of, although I'm embarassed to say that they make me think of Southpoint. 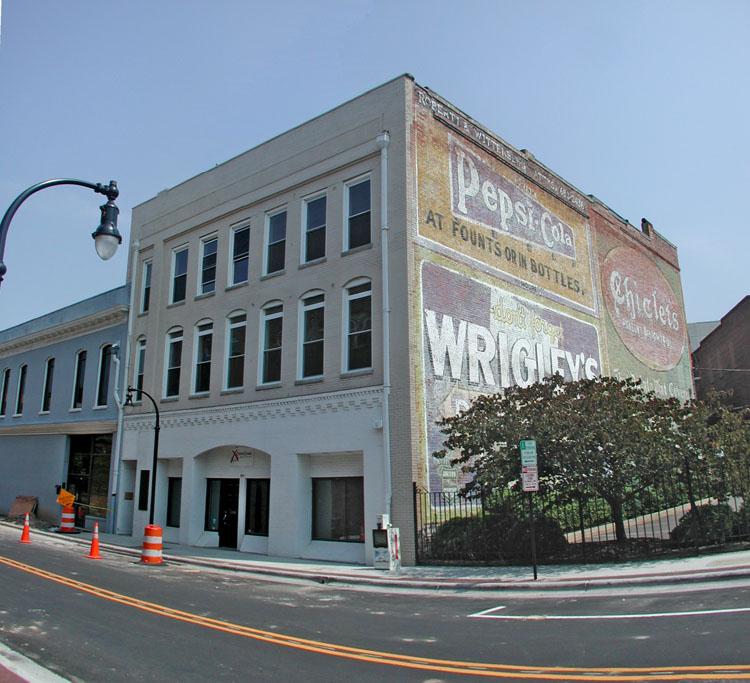 As of mid-2011, the first floor is being used as a restaurant - Bull City Burger. 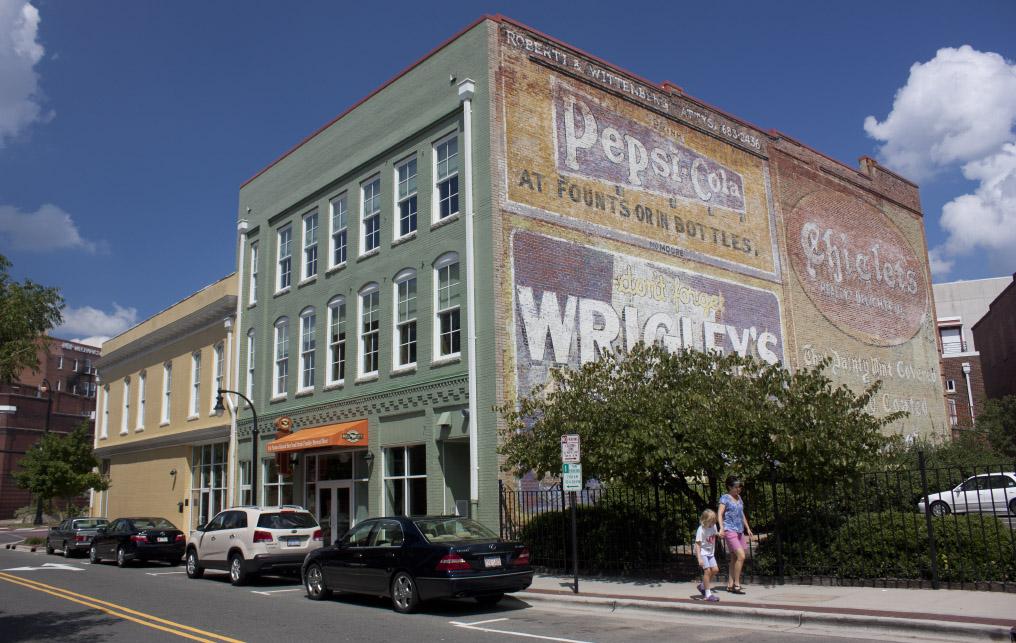 If there's one thing that makes me happy about these pictures, it's the Public Hardware sign. I'm happy the sign is still around, and hanging at their current location on Mangum.

If you love old hardware stores, that's a business worth stopping into. I don't know what their business is like these days, but I'm really hoping they survive another year or two, when the Mangum condo projects start to go in, when they'll hopefully see an upturn in business.

Agreed Michael - they are an odd place, in a world with too few odd places left to do business. I don't really know how they hang on, since I rarely see other people in there other than employees, but I value their uniqueness, even if it isn't the place to go if you need the missing valve for your toilet ASAP.

RE: Painted advertising. The original ads were repainted as Southpoint was being built. After one of the shopping center's developers saw a Herald-Sun story about the repainting, he decided to paint faux ads on his buildings. Another case of history inspiring the new.

Thanks Mike. I remembered that there was some connection there, but didn't remember what it was.

I think I recognize now what I find a bit off-putting about these (other than an unfortunate association with Southpoint.) Faux-fading. I think the trying-to-make-them-still-look-old fading doesn't really work for me. So I like the ads (especially that they were actually there, unlike SP) but I think it reminds me of the fake faded-ness at Southpoint, which is really off-putting there.

Although your thoughts about Southpoint are on the downward side of things, I do think that Soutpoint is one of the nicest shopping centers in the country and wish more centers in Durham emulated the look and quality of design there (so many, if not most here, just simply look trashy). I think the designers at Southpoint really did a great job with exception to automobile vs. human traffic flow (in and around) and the parking layout. The owner leaves much to be desired regarding his management style too. However, I must disagree with you re: Southpoint. Surely they have done a much better job than those who attempted to redevelop and change the landscape of downtown.

This past Saturday (3 November 2007) Joe Lemanski of Greenfire offered a tour of the Rogers Alley buildings. While on the second floor of the old Rogers Drugstore, Joe pointed out a painted wall ad that had been partially revealed during the renovation. They are hoping to expose more of it and retain it after this second floor is converted to office space.

The exposed wall is actually the western wall of the 107 E Parrish structure, and I could clearly make out the words "PARRISH WAREHOUSE". The next line is tantalizingly obscured: "CARR ... ... ... PROPS." I thought it might say "CARR'S" something or other, but in retrospect it probably read "CARRIAGES" and I don't know what else.