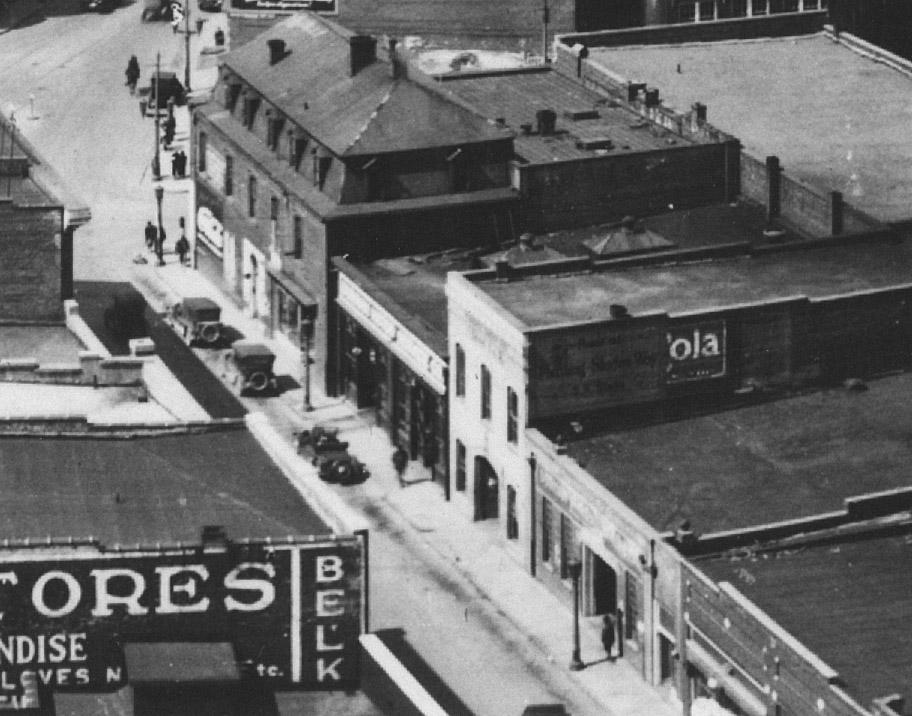 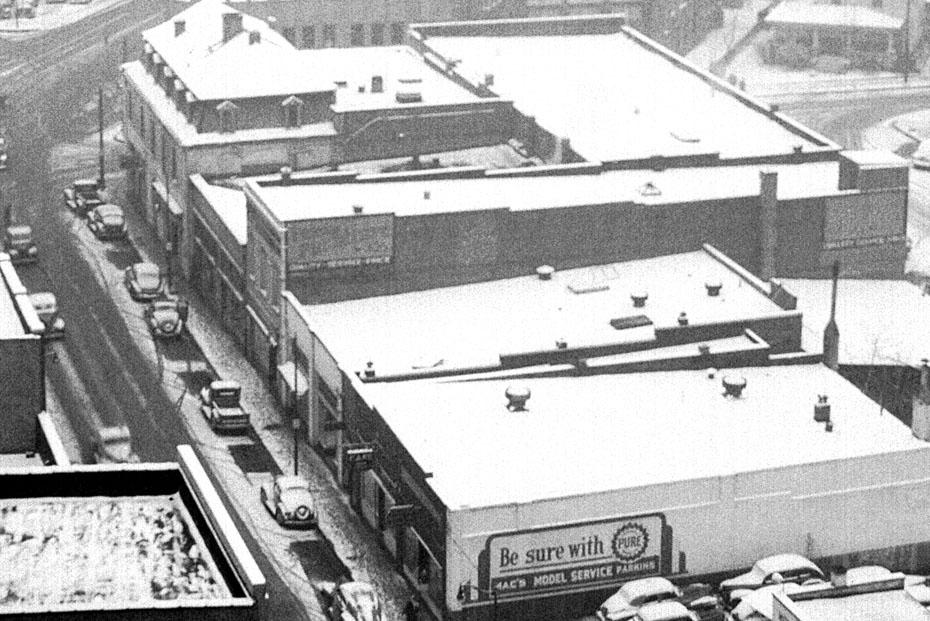 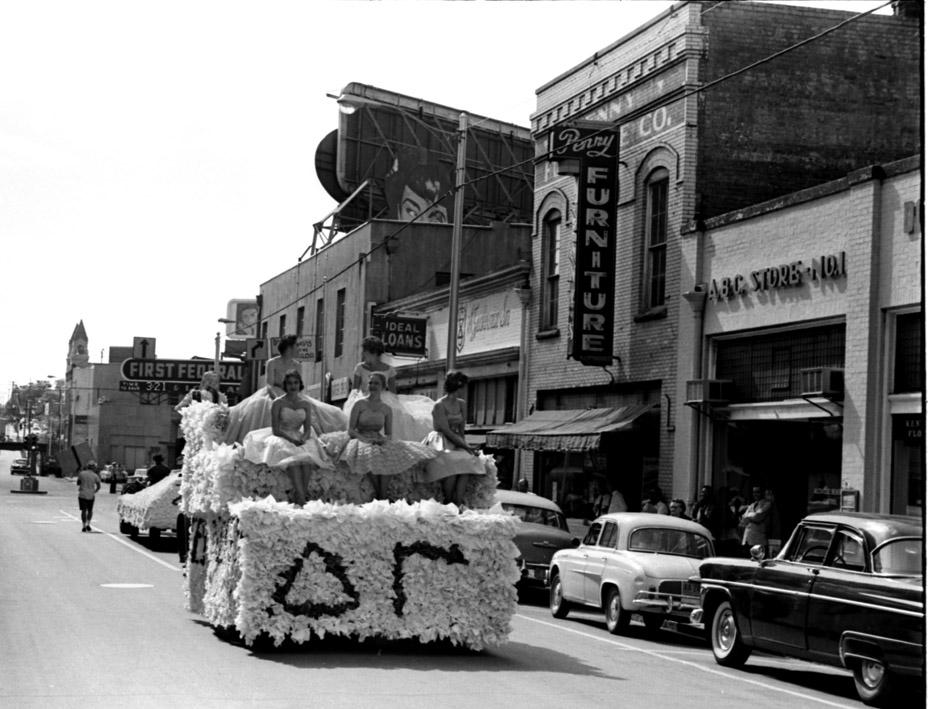 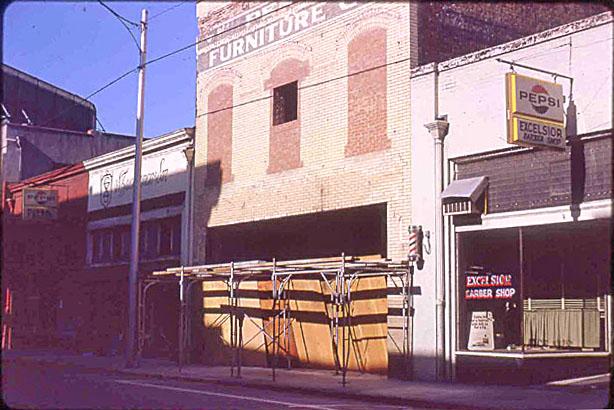 I don't know if the pizza place in the above picture was Pizza Palace, but after the application of a false front facade to the Penny furniture building and some other renovation, Pizza Palace was in operation here by 1970. 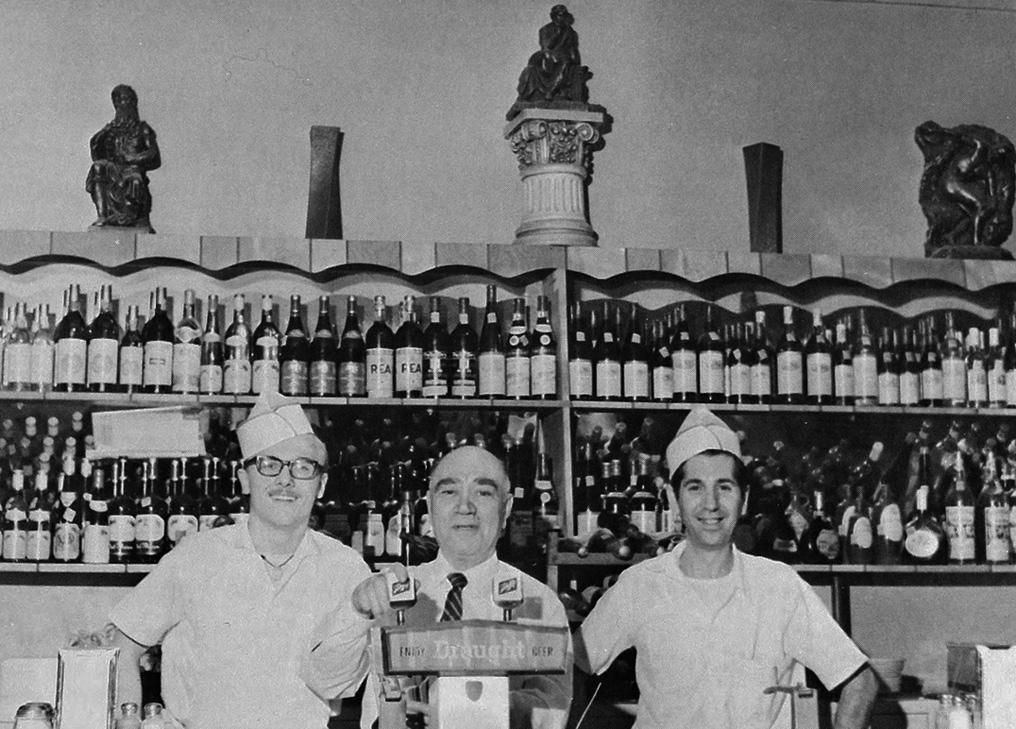 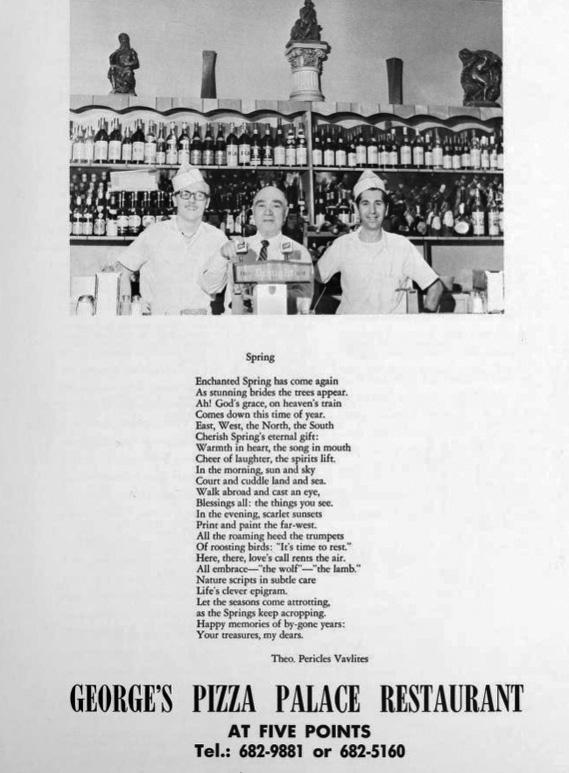 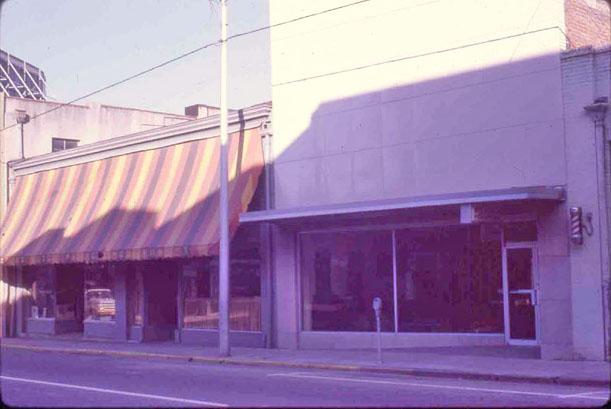 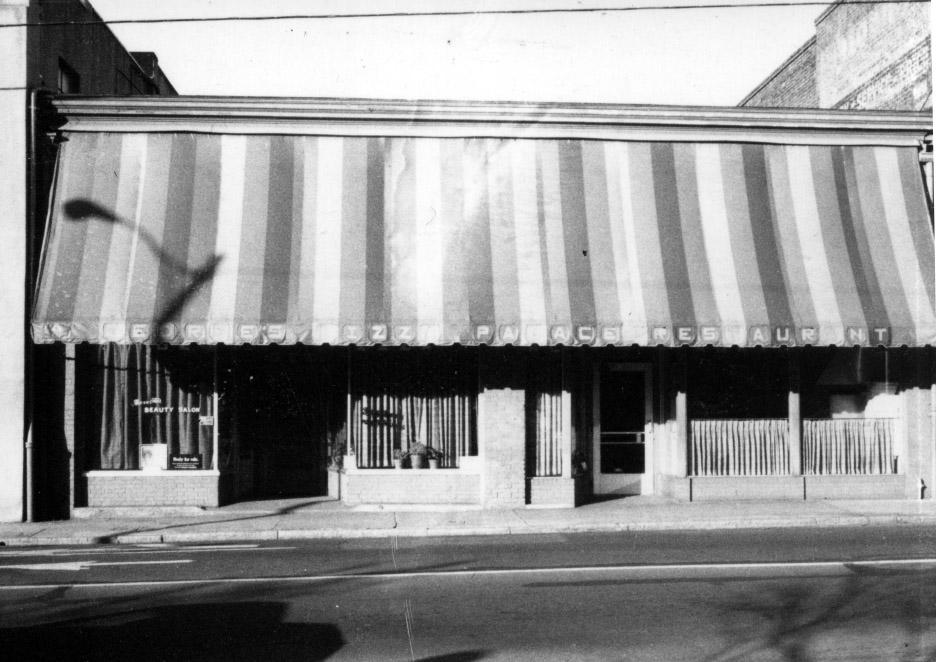 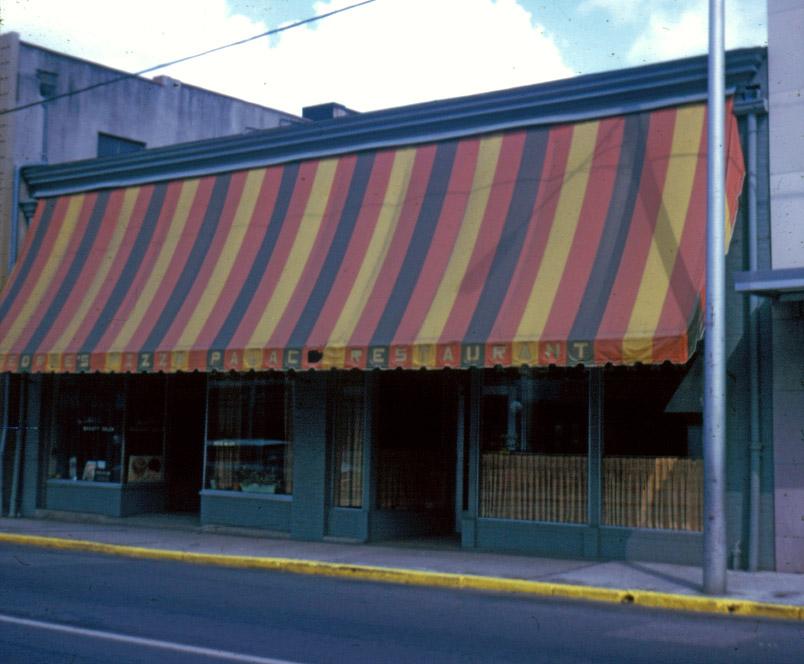 (Courtesy Durham County Library)
I don't know when they moved out to Hillsborough Road, but that left these buildings pretty empty.

During the early 1980s, the Temptee Bagel Company was located at 107 E. Chapel Hill St. Temptee Bagel (home of the Bagel Original Dog), was started by Milan and Sandy Burger, who met in Durham while on the rice diet in 1975. 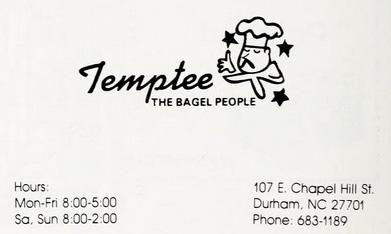 The city bought the building at the northeast corner of Morris and Chapel Hill St. (previously profiled) as well as 107-109 East Chapel Hill St. during the 1980s and renovated them. The Excelsior barber shop moved to this building. 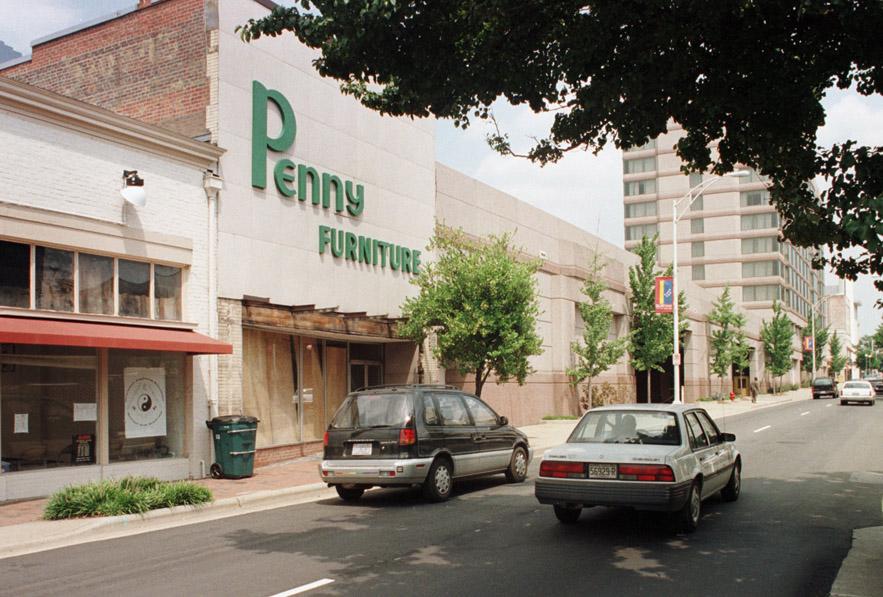 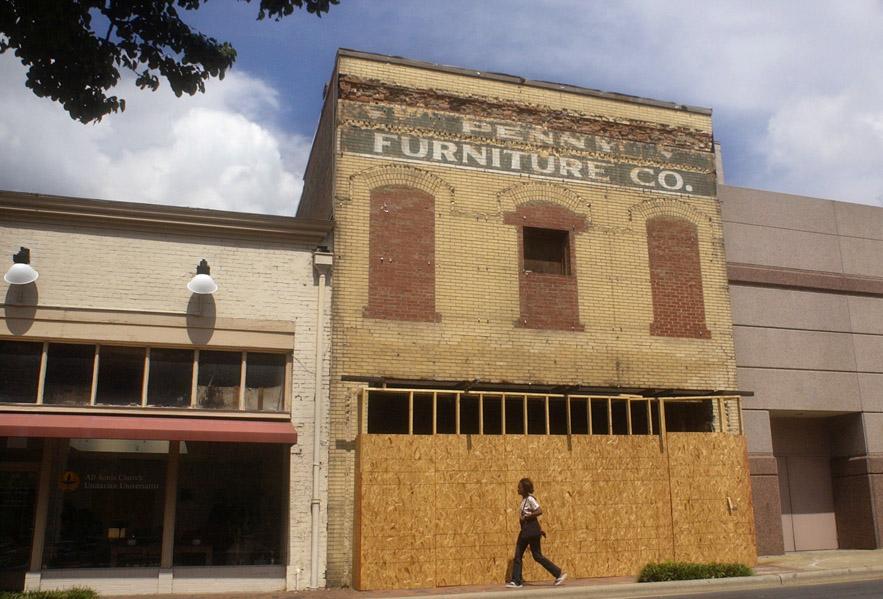 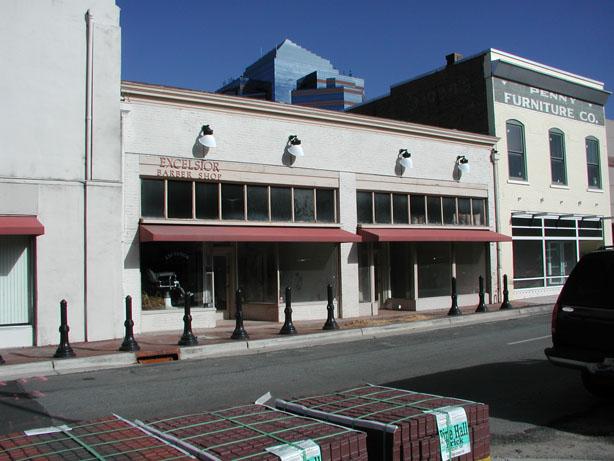 In 2012, David Arneson and Scott Harmon of Center Studio Architecture purchased and renovated the building, placing their offices in the 107 storefront. 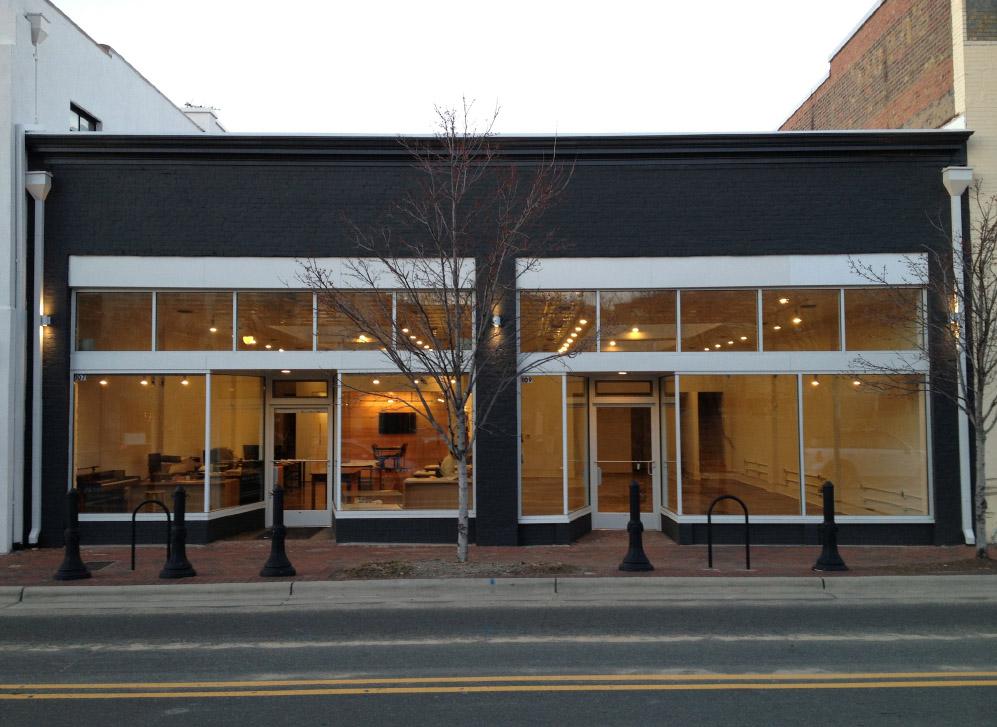 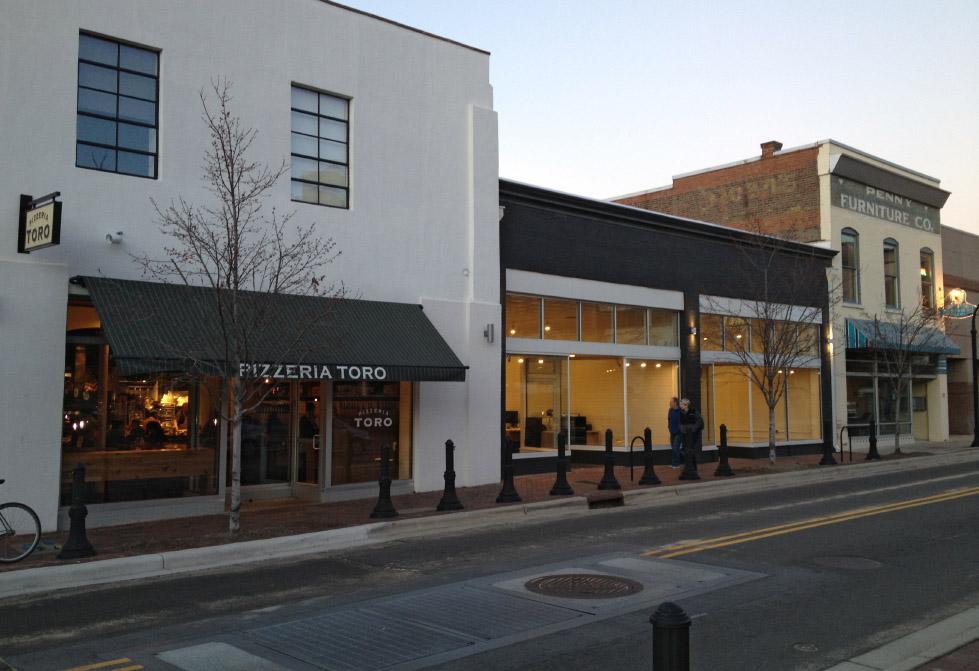 Per the firm's website: David Arneson and Scott Harmon created Center Studio Architecture on June 1, 2004. [As of 2014] the studio totals five people and occupies a storefront at Five Points in the historic center of downtown Durham. Our work is diverse and includes residential, office, restaurants, retail, mixed-use, multifamily, renovations, new...
Read More

Pizza Palace was, along with Annamaria's, one of the earliest pizza restaurants in Durham. It appears that the original name of the restaurant was "George's Pizza Palace." I don't know who George was. Owned by two time Durham mayor Harry Rodenhizer from 1978 to 2004, the business had a loyal following among Durhamites during a period when...
Read More