106
West Seeman Street
Durham
NC
Year built
1880s
Year(s) modified
1920s
Construction type
Frame
National Register
North Durham – Duke Park
Neighborhood
Old North Durham
Use
Residence
Building Type
Residential
Can you help?
You don't need to know everything, but do you know the architect?
Log in or register and you can edit this. 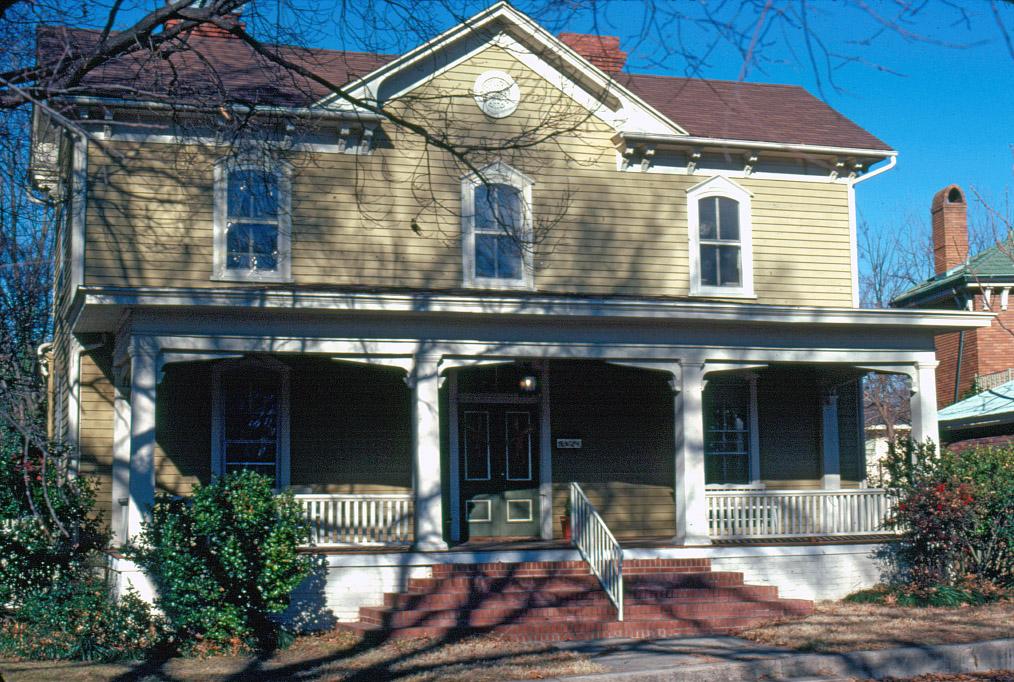 The 1880s era house originally stood on North Mangum Street. The historic inventory speculates that William L. Umstead built the house. I think it's unlikely. Umstead was a tobacconist, and partner with Walter C. Bradsher in the company Bradsher and Umstead. I'm not clear on when this William Umstead was born, but he may have been too young to have built the house in the 1880s. Regardless, he is listed at 421 North Mangum Street, considerably southward, in 1903. Note that he is not the same William (B.) Umstead who was district attorney, U.S. Representative, U.S. Senator, and NC Governor.

Handsome ornamentation, which includes cornice brackets, pointed arched lintels above round arched windows, and double entrance doors with raised panels beneath the transom, indicates a construction date in the 1880s for this two story single pile house with triple A roofline and weatherboard exterior. Around 1915, Umstead had the house moved to its present site to make room for his second residence built on the corner, the Umstead- Rollins House at 1101 North Mangum. Around 1975, the present owner had the original house restored.· 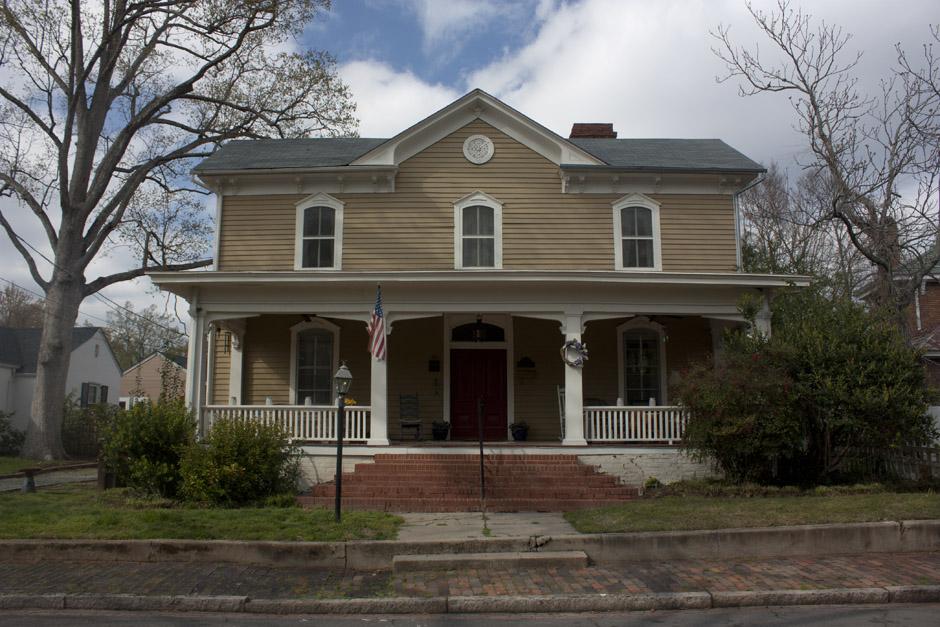