105-125
West Parrish Street
Durham
NC
Local historic district
Downtown Durham
National Register
Downtown Durham
Neighborhood
Downtown Central
Building Type
Commercial
Can you help?
You don't need to know everything, but do you know the year it was built?
Log in or register and you can edit this.

Aside from the previously featured Nancy Grocery and 119-121 N Mangum (the two ends of the block) the south side of the 100 block of W. Parrish St. seems to have been rarely photographed.

The Parrish St. side of the block extending through to W. Main St. was also badly damaged in the fire of 1914. 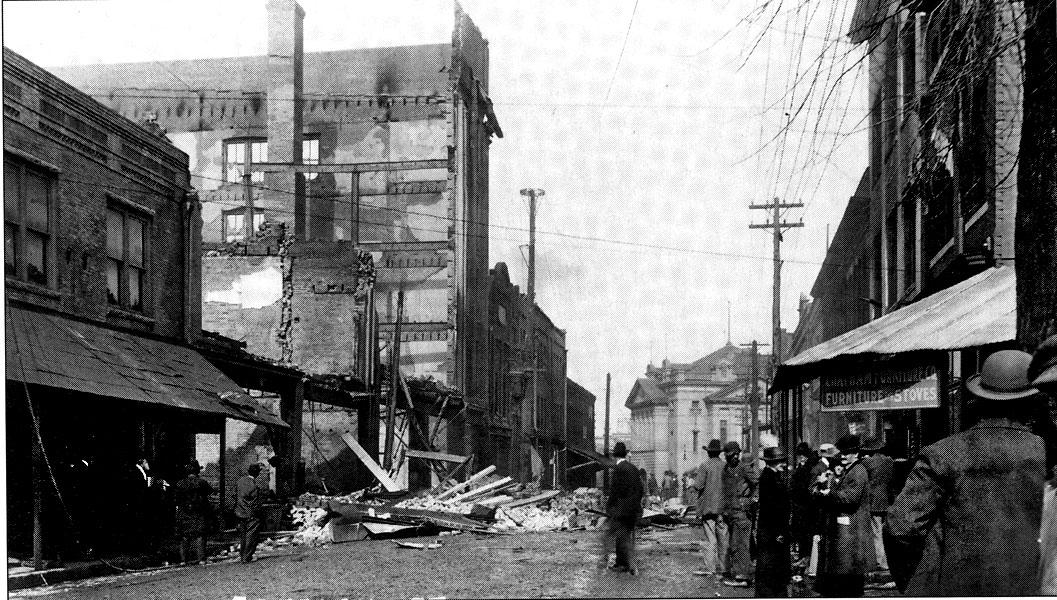 Looking west, 1914; the south side of the street is on the left. (I had not realized what an impressive terminating vista the Academy of Music once was at the west end of Parrish St. until seeing this picture.) Notice the brick detailing towards the top of the facade of the leftmost structure.
(From "Images of America: Durham" by Steve Massengill)

In 1923, the businesses in these buildings were: 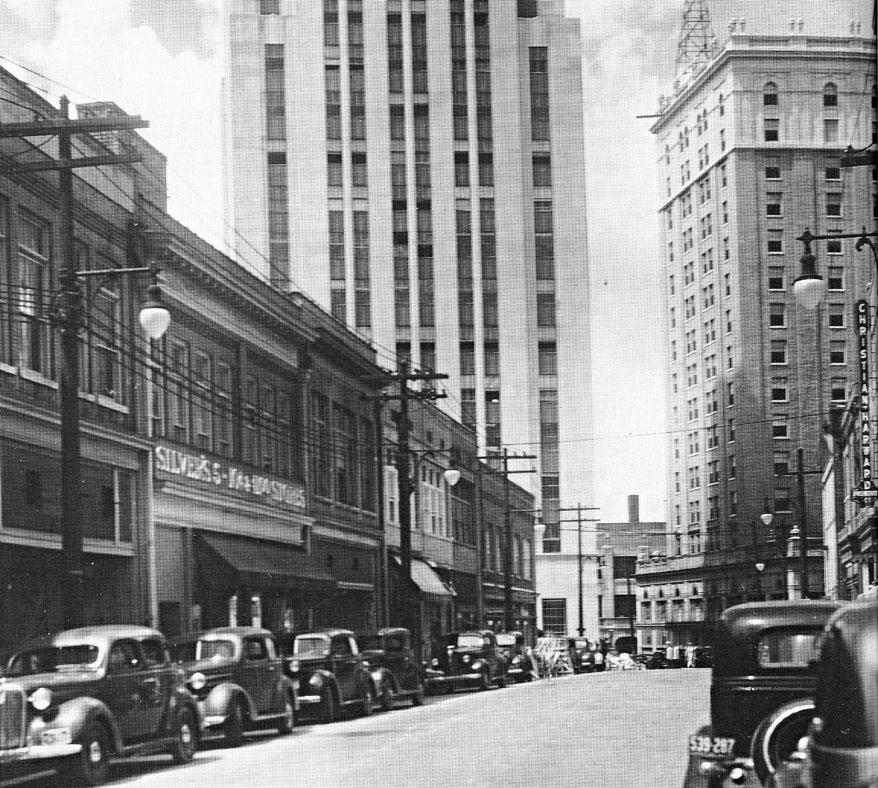 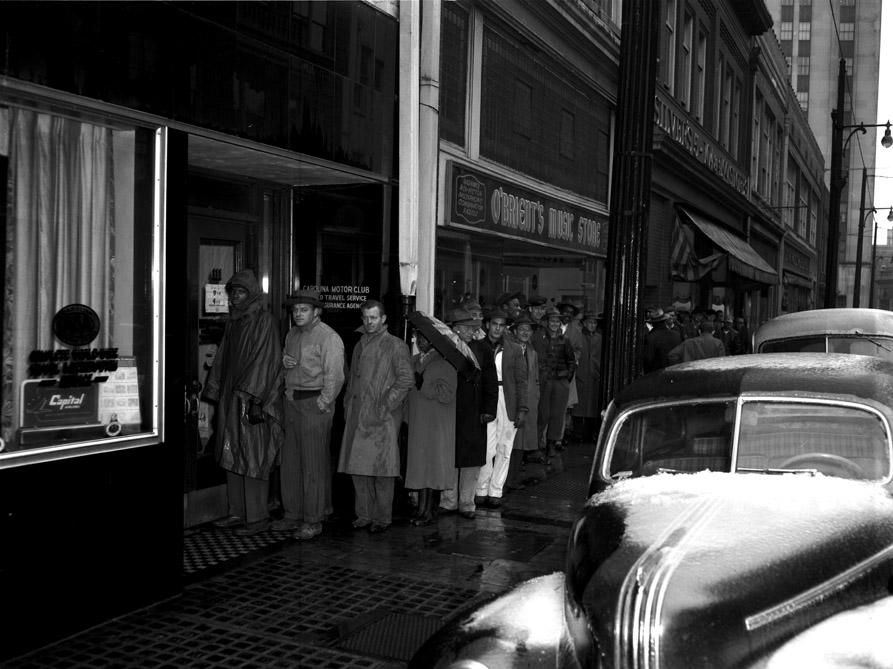 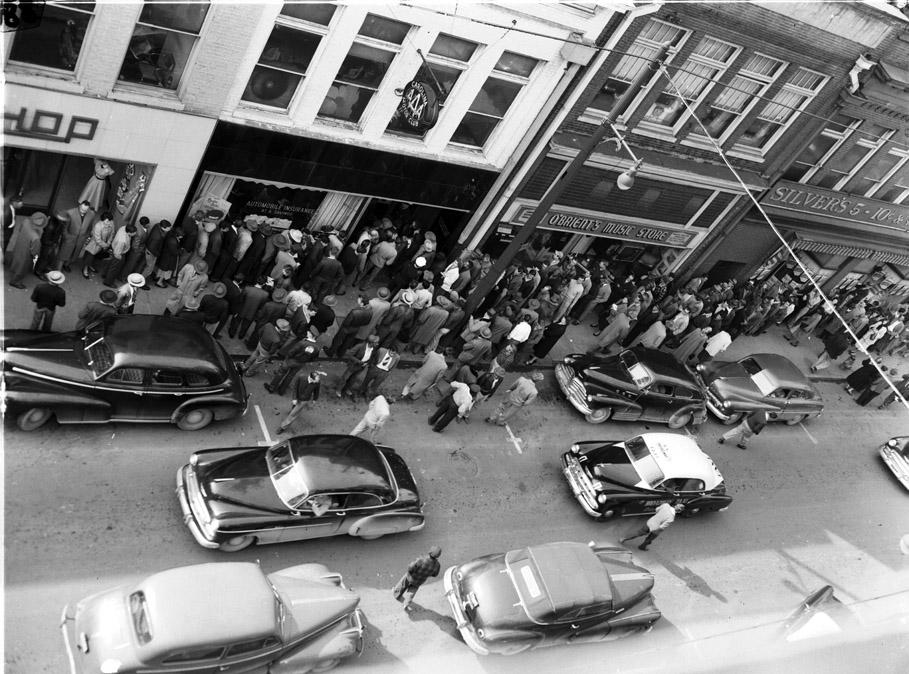 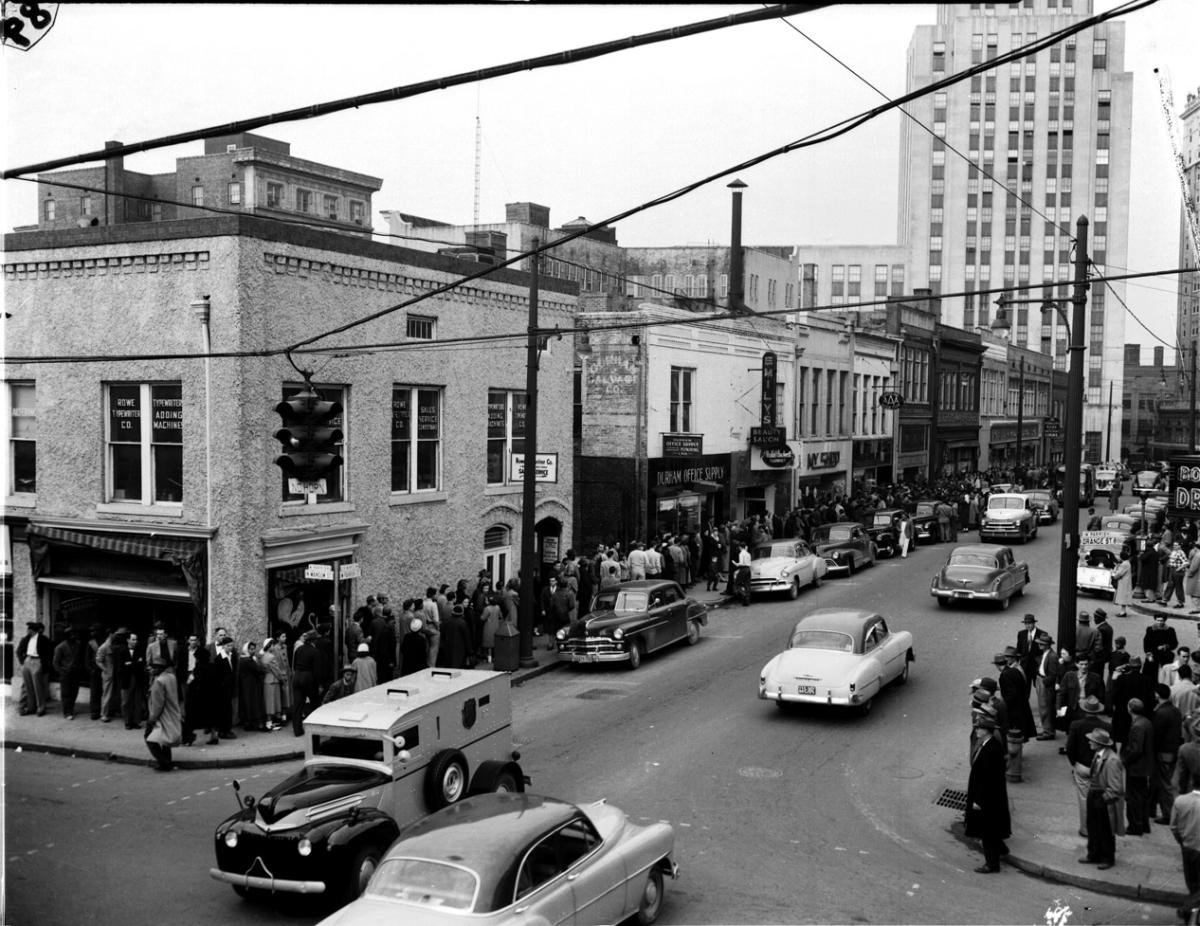 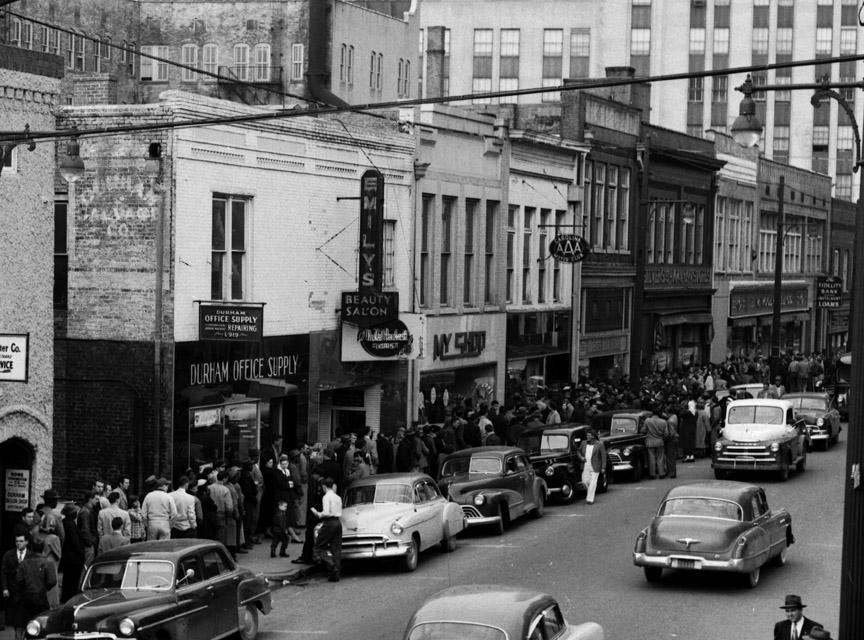 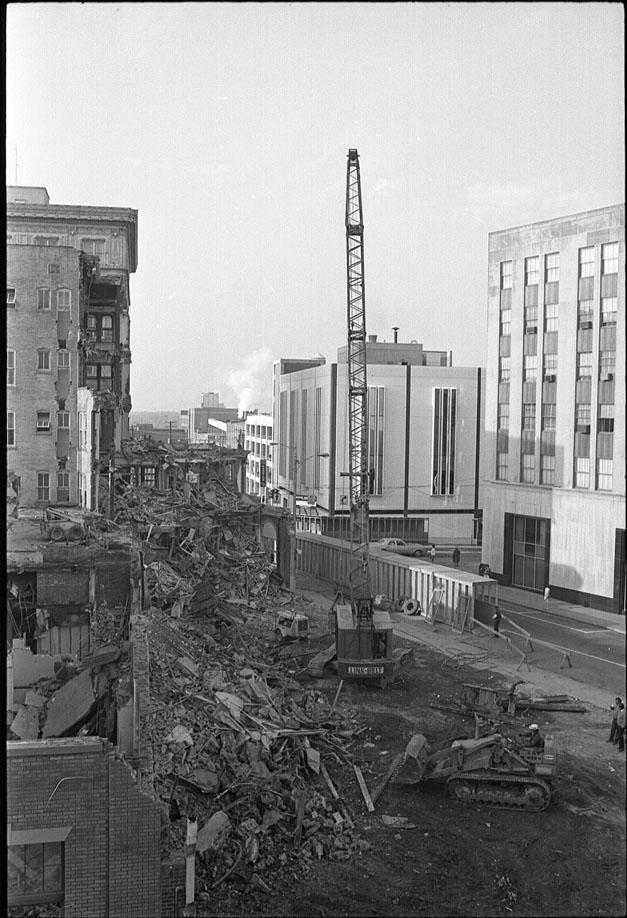 117-123 West Parrish, last used as the extension of Woolworth's through to this block, was destroyed by the city in 2001. 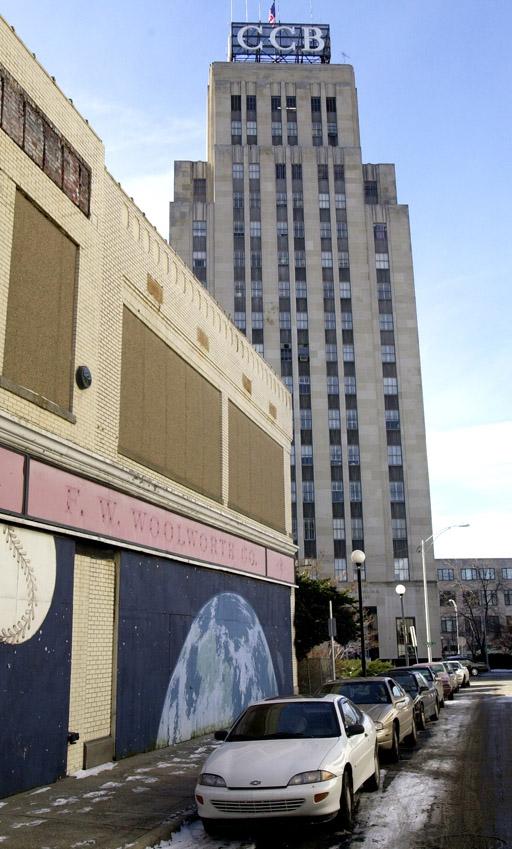 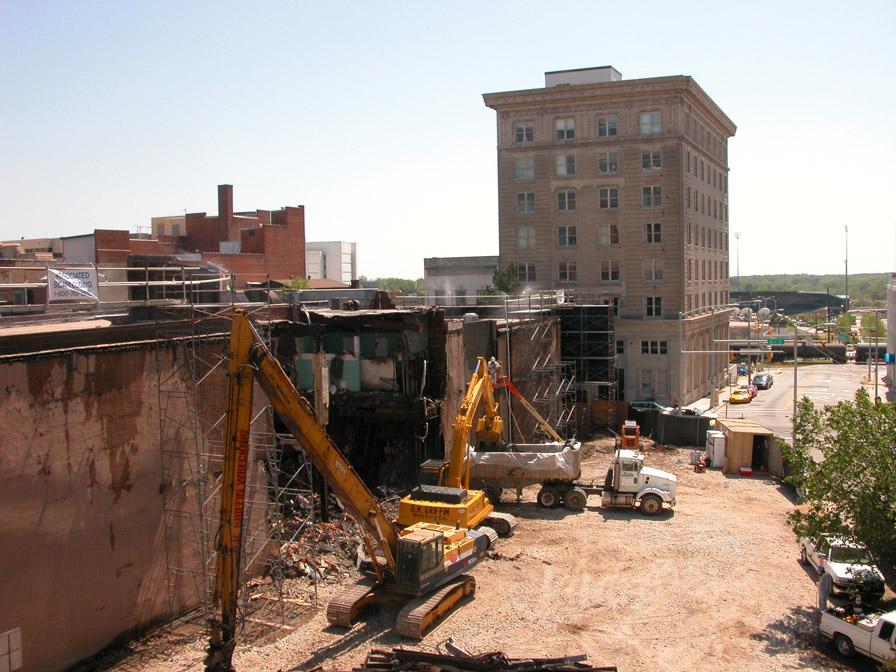 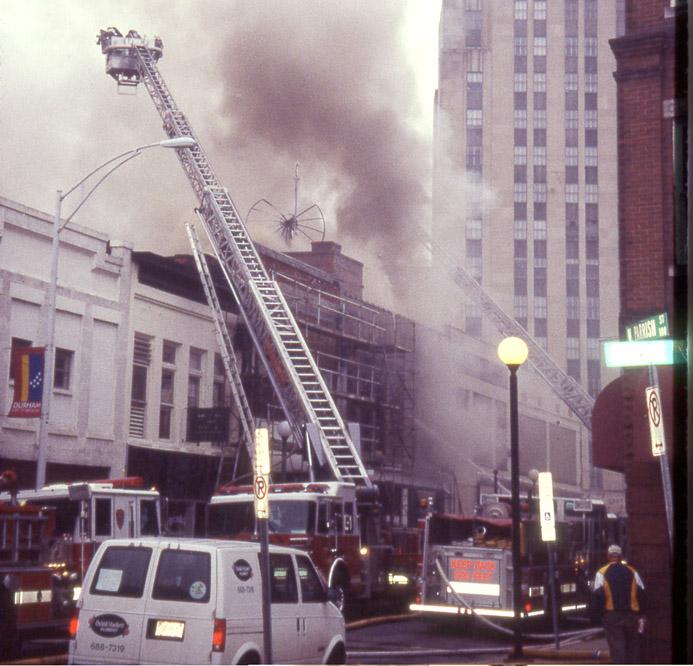 The result is a block diminished. 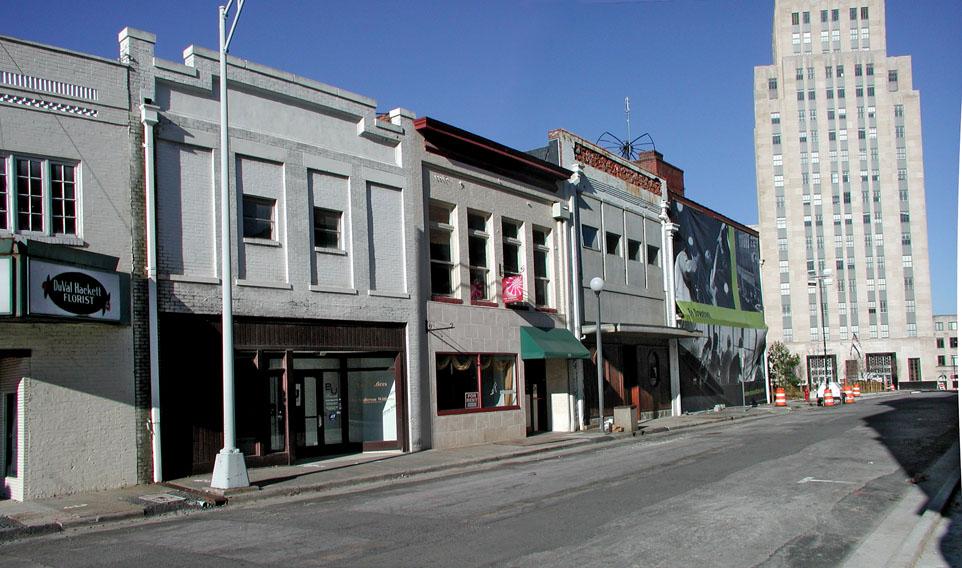 Greenfire owns 2 of these structures, and I hope they are a high priority for renovation. Remember that brick detail? 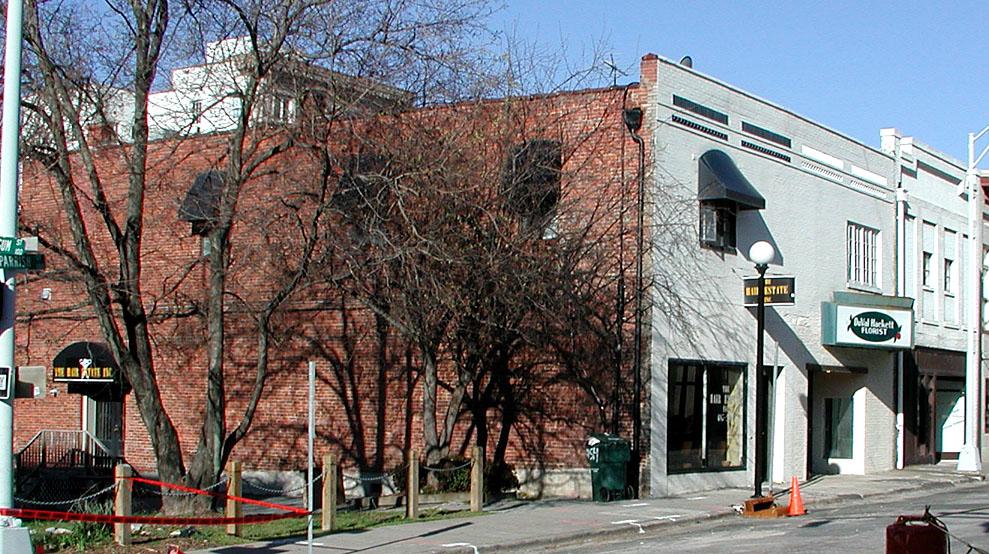 This structure, although modified, appears to be one which survived the 1914 fire.

The most recent renderings by Greenfire shows them preserving at least the facades of 113-115 West Parrish St., with a large glass and metal shiny thing overhead. 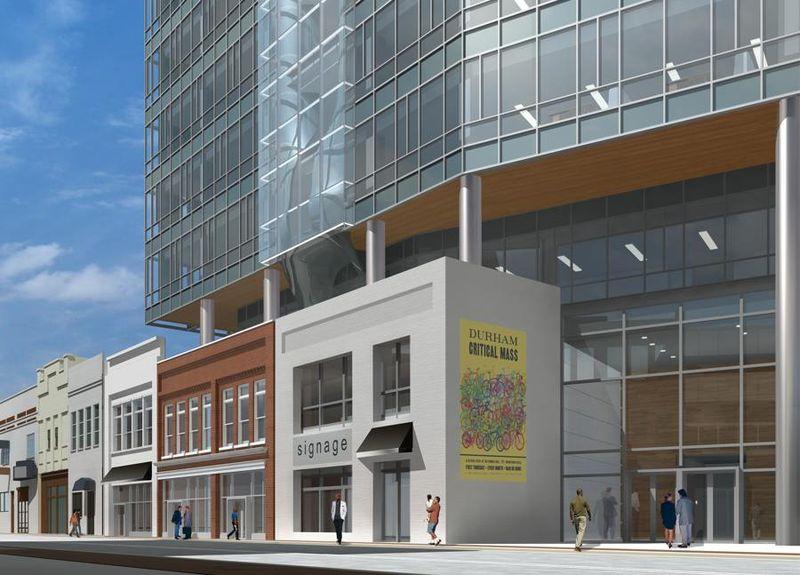