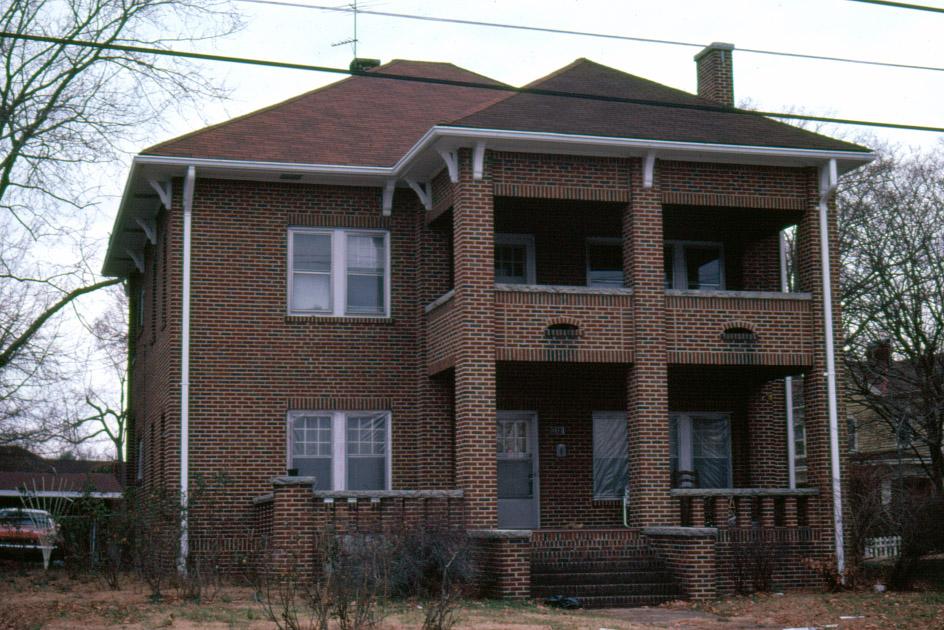 (Below in italics is from the 1985 National Register listing; not verified for accuracy by this author.)

Two story square Italianate house of brick with roof supported by large brackets. Two story porch across half of front facade and roofless one story section extending farther. This house has been converted to apartments.

I'm excited to see the house that I'm renting on here, though I'm not sure how accurate that listing is. From what I have heard about the house, it has only had a handful of owners since it was built in the early thirties for two school teachers; one lived upstairs and the other downstairs. From what I can tell about the house, it was, in fact, built as a two apartment-house, not later converted. The current layout of both floors of the house are pretty obviously their original layout, given they are identical and the centrality of the stairwells that lead from ground level to upstairs, one of which follows the stairwell from the basement to the first floor. I wish I had more to contribute, but this is the little unconfirmed information and opinion I can offer. Hopefully someone will come along with more information one day.