101
Morris Street
Durham
NC
Year built
1917
Year demolished
1974
Architectural style
Gothic
Construction type
Masonry
Neighborhood
Downtown Central
Can you help?
You don't need to know everything, but do you know the architect?
Log in or register and you can edit this. 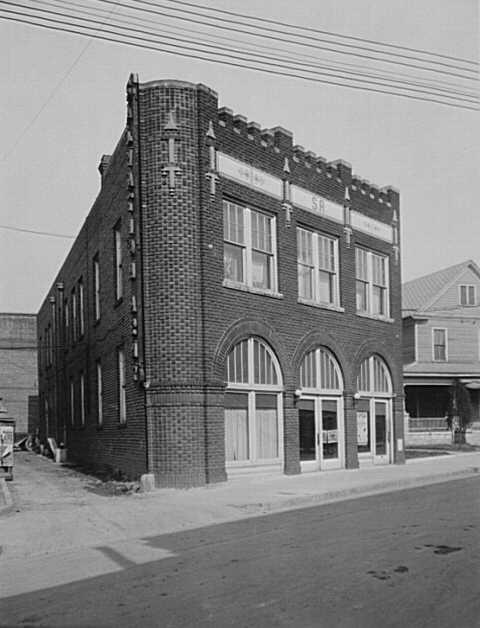 The Salvation Army was established in Durham in January 1888, when "Captain and Mrs. Denton" were appointed to lead the organization, whose first headquarters were located on McMannen Street. Shortly thereafter, "Captain Fielding" and "Lieutenant Keyser" joined the administration of the organization.

In May, 1910, the Durham Corps of the Salvation Army was recorded in territorial records of the organization, and "Captain and Mrs. JV Brezeale" were sent to Durham to re-establish the organization, which relocated to 321 West Main St. The group remained at 321 W. Main for 6 years, until they relocated briefly to 309 Roxboro St. while their new structure was built at 101-103 Morris St. This section of Morris St. had been residential through the latter part of the 19th century, but these houses began to be supplanted by commercial structures in the first decades of the 20th century.

The new building was completed in 1917, and housed the organization for the next 50 years. 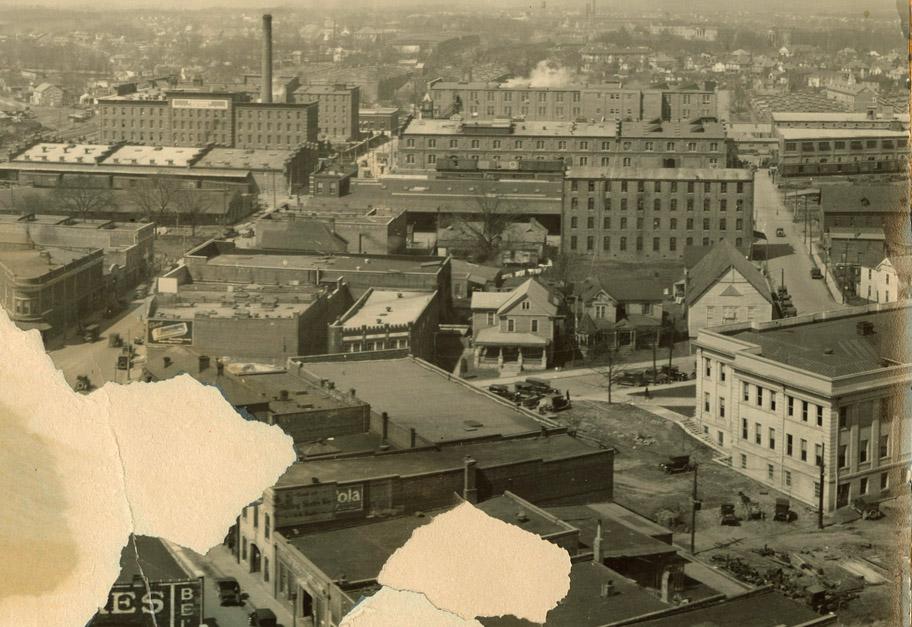 In 1926, a group in Wilmington had requested the help of the national Salvation Army in establishing a "home for unwed mothers." Per the Herald-Sun, this was moved to Durham in 1931 due to "greater medical advantages." As it happened, the former Southern Conservatory of Music Building on S. Alston Avenue had recently closed down, unable to continue financially. The Salvation Army purchased that building and renovated it; by 1953 it could house 33 mothers and 15 babies. The 'home' was staffed by Salvation Army officers and employees.

Per the Herald-Sun, the Salvation Army band was "a familiar sight on Morris Street." 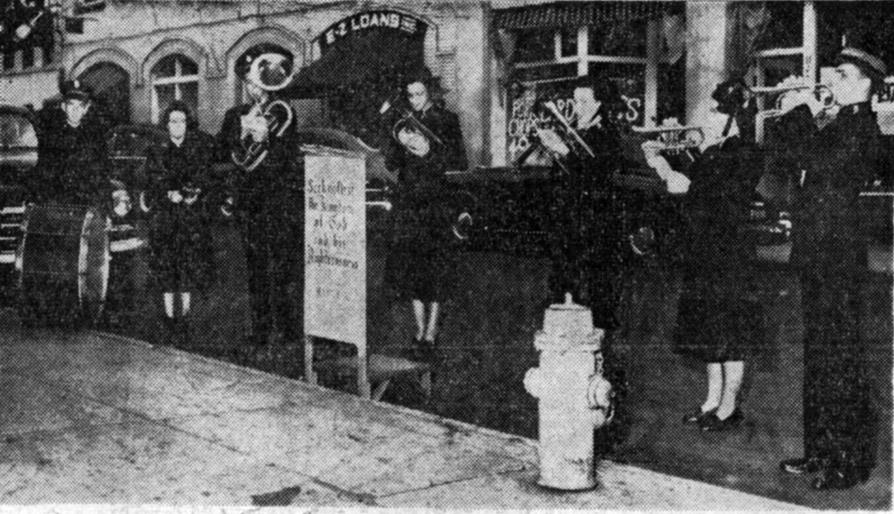 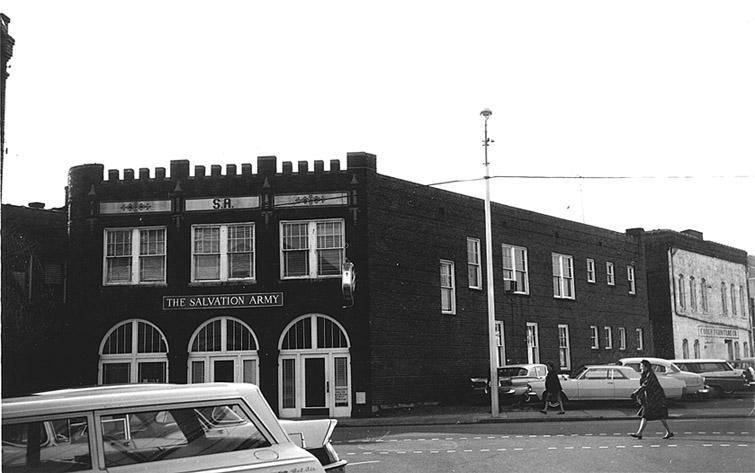 Below, looking north on Morris St. from Five Points, 1971 - an oblique picture of the Salvation Army building is visible. 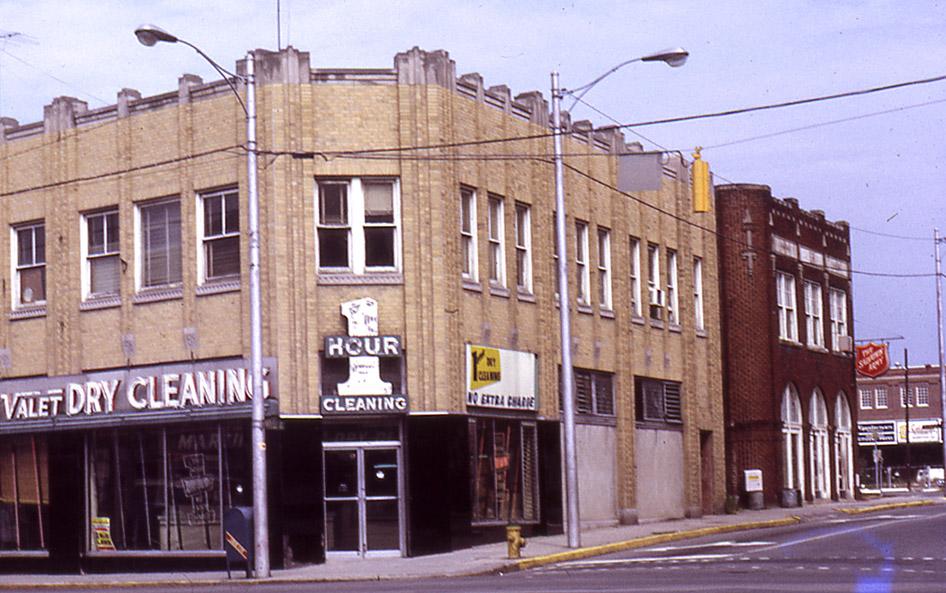 The former site of the Salvation Army building was consolidated with all of the other parcels in the block bounded by Morris, West Main, Morgan, and Great Jones, and became the site of the new First Federal Building. 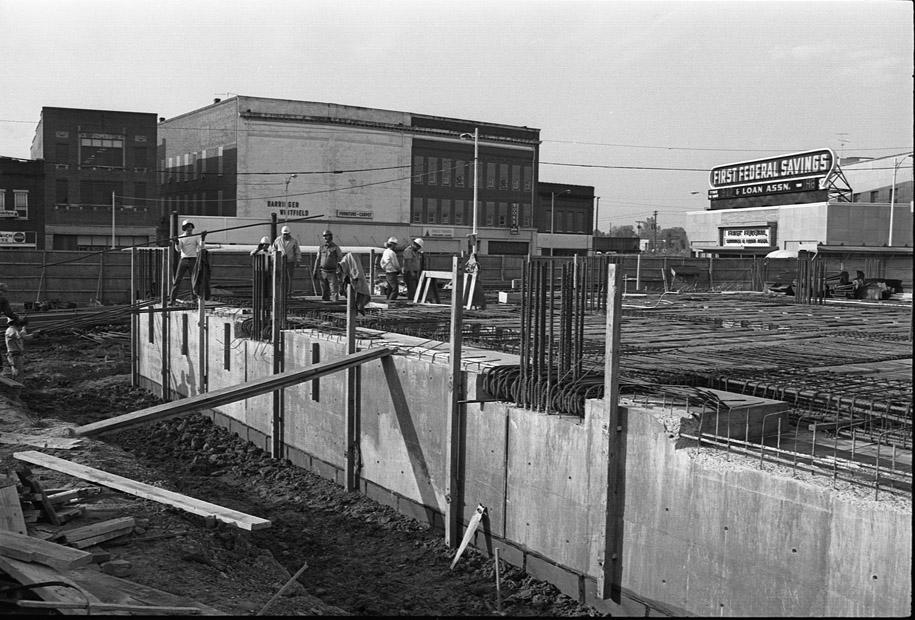 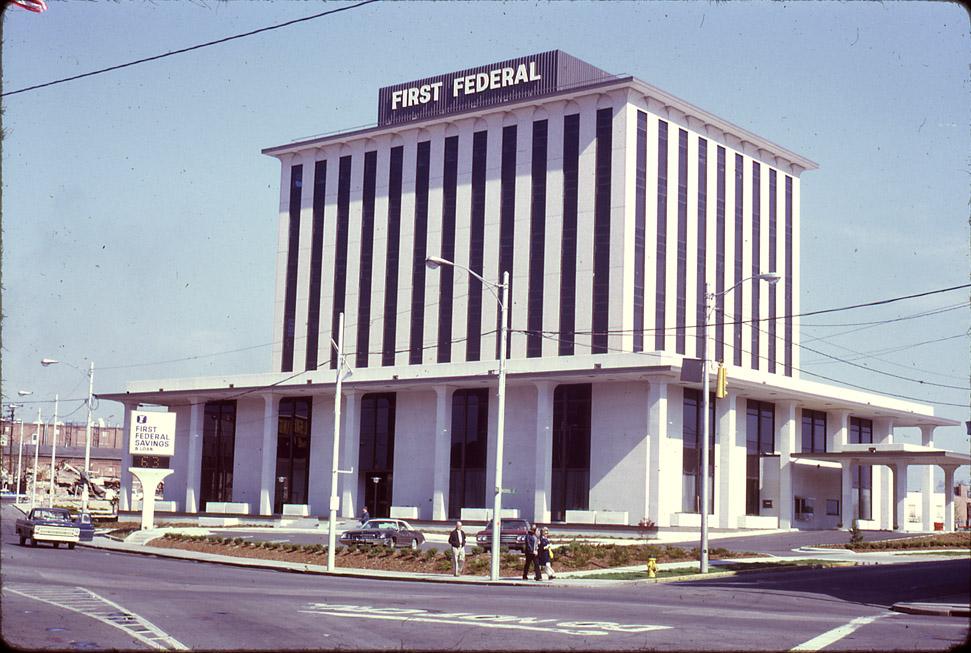 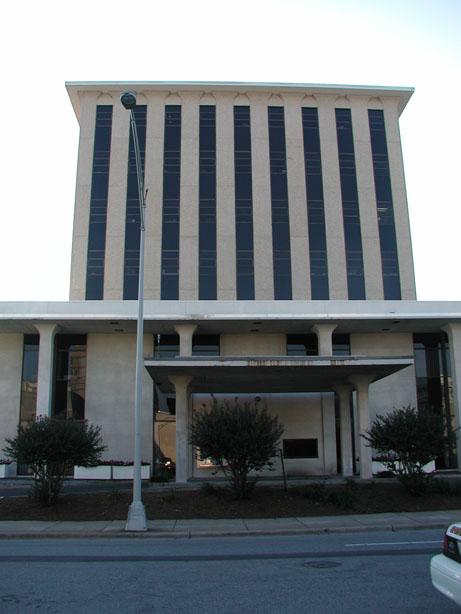 Hi Gary! I'm guessing that the downtown Durham locations during the 1970s and 1980s may have been where the Salvation Army's Emergency Transient Lodge was located during those years. The building at Liberty and Alston was dedicated in 1968, according to the cornerstone.