The first recorded business at 101-107 West Chapel Hill St. is the Cary Lumber Company, constructed sometime between 1898 and 1902. 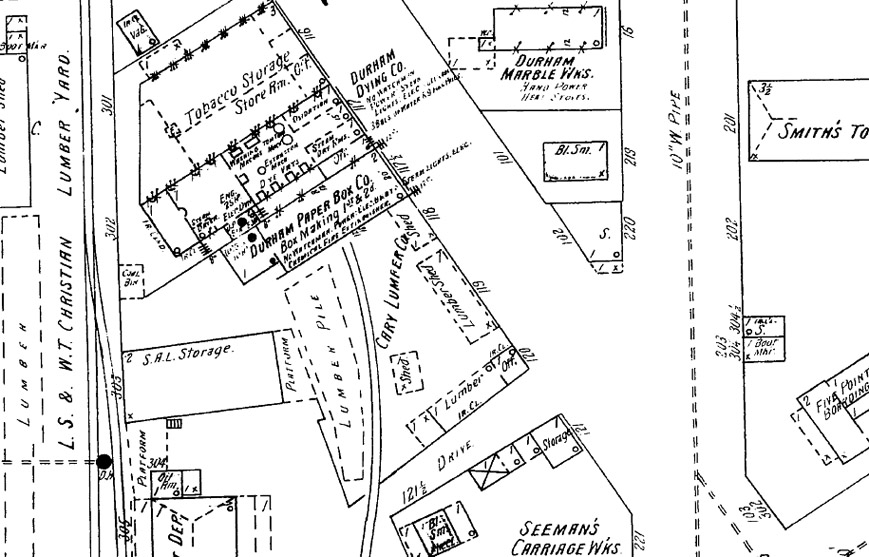 In 1913, the company moved west to Milton Ave. and West Main. Soon afterwards, a 3 story masonry building was constructed on the site. The eastern portion initially contained a 'garage' and the western portion a paint store. 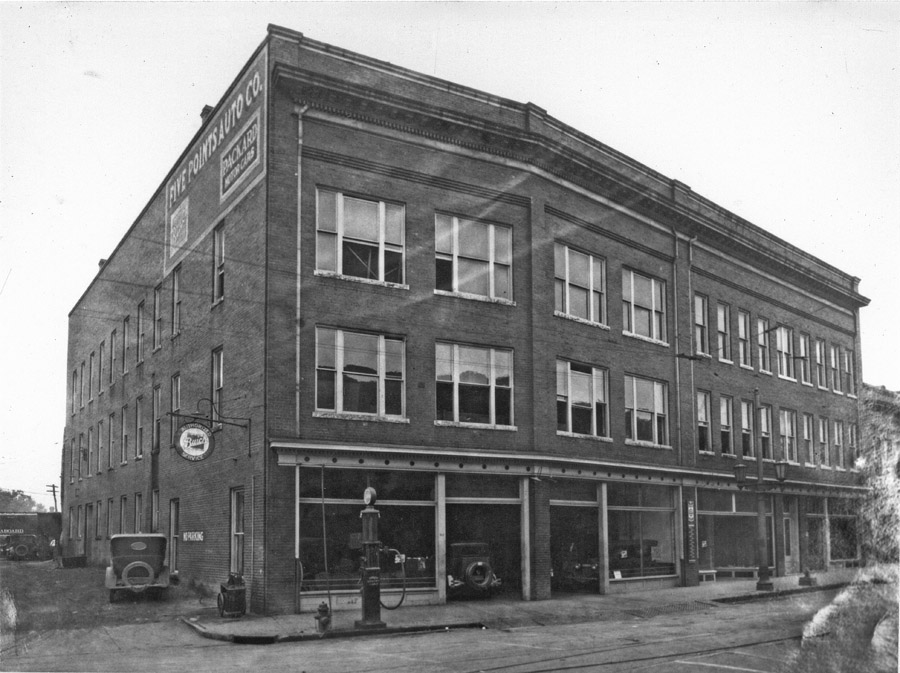 After Five Points Auto moved to East Main Street in 1926 and became the Johnson Motor Company, the 101-103 storefronts of the building had become the Montgomery Ward Department store. The 105 storefront was occupied by the Claude May decorating company, and 103 appears in the picture below to sell "Red Top Ale". 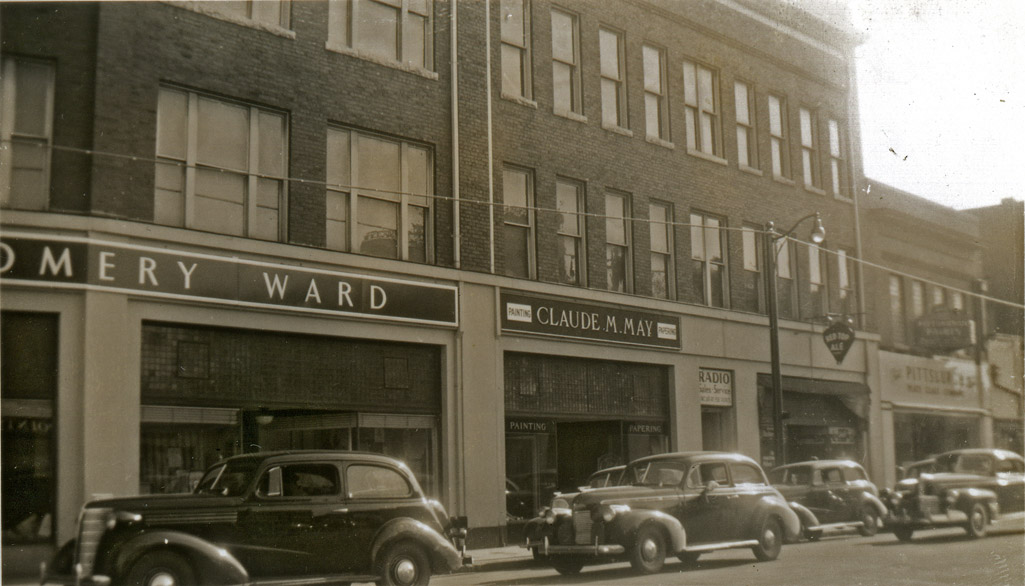 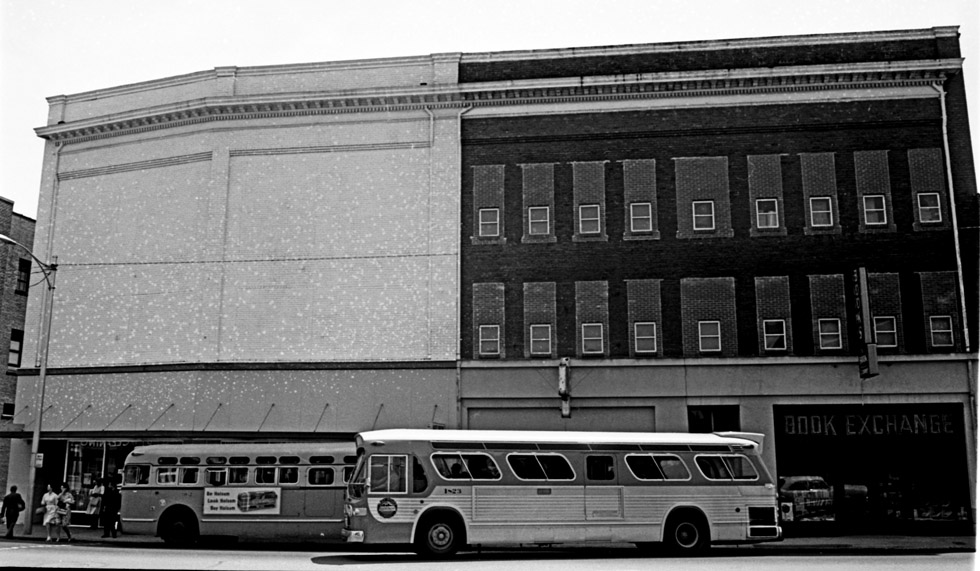 107 became home to the Book Exchange by the early 1960s - one of the few downtown businesses to span pre-urban renewal days in downtown to the 2000s. The "BookEx" became famous for their catering to the student textbook market - law students in particular. 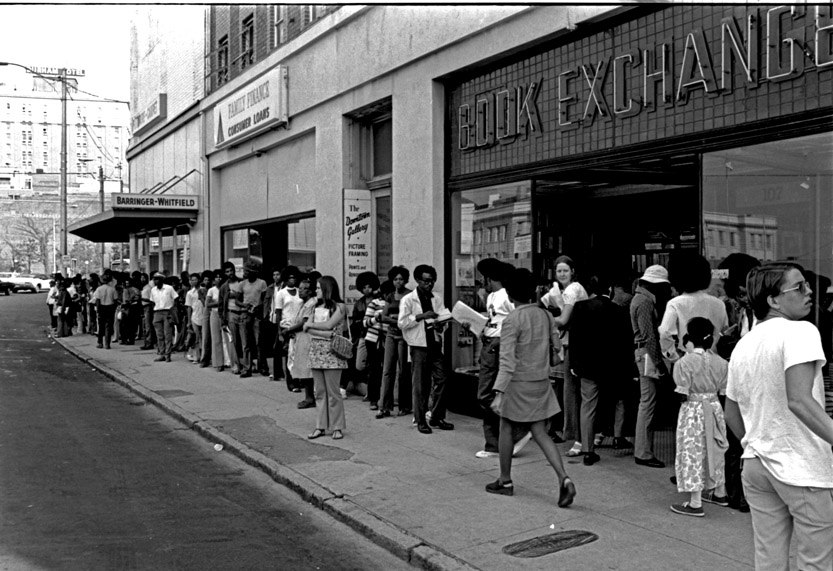 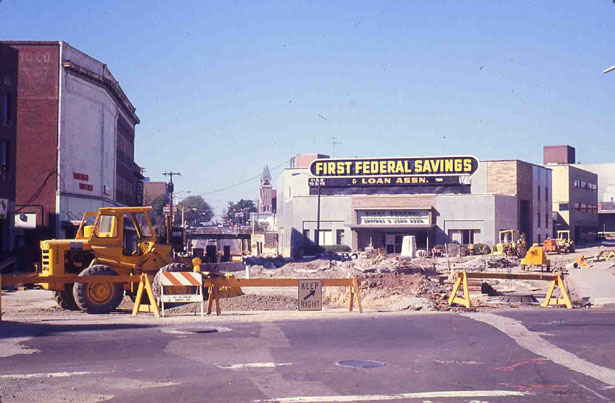 (Isn't it rather eerily familiar to see the streets dug up this way, ironically to create the streetscape that we are now undoing?)
(Courtesy Durham County Library)

Apparently prone to tragedy, Kimbrell's (in the eastern portion of the building) burned again in the new location during the early 1980s. 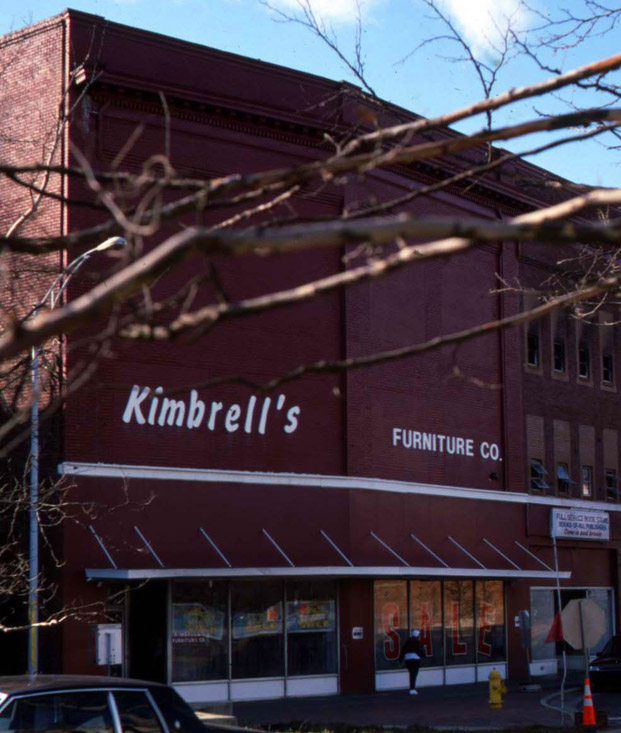 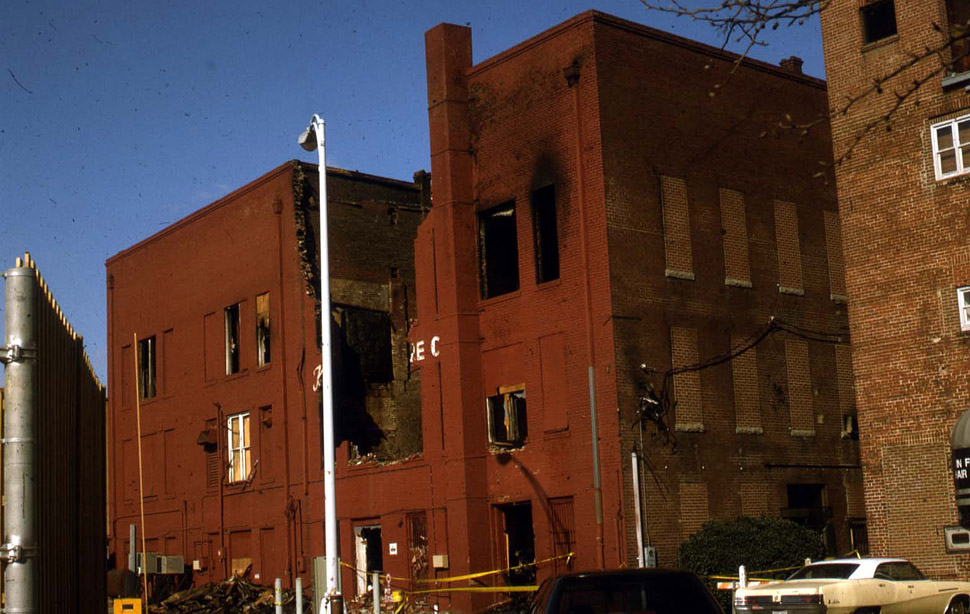 The 101-103 half of the building was torn down and replaced with the current structure - which is nothing too distinguished, but it could be worse. The windows on the 105-107 half are unfortunately bricked up with dramatically undersized windows in the remaining openings, but the attractive cornice line remains intact. The Book Exchange occupies the first floor of the building. 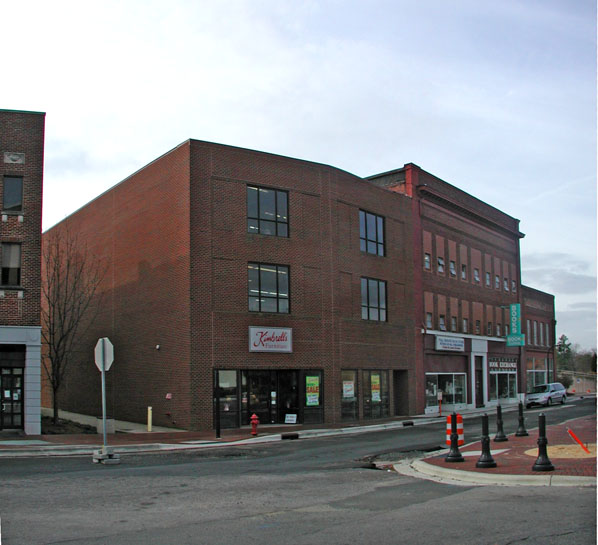 "The Kimbrell's Furniture store, a fixture in downtown Durham for the past 70 years, will be moving outside of downtown by next spring in favor of a more "convenient" location inside the city limits, confirms store manager Mark Underwood.

In mid-December, Kimbrell's sold the adjoining three-story buildings it occupies at 101 W. Chapel Hill St. in Durham to an investor group led by Alston Gardner of Chapel Hill and his sister, Lucy Stokes of Durham.

The Gardner siblings paid $2.05 million for the property, according to county deed records, and Gardner says they plan to renovate the buildings for new restaurant, retail and office tenants.

Gardner says Kimbrell's plans to vacate by March, but that it could stay longer if its plans to relocate are delayed. "I know they are active in finding a new location," he says. The convenience store tenant that was next to the neighboring Mateo Bar de Tapas restaurant has already closed.

Underwood says Kimbrell's has "a few" new locations it is considering, all of which are outside of the downtown district.

"Downtown is not real conducive to a lot of the things we need, like parking and truck deliveries," Underwood says. "On average we have two tractor-trailer trucks a day making deliveries, and it's difficult to get them in here and keep everybody happy with the city and our neighbors.

"We feel we can do better business in a new location."

The Kimbrell's Furniture store in Durham was among the first seven locations to open for the Charlotte-based furniture sales company, which now has more than 50 stores in the Carolinas and in Georgia. Corporate documents show Kimbrell's of Durham opened in 1944." 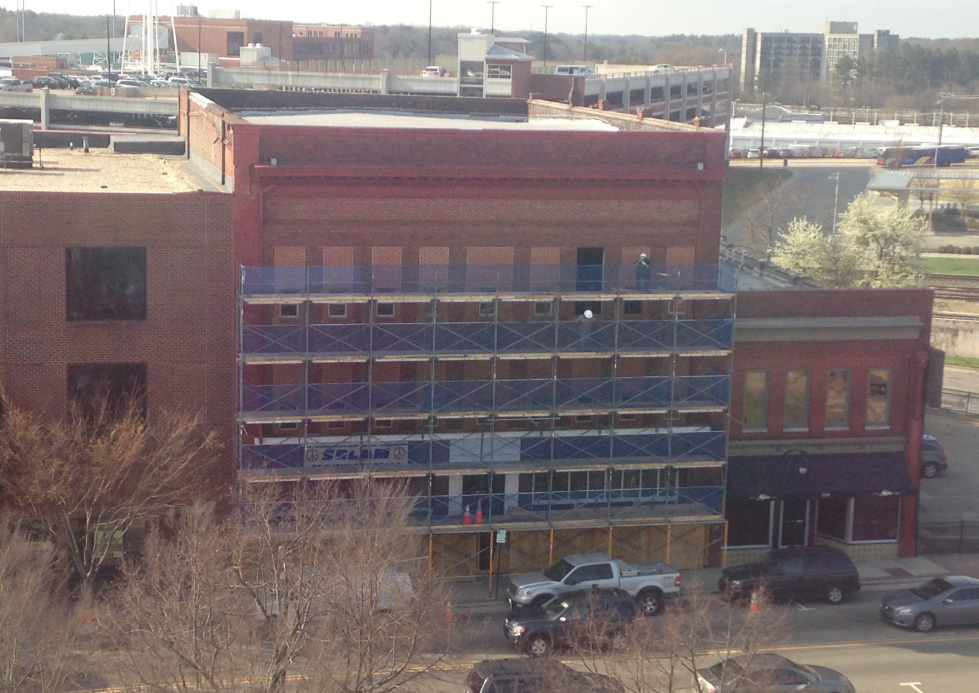 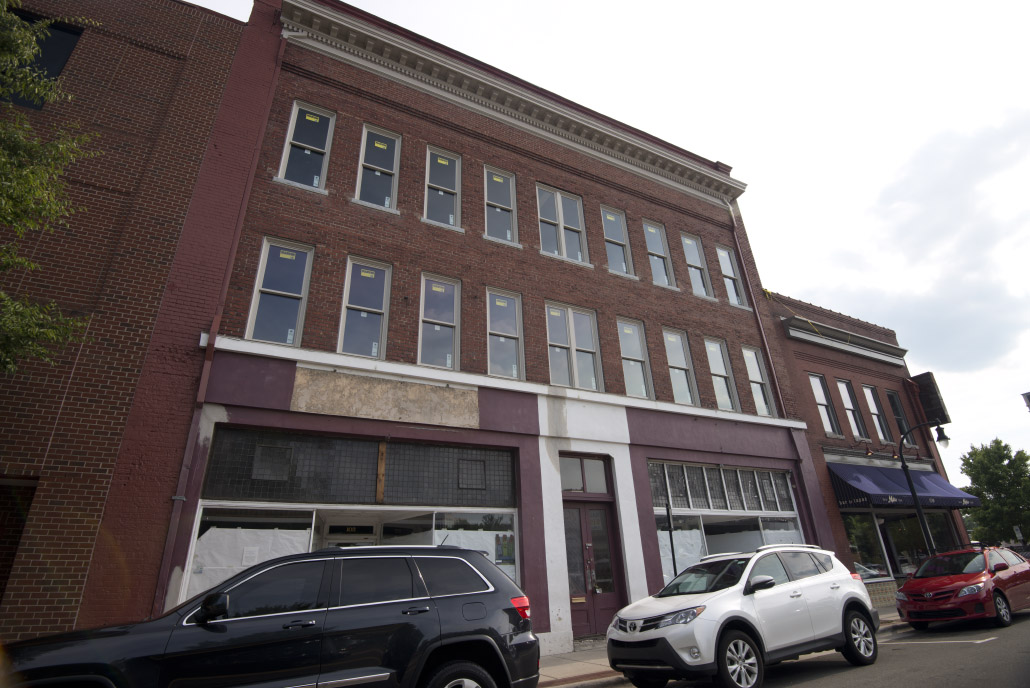