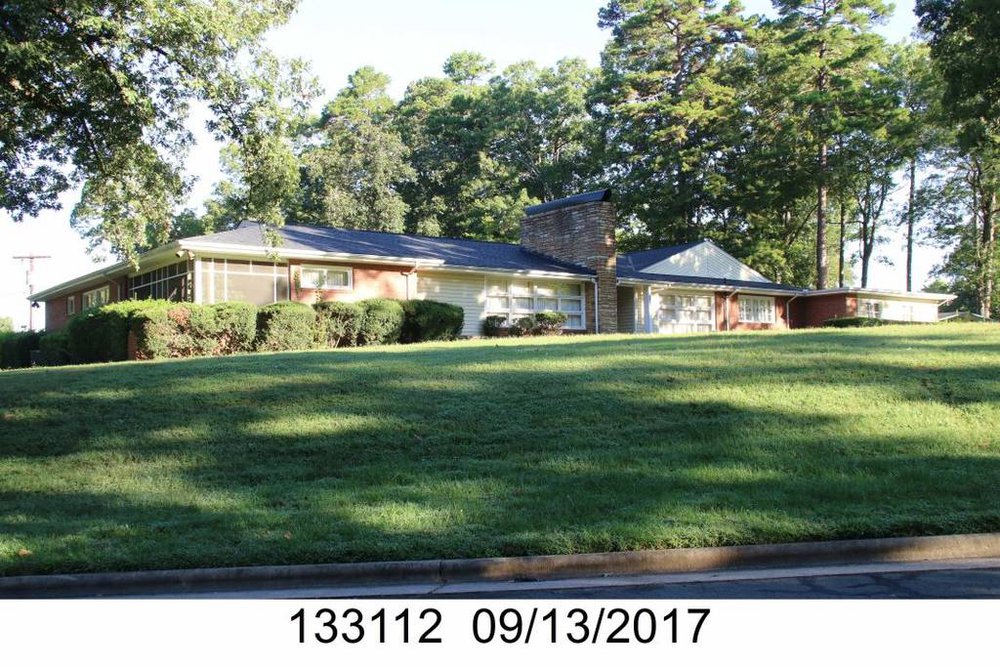 This ranch-style house was built in the mid-1950s for the prominent African-American doctor Clemuel Durham Grandy, Sr., and his family.  The property was a combination of lots for two adjacent, new developments that were underway at the time on the west side of Highway 55 south of Third Fork Creek. 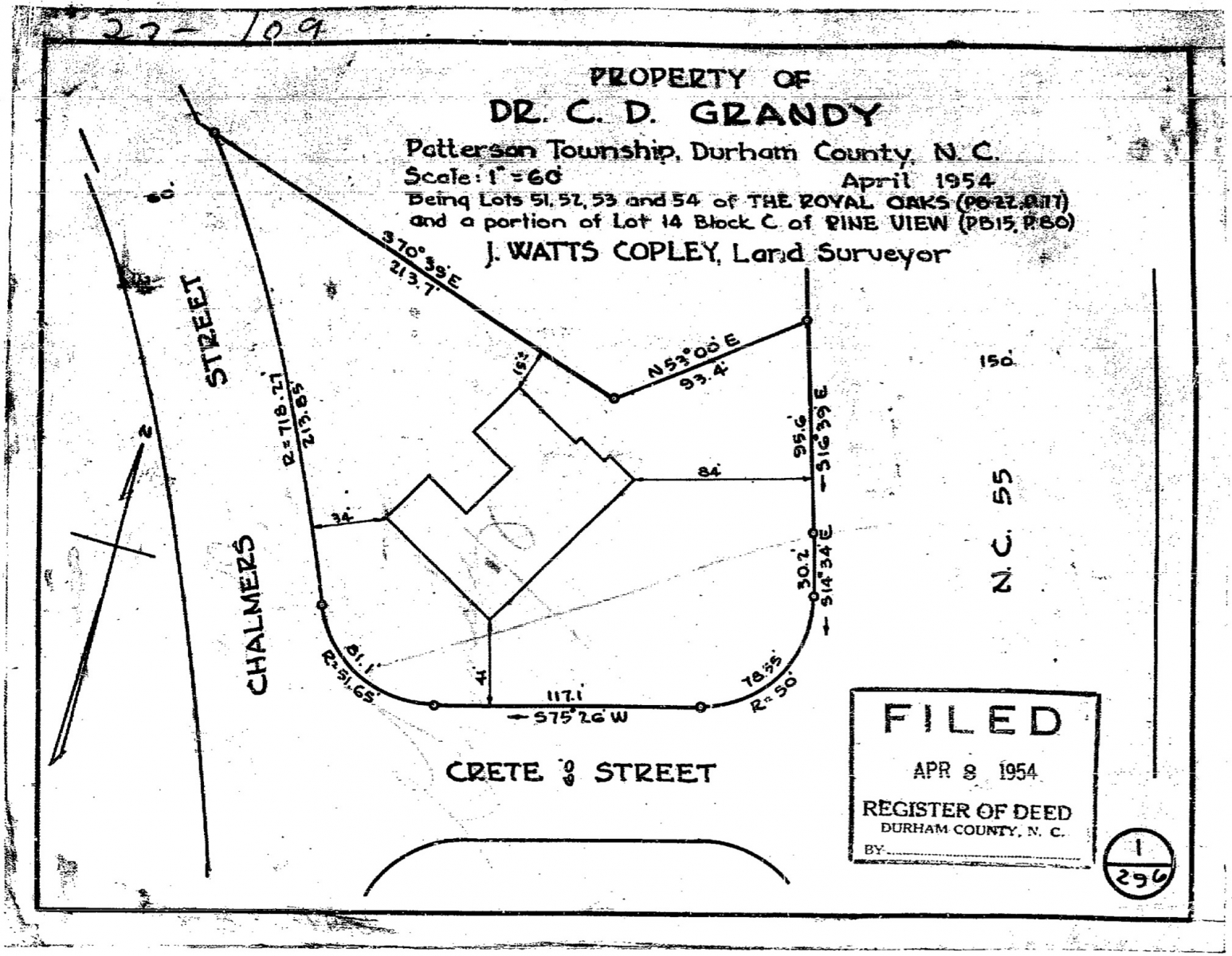 Dr. Grandy was a long-time member of the medical staff at Lincoln Hospital and fulfilled leadership roles in professional associations on the local, state, and national level.  He built an office for his private practice at 613 Mobile Avenue in Hayti in the late 1940s, only to have it demolished as part of the Urban Renewal efforts of the 1960s.

Dr. Grandy passed away suddenly in December 1975 (see the announcement in The Carolina Times on DigitalNC), and the house has subsequently belonged to other families.