This is a unique house in Forest Hills both for its size and style.  A 1 1/2 story cottage style, the main house was built in 1928 and the garage and additional living space were added in 1947.  The current owners have occupied the house since 2005.  The impressive tree house built by the owner as of 2012 can be seen from the road.

The house at 108 Briar Cliff Road was constructed around 1928. The land (lots 83 & 84) was first purchased from The New Hope Realty Company in 1925 and passed through several different owners before it was purchased by A. K. Hulin in 1927.

Alva Kemp Hulin was a lifelong resident of Durham and operated the Durham Marble Works, which was founded in 1878 by his father, C. J. Hulin. The stone front wall along the street side of the lot is certainly a product of the Durham Marble Works. Alva, with wife Nettie and daughter Gloria, moved into the house shortly after 1927 and are listed there in the 1930 city directory.

In 1940, the Hulins sold the house and property to C. W. Hall. Hall, and his wife Inez Abernathy Hall, purchased an adjoining lot (lot 85) in 1947 and likely constructed the garage on the west end of the house at that time. Clarence Windley Hall was a Durham native and lawyer for the firm Spears & Hall. His obituary lists an impressive range of accomplishments including education from the Oak Ridge Military Academy and both undergraduate and law degrees from the University of North Carolina at Chapel Hill. He was a veteran of World War II and a lieutenant colonel in the Judge Advocate General Corps from 1942 to 1946. From 1953 to 1977 he was an N. C. Superior Court Judge. His wife, Inez, was also highly educated with a degree from Duke University and further study at the University of Lyon in France. The Halls sold the house in 1969 and it changed hands several times through the latter half of the twentieth century.

1-1⁄2-story side-gable Period Cottage with a shallow gabled front wing, an engaged corner porch with boxed posts, front wood casement windows, and side 9-over-9 and 6-over-6 sash windows. Other features are an original 1-story side garage wing and exterior end chimney. The granite retaining wall is original built by Alva Kemp Hulin's Durham Marble Works. 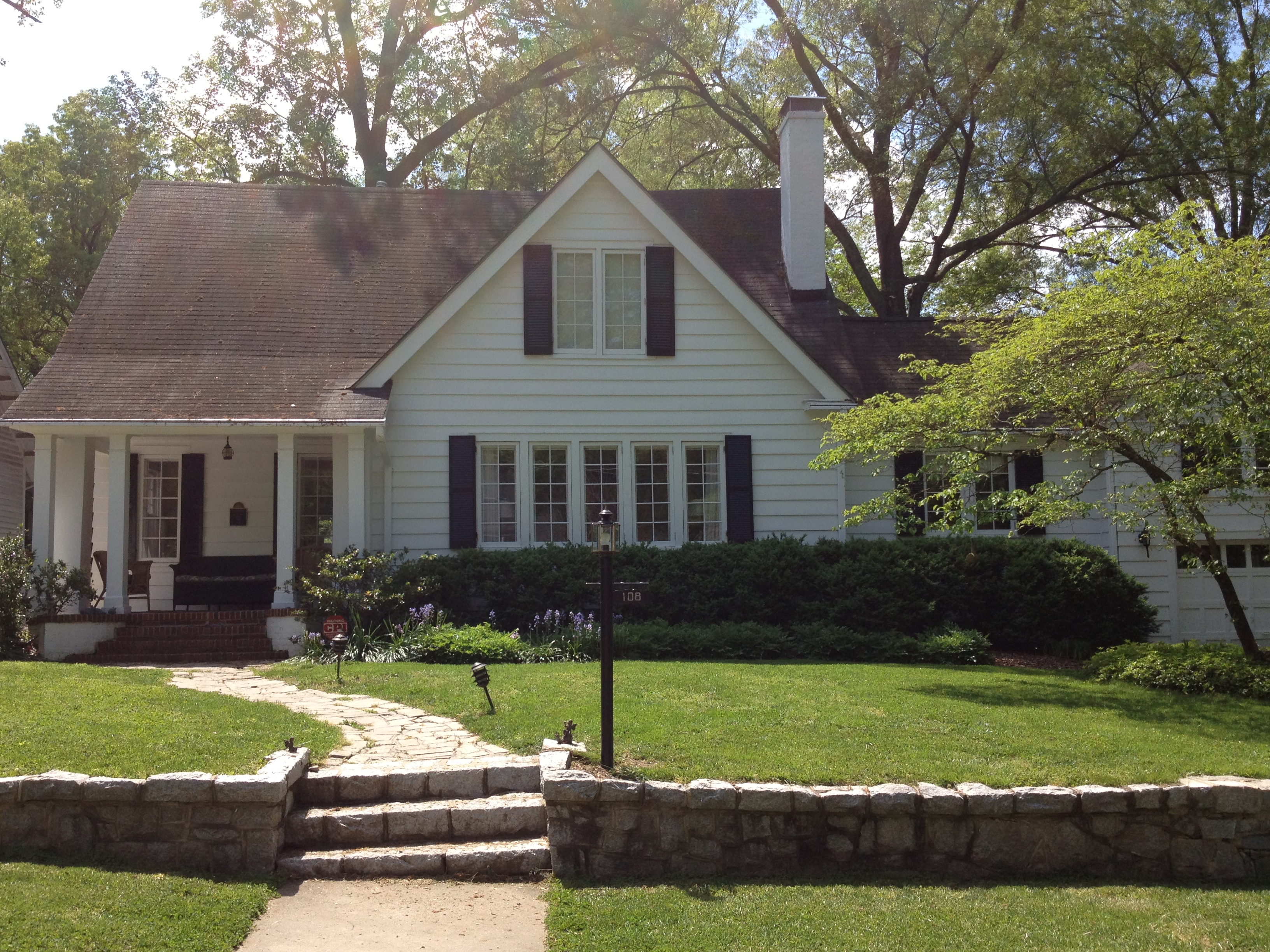