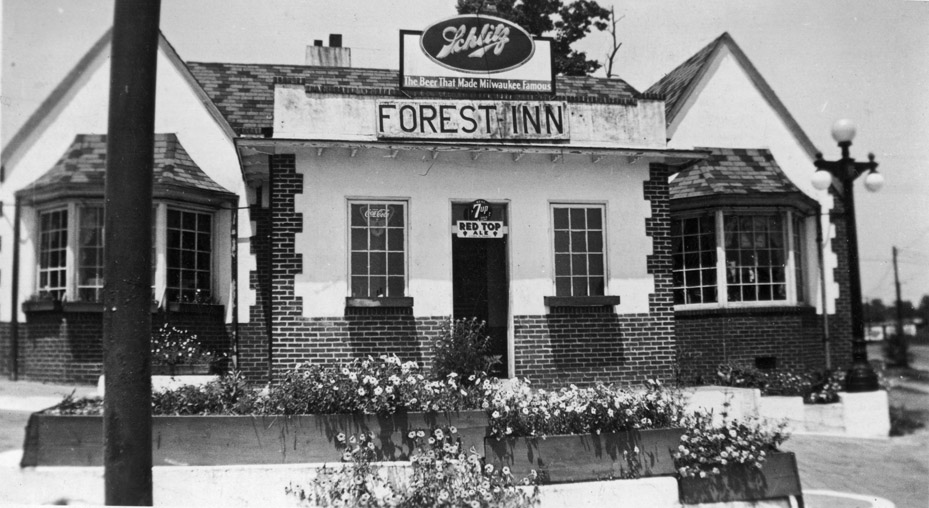 Looking east from the intersection of Vickers and University Drive, ~1938.

There are fun occasions when a piece of Durham history, although small, can completely surprise me. The Durham narrative, as with that of many cities, gets whittled down to such a tiny handful of rote histories of a place. Daily exposure to the most significant secondary sources, Durham County by Jean Anderson and the Historic Inventory, leaves me, after five years with the feeling - while we are fortunate to have both - of just how incomplete these are. This incompleteness is necessary when writing a book, and one of the great benefits of doing history online.

The Forest Inn represents one such piece of Durham's history - one of curious origin, and one that shone brightly for such a short period of time that it has disappeared from the collective memory and our written histories.

Gladys Glenn, who grew up next door and whose parents ran the restaurant, collected the history as she knows it (as she was an infant during its 6 year lifespan,) and I've pieced together the rest from primary sources.

It appears that the New Hope Realty Company, developers of Forest Hills, deeded the property to Gulf Refining Co. in June of 1926. Given that Gulf paid $12,000 for the property at the time (roughly $150K in current $,) my guess is that the building was already constructed. As the picture shows, this wasn't any ordinary commercial building of the time. And it was clearly, in 1925, owned by the New Hope Realty Company - and included at the northern boundary of the Forest Hills development. In the deed, it is referred to as the "Store Lot." 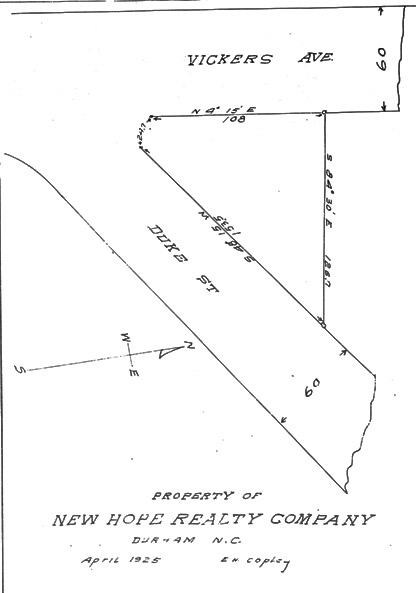 1925 plat of the property for New Hope Realty.

Based on the architectural detail and style, as well as the landscape features, my guess is that this building was executed by New Hope Realty - perhaps along with the clubhouse, and then sold to Gulf Refining - in an effort to create a a nearby commercial presence for residents of Forest Hills. I'd be curious if it was designed by George Watts Carr.

It appears that Gulf may have operated this as a gas station between 1930-1931, but then is no longer listed. The "Dixie Pig Barbecue Stand" appears to have possibly been operating here during 1931-1933; city directories are confusing as to whether it was located in this building or actually in a stand next to the building.

By 1934, Cecil Smith was running the restaurant, which was then called the Forest Inn Barbecue. 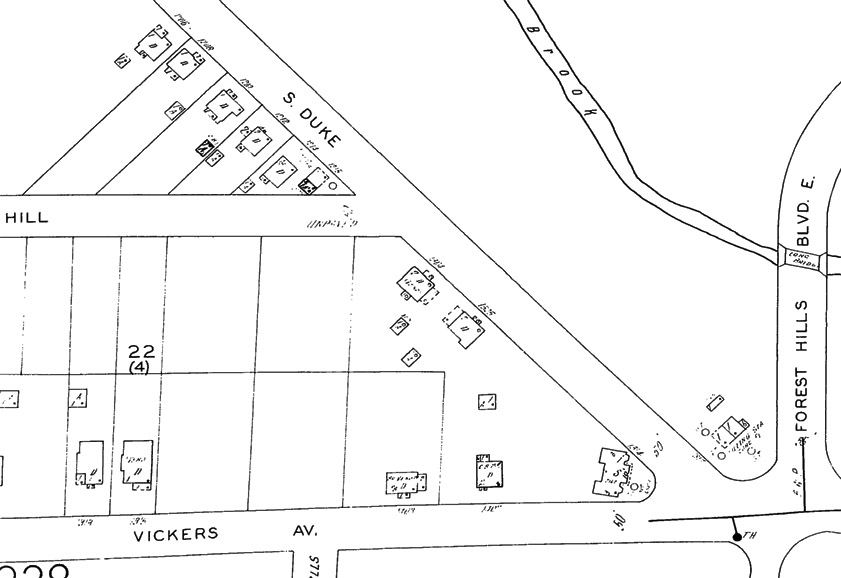 1937 Sanborn map, showing the distinctive outline of the building facing the 'point' of South Duke and Vickers. 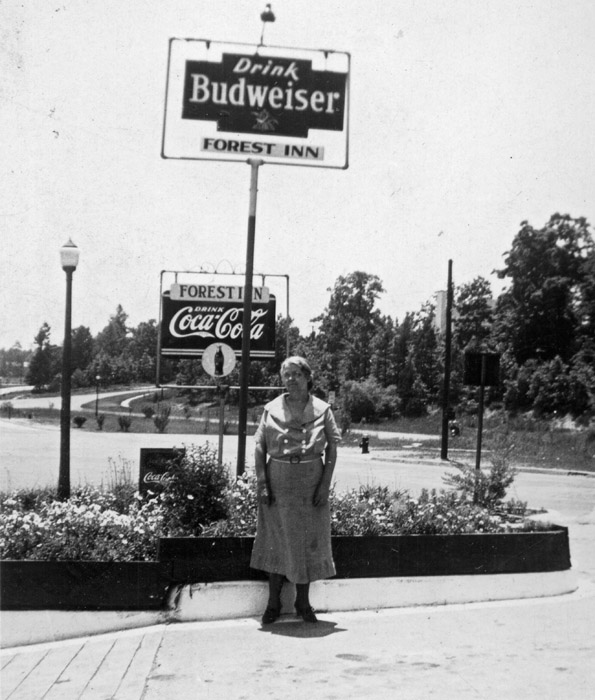 Looking west down University Drive from the front of the Forest Inn, ~1938 (Courtesy Gladys Glenn) 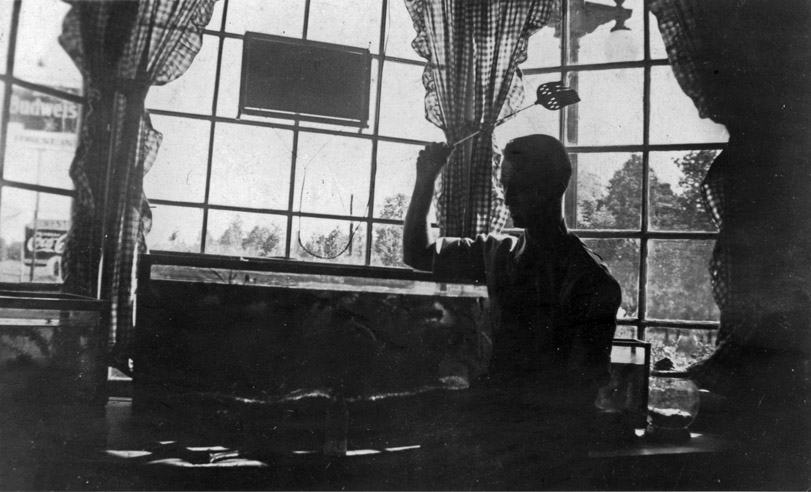 Interior with aquaria and flyswatter, looking out the front windows, ~1938 (Courtesy Gladys Glenn)

Beer and the front of the Forest Inn, ~1938 (Courtesy Gladys Glenn)

For unclear reasons, the Forest Inn shut down in 1940. Gulf Refining tore down the building soon thereafter and built a more traditional service station on the site by 1941. 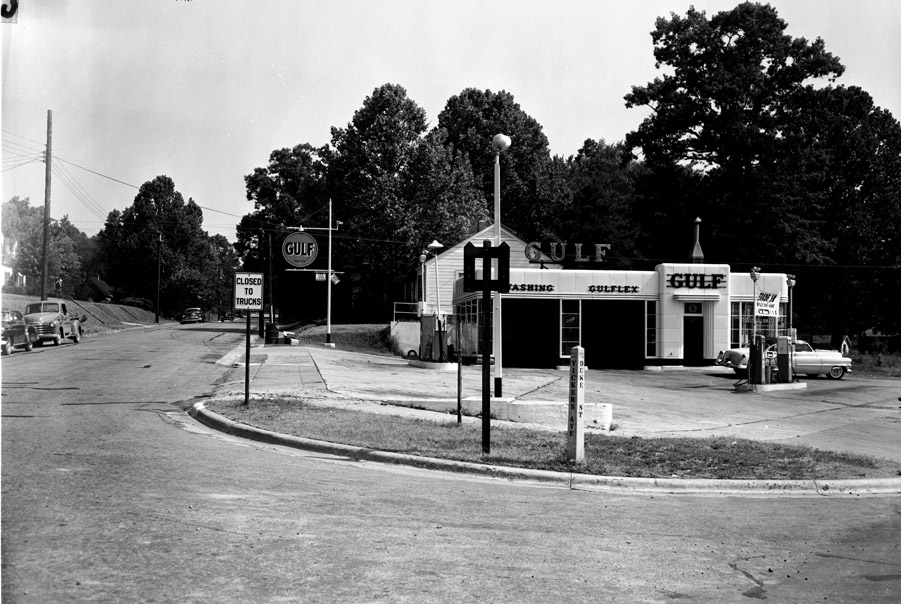 In 1955, Gulf purchased the lot just to the north of the gas station and tore down the house that had been built at 1409 Vickers (the white house visible above); it appears that soon thereafter they replaced the 1940s era station with another station.

That remains the building on this lot - now no longer a gas station, but an auto-oriented inspection/tire/repair business. 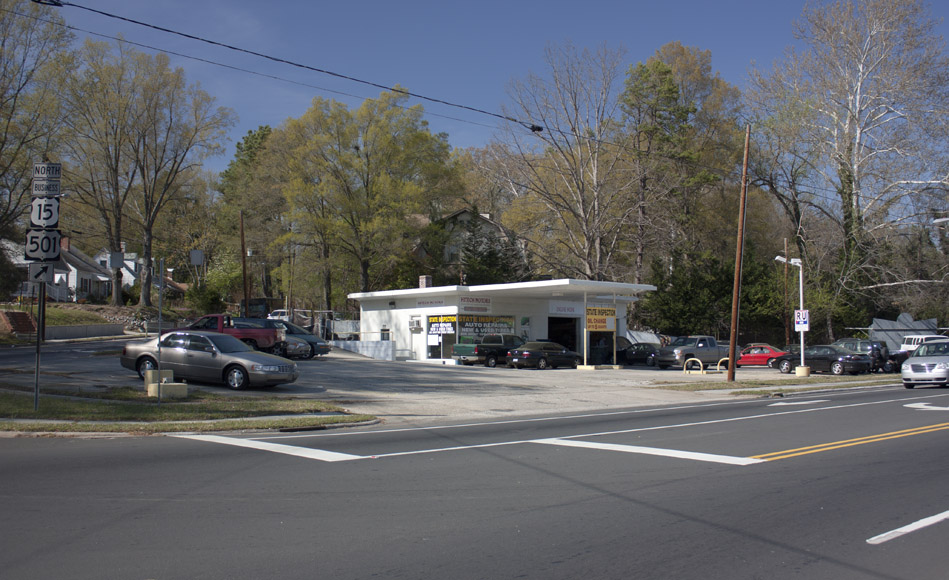