The Durham Fire Drill Tower was constructed in May 1926, designed by Durham architects Atwood and Nash, who likely also designed the adjacent Durham City Garage. The name makes the use rather evident, but the 61 foot tall tower provided a practice facility for Durham firefighters. It included a standpipe system, smoke room, safety net, and platforms. 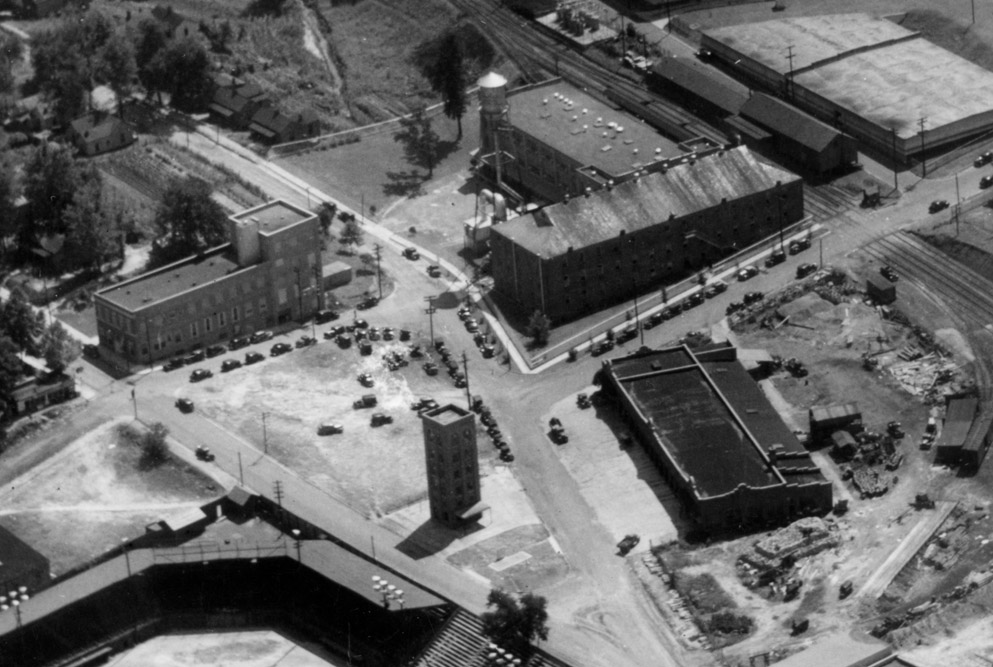 As you can note from the picture above, the fire tower originally lived on its own island between Washington St. and Morris St., with ample space around it for other drill activities or impromptu parking. 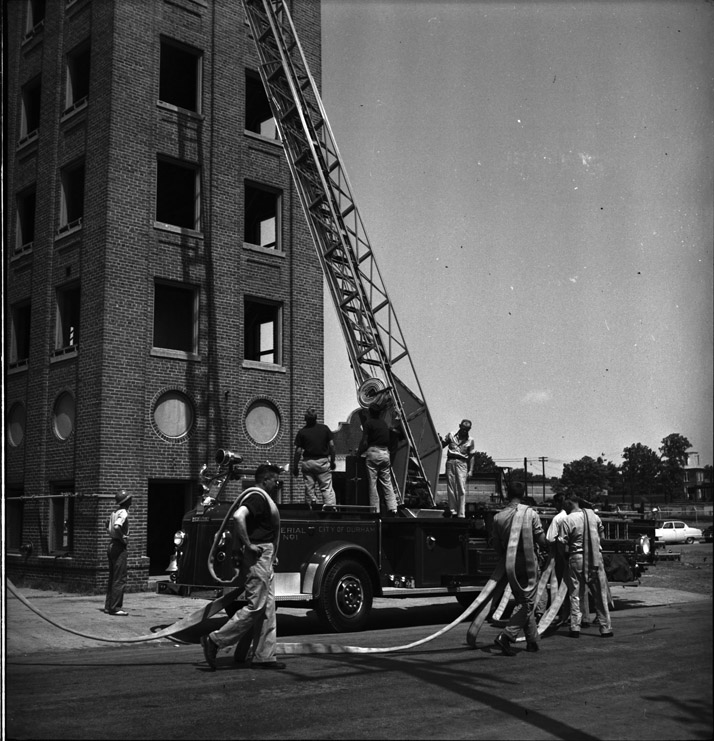 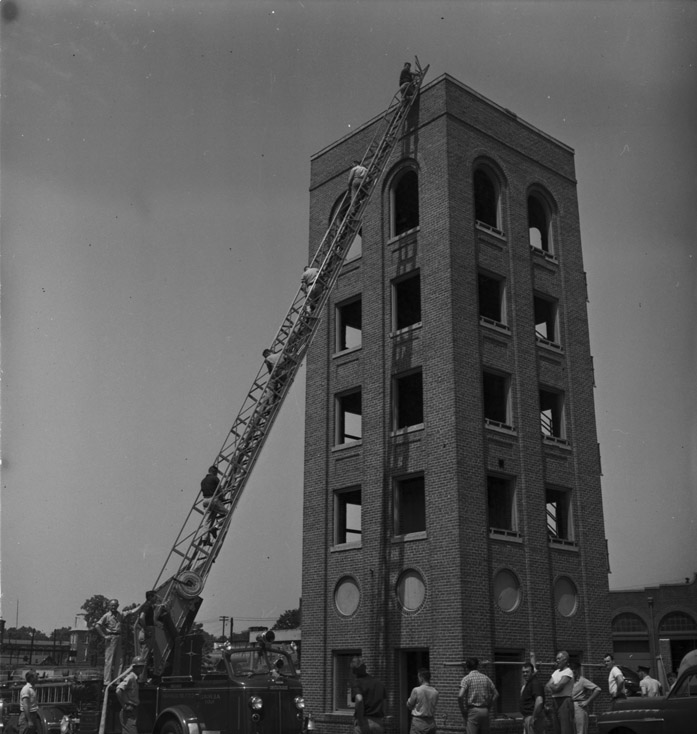 In 1963, the roads were realigned and the portion of Washington St. separating the tower from the City Garage was closed.

The fire department used the tower until the early 1970s, at which point they felt that the tower was no longer safe for drill activities.

The tower languished until purchased along with the City Garage by Todd Zapolski. The tower was exterior/shell renovated at that point - I believe many ideas were floated at the time (and likely have been since) on how to make the tower a usable interior space. Unfortunately, I think if you put an interior stair or elevator in the tower, you wouldn't have much of a floorplate left. 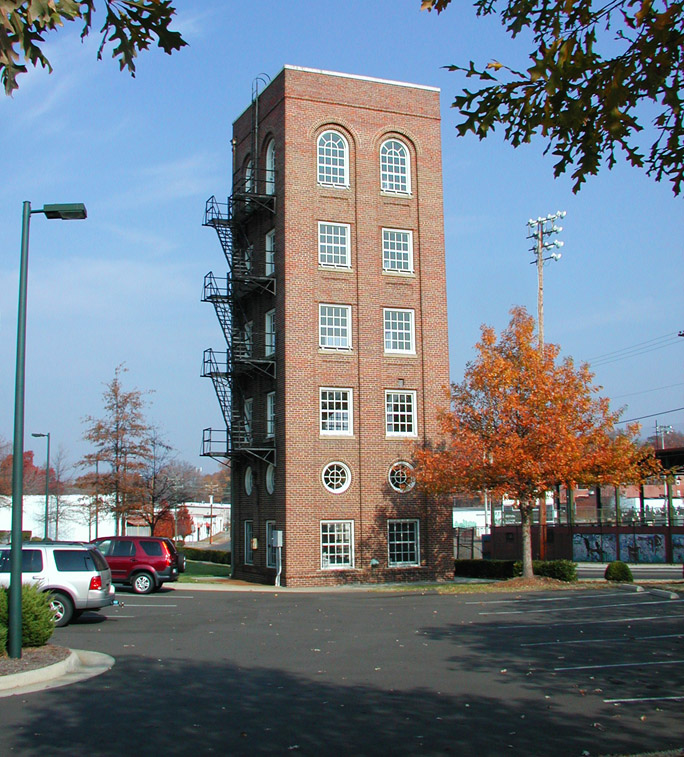 It's too bad they realigned

It's too bad they realigned the streets. It looks like it formed an interesting public space when the tower was separate from the City Garage building. Imagine what that old public space could be like today, at night, filled with people and music, with the tower lighted. Another one of my urban redesign fantasies...

Thank you for the update; the

Thank you for the update; the tower looks quite elegant these days! Other than an observation platform along the lines of the "light house" at Hilton Head, I can't imagine a current use for the structure. I have no idea whether there's a view worth seeing from that vantage point, though.

It would have been great if

It would have been great if the Fire department could have put a museum in there. The fire department union tried to get the city to allow us to do so but they sold it. At the hight of the tower while it was still in use, citys from all over NC came and attended classes here in Durham. At the time the Durham fire department was the best in NC, even better than Raleigh and Charlotte FD.

with all those windows, the

with all those windows, the space would make a great gallery or museum.

Steel circular stair cases. That's what they did in Boston to a church tower the converted into a living space. But I think that pone had a bit of a bigger footprint.

I'm so glad to finally find

I'm so glad to finally find out what this is! I moved to Durham, right down the street, in January, and pass it all the time walking the dogs. It's great that it's still there even though it is not terribly functional.