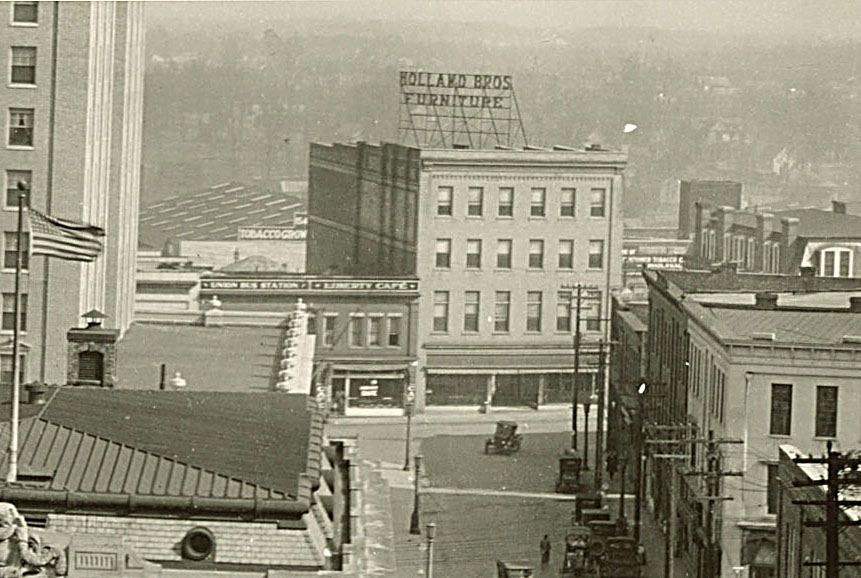 Ever wonder why Corcoran St. stopped at East Chapel Hill St. until the 2006-2007 link with Foster St.? Because Willie Mangum's farm was in the way when the streets were laid out. 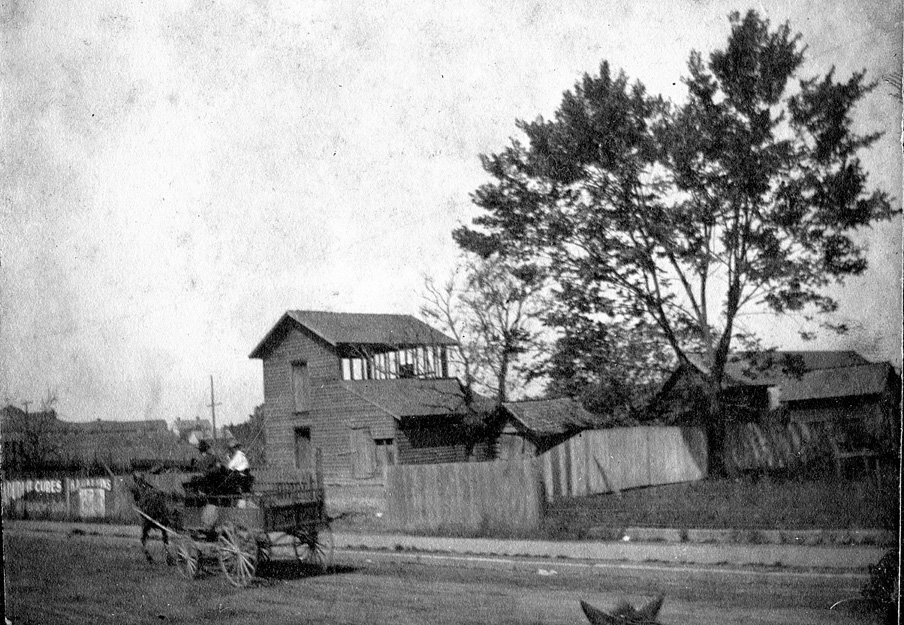 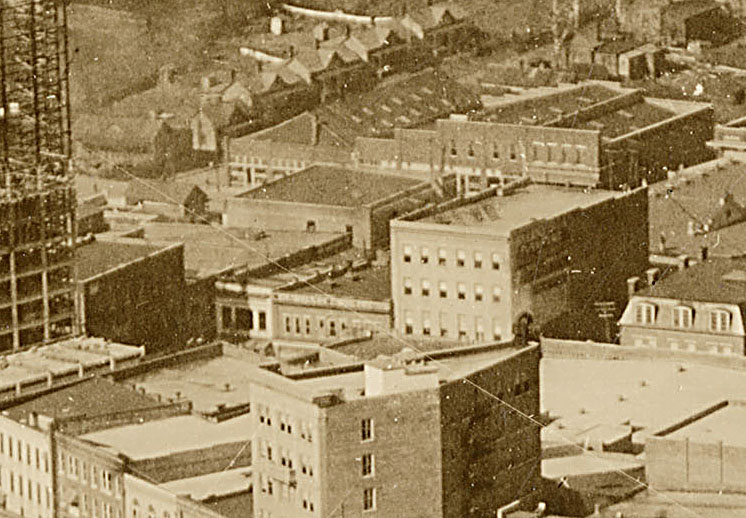 This clearer view of the buildings looking north up Corcoran shows that the easternmost building was a Holland Furniture building, built in 1914.
(Courtesy Duke Archives) 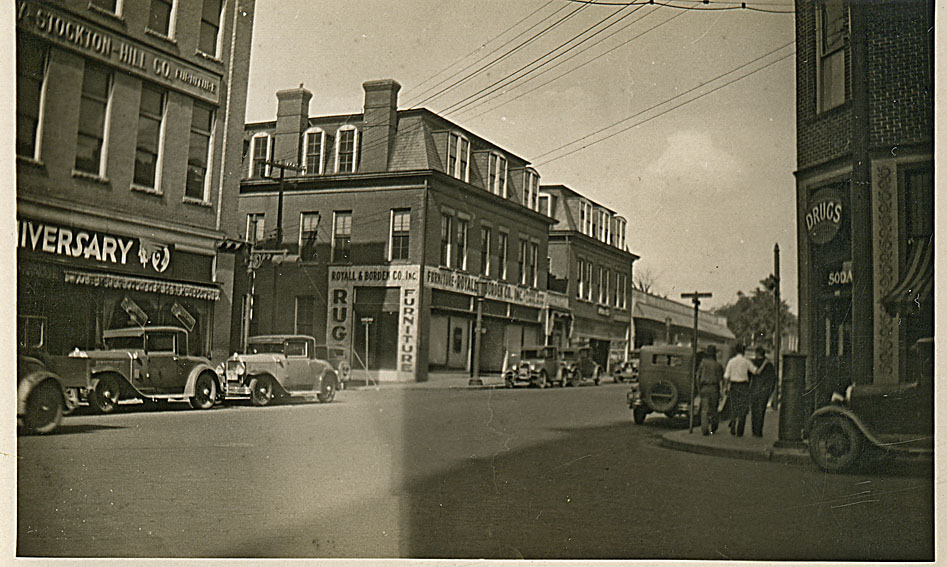 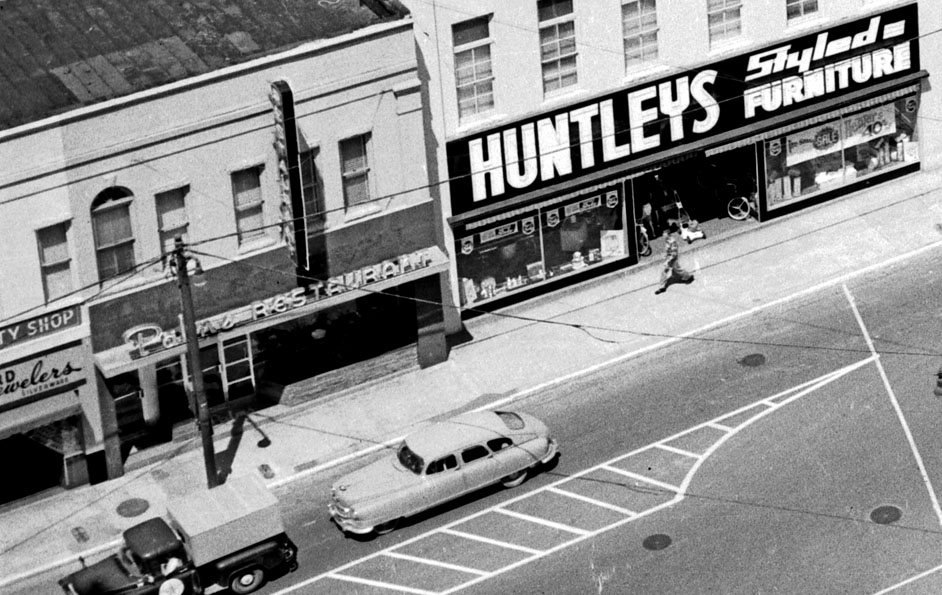 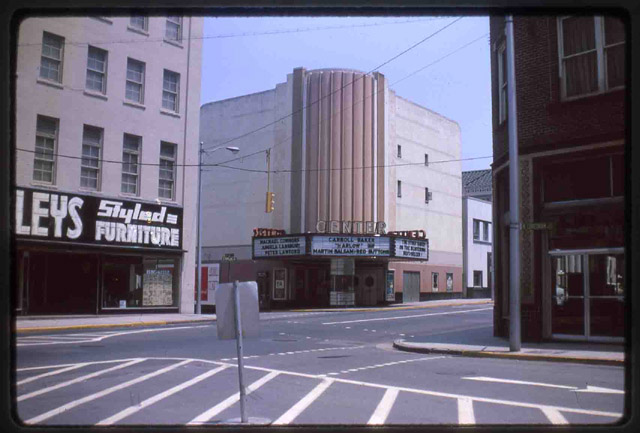 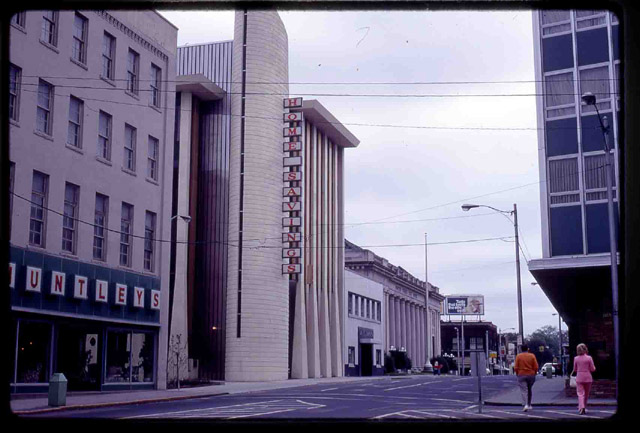 By the early 1980s, it had become Bargain Furniture. 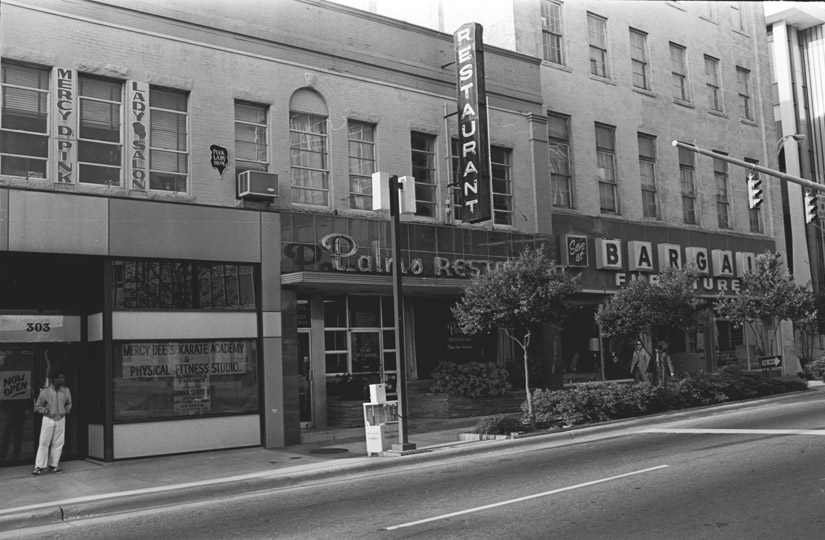 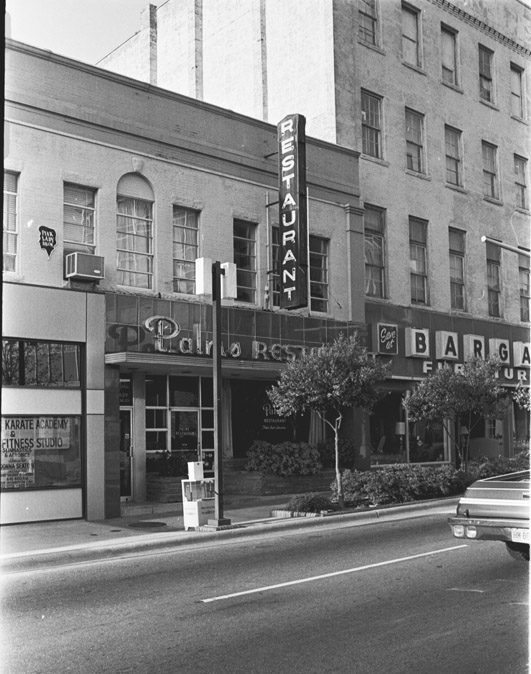 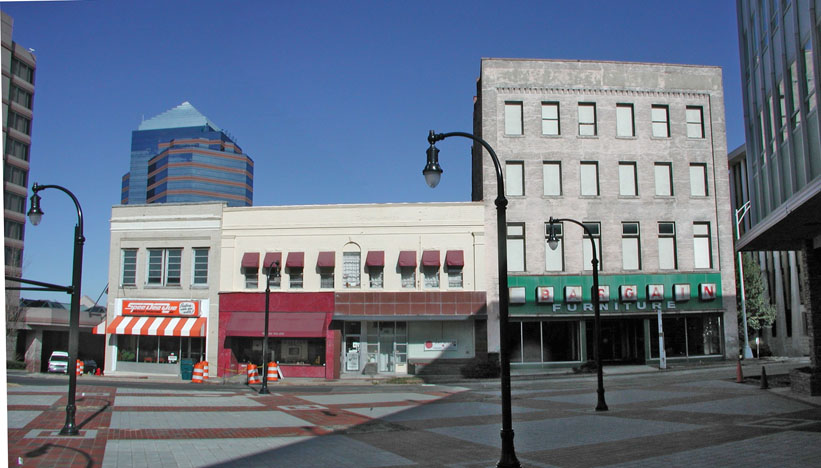 I keep hoping something interesting will happen with the building-of-a-thousand-furniture-stores. It's been vacant for awhile - the owner is listed as "Empire Alliance Properties" which seems to be the same address as Empire Properties, Raleigh developers who have done many of the buildings in their downtown. Wade Penny sold the building to this group in August 2005 for $442,000. I was in there around that time, and again last summer for the big-blue-circle gig, and it doesn't appear that any active renovation is going on. They have a good track record in Raleigh, so hopefully that means good things for this property. (They also own the two empty buildings just to the east, on the other side of E. Chapel Hill St., which I'll be profiling next week.)

Update 3/15/07:
I don't know if I missed this before, but Empire is preselling retail(first floor) and ofice upper floors of this building with a target date of Q4 2007 for the first floor and Q1 2008 for the upper. 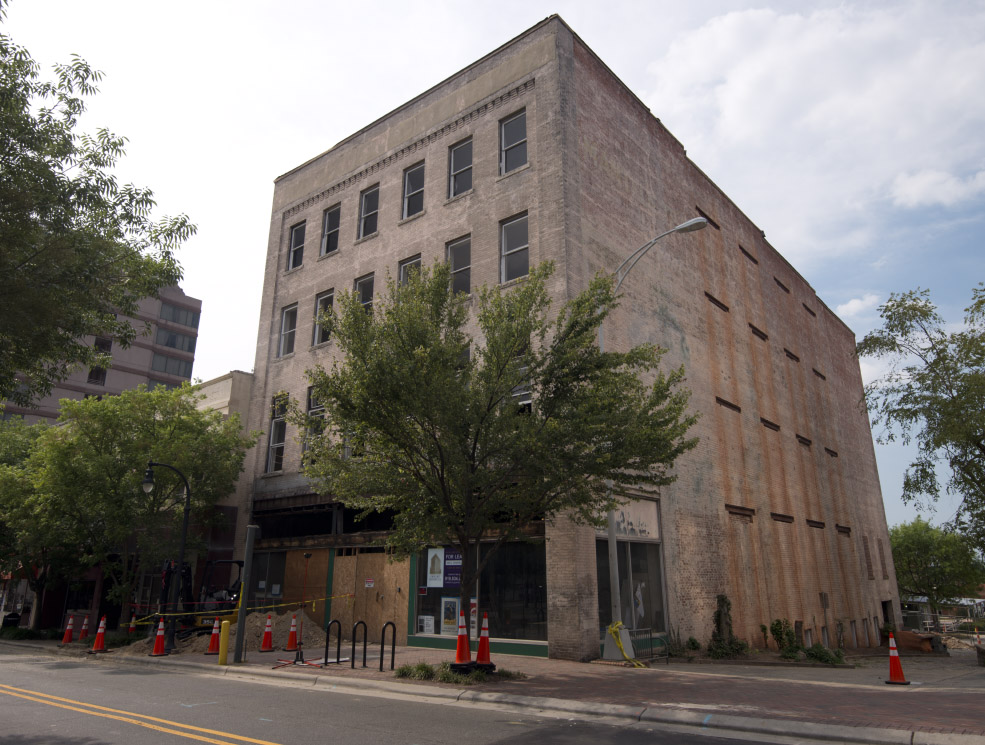 I recently happened upon an

I recently happened upon an article in the Durham Central Junior High School newspaper (Junior Hi-Lights) dated 10/23/1940 that tells the story about Corcoran vs the farm. The article is titled "When Durham Was Young" (p.2)  and it says: "...when Corcoran was laid out, it was stopped there because of protests sent up from an old lady saying that should the street go straight through, it would go between her farm house and cow barn, and then she would have to cross the street to feed and milk her cows. The street, consequently, was stopped at the fence gate of her front yard."