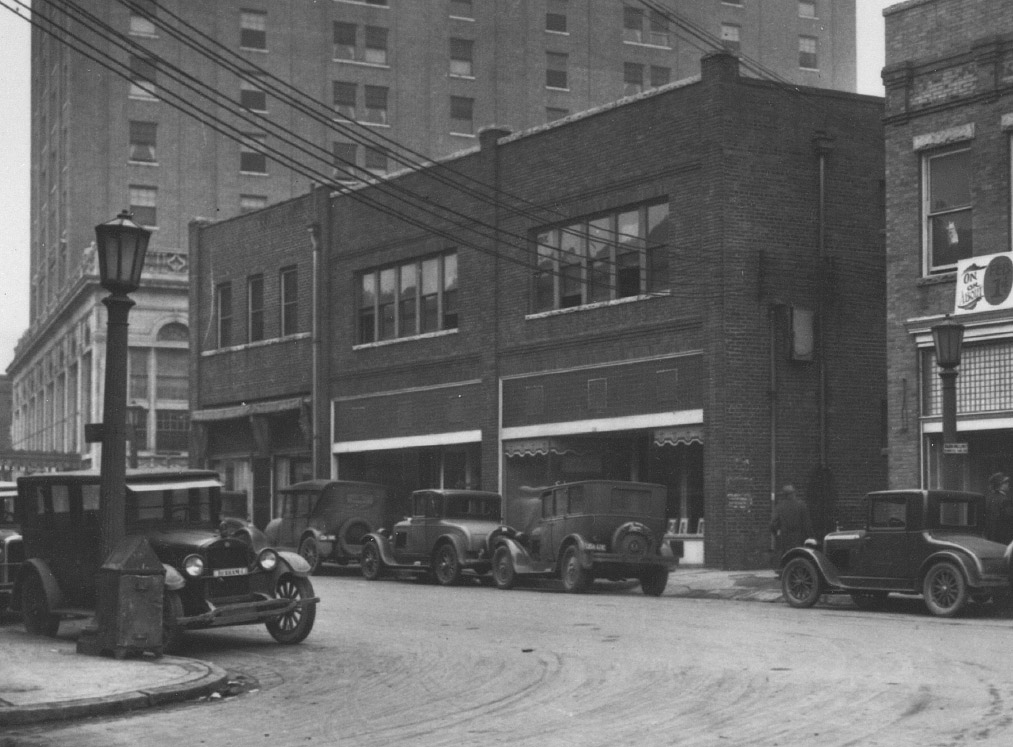 121 Market Street was built in the early 1920s on previously vacant land. 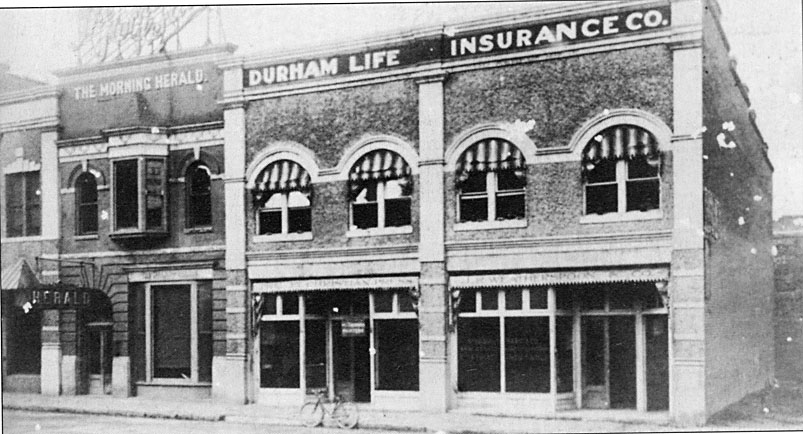 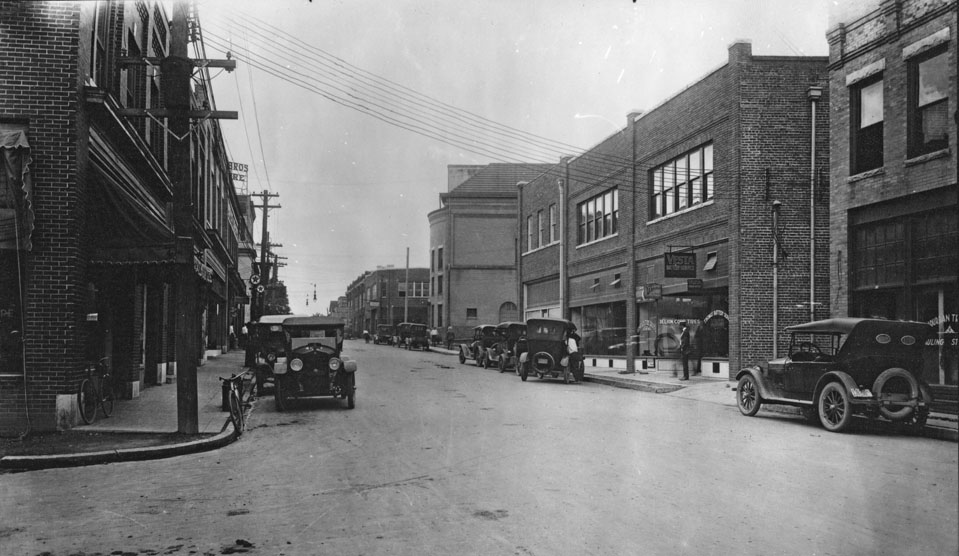 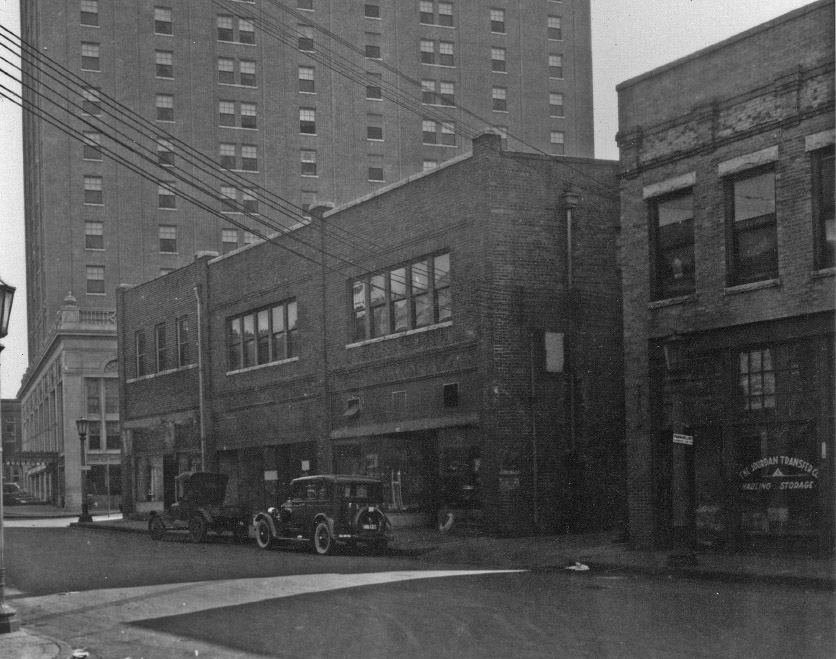 In 1929, the Herald acquired the Durham Sun, which had formerly been located in East Main St. (that building still stands at 306 E. Main). In 1930, the company tore down the above bulidings to build a new Herald-Sun building.
By the 1940s, the Herald-Sun again needed to expand and purchased the buildings to the east of the alley, including 121 Market St. 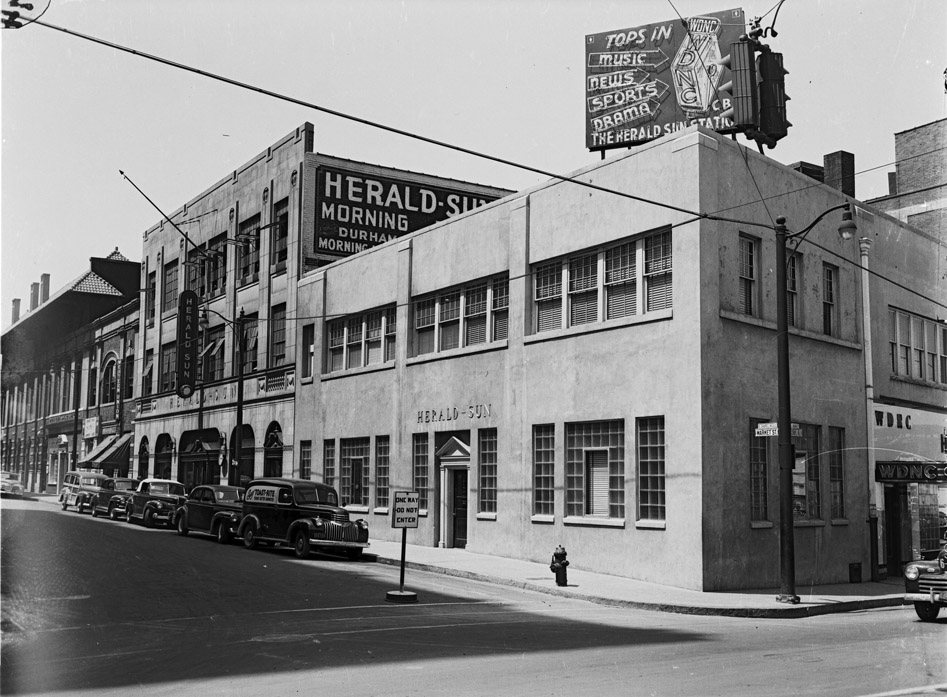 121 Market St. with the pedimented entrance and "Herald-Sun" above the door - part of the 1940s expansion 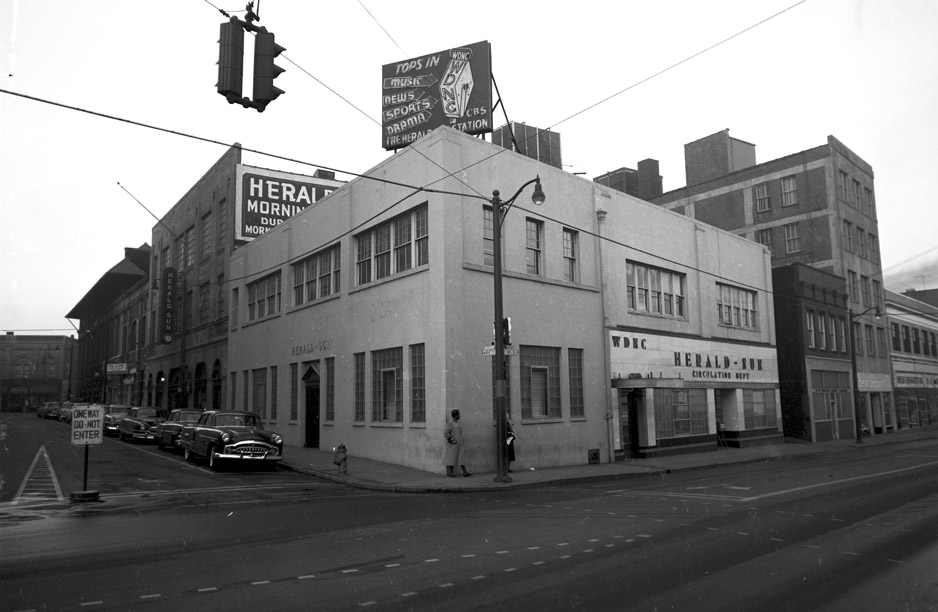 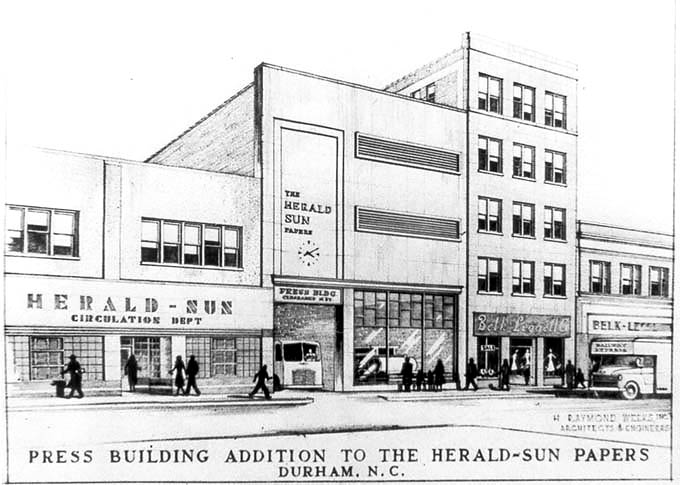 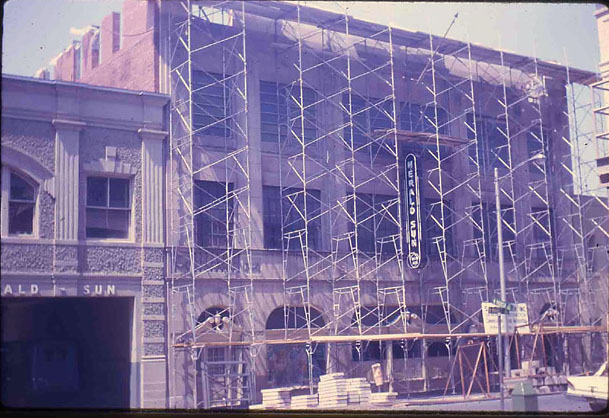 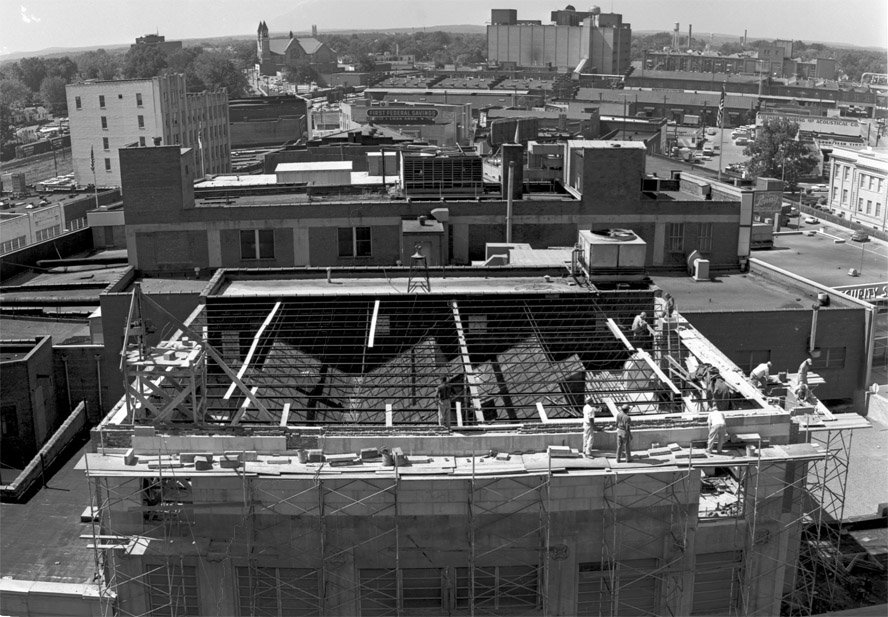 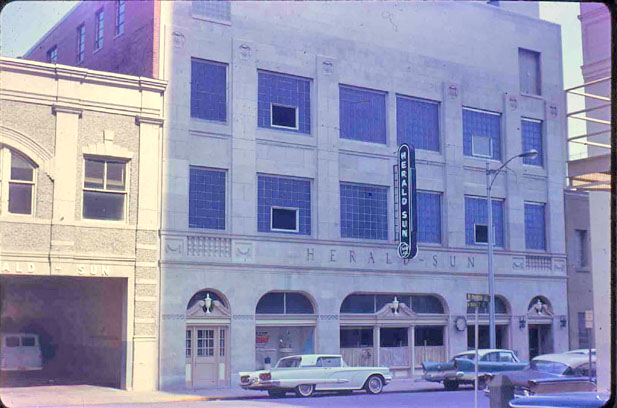 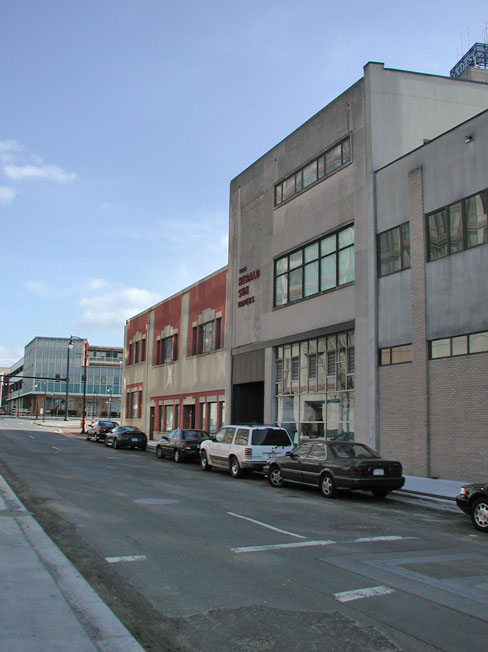 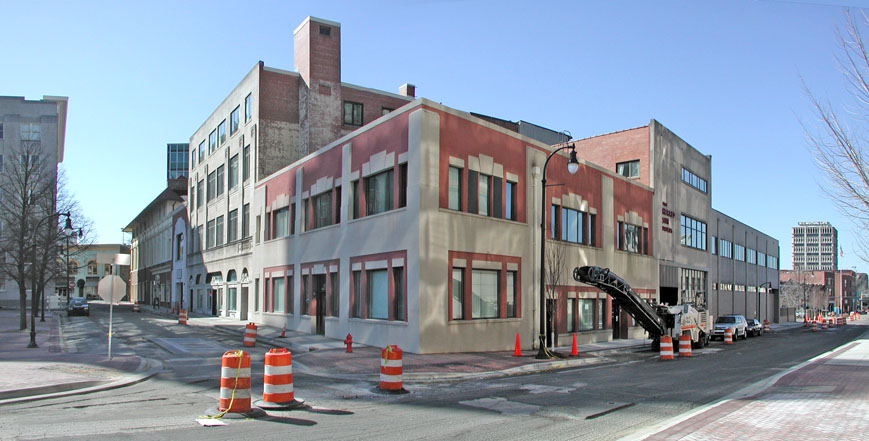 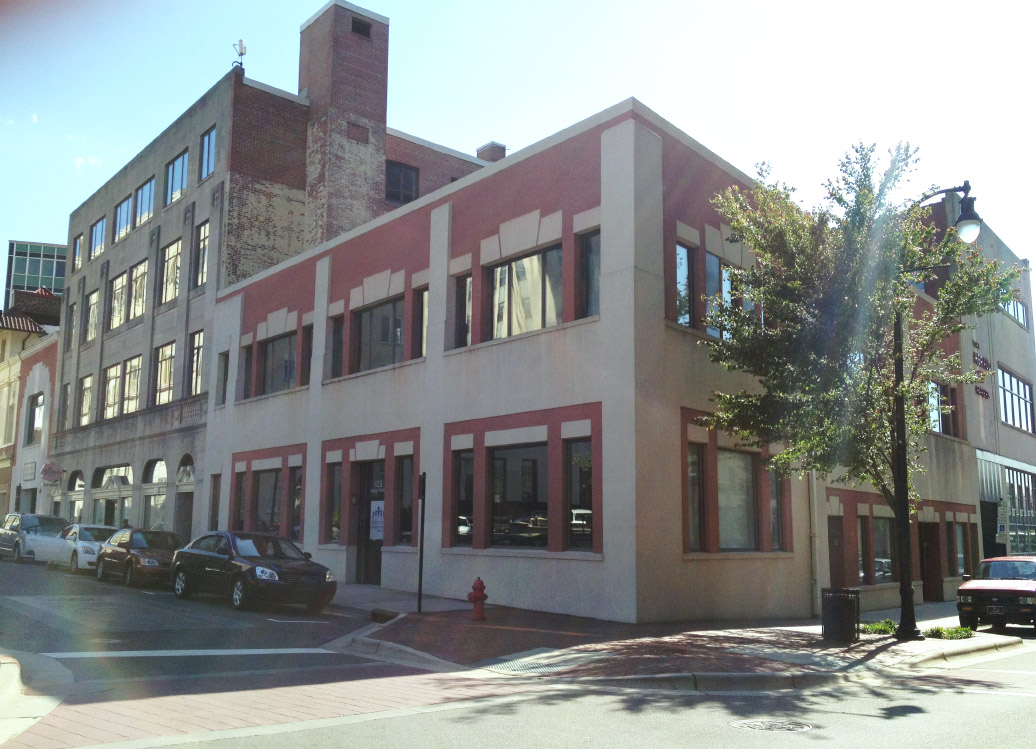