In 1923 John M. Markham sold two 50 foot lots, 1008 and 1010 West Markham Avenue, to Grover Vance Massey and his wife Addie Upchurch Massey.  The US Census of 1920 records the Masseys as being 31 years old, owning their own home on Broadway Street in Durham, and having no children.

According to Durham City Directories, G Vance Massey worked at Upchurch Bros. & Massey in 1920. He lived at 107 Broadway and worked at the wholesale grocery firm at 117-19 E Parrish Street. His partners were Pender E. and Leon W. Upchurch (his wife’s relations?). In the years 1921-26 he is listed as a salesman for Southern Feed & Grocery Co. 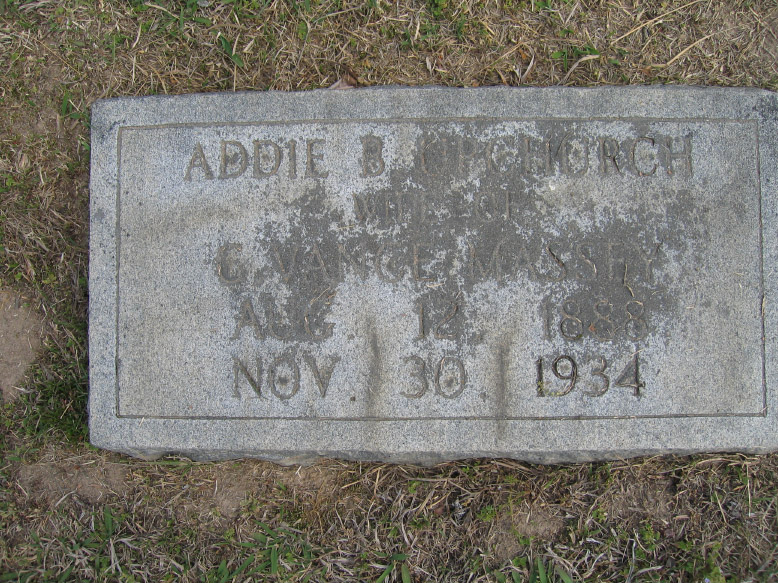