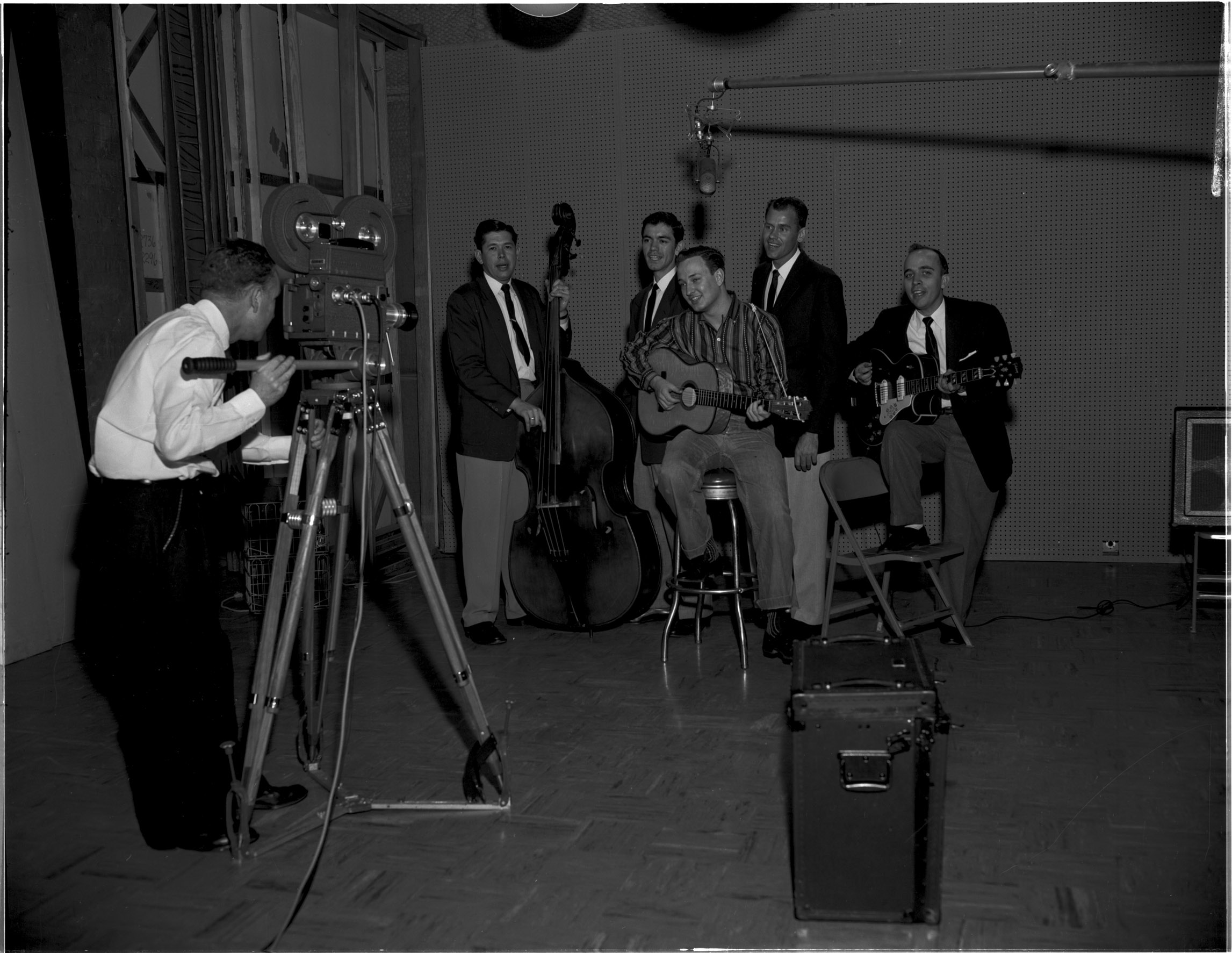 The Country Music Hall of Fame and Grammy-award winning composer was born in 1934 "on a kitchen table" at 8th and C streets in West Durham. Today, that corner is better known as Iredell and West Knox.

The Loudermilk family lived in several houses in Durham. As a youngster, Loudermilk lived on Dezern Place, near Erwin Mill No. 4 in West Durham (the house still stands today, near Hale and Hillsborough).

In a 2003 interview with OWDNA, Loudermilk said Ernest Moon was his first musical influence. Moon and his wife (who worked at Erwin Mills) lived a couple of blocks north of East Campus. The young Loudermilk was delivering telegrams in West Durham and heard Moon playing a classical gut guitar on his porch. Loudermilk was hooked.

The Loudermilk name is more common in the Salisbury area where many Rhinelanders settled. The so-called "Carolina Dutch" had come down the Great Wagon Road from Philadelphia.

When living on South Duke Street (near Richard Morgan's childhood home), Loudermilk's mother sent him to the A&P near Duke Memorial Church. She'd send him early in the morning to hide hard-to-find soap behind the Corn Flakes so his parents would find them later. (This A&P store later served as the Trailways/Greyhound bus station, before the bus lines moved to the new Durham Station.)

As a kid, Loudermilk had early musical training in the Salvation Army Band, where he learned to play trumpet, flugel horn, saxophone, trombone and bass drum.

Loudermilk said Carden's Dance Hall was the first place he performed on stage. He called the place out near Highway 70 and 751, 'a rough place.' It's still standing, behind Libby's Too.

Loudermilk is perhaps best known as the composer of "Tobacco Road" -- a stark, stomping tale of hard-bitten Southern poverty with a strong blues flavor sung by Lou Rawls, Jefferson Airplane, Edgar Winter, and others.

In his 2003 interview, Loudermilk talked about delivering telegrams to Marvin's Alley in East Durham. This little lane was just east of the Angier/Alston intersection. (Since the mills owned the houses and the street, local police did not patrol the area. The strip became home to liquor houses, gambling houses, and houses of ill-repute.)

Loudermilk said he delivered telegrams and money orders here, and all the homes had their shades drawn.

In the interview, Loudermilk said Marvin's Alley was the inspiration for his hit song, 'Tobacco Road.'

Gonna leave, get a job
With the help and the grace of God
Save my money, get rich, I know
Bring it back to Tobacco Road

Bring a dynamite and a crane
Blow it up and start all over again
Build a town, be proud to show
Keep the name "Tobacco Road"

Written by Loudermilk in 1962, 'Tobacco Road' became a #5 hit for the Nashville Teens in 1964 during the peak of the Civil Rights movement in America. The song was also performed by Lou Rawls, David Lee Roth, Edgar Winter and many others.

'Tobacco Road' was far from Loudermilk's only success. In the late 1950s and early 1960s, he supplied material for country stars, teen idols, and rock singers, including "Waterloo" (Stonewall Jackson), "Angela Jones" (Johnny Ferguson), "Ebony Eyes" (Everly Brothers), "Norman" (Sue Thompson), "Abilene" (George Hamilton IV), "What Made Milwaukee Famous Has Made a Loser Out of Me" (Loudermilk), and "This Little Bird" (Marianne Faithfull's moody British hit).

When visiting his girlfriend in East Durham, he often stopped at Walgreen Drugs to pick up a candy bar. The store was a sale on flowers so, he bought her a rose and a Baby Ruth.


George Hamilton IV recorded Loudermilk's song, "A Rose And A Baby Ruth," in Chapel Hill. When radio stations started playing it, lawyers from the Baby Ruth Company sent Loudermilk and Hamilton a letter ordering them to immediately cease and desist performing the song. Shortly thereafter, as Baby Ruth sales jumped, a second letter arrived, saying it was OK to continue.

According to the BBC, Hamilton wasn't too happy with, "A Rose and A Baby Ruth" at first -- calling it a somewhat sappy teen ballad. He relented however and the single (first recorded on Colonial and then picked up by ABC-Paramont) shot into the American pop charts and went on to sell more than a million copies.