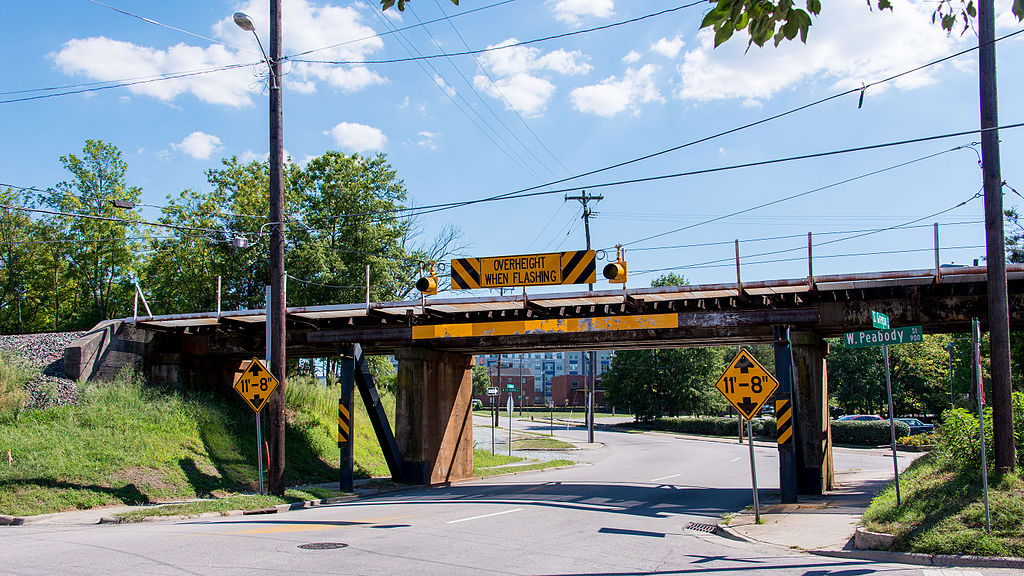 The bridge in August 2015. Retrieved from Wikipedia.

Much like railroad bridges at Roxboro Street, West Chapel Hill Street, and Ninth Street, the bridge at South Gregson Street has a very long history of catching truck-driving people unawares. It provides only 11 feet 8 inches of clearance, which is nearing limbo-dance territory.

While all of these bridges have sheared the tops from various trucks since at least the 1950s, the '11foot8' bridge has become the most celebrated of the decapitators, in part because of the alchemy of a heavily trafficked street, a neighborhood populated with many observers, an abundance of inexperienced drivers of 'box trucks,' which disintegrate spectacularly when encountering this bridge at more-than-average speed, and one Jürgen Henn, a man that works at an office at the corner of the southern intersection who put a camera in a window overlooking the bridge, and recorded some of these collisons. They were posted on YouTube, and one particular video has gotten lots of attention. In response, the Internet has coined the name "Canopener Bridge" for it.

The North Carolina Department of Transportation (NCDOT) installed a signal to warn trucks that are too tall to pass through not to pass, yet it had little effect.

After 2013, the railway placed large steel beams in front of the bridge, to protect it from further box trucks and prolong the next repair. This however doesn't seem to prevent the box trucks.

In the second half of 2016, the signal was replaced with a traffic light with an LED board, as accidents occured at the intersection (nothing to do with the bridge.) 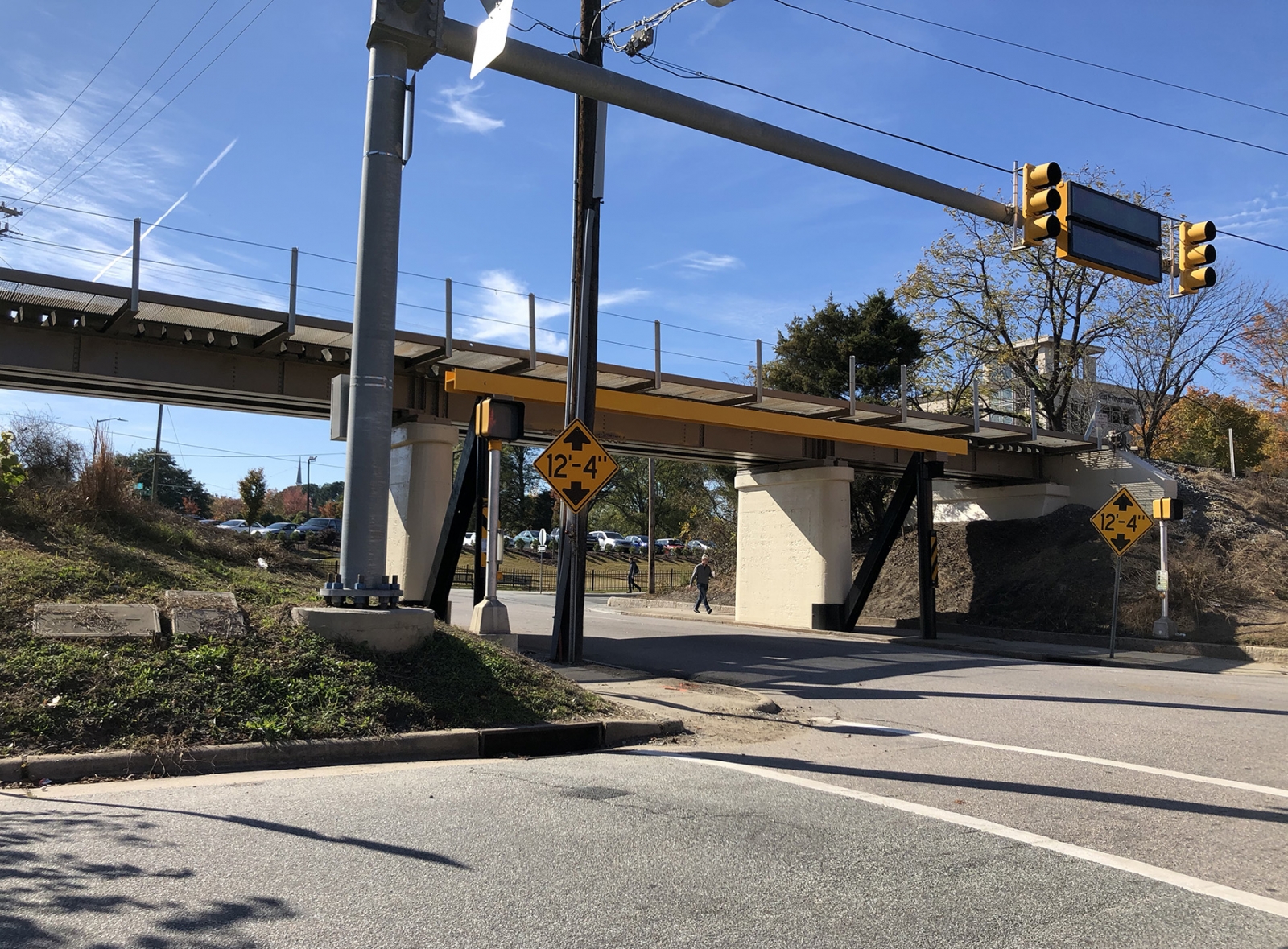