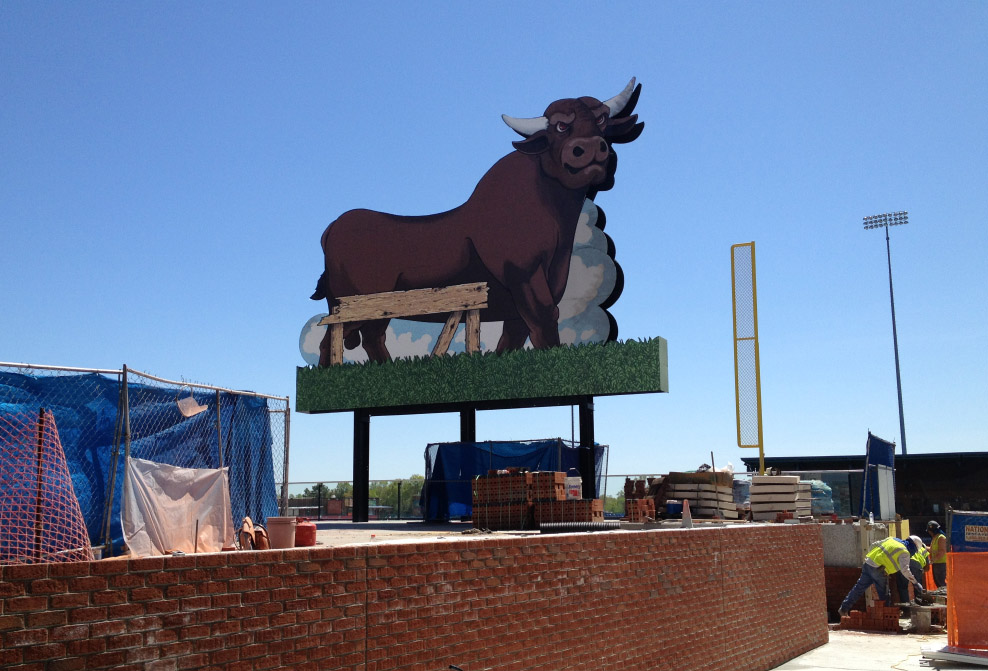 Despite its quaint "Hit Bull Win Steak" slogan, the sign in the Durham Bulls Athletic Park outfield is not all that old. It was, in fact, created by the writers/producers of the movie Bull Durham in 1987 and installed at the Durham Athletic Park. The sign remained after filming, and became integrated into the lore of the Bulls and the DAP.

The Bull was removed to the DBAP after construction, and erected in the outfield in 1998. In 2008, the bull was replaced with a larger 20' by 30' version that is double-sided.